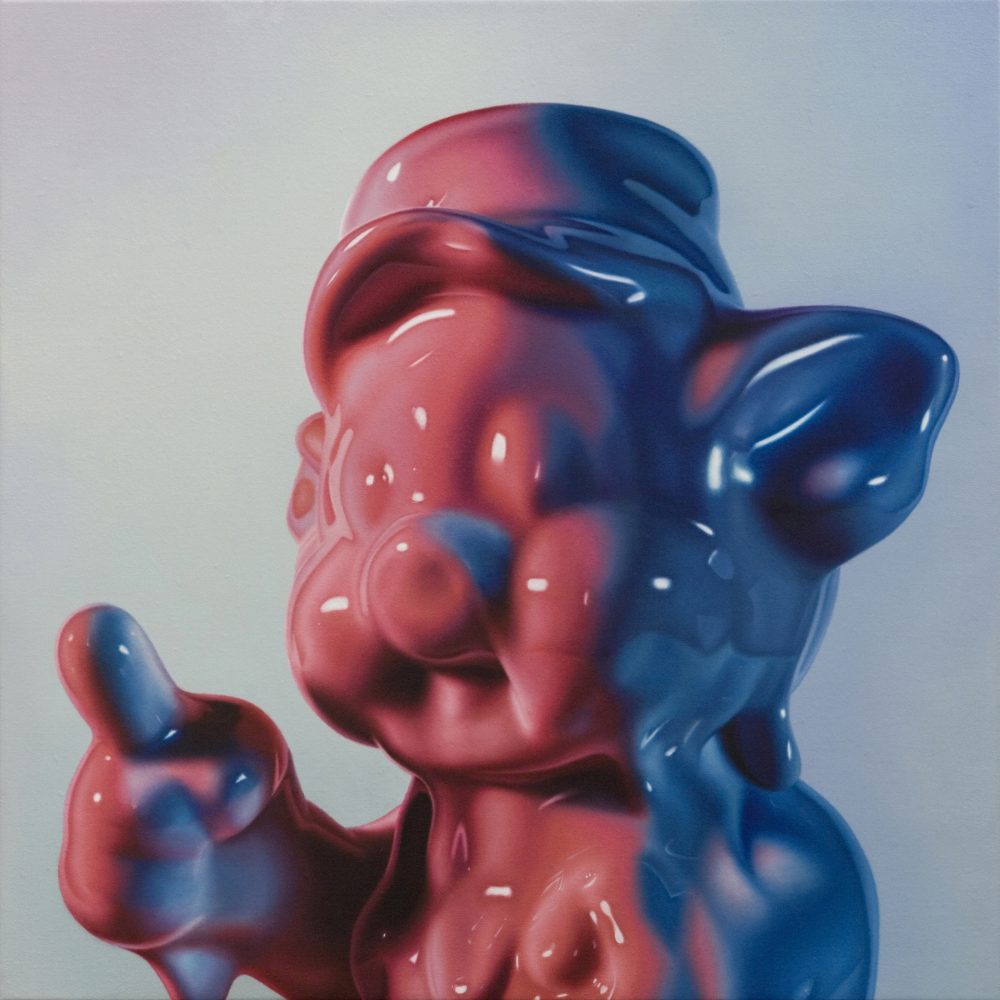 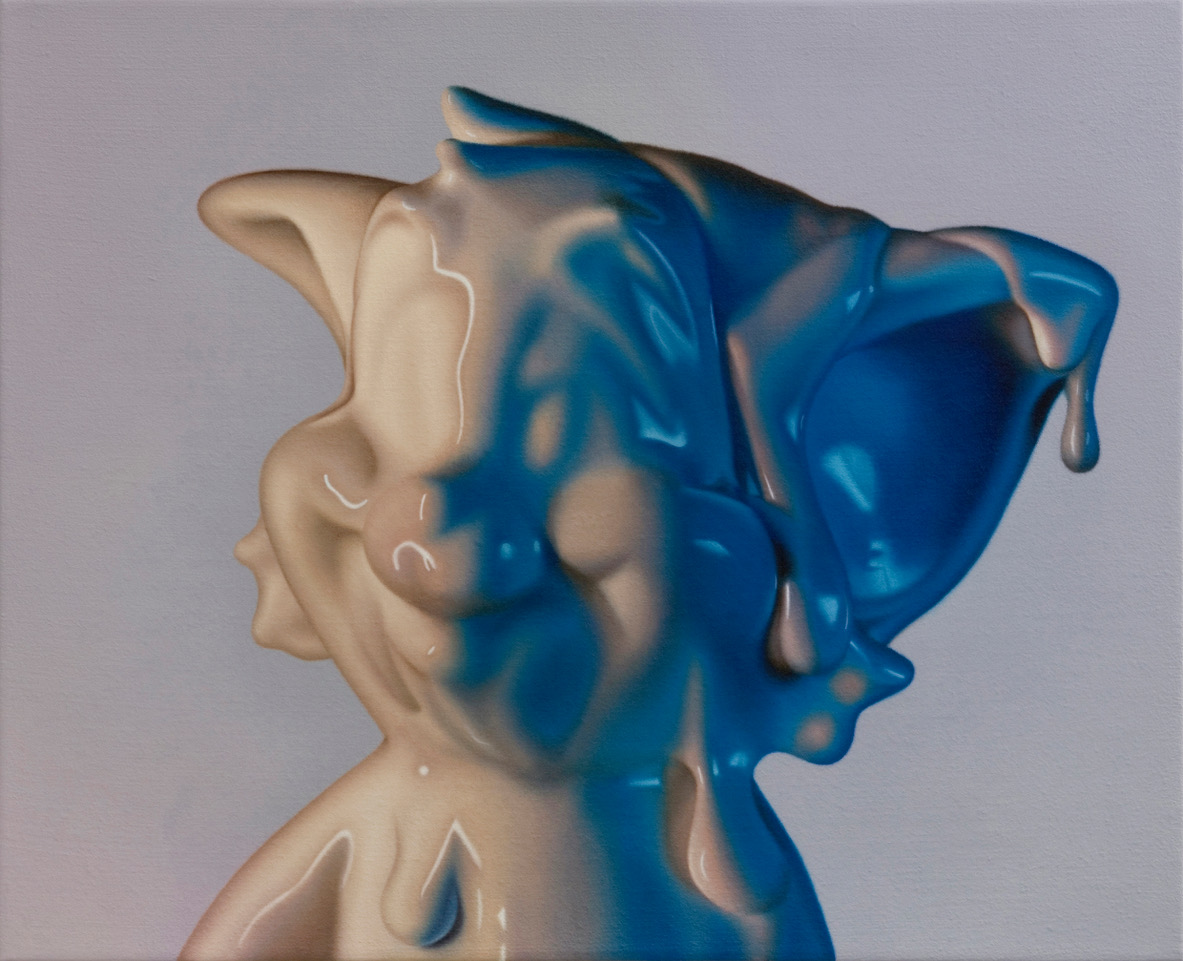 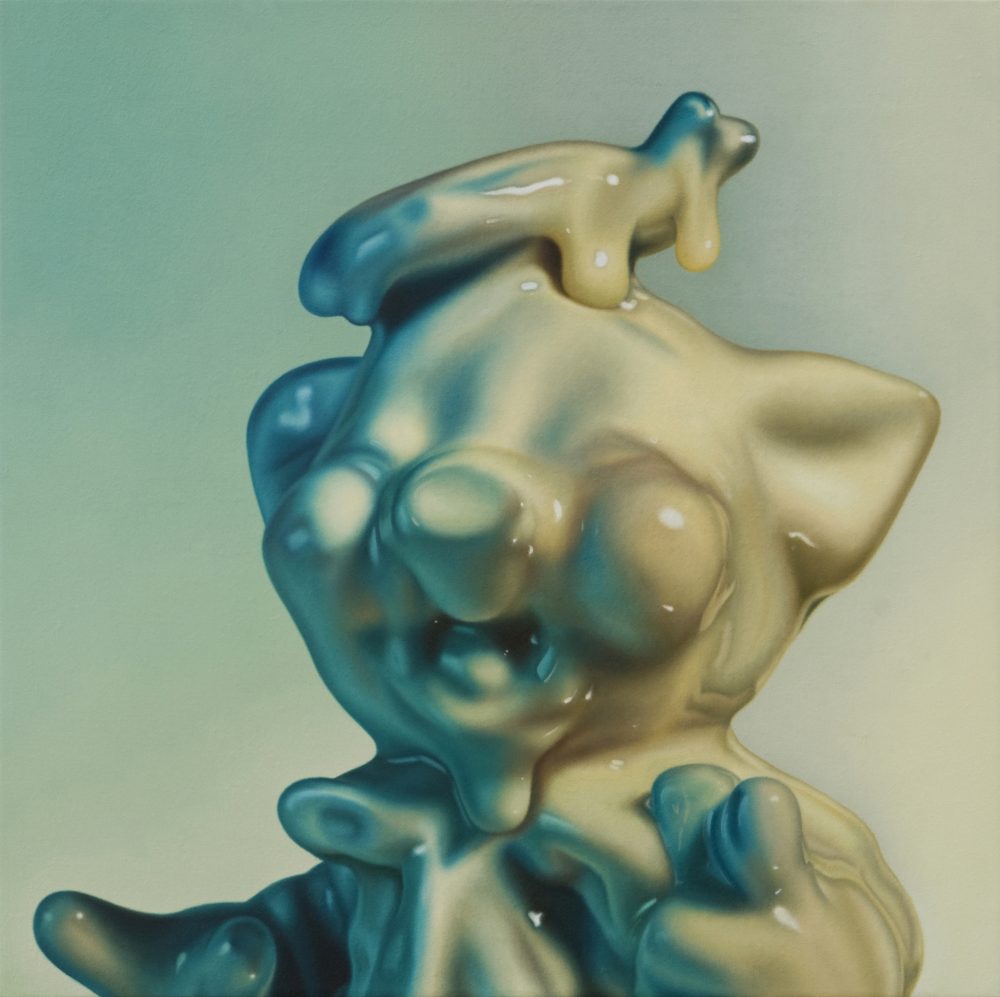 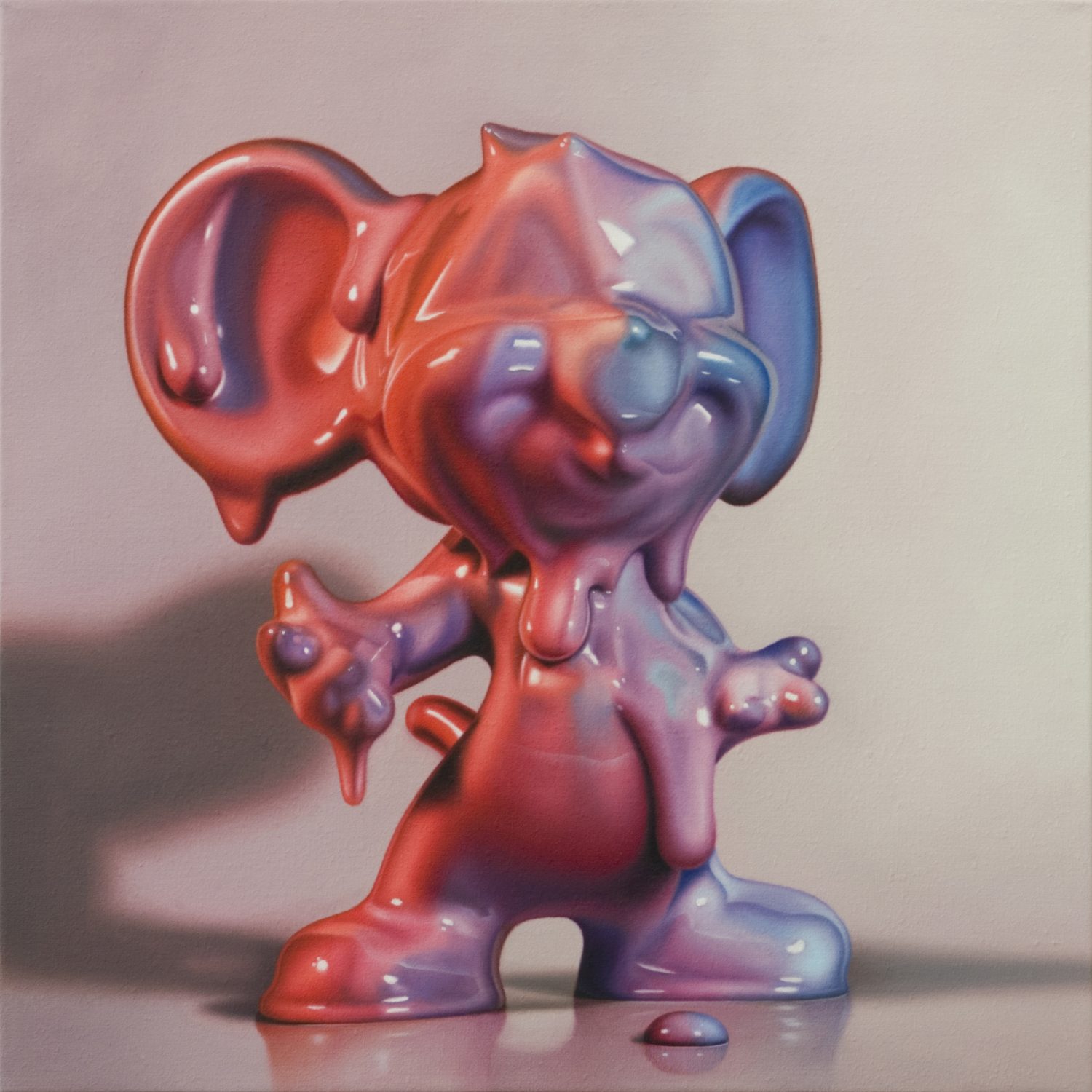 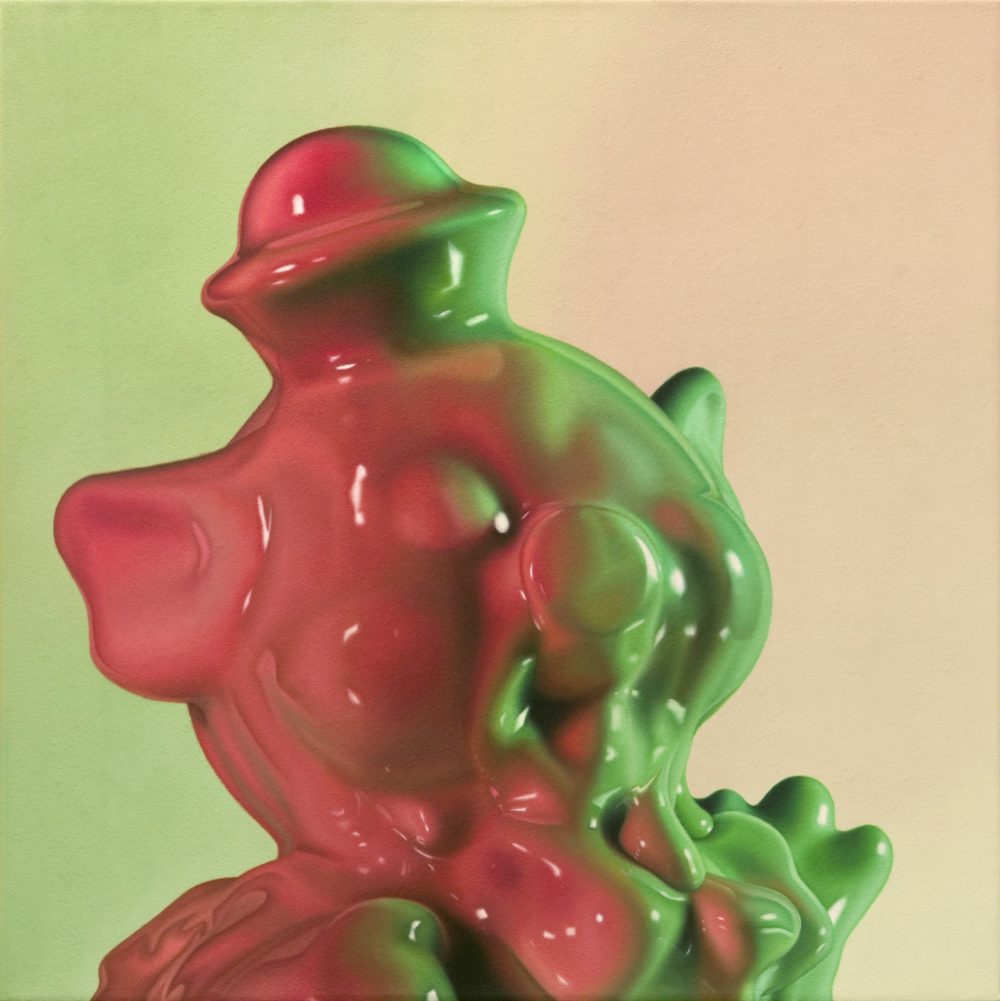 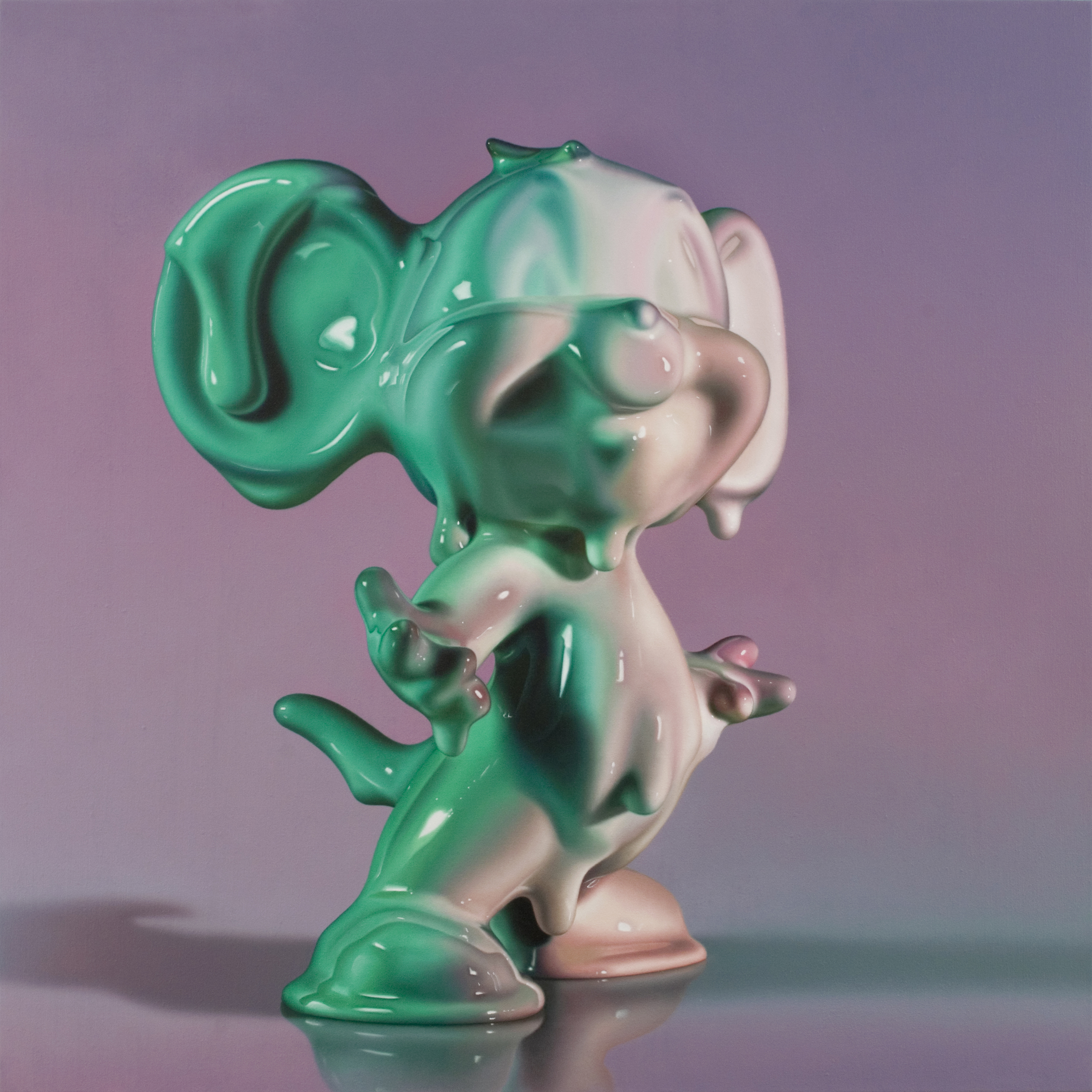 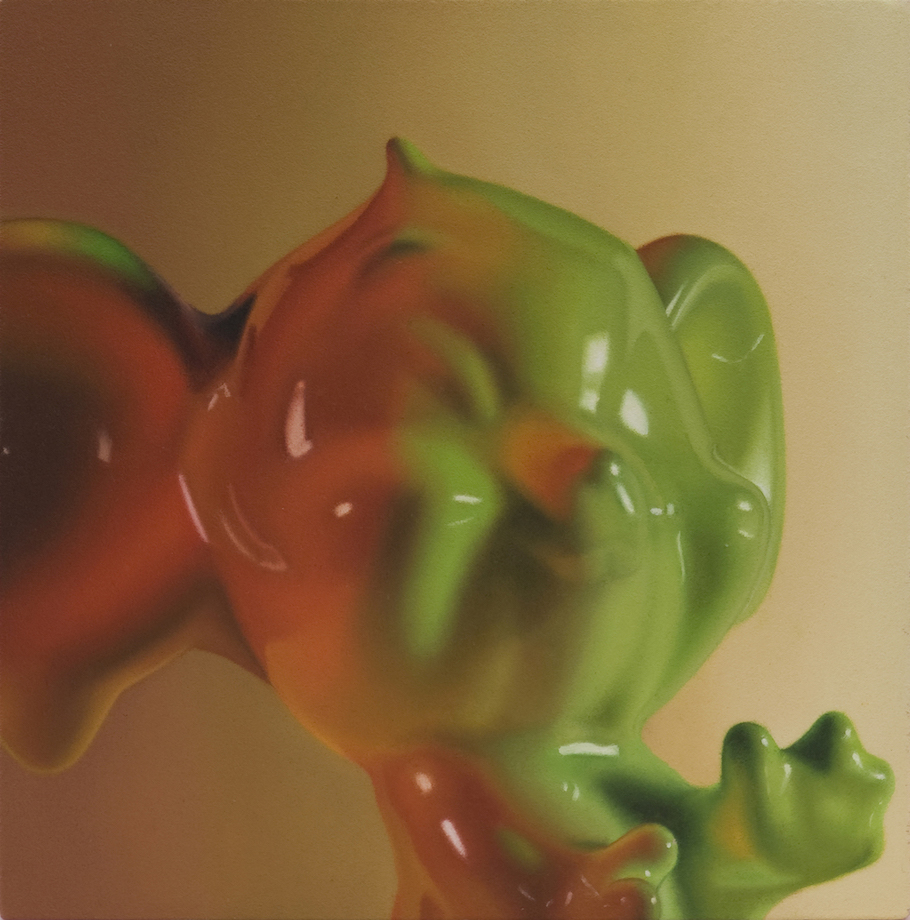 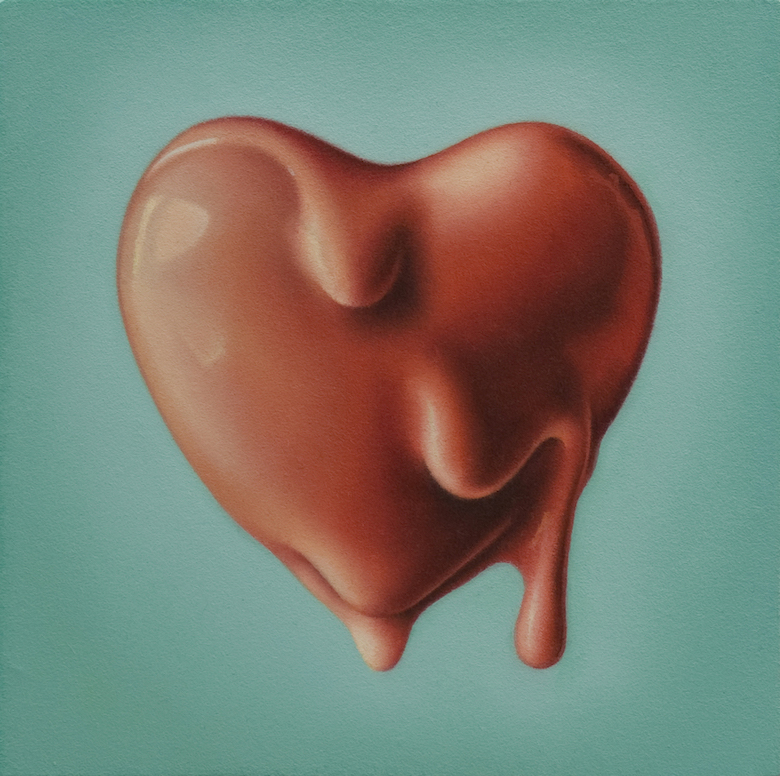 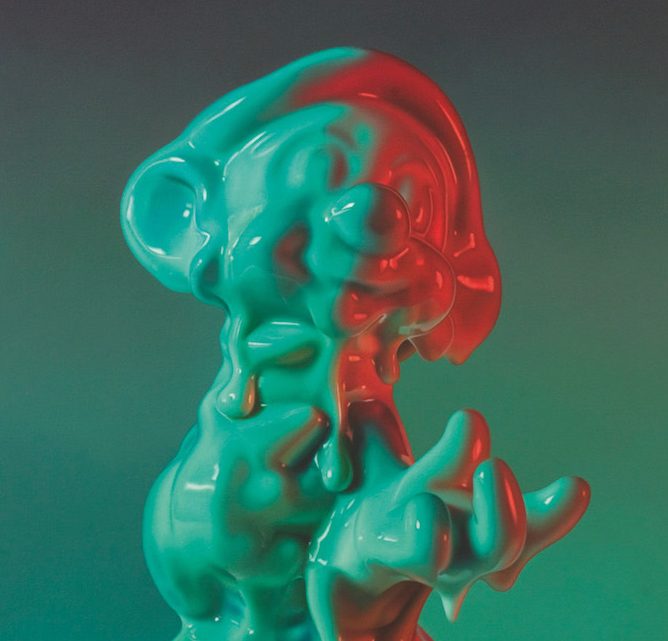 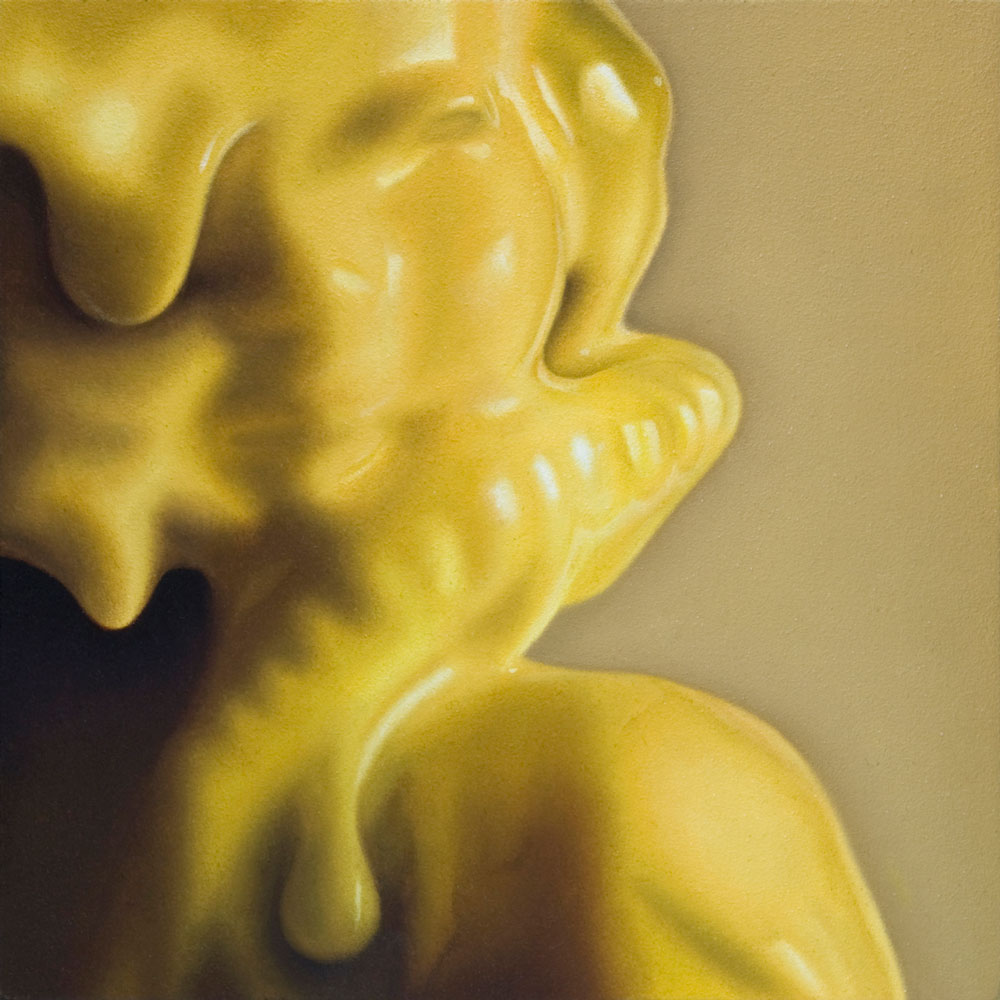 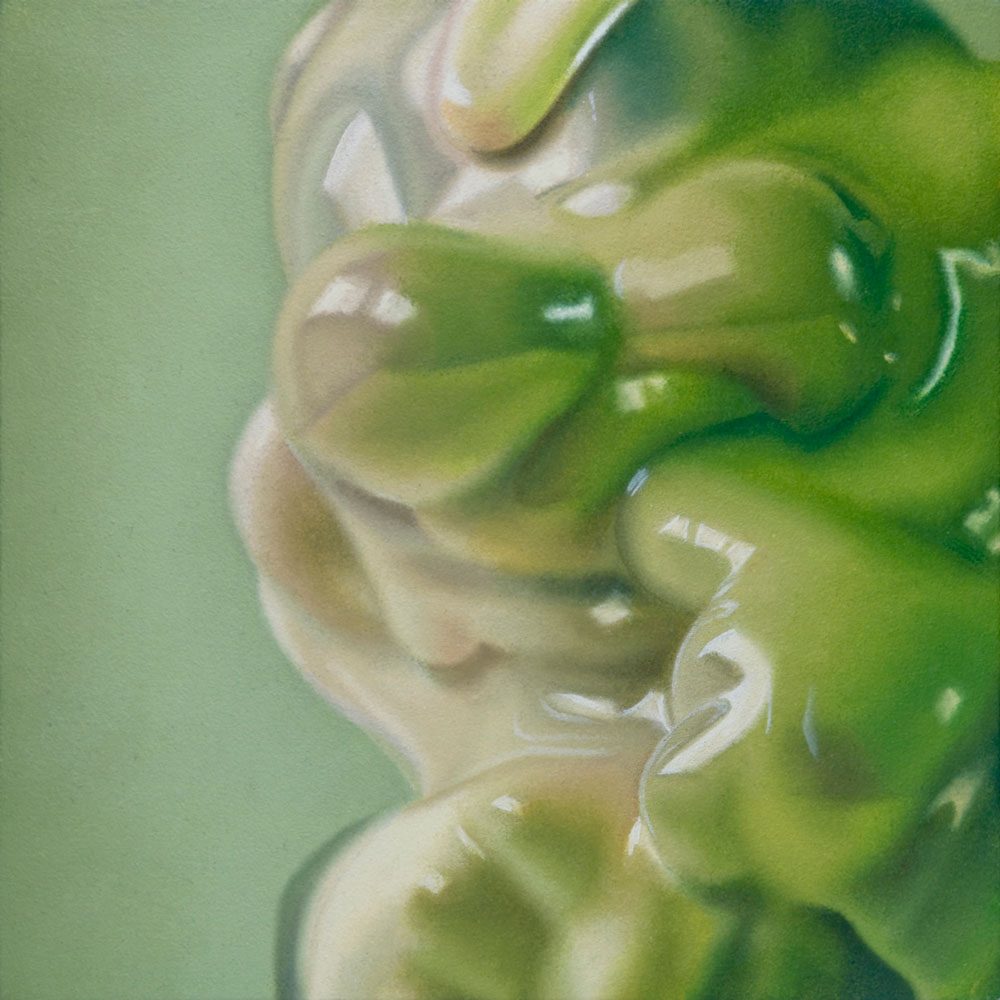 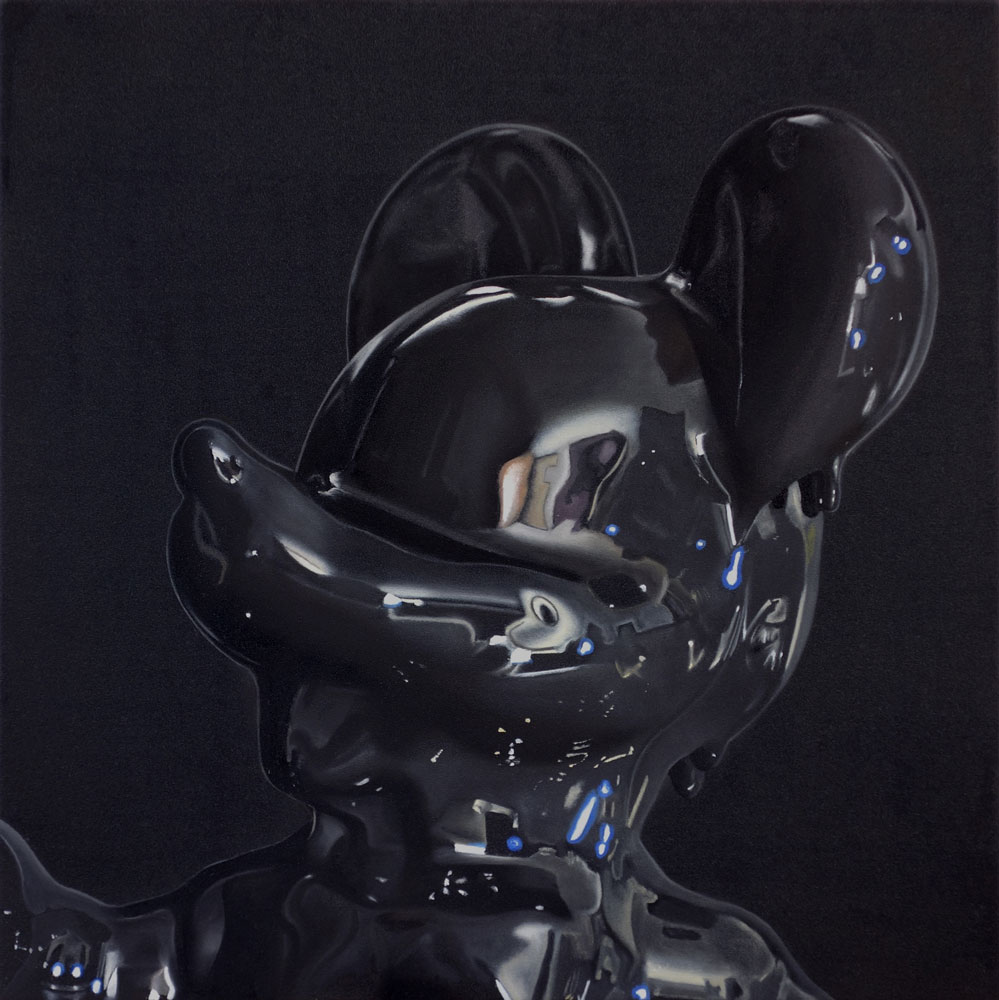 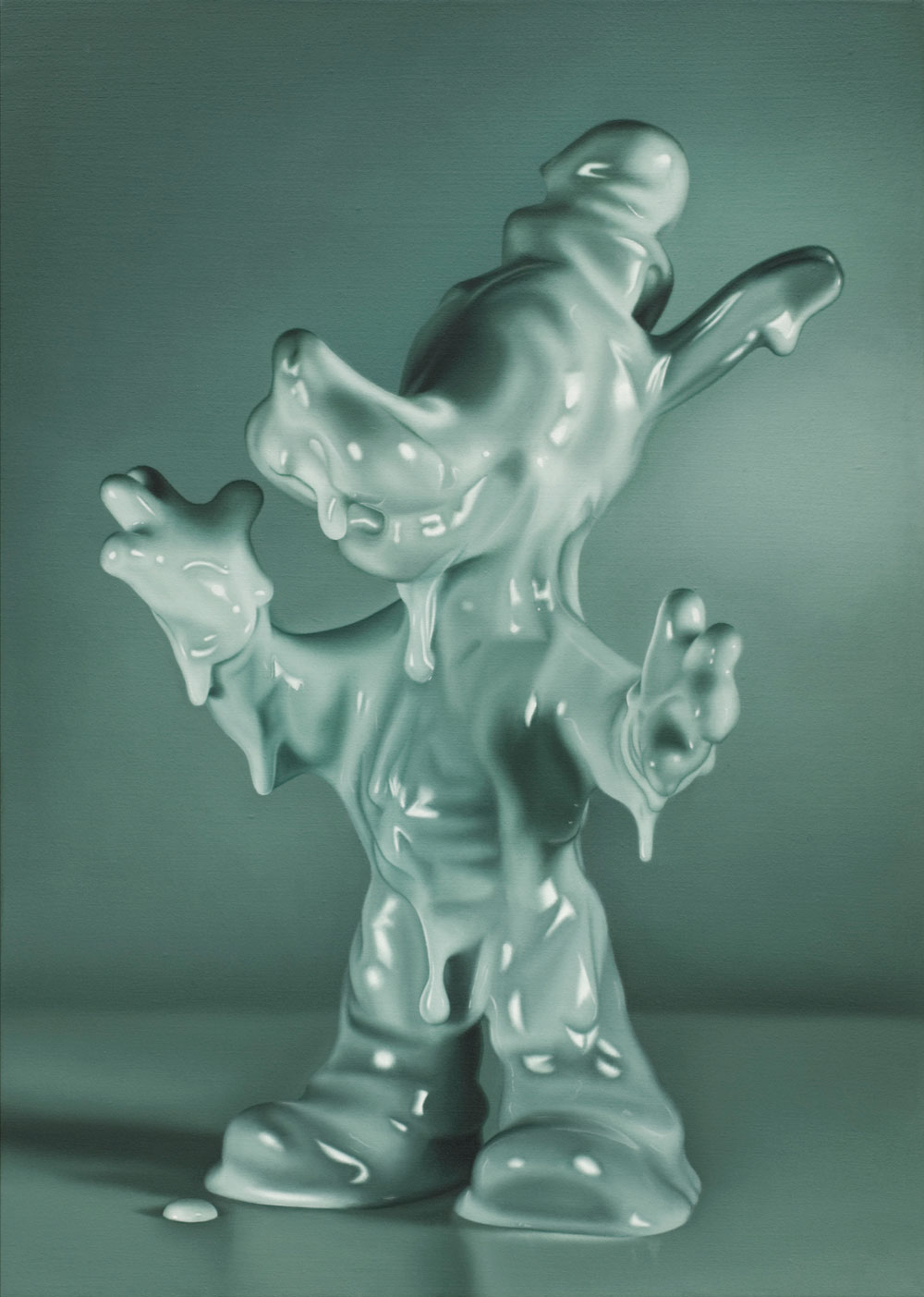 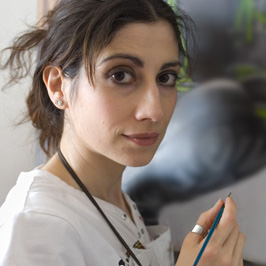 Sabrina Milazzo’s paintings are inspired by a common imagery, as she chooses Walt Disney’s characters as the protagonists of her canvases. Easily recognizable thanks to the sharp brushstrokes and pastel nuances, the puppets appear to us, however, not with their usual appearance, concluded and detailed, but as if they were in the middle of a process of transformation and dissolution. What Sabrina Milazzo conveys to us through her interpretation of the Disney universe is the end of the enchantment, the illusions that all of us as children had created by looking at these characters and their happy endings. The knowledge, as adults, that most of our childhood dreams would remain such, and that they would never come true. The artist therefore does not appear as the author of this destruction but rather as a witness to this inevitable process.

Sabrina Milazzo was born in 1975 in Turin. After graduating in painting from the Academy of Fine Arts in Turin, she began to exhibit her works in 2003 in important private art galleries and institutional public places in Italy and abroad. She has taken part in national and international art fairs such as MiArt, ArteFiera Bologna and Context ArtMiami. She took part in the 54th Biennale di Venezia, Italian Pavillon in Turin and in 2013 her works were shown in Art Stay, International Festival of Contemporary Art in Ptuj, Slovenia. Important art critics have written about her work: Luca Beatrice, Domenico Maria Papa, Alessandra Redaelli, Francesco Cascino. Her paintings are part of important private collections all over the world. She lives and works in Turin.