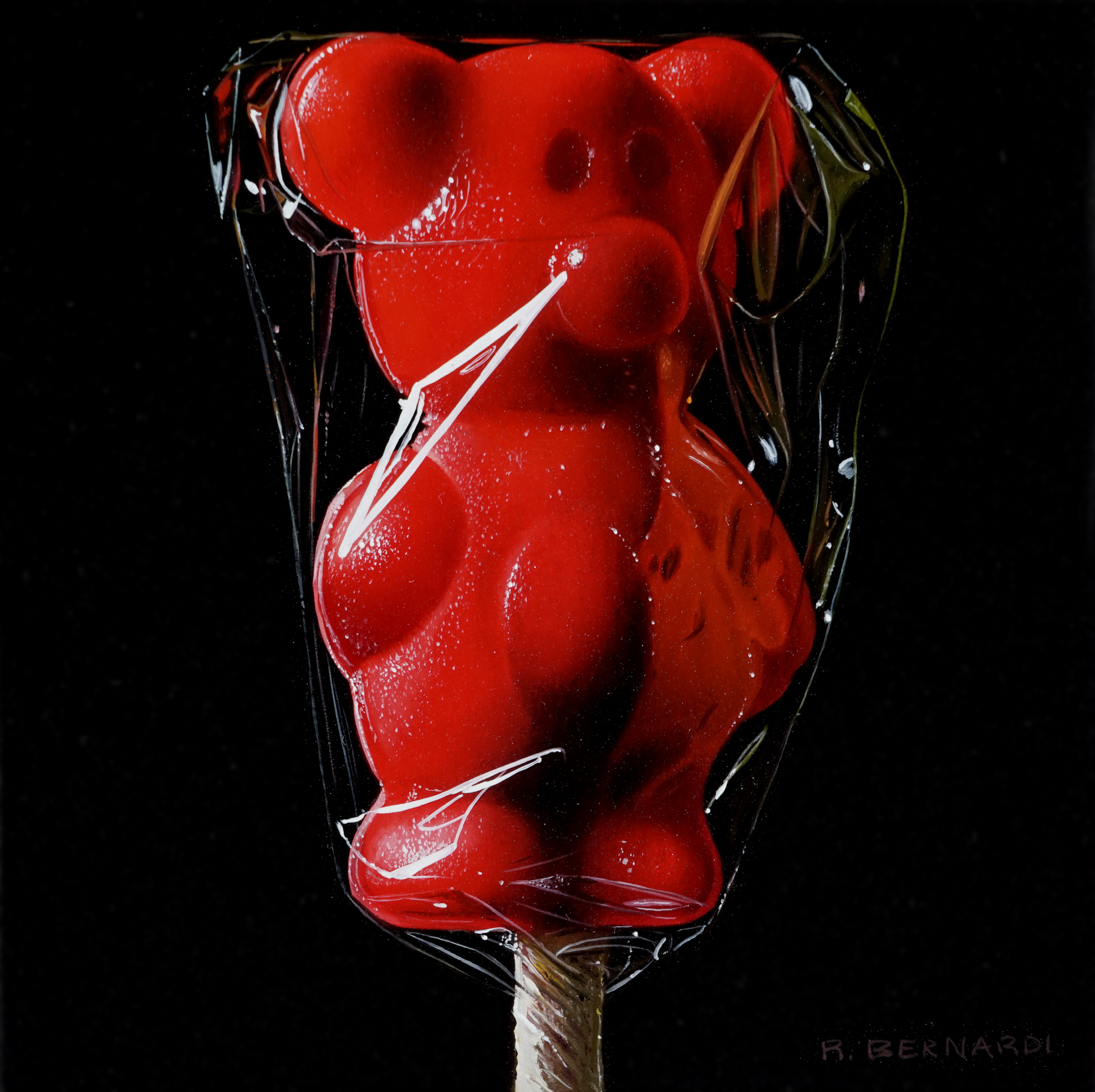 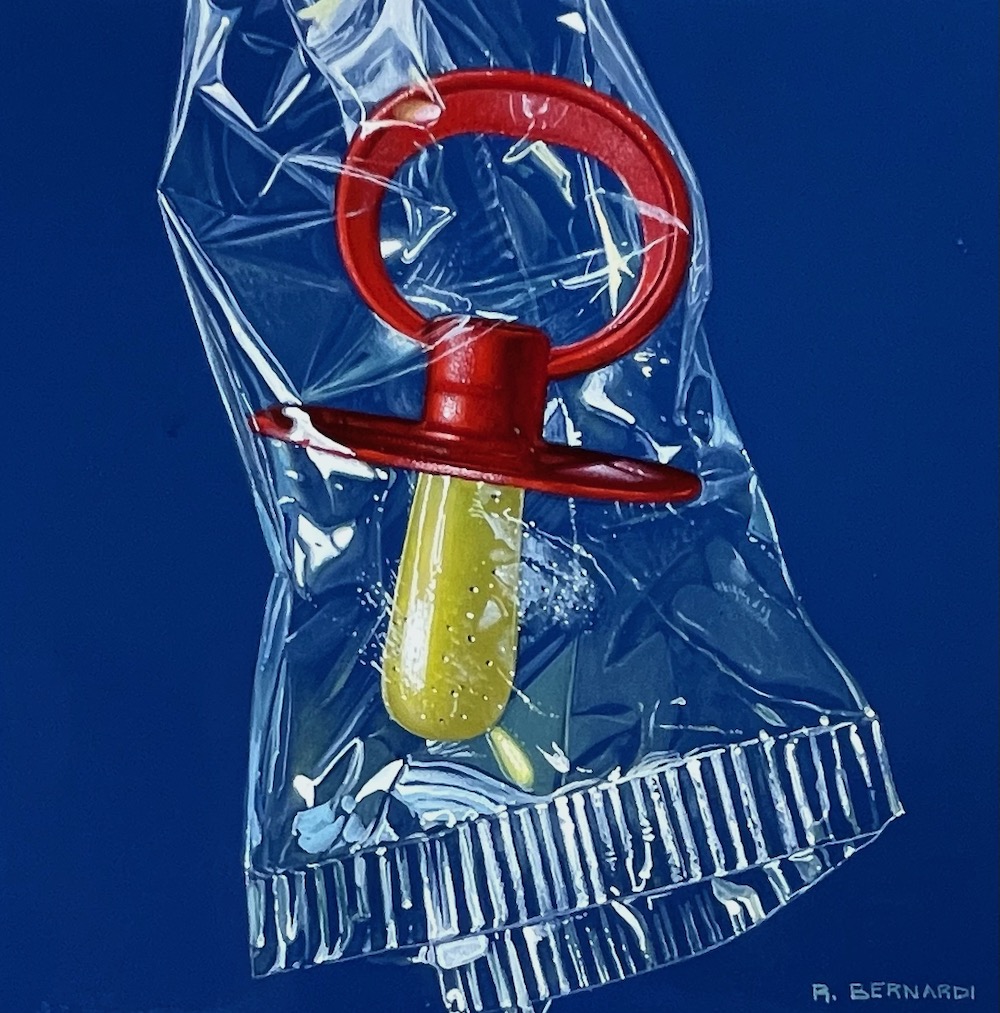 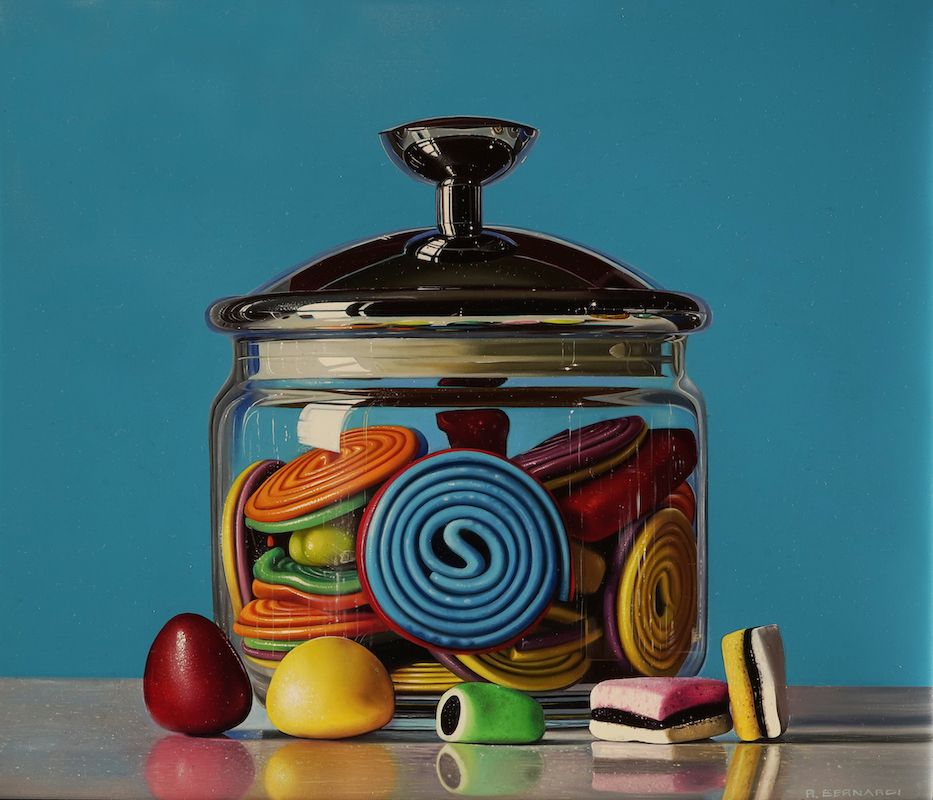 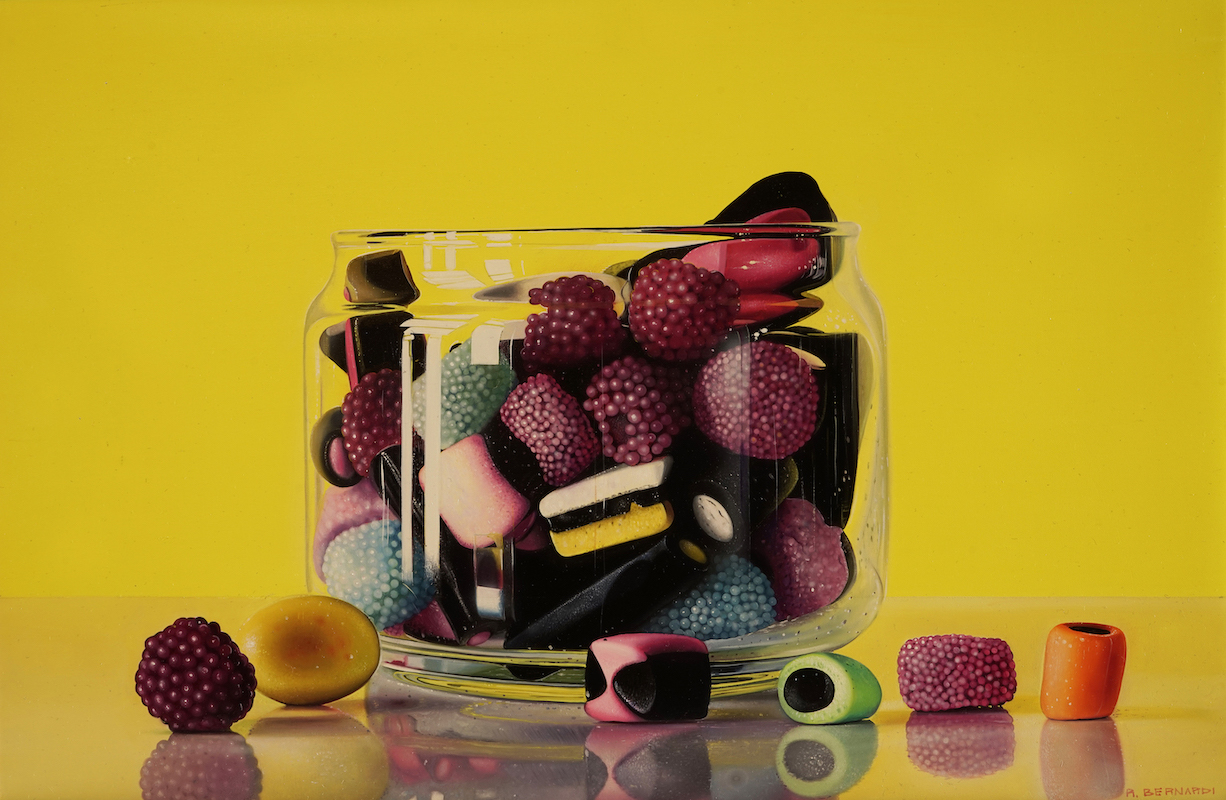 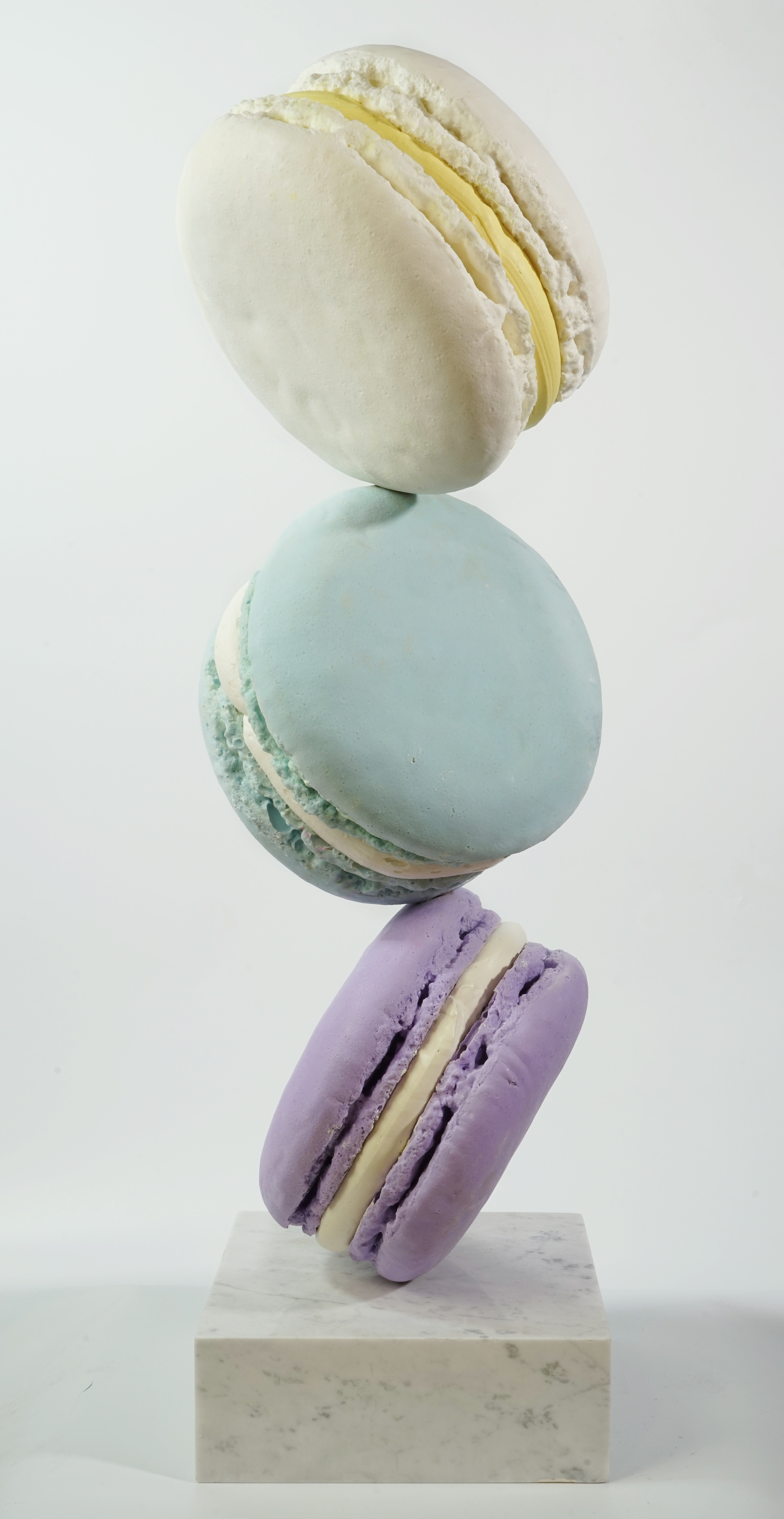 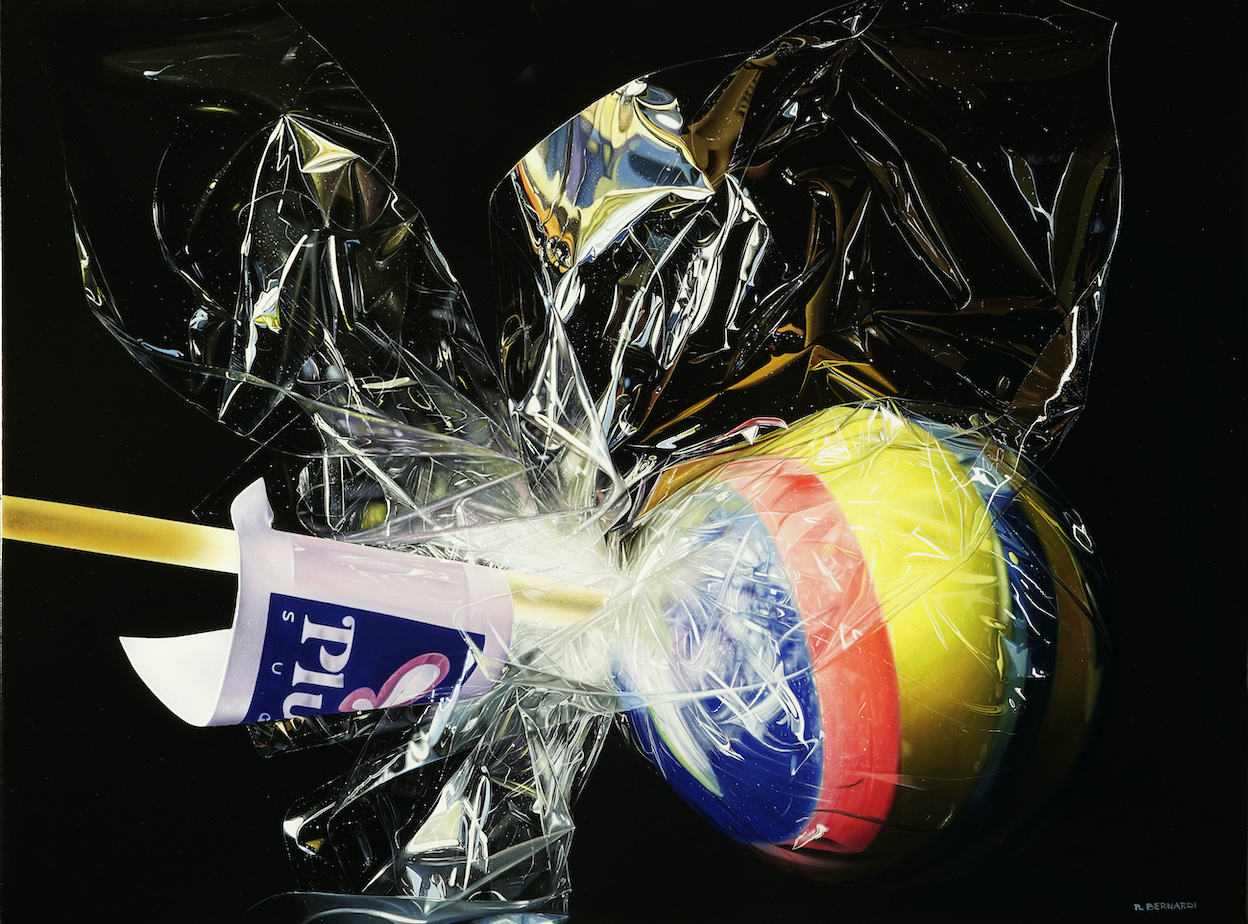 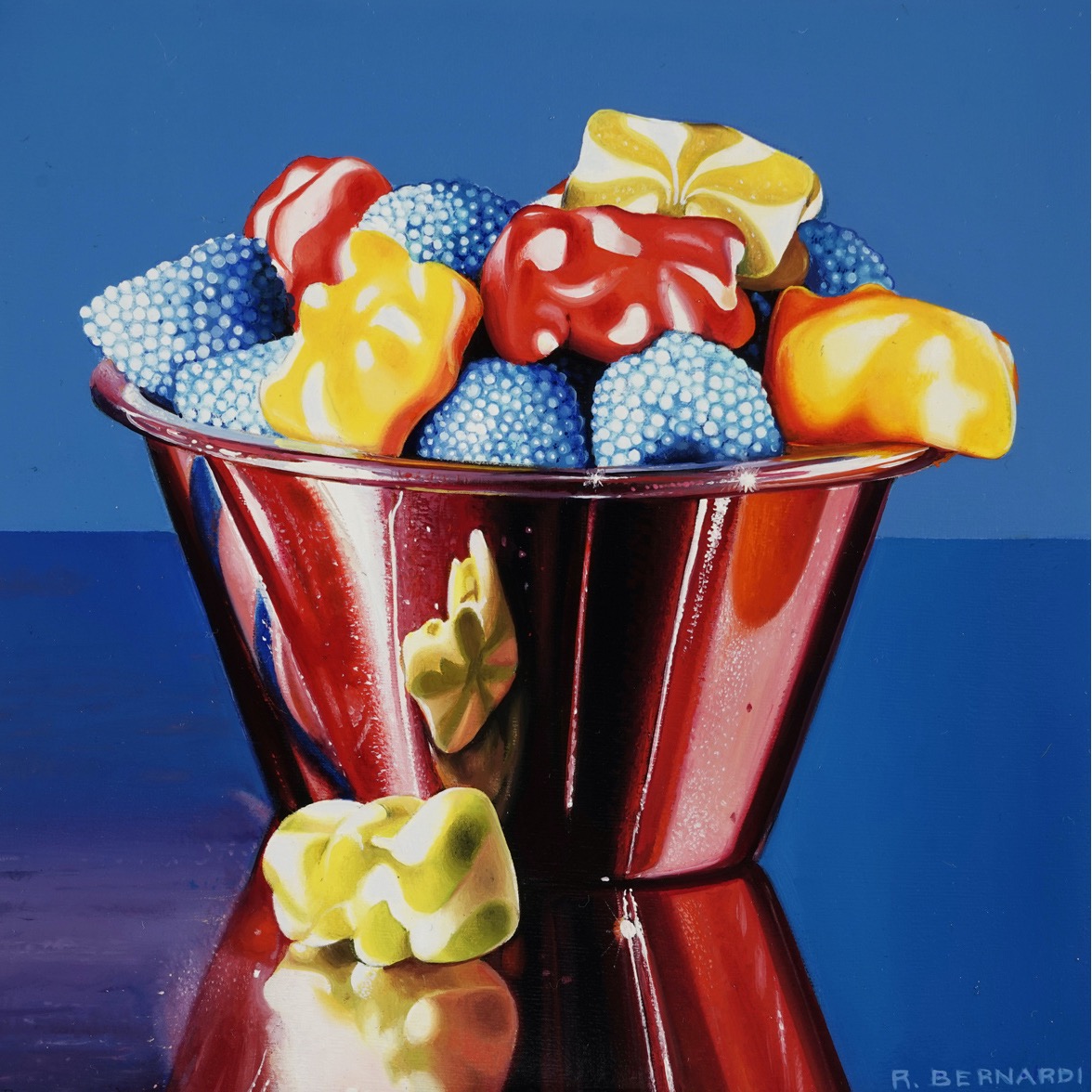 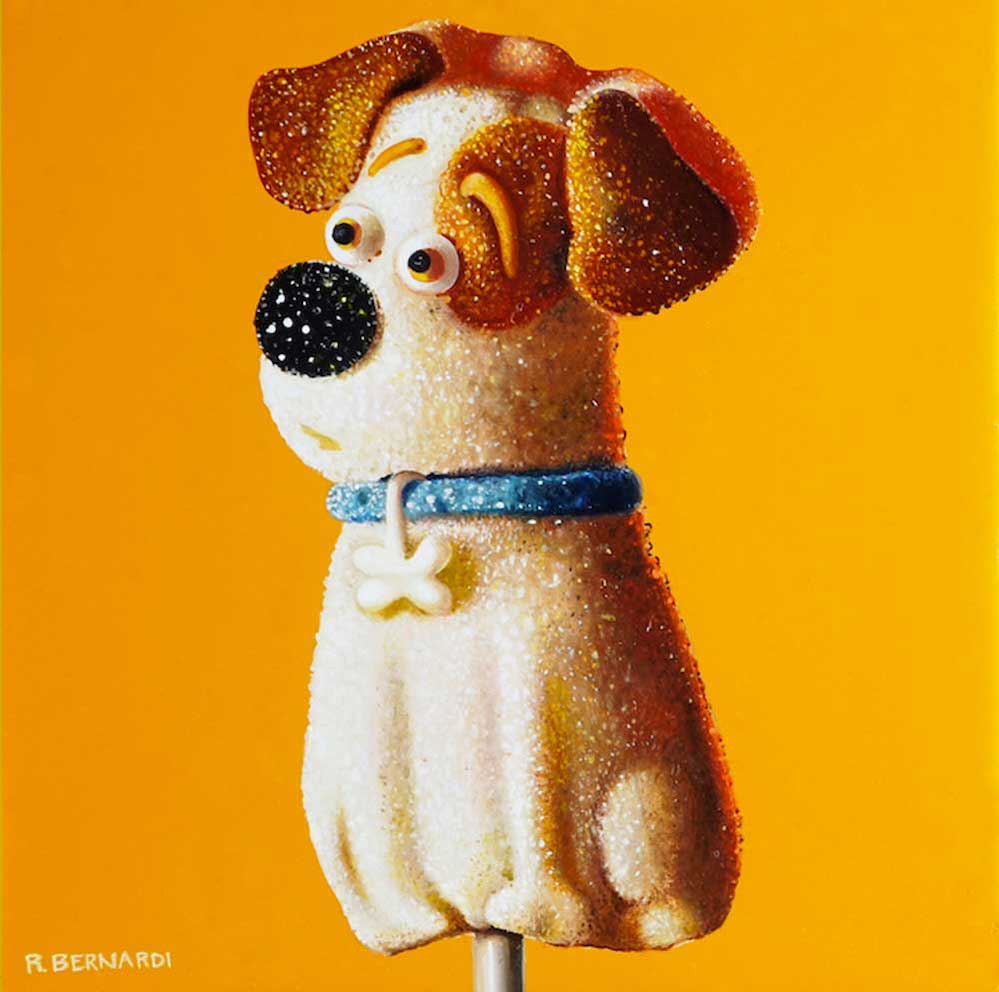 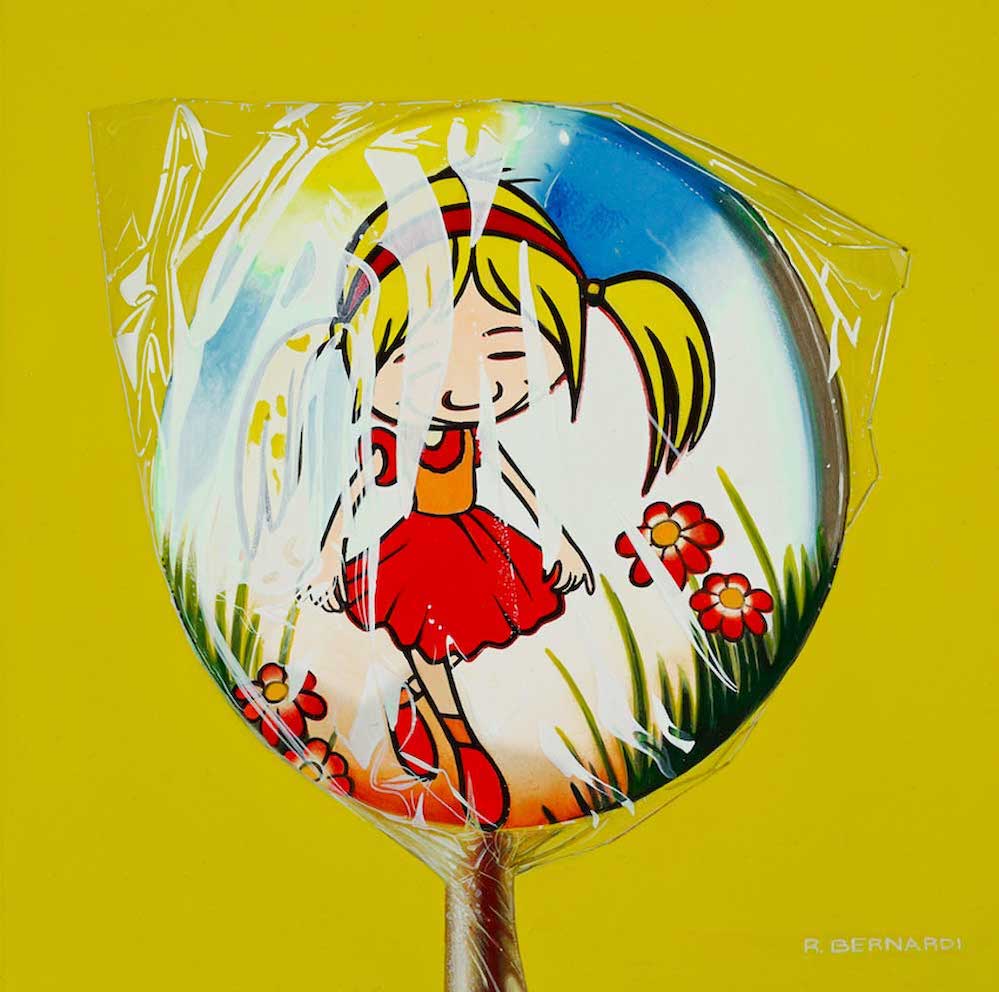 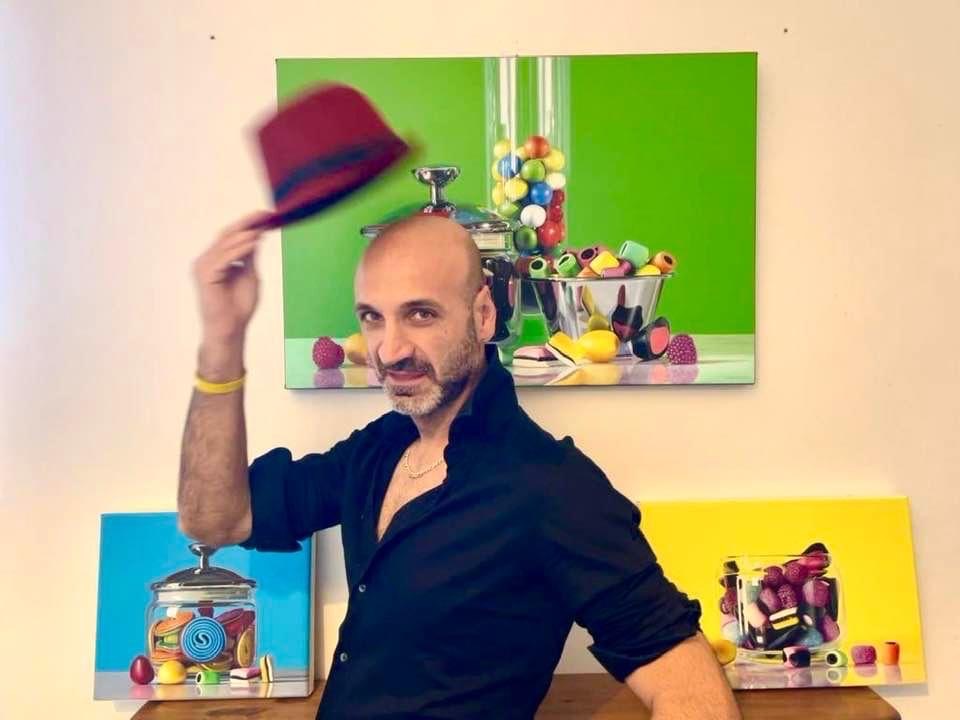 With impeccable technical mastery, Roberto Bernardi paints colorful candies, lollipops of intriguing shapes and tempting sweets from an attractive point of view which perfectly reveals how interesting they are.

He was born in Todi (Perugia) in 1974. After finishing high school, he moved to Rome where he began working as a restorer at the church of San Francesco in Ripa, but he soon moved on from painting restoration to devote himself entirely to the creation of his paintings and moved towards a new form of realism closely related to hyperrealism. In 2004 he moved to Manhattan, his works were strongly influenced by the American culture and he began to have relations with the prestigious art world of the Big Apple. From 2004 to 2010 he took part in many artistic projects sponsored by American and European collectors along with other artists of the hyperrealist movement. In 2010 the Italian multinational oil and gas company, ENI, added Bernardi to the group of young talents from all over the world to uniquely interpret every moment of Eni’s communication and commissioned Bernardi a work that they added to their prestigious art collection. Since 2012 Bernardi took part in an international museum tour that began at the Tübingen Museum in Germany and then continued in 13 other museums around the world. This exhibition tour included the prestigious Thyssen-Bornemisza Museum and the Museum of Bellas Artes in Bilbao (Spain), the Kunsthal Museum in Rotterdam (Holland), the New Orleans Museum of Art and the Oklahoma City Museum of Art (U.S.A.). In 2014 he was invited to the “Contemporary Realism Biennal” at the Fort Wayne Museum of Art (U.S.A.). He took part in solo and group exhibitions all over the world. He lives and works in Todi.