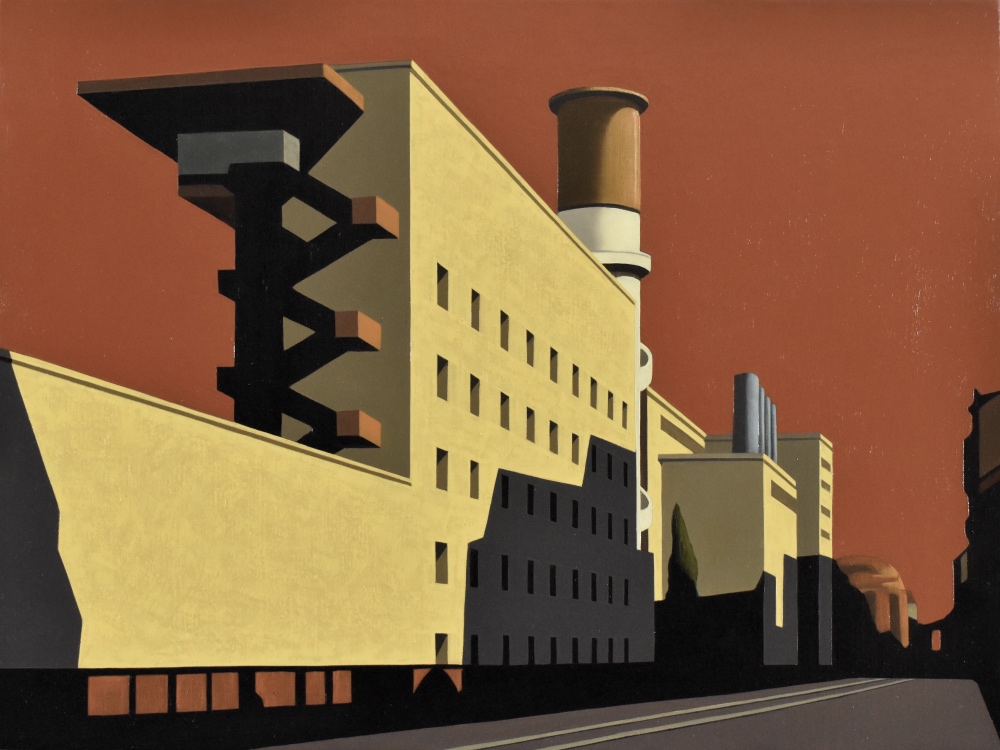 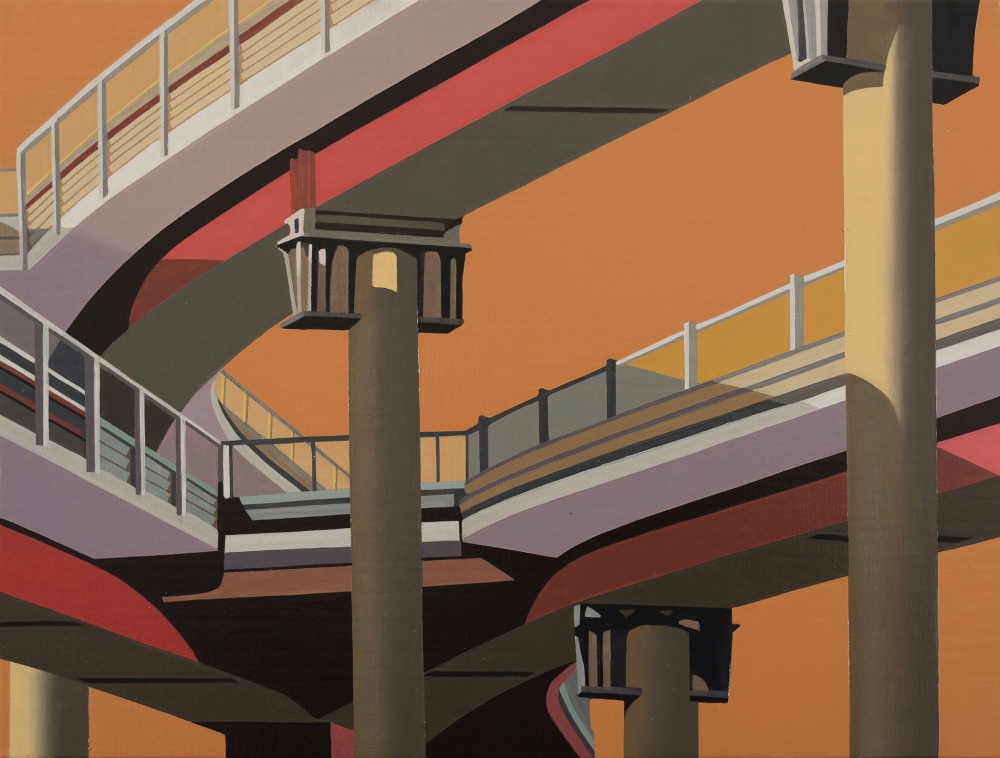 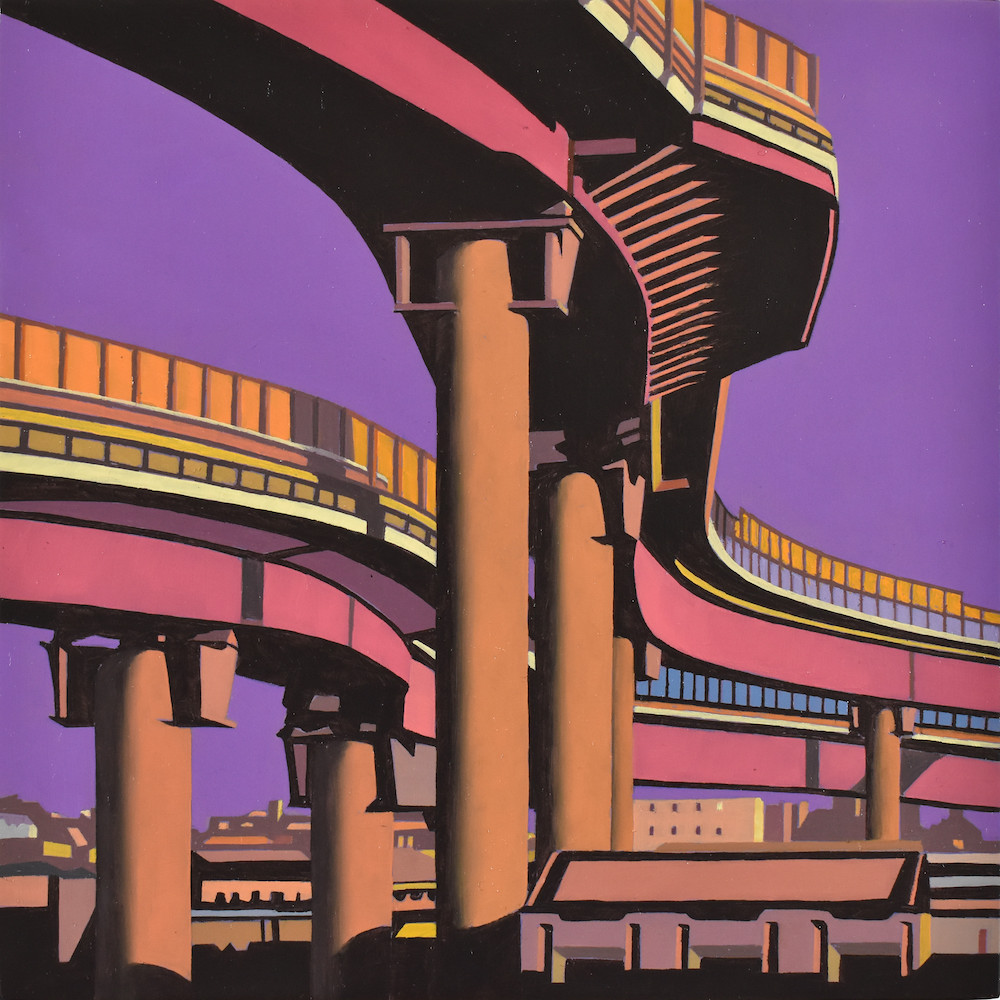 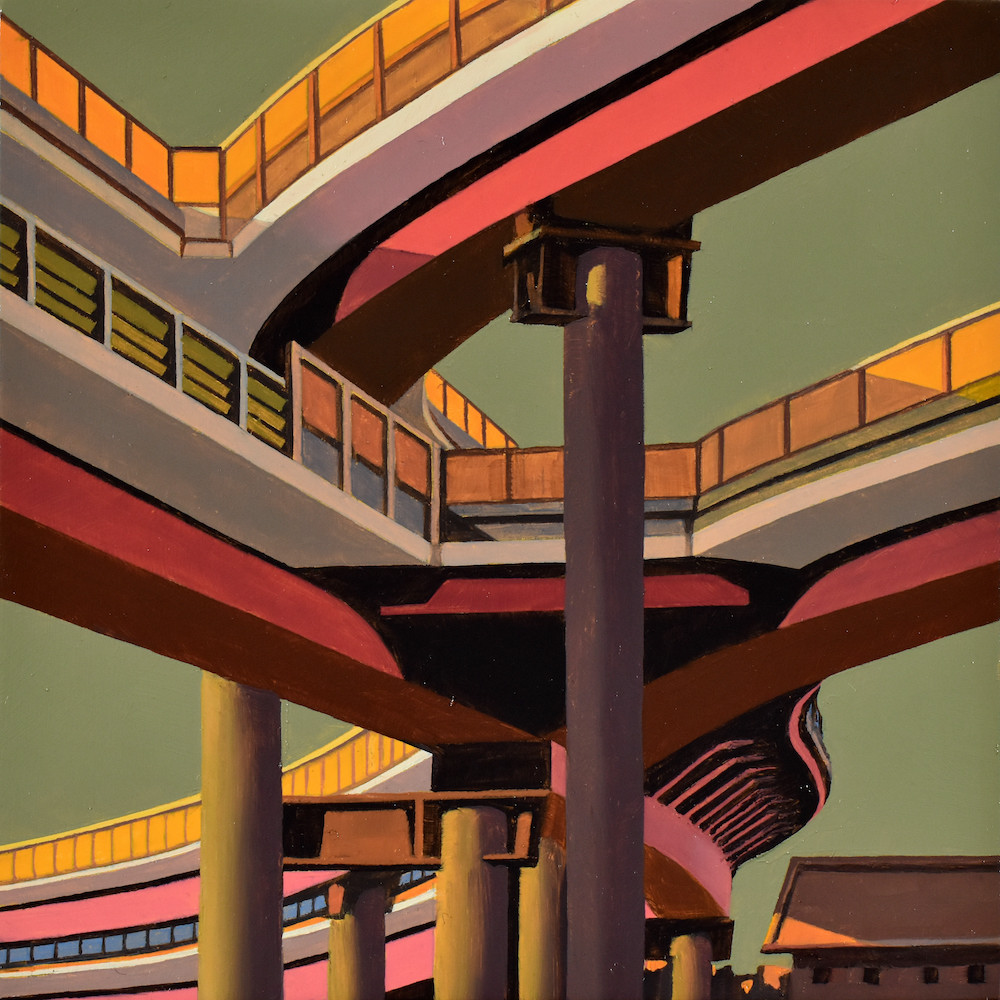 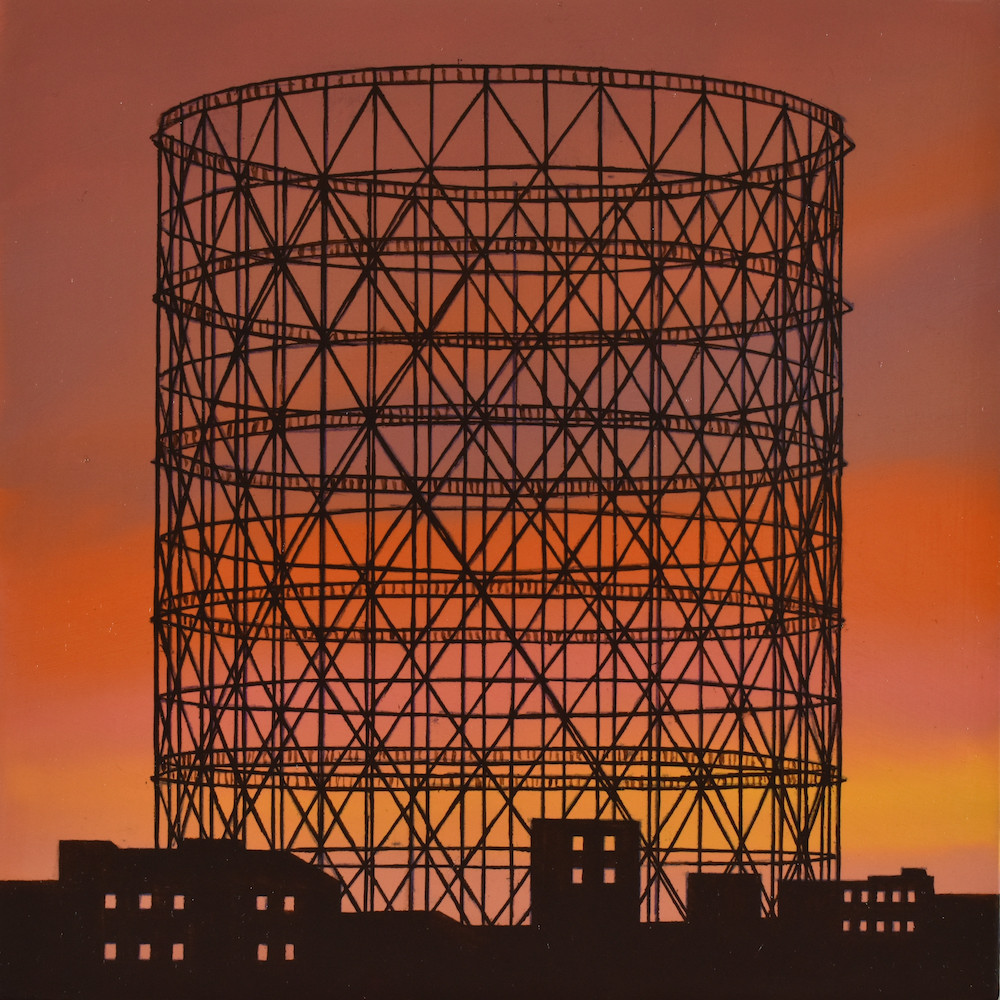 Mauro Reggio creates his paintings choosing as subject only urban landscape, of which he enhances perspectives and architectures by taking away the signs and the presence of man in order to highlight the geometries and colours and transforming them into the true and only subject of the painting. His subjects are bypasses, gasometers, baroque buildings and industrial archaeologies depicted in a timeless present. The artist paints monuments from different ages starting from the typical colours of the great Italian tradition of the twentieth century, then transformed and renewed on the basis of the most recent contemporary studies on photography, painting and new technologies.

He was born in Rome in 1971, in 1993 he graduated with honours from the Academy of Fine Arts in Rome. He has exhibited in solo and group shows at important galleries, museums and public spaces in Italy and abroad. In 2011 and in 2015 he participated in the Venice Biennale. His paintings are part of many public and private collections, including that of Gallery of Modern and Contemporary Art in Rome (Macro), the Farnesina Experimenta Collection at the Ministry of Foreign Affairs, that of the Senate of the Italian Republic with three large paintings, one of which was commissioned specifically for the central wall of the Nassirya Room in Palazzo Madama which is used for press conferences. Bulgari s.p.a. has purchased and exhibited his works in its stores in New York, Los Angeles, Chicago, London, Hong Kong, Taipei (Taiwan), Kuala Lumpur (Malaysia) and at the headquarter in Rome. In 2021 he won the "Excellent Painters Award" with a painting representing the Colosseum. He lives and works in Rocca di Papa (Rome).