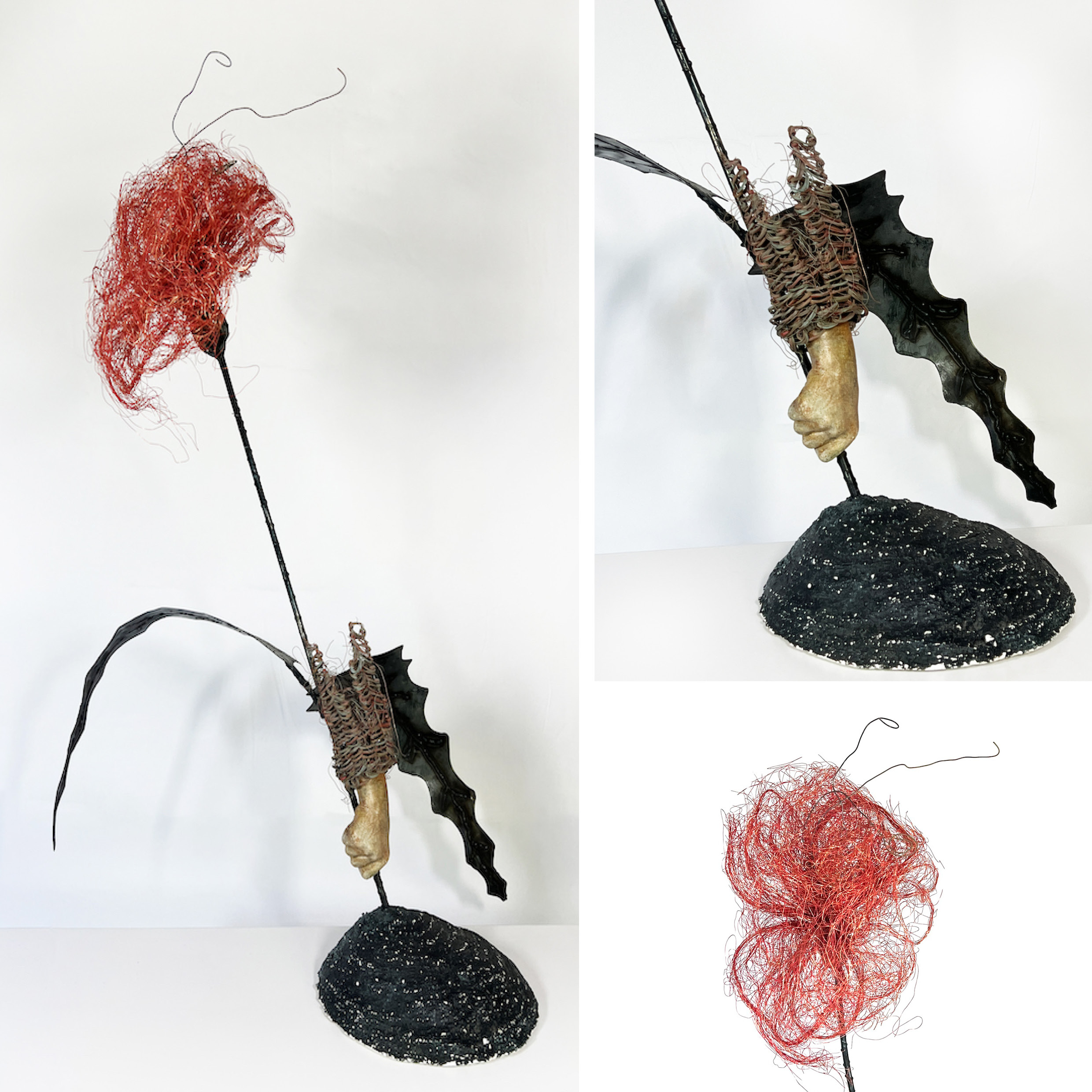 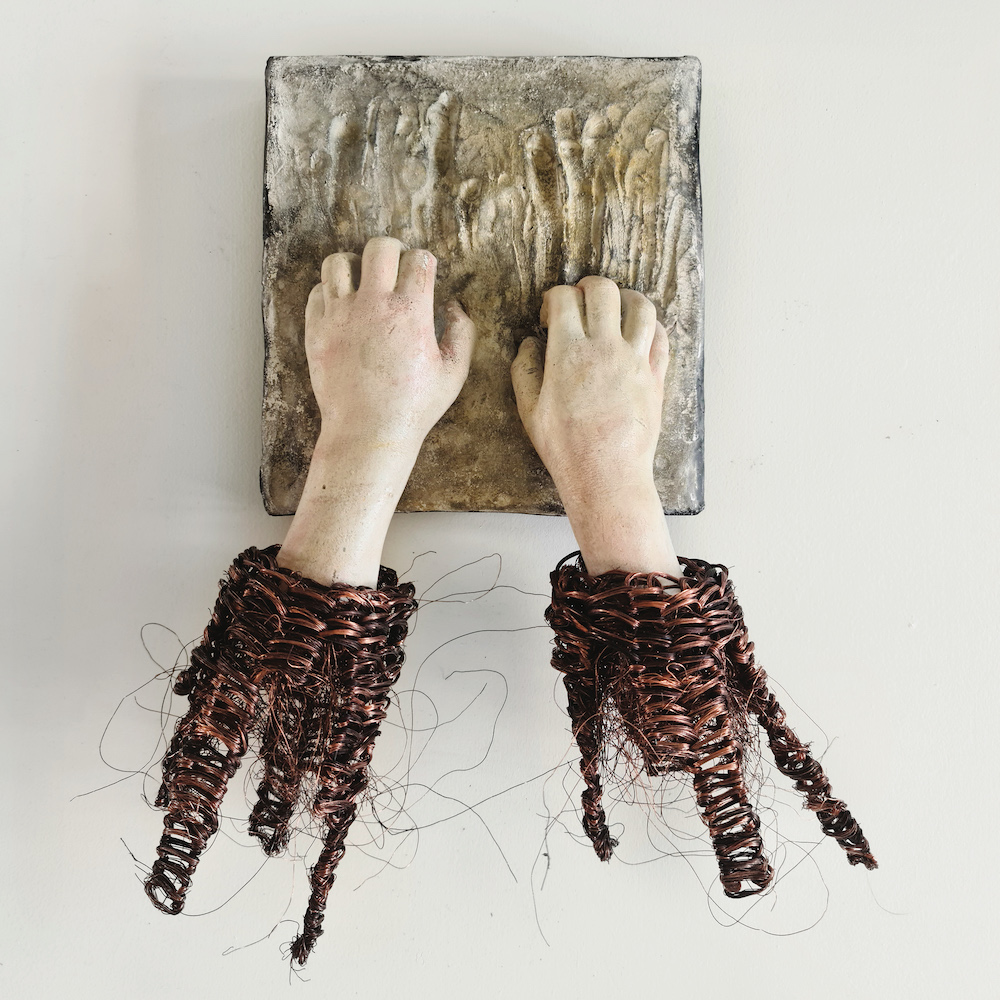 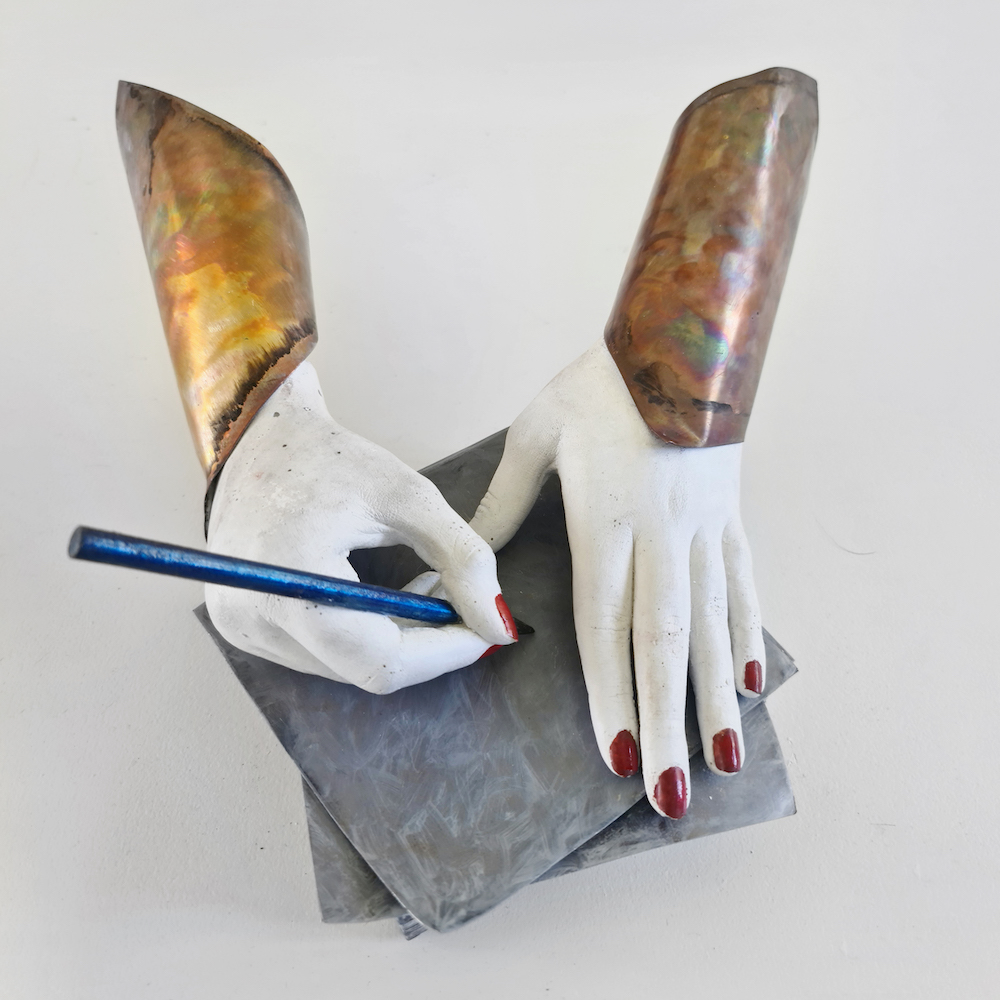 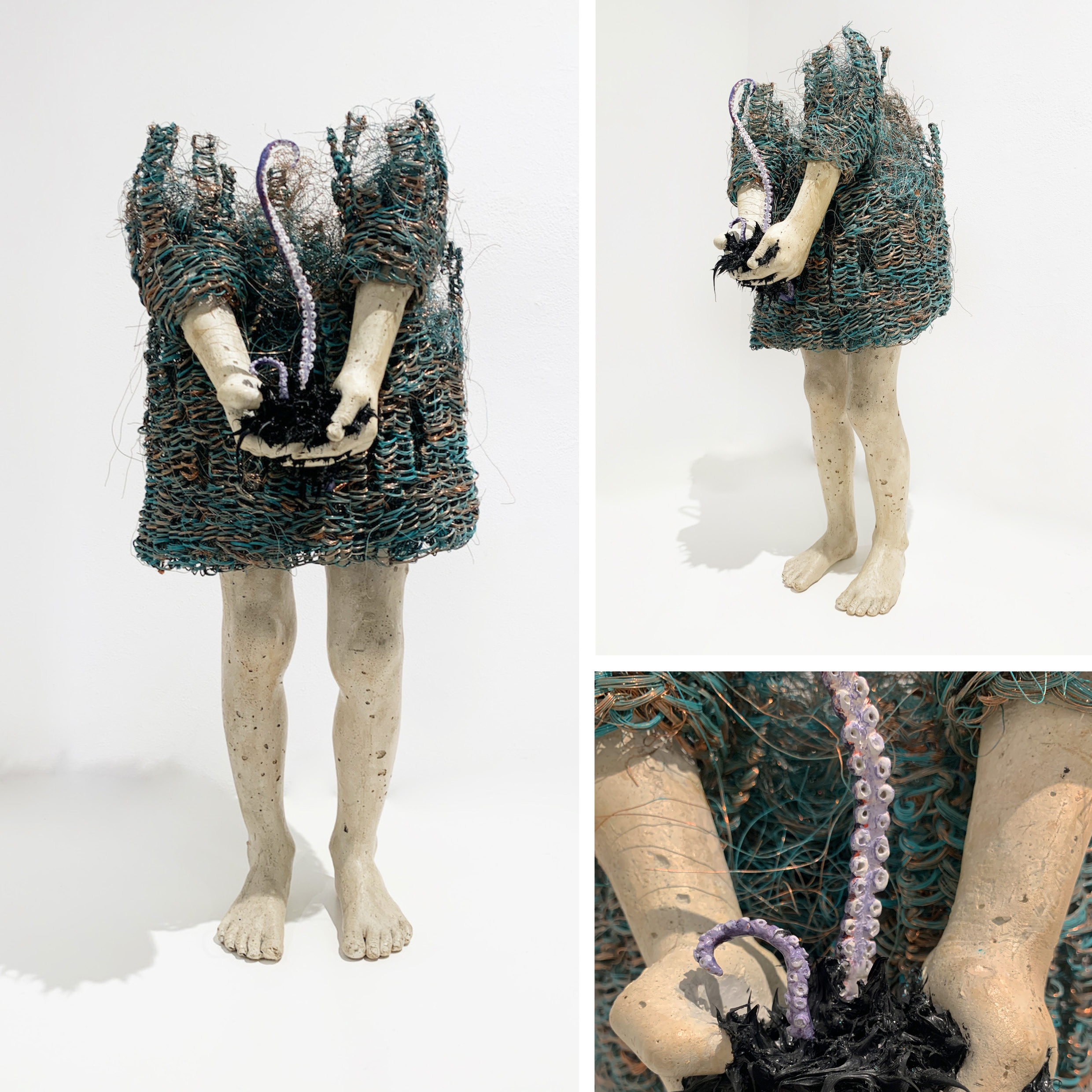 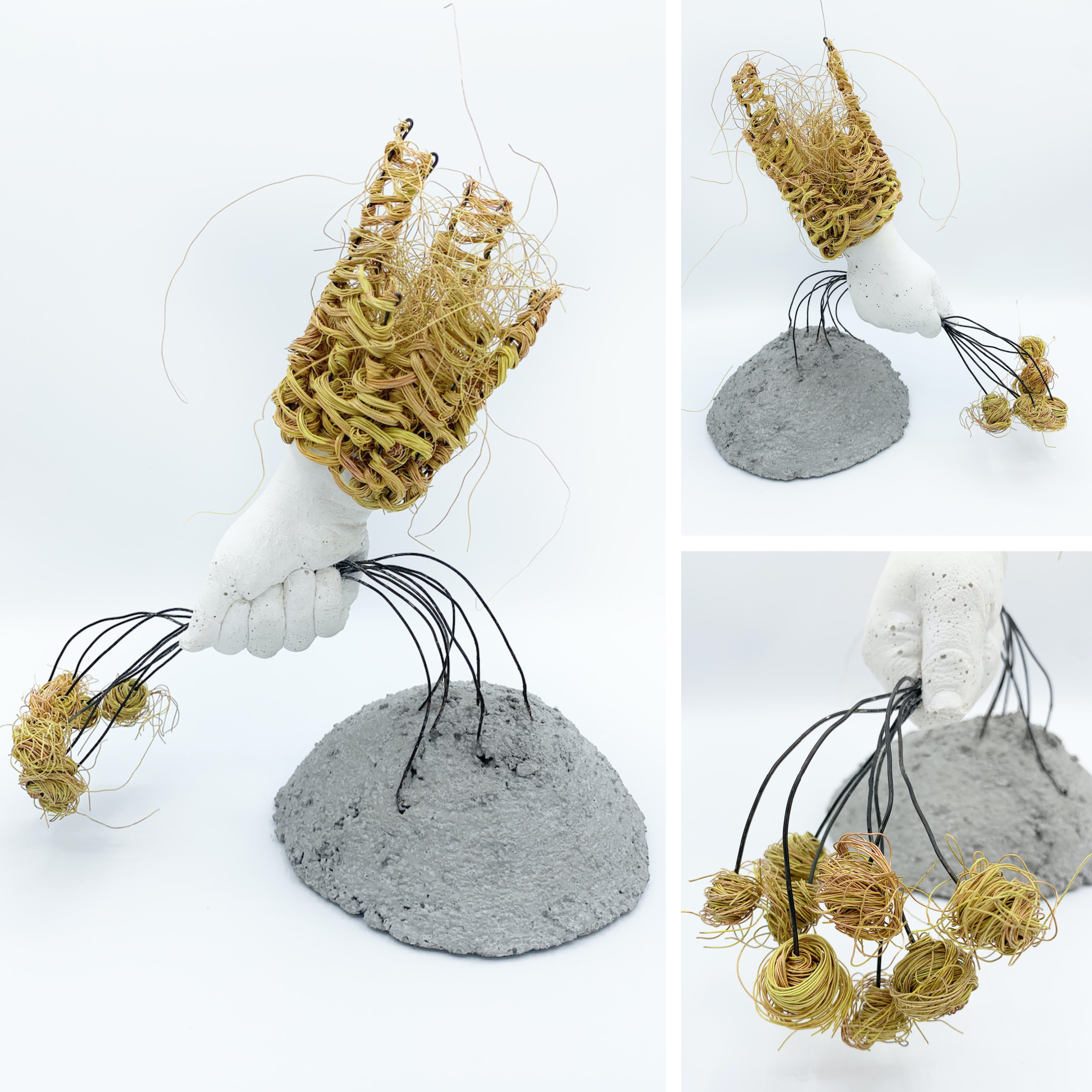 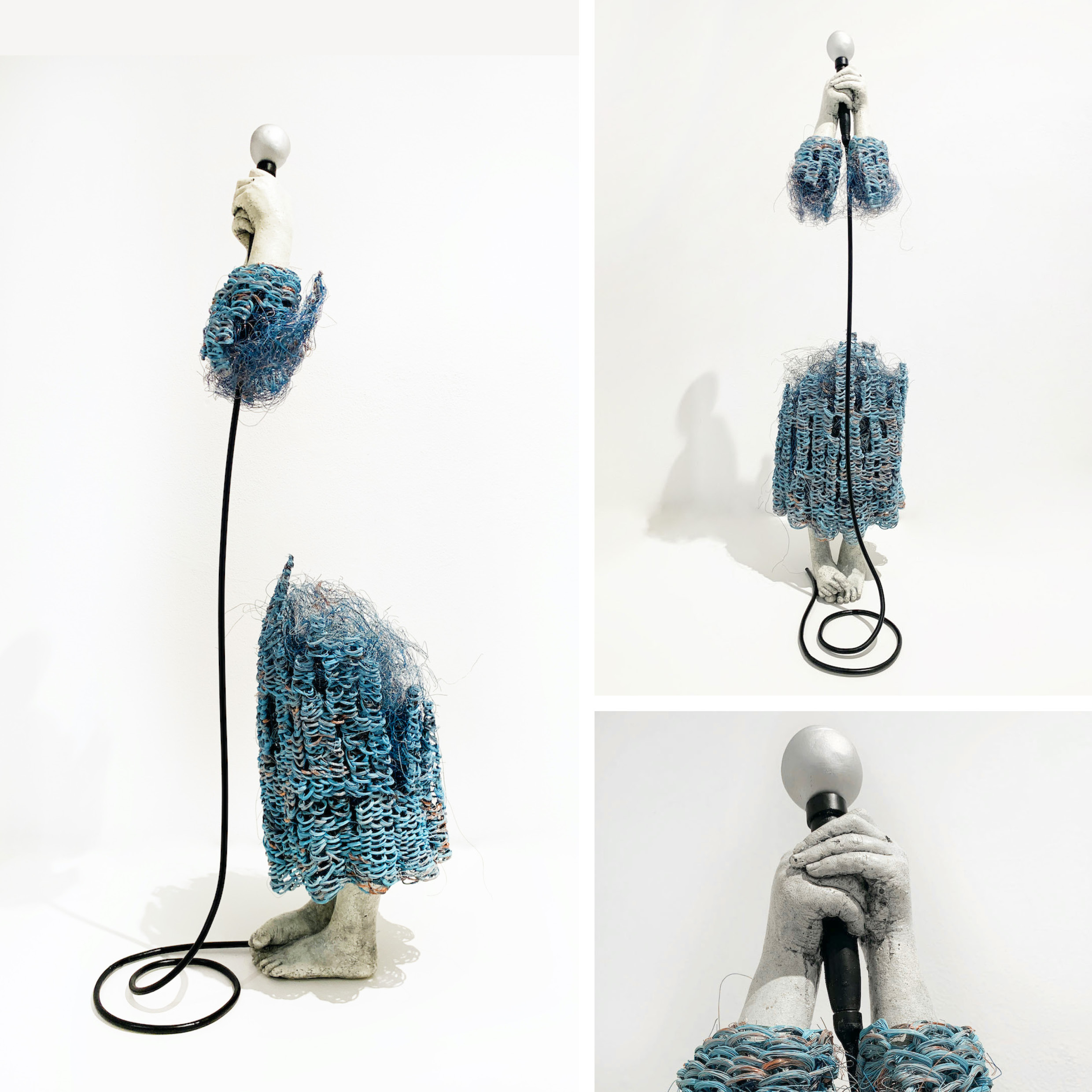 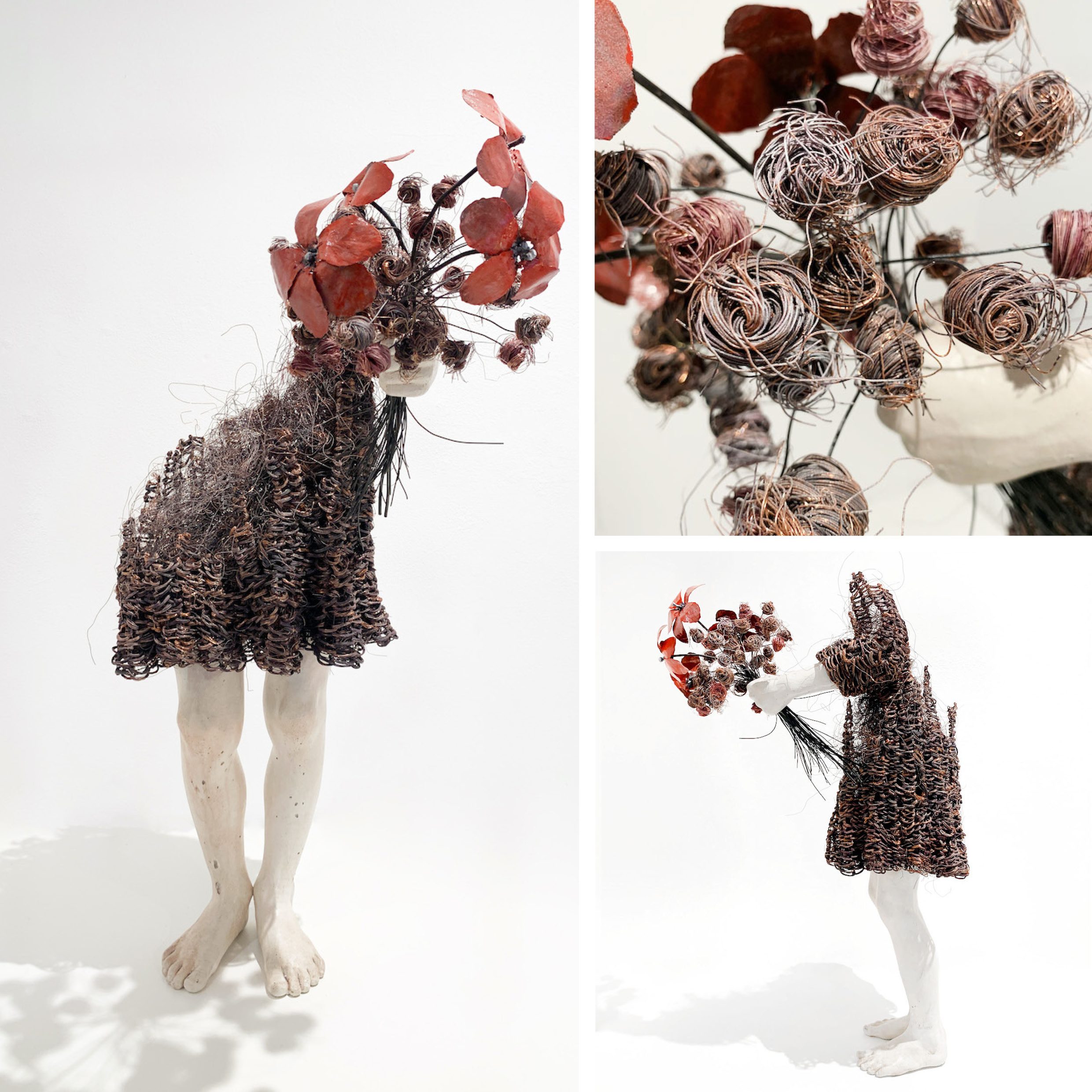 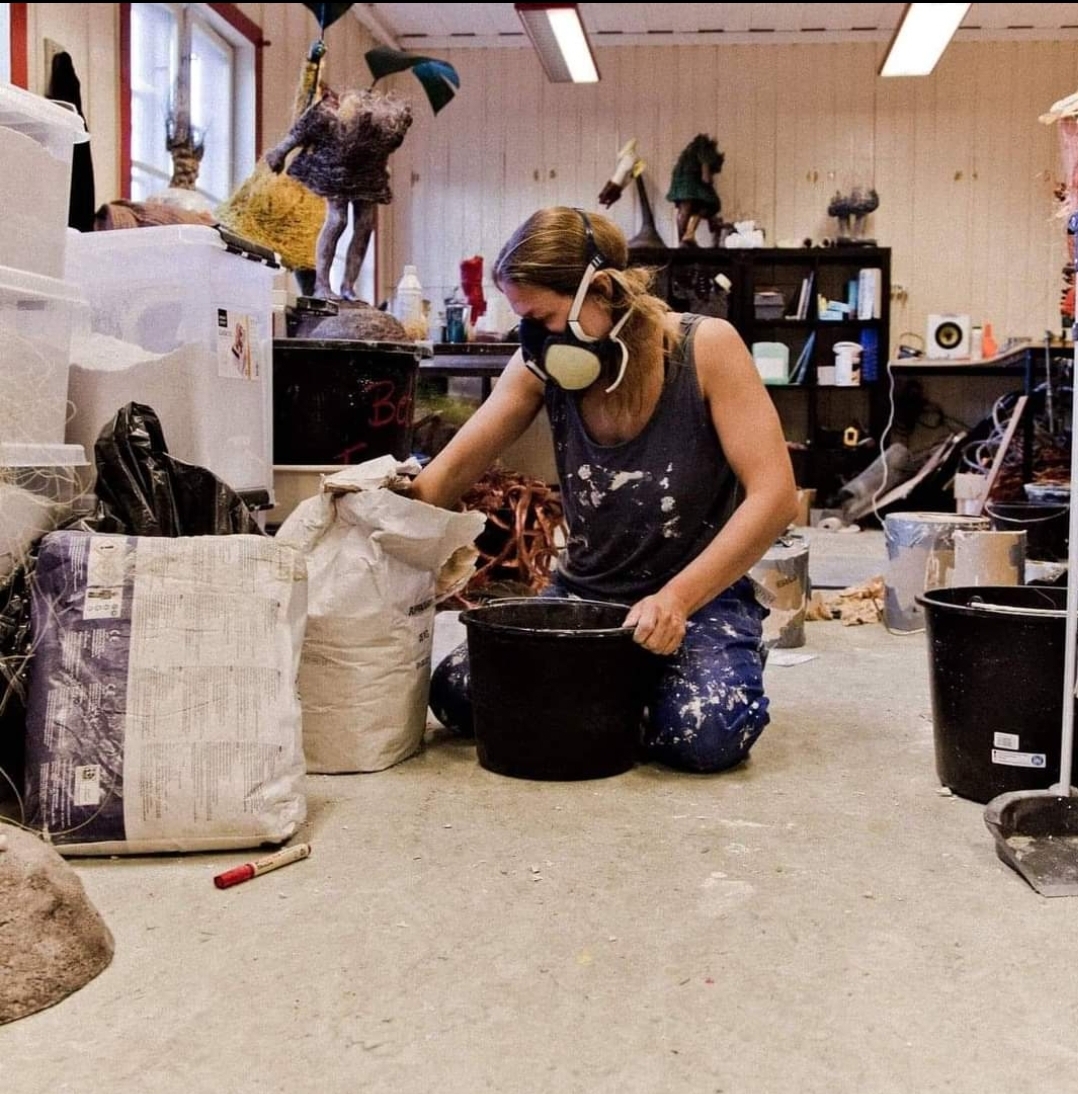 The Norwegian artist Lene Kilde creates figurative sculptures inspired by the emotions and personalities of children. She believes that their body language is the purest form of communication. She stops each childlike pose with cement-sculpted hands and feet, and fragments of textured clothing made from colored, metal mesh. The “incomplete” pieces invite the viewer to use their imagination to fill in the visual gaps and illusory contours, and perhaps delve into their own childhood memories. Although each sculpture – made from “concrete, metal mesh and air” – shows only parts of the artist’s subjects, their concrete hands and feet still portray a strong sense of character: curious children are depicted standing on their tippy toes, timid and less confident kids are shown with awkwardly positioned feet and curled up toes, while more brave and adventurous kids are shown with confident stances, tightly clenched fists, and are often placed with accompanying props.

Lene Kilde was born in 1981 in Rælingen, a small town near Oslo, Norway. She attended the Art School in Asker and studied sculpture at the Einar Granum School of Art in Oslo. In 2012 she obtained a Master's degree in Product Design at Oslo and Akershus University College and was subsequently awarded a three-year scholarship by the prestigious Norwegian Arts Council. She has exhibited her works in solo and group exhibitions and art fairs in Europe, Switzerland, USA, Dubai, Lebanon and Taiwan. Among the international art fairs, she took part in SCOPE Basel and SCOPE Miami. Her sculptures are part of important private collections all over the world. One big installation was purchased by NRK, an important Norwegian public company responsible for broadcasting in Norway. She lives and works in Norway.