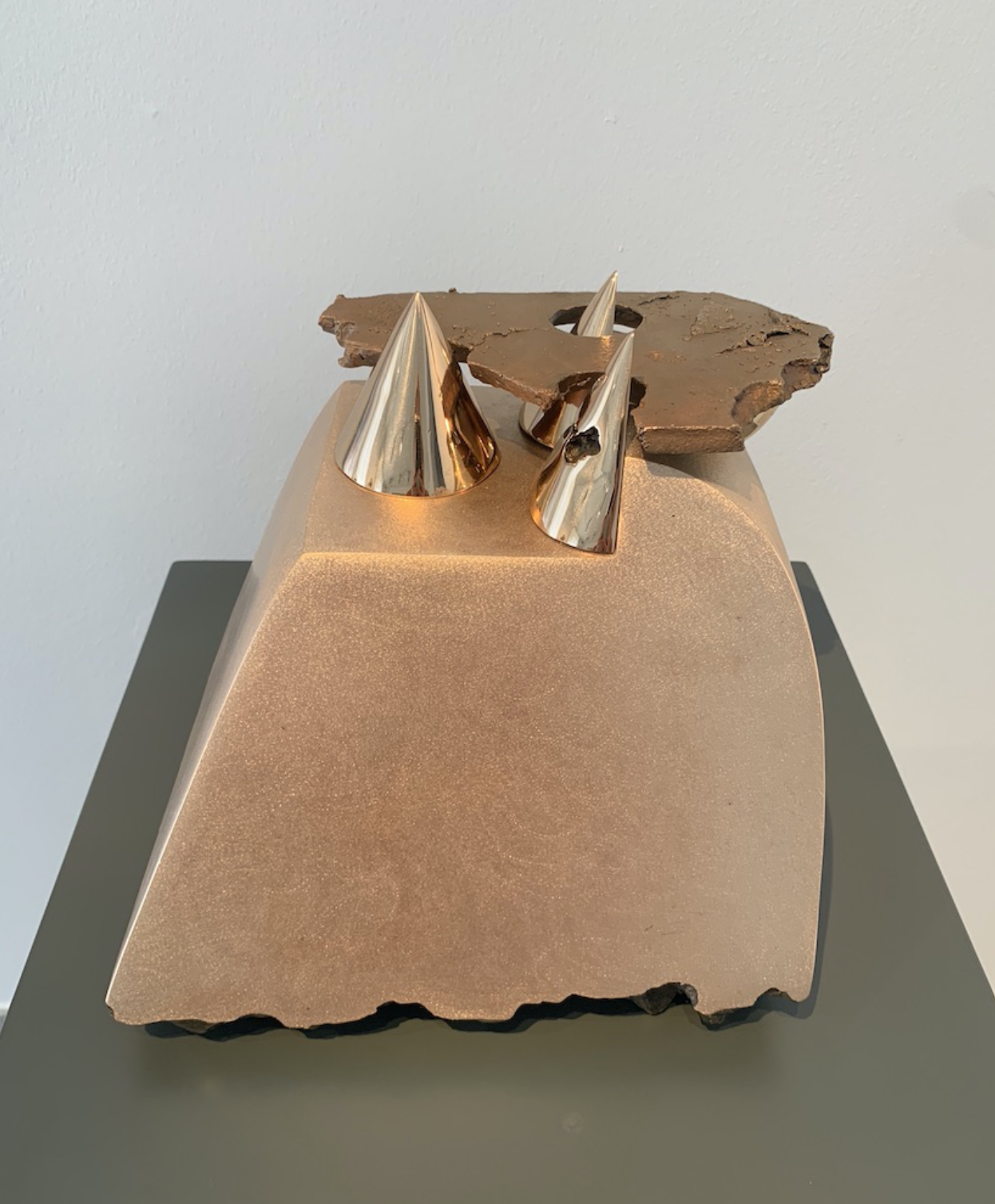 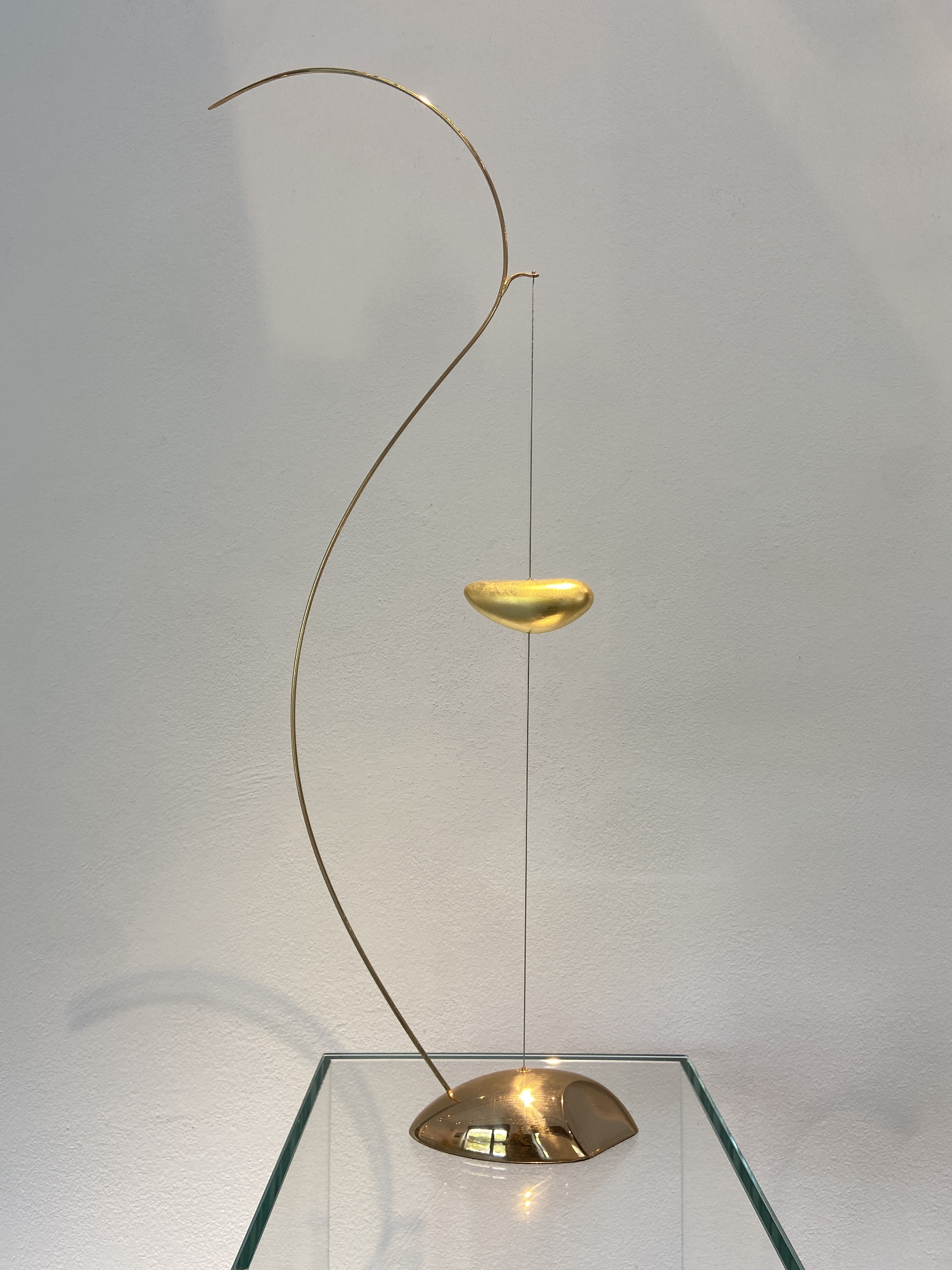 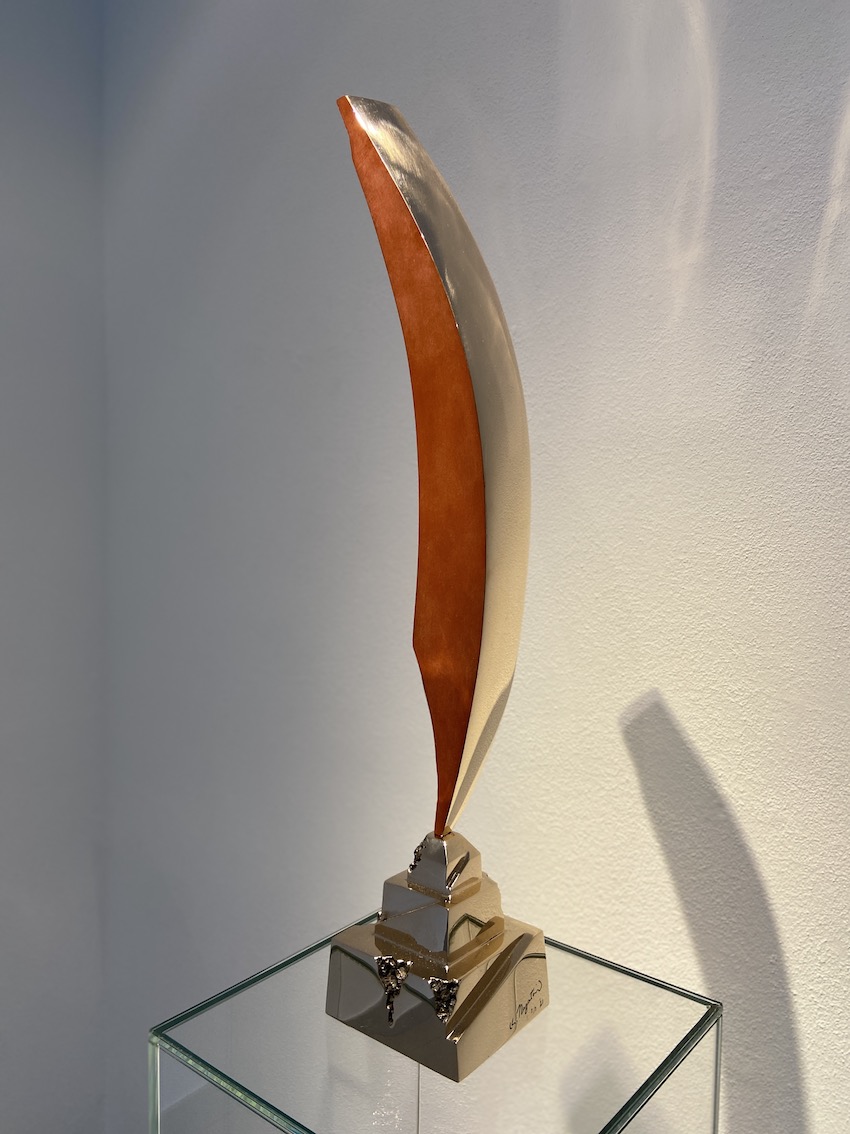 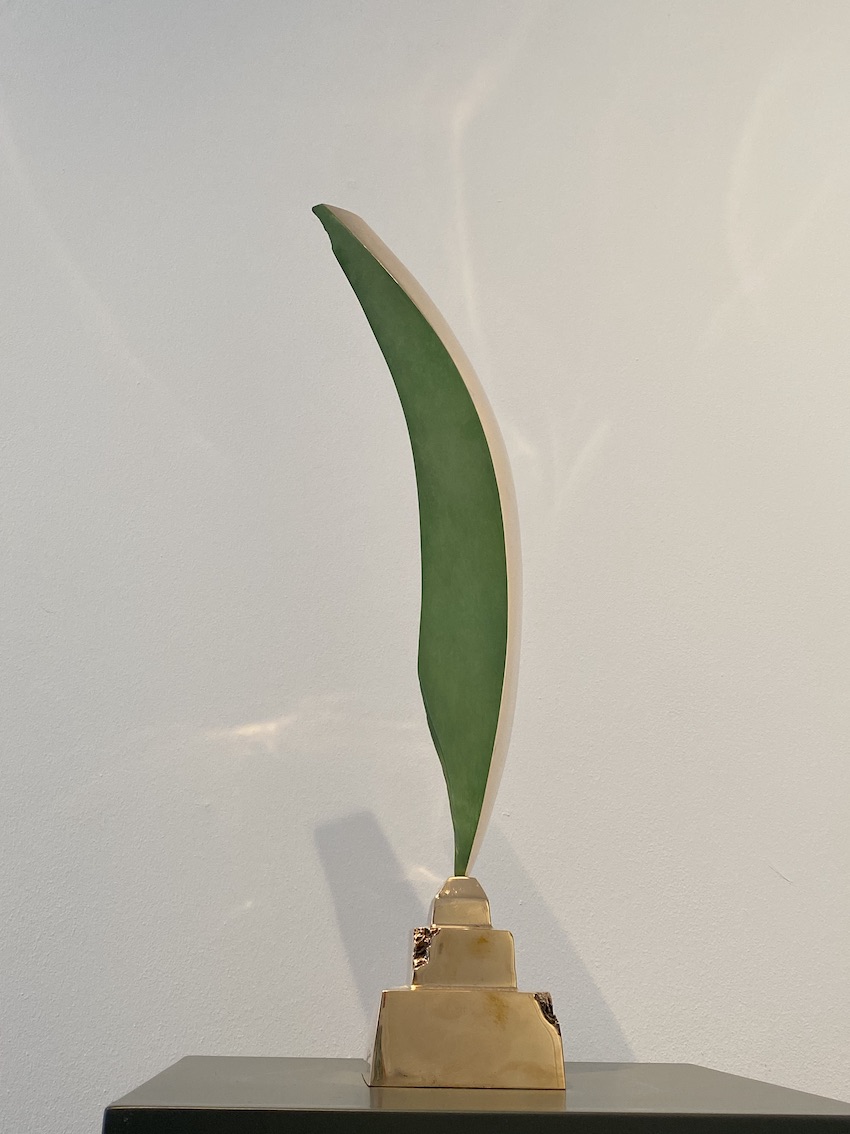 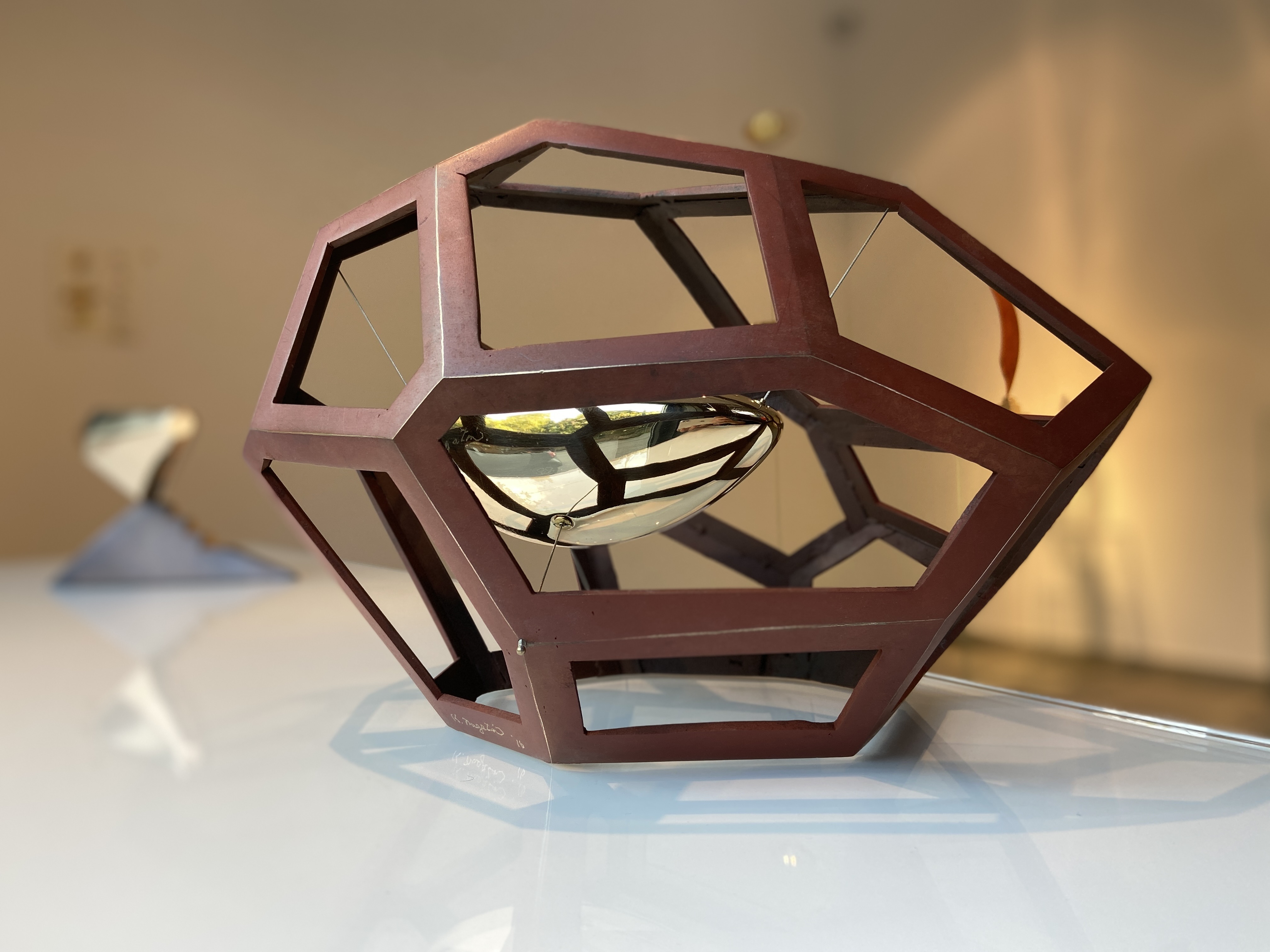 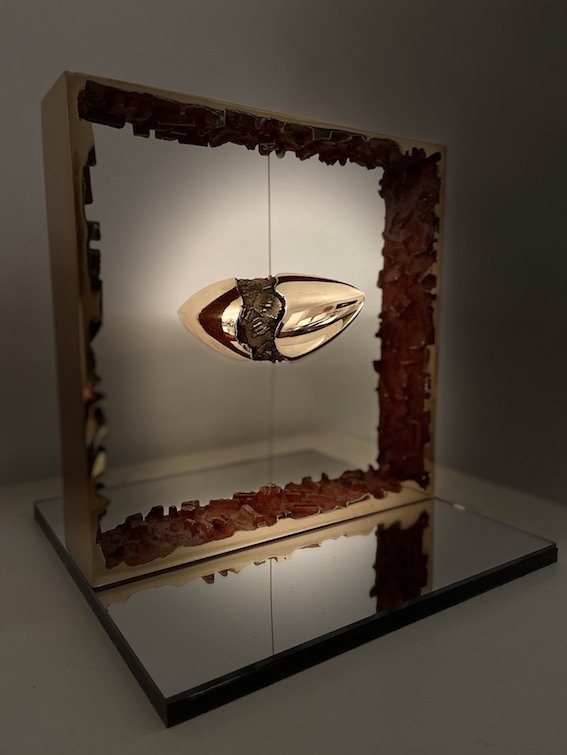 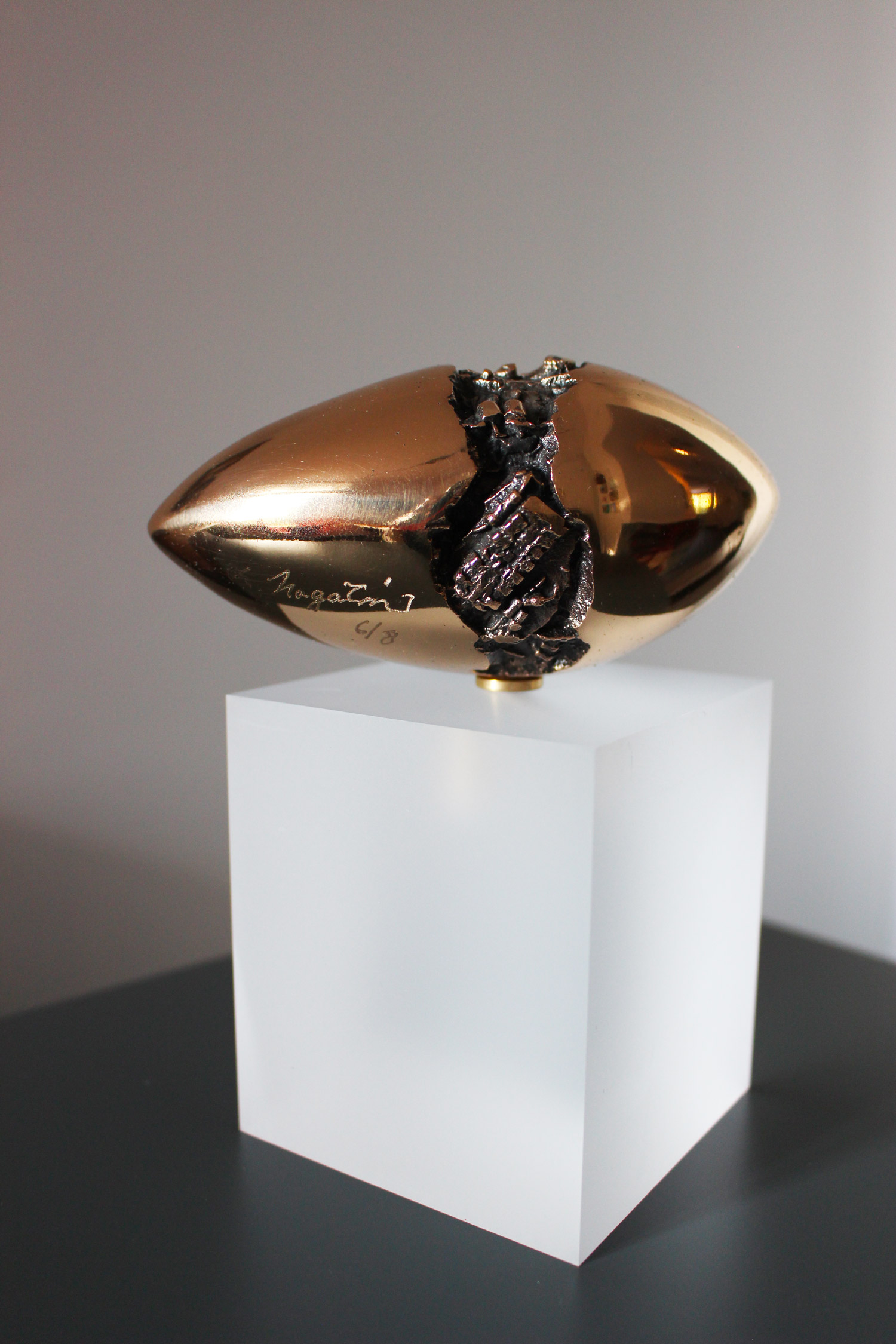 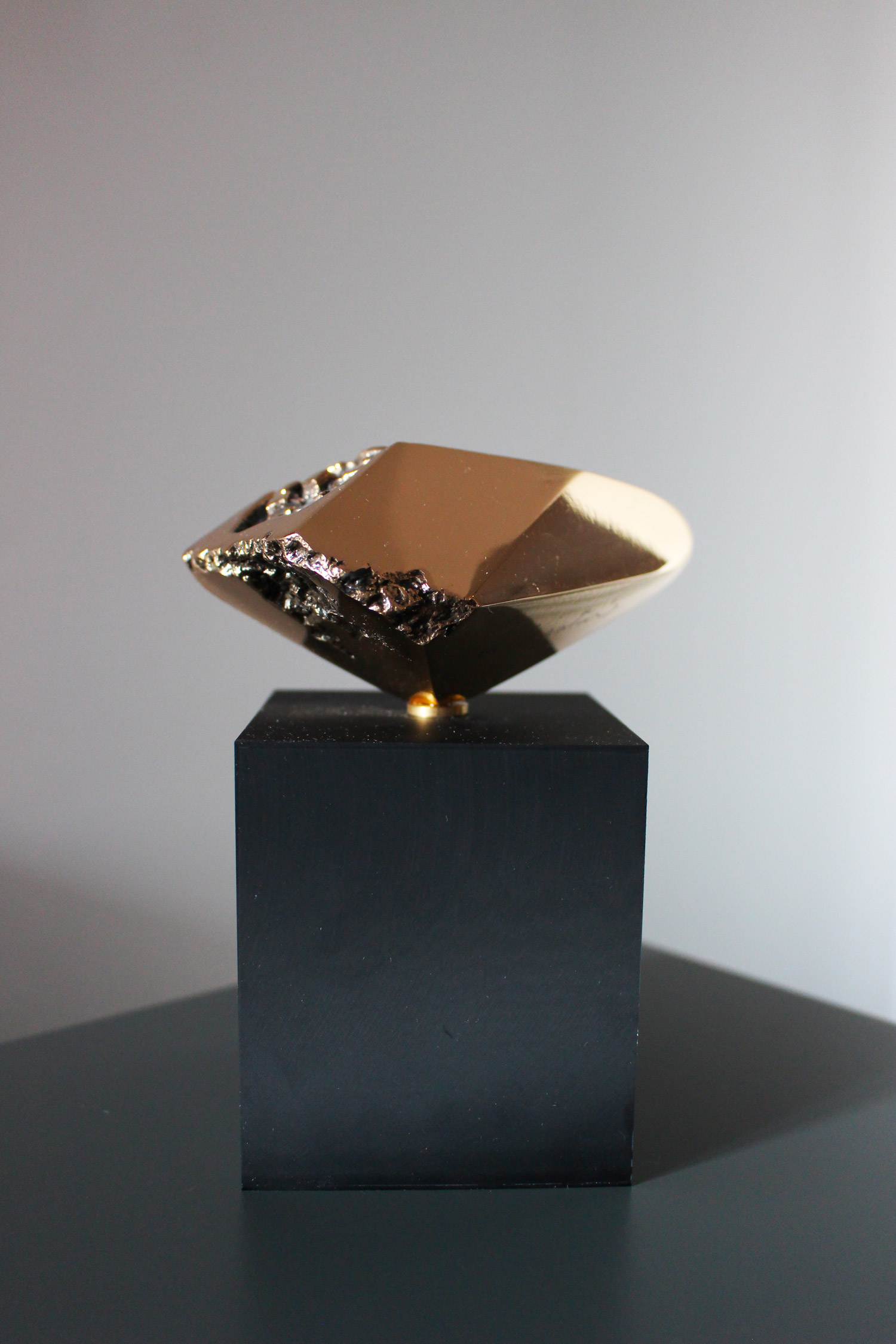 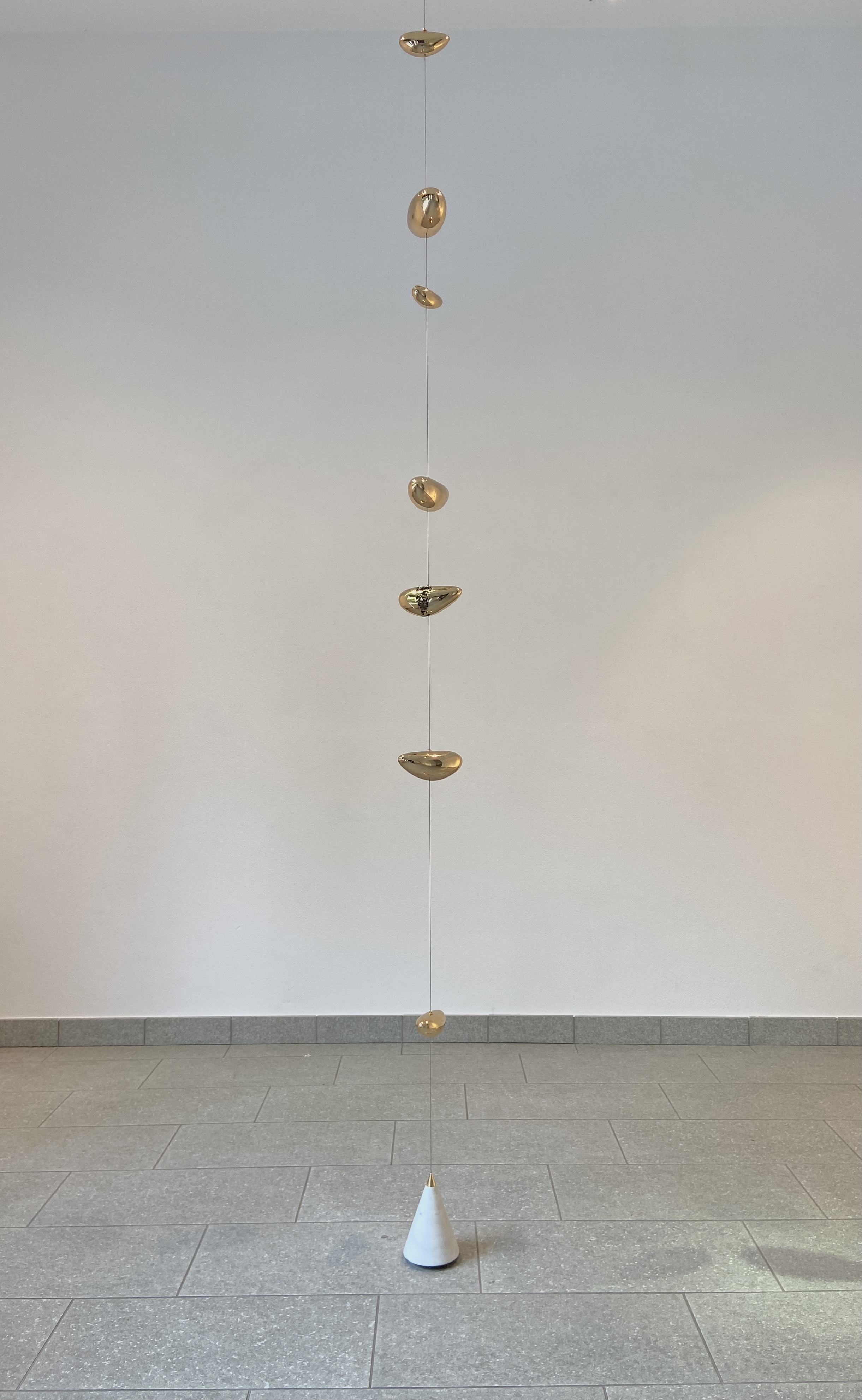 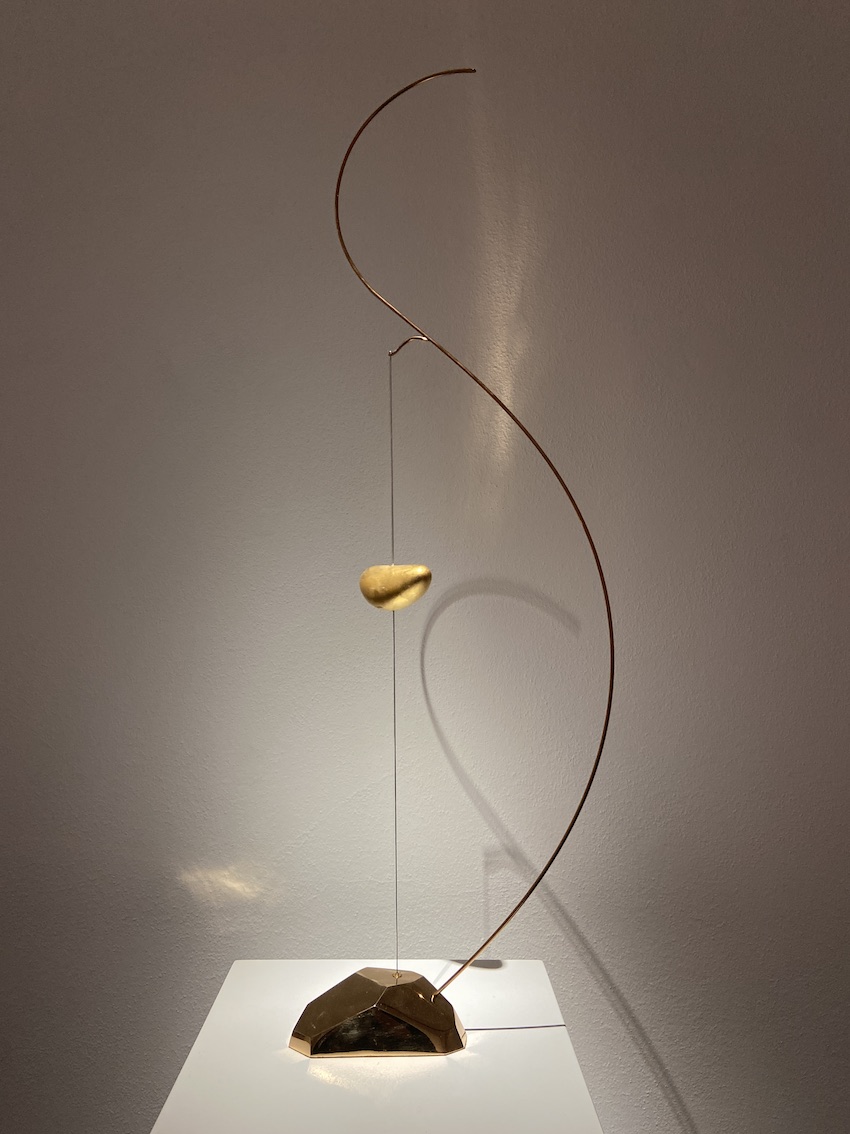 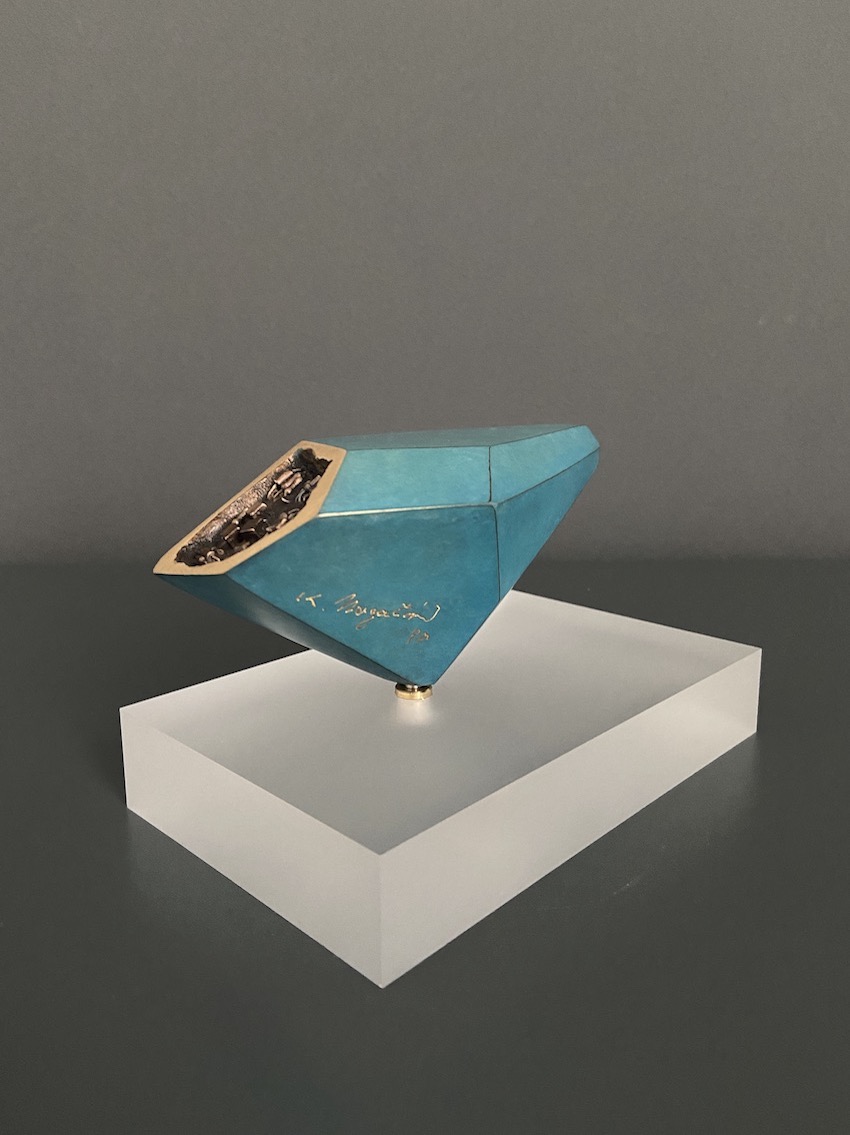 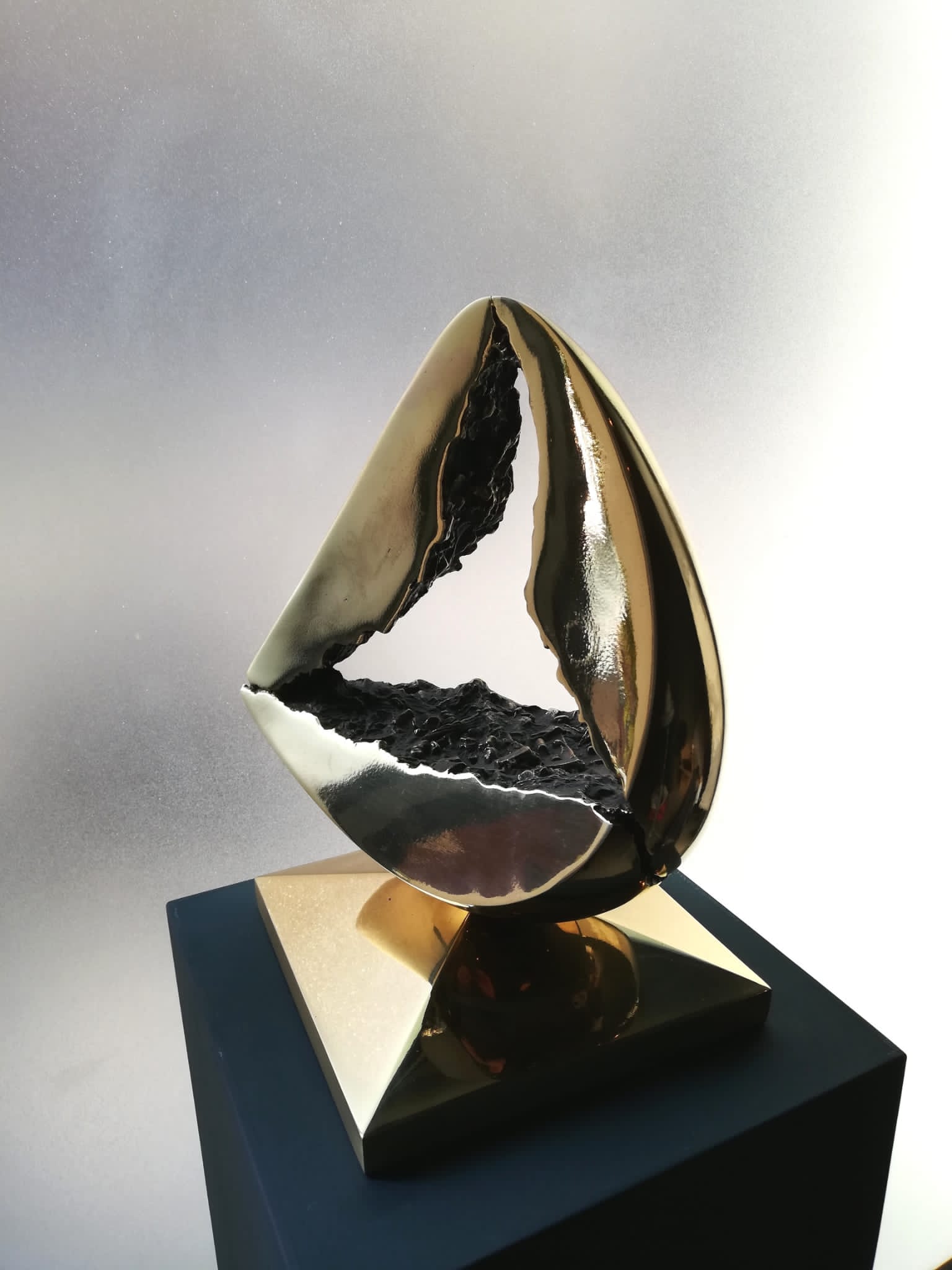 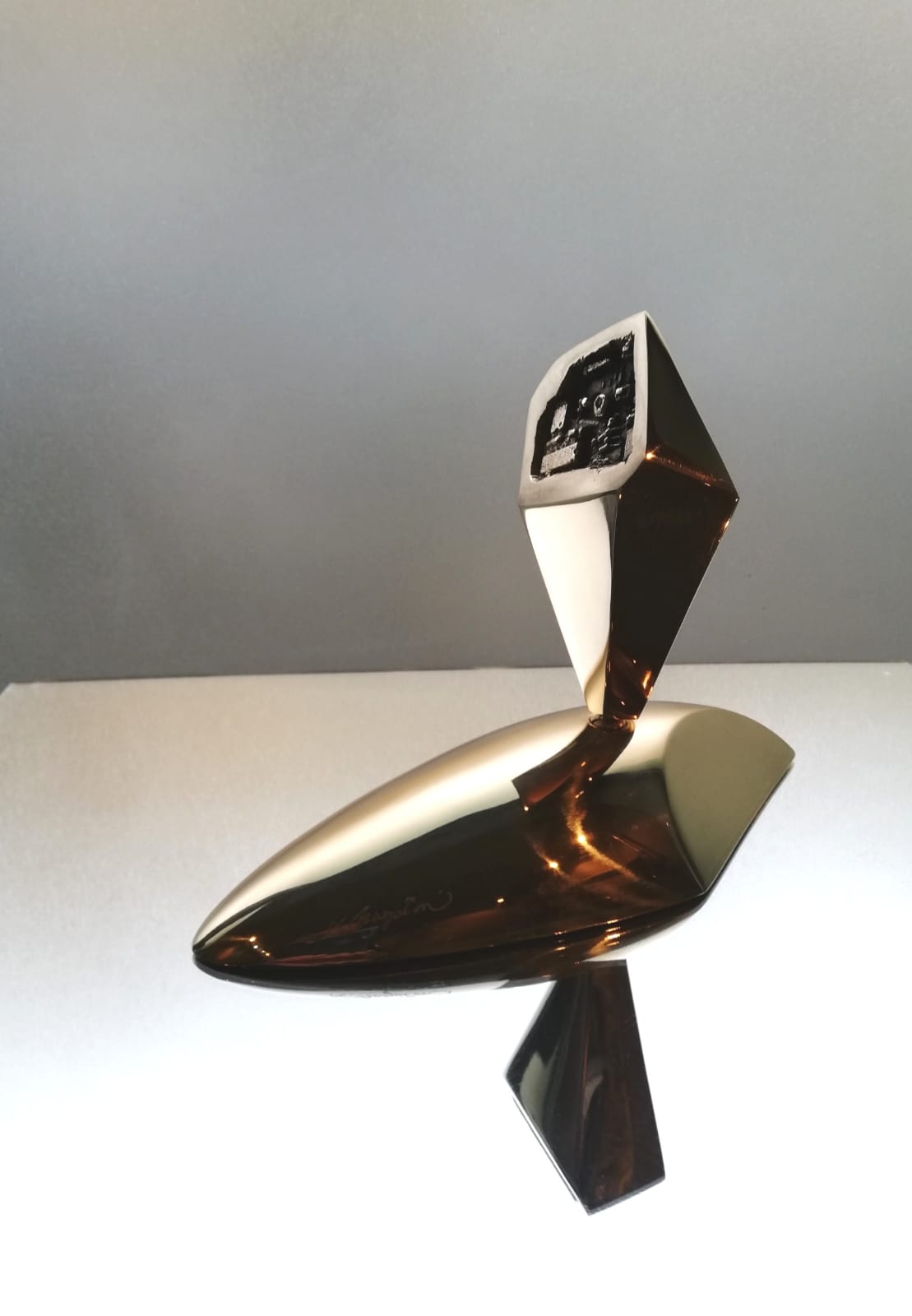 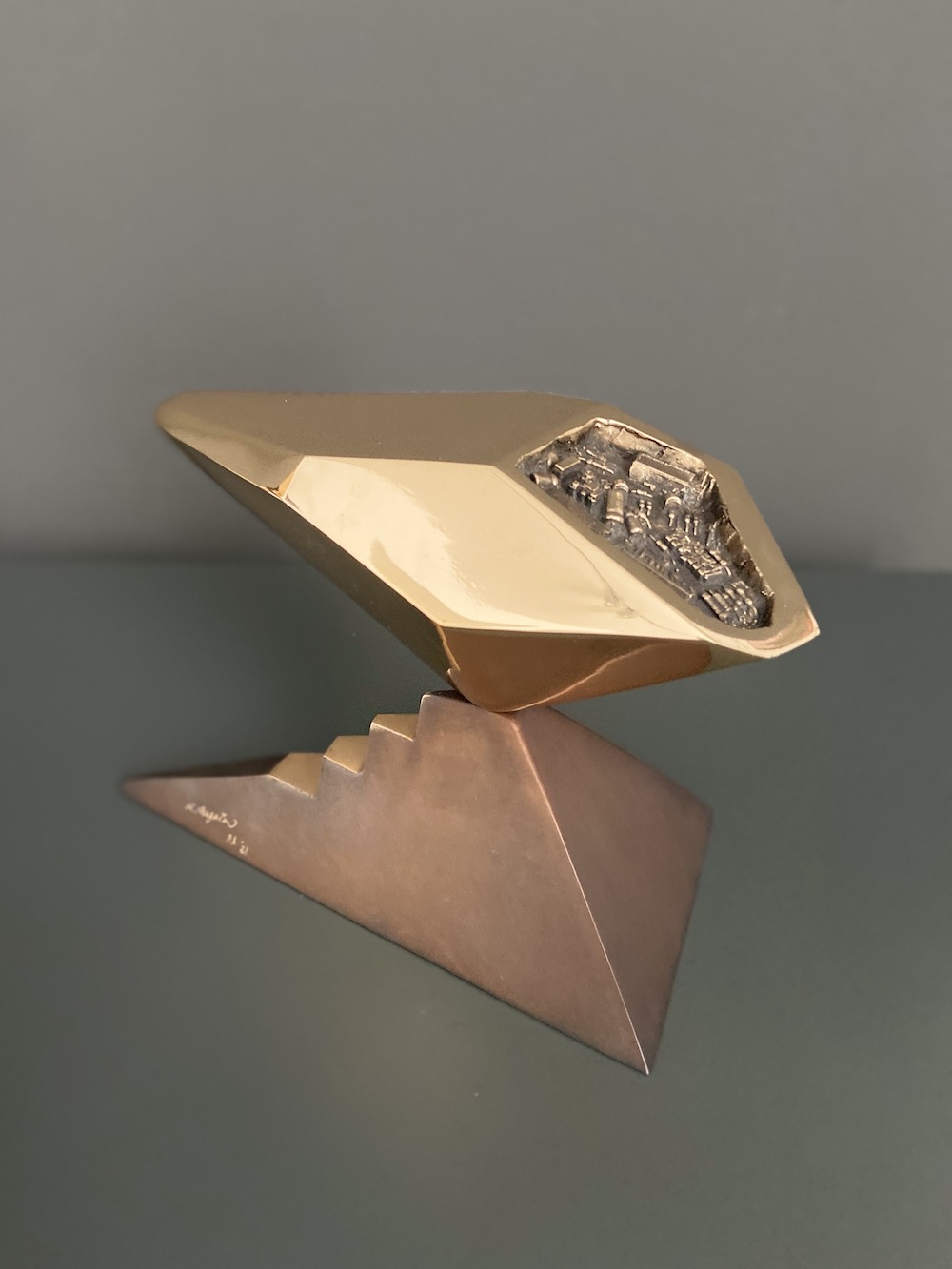 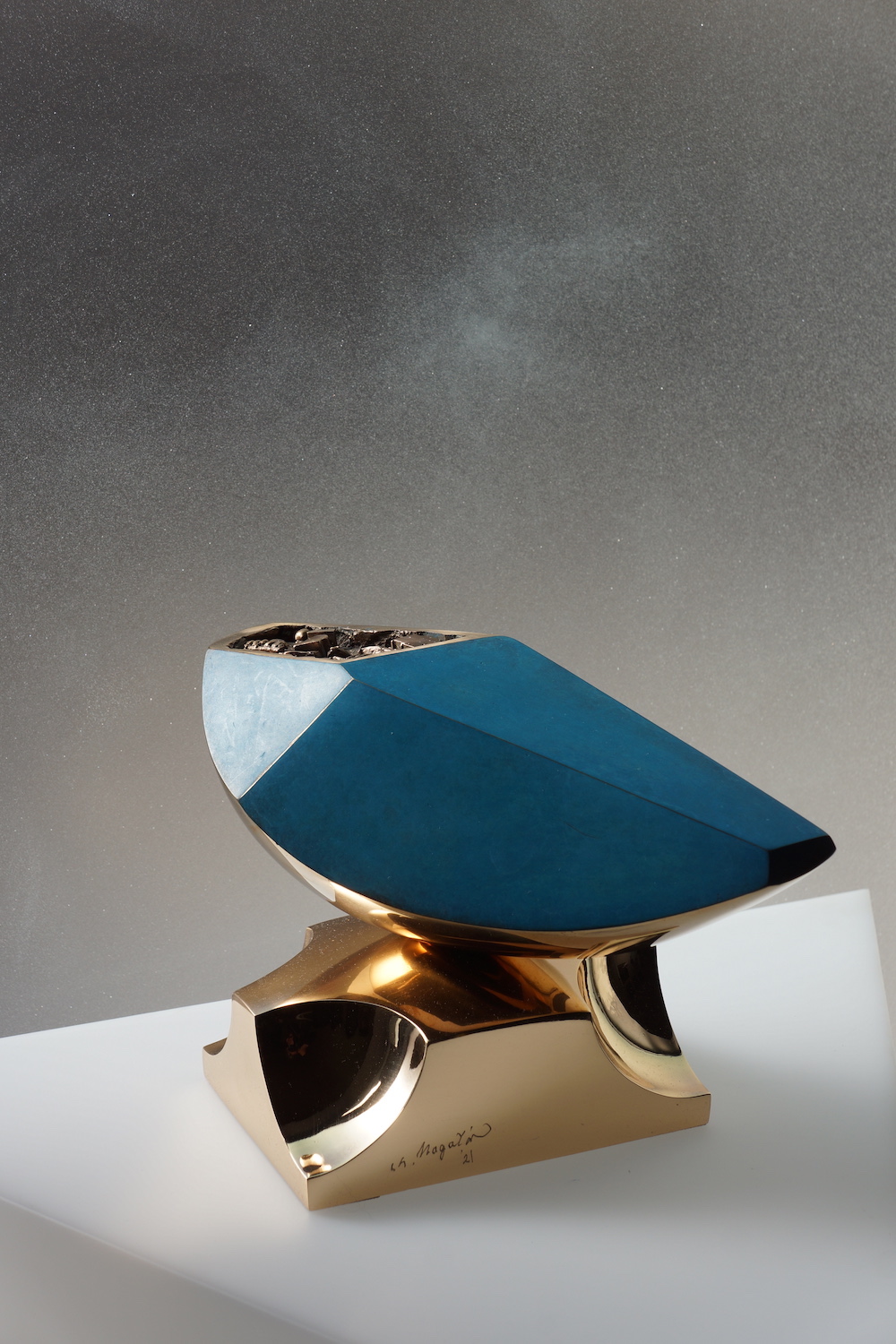 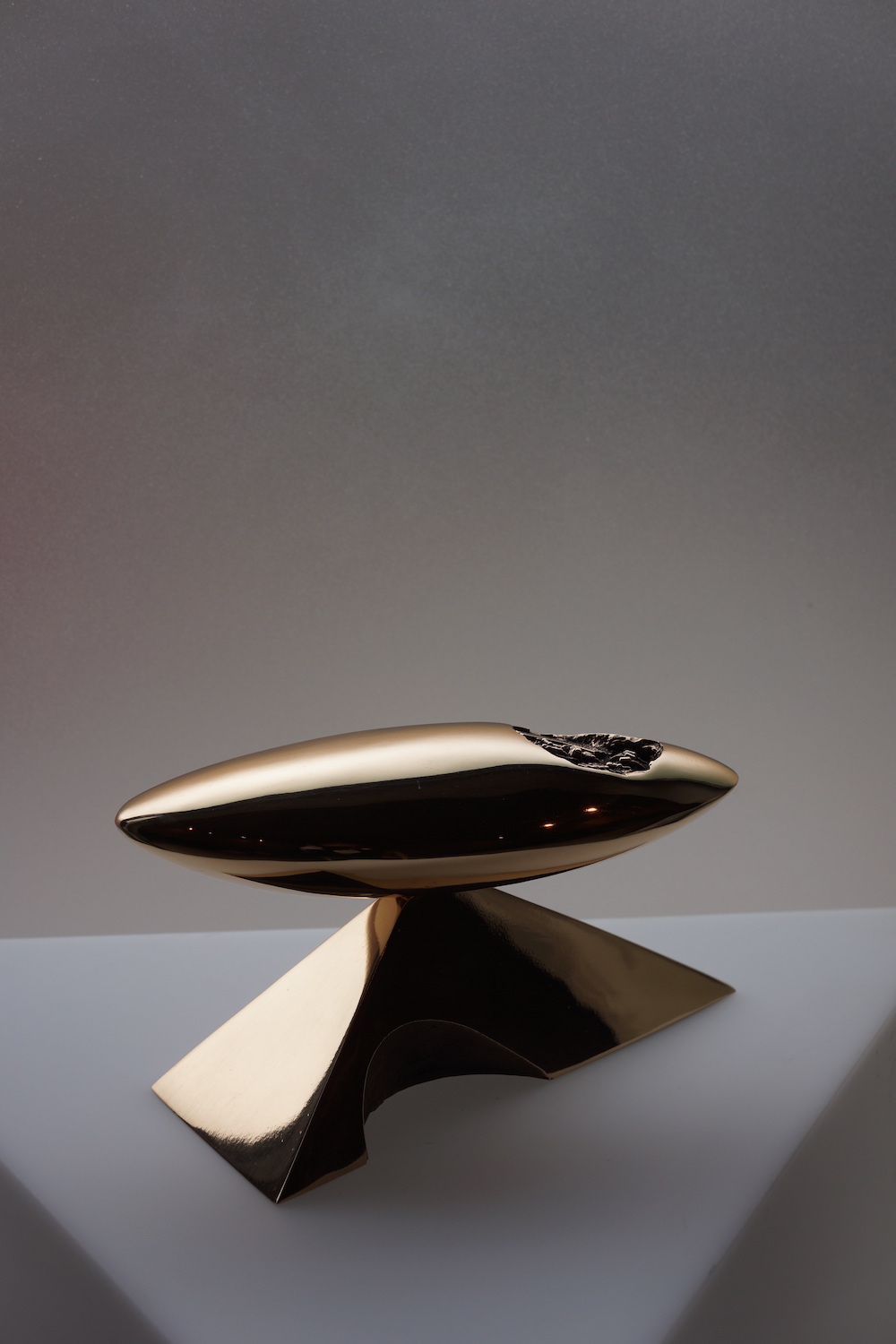 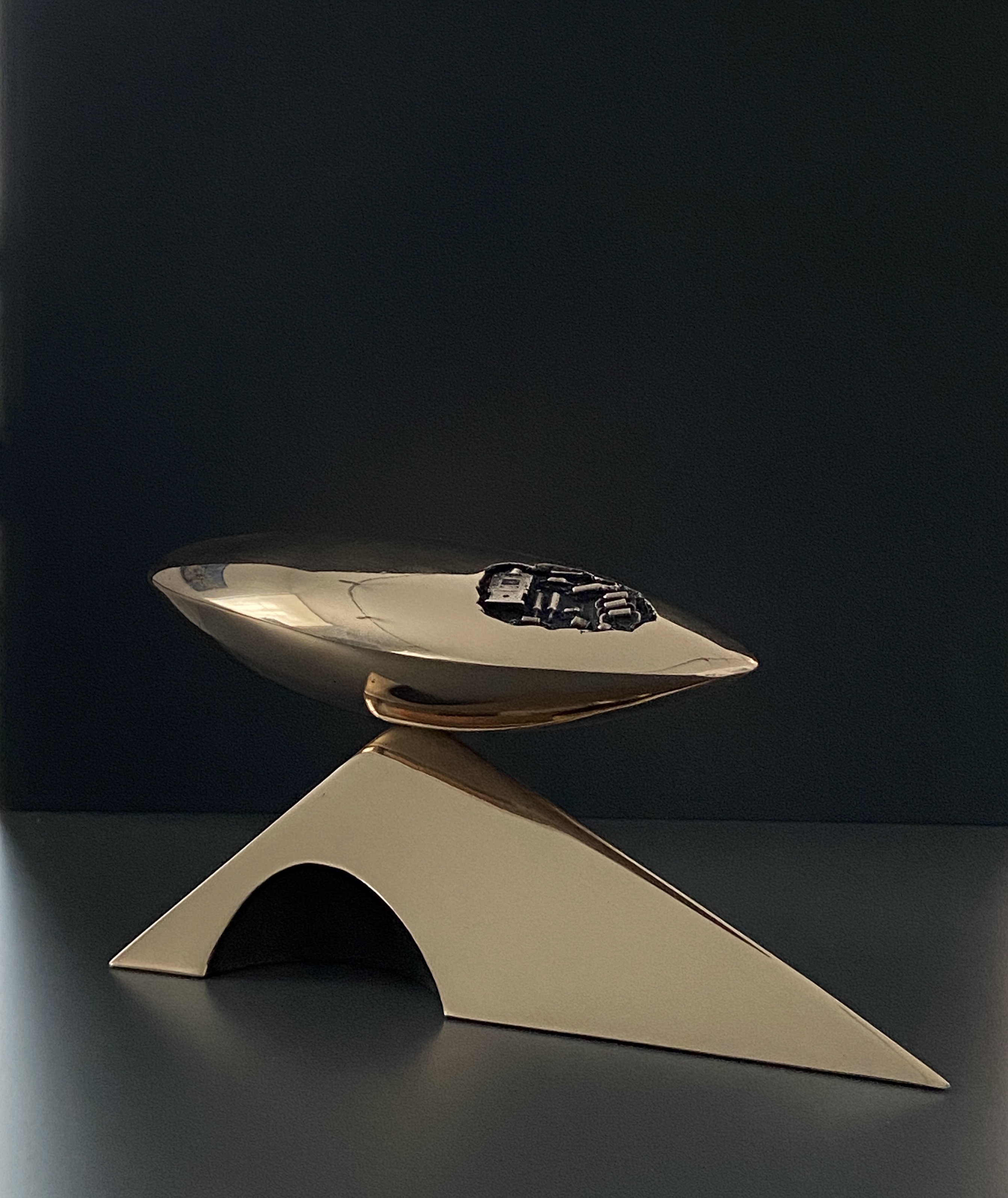 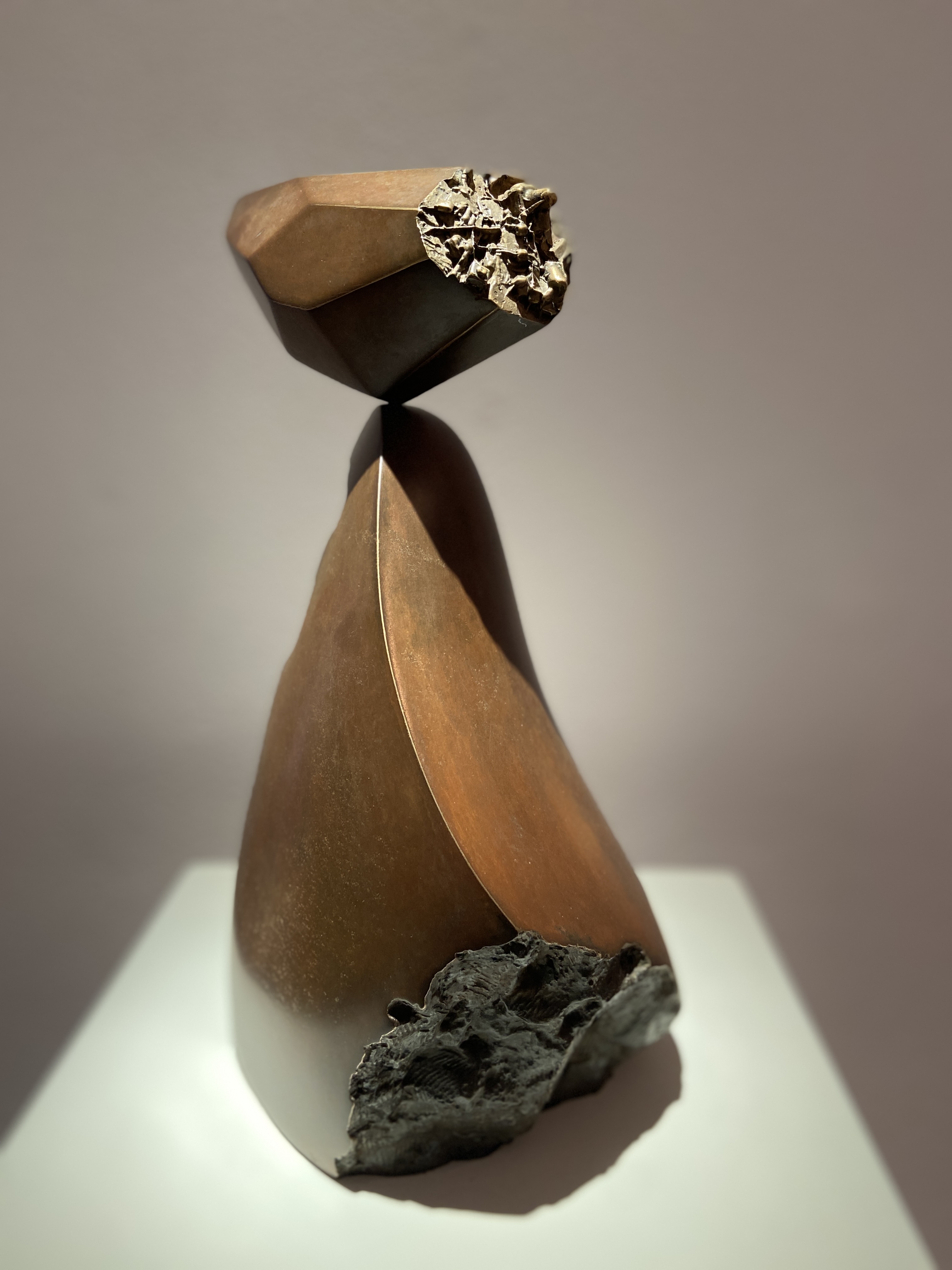 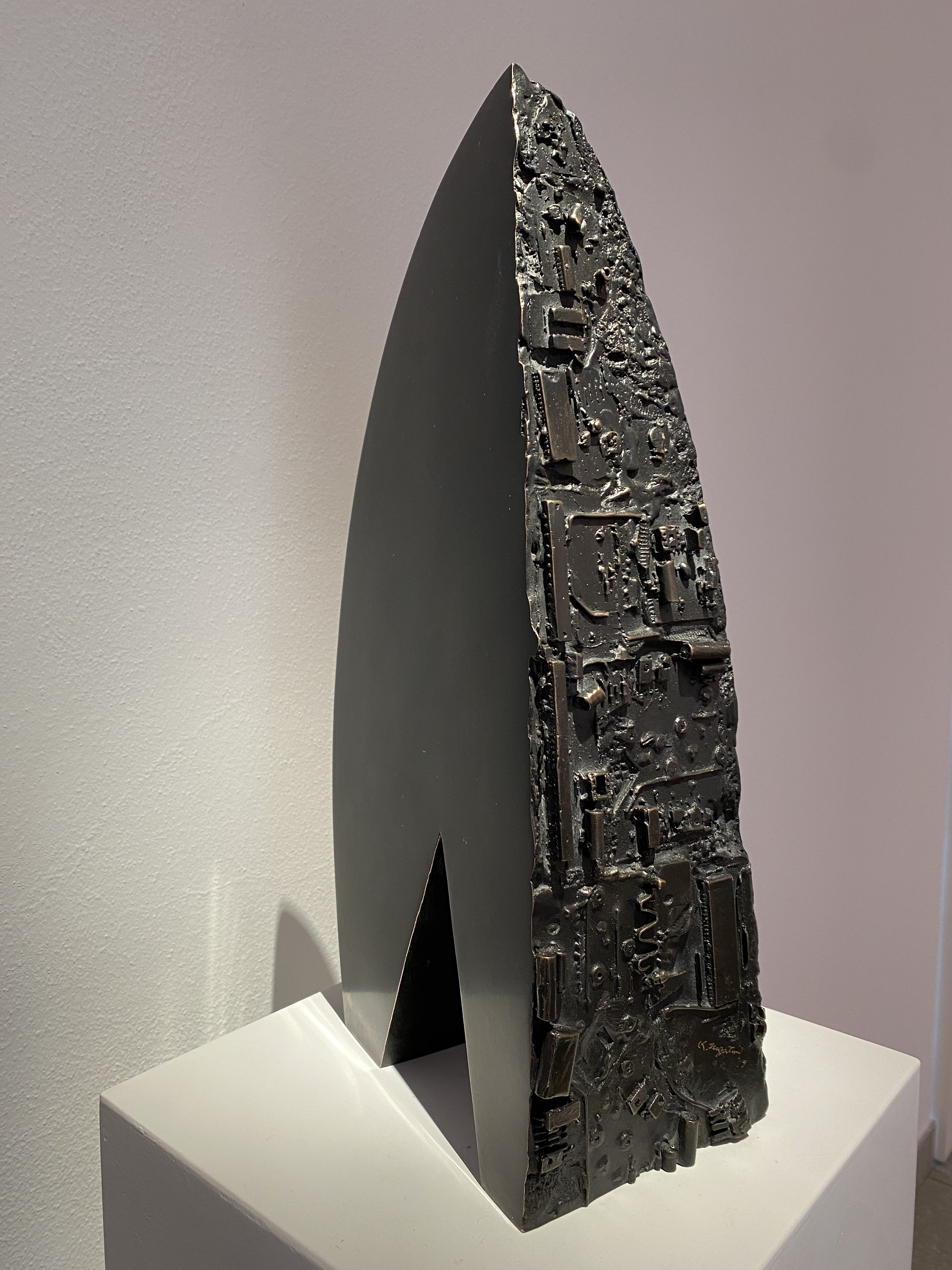 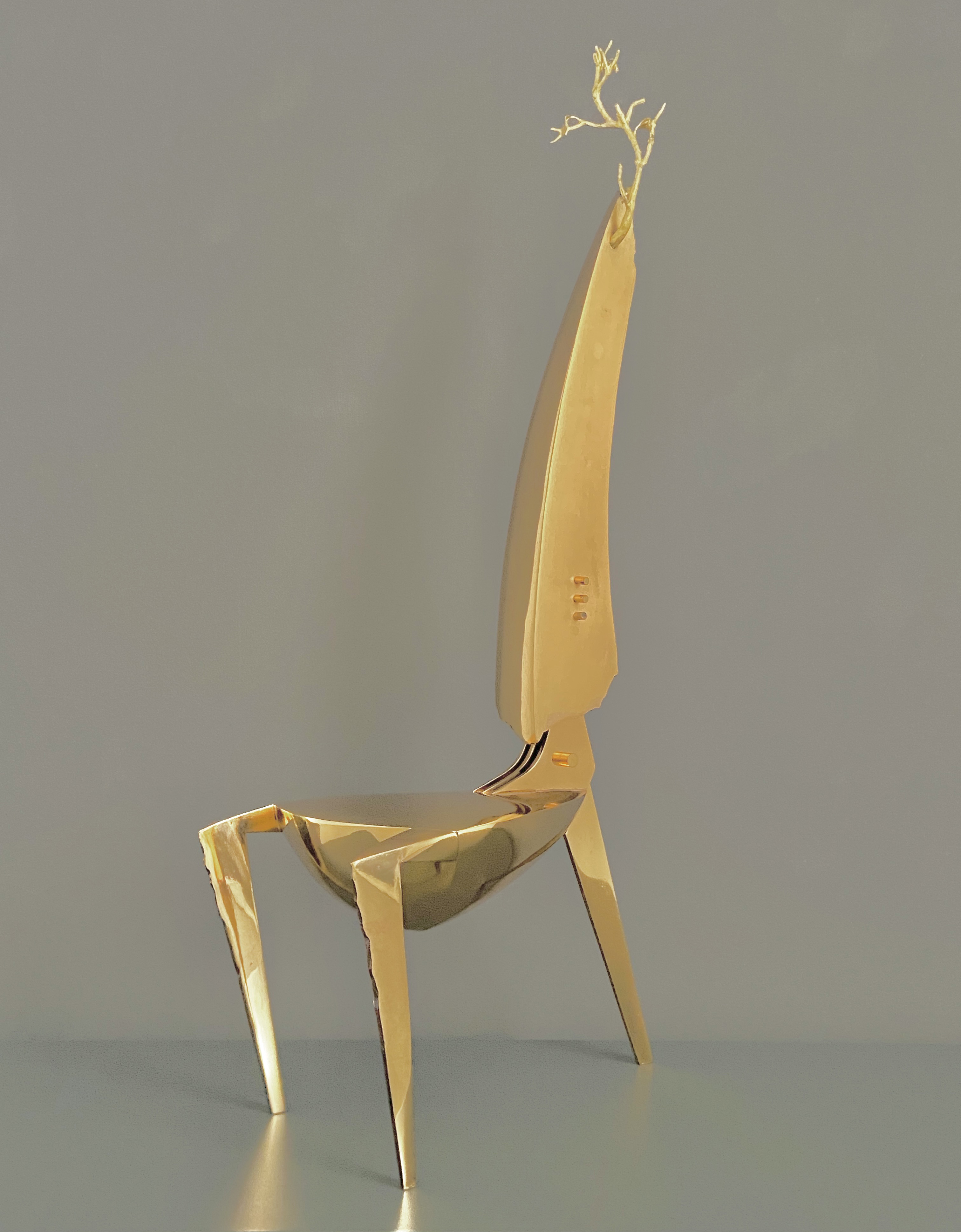 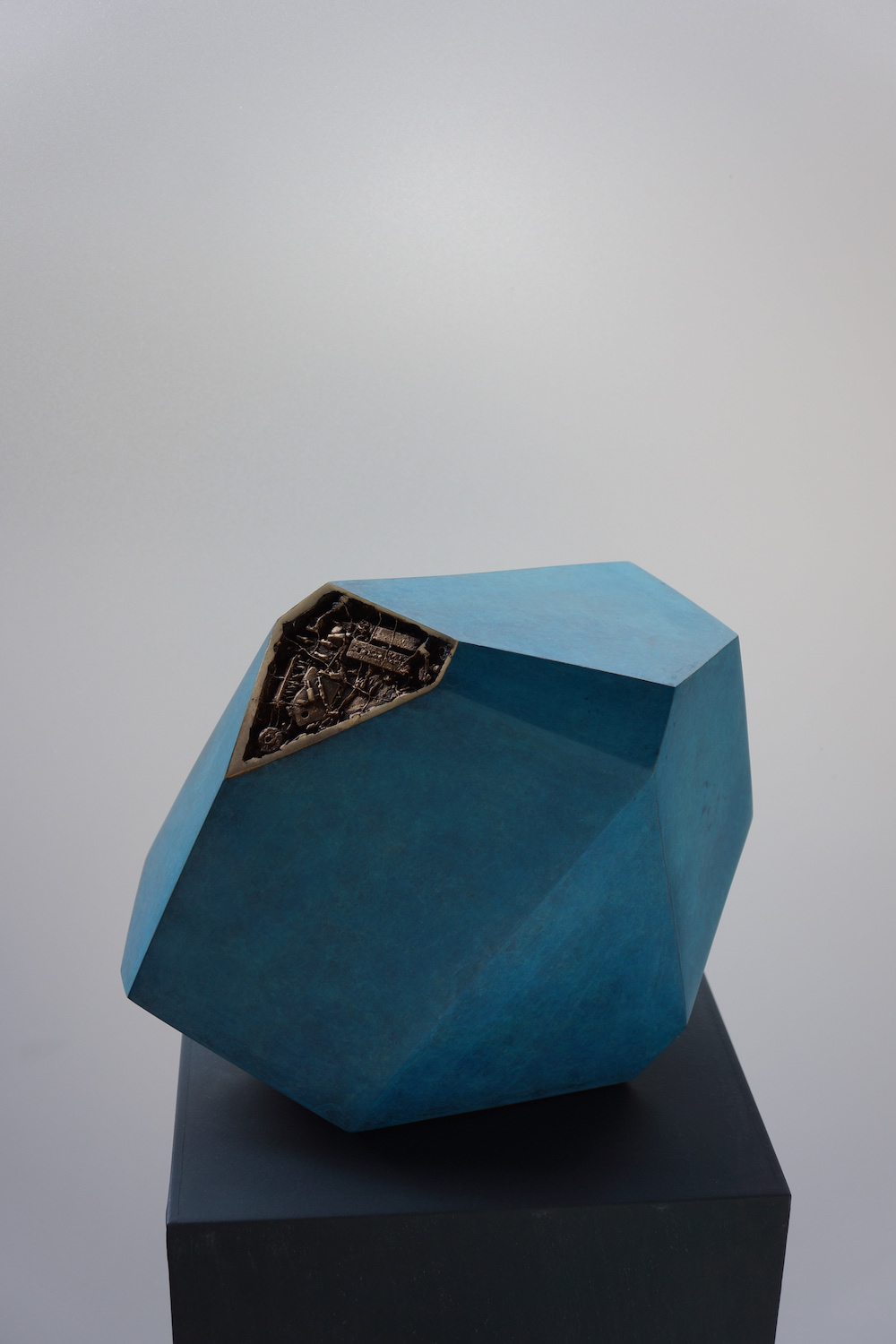 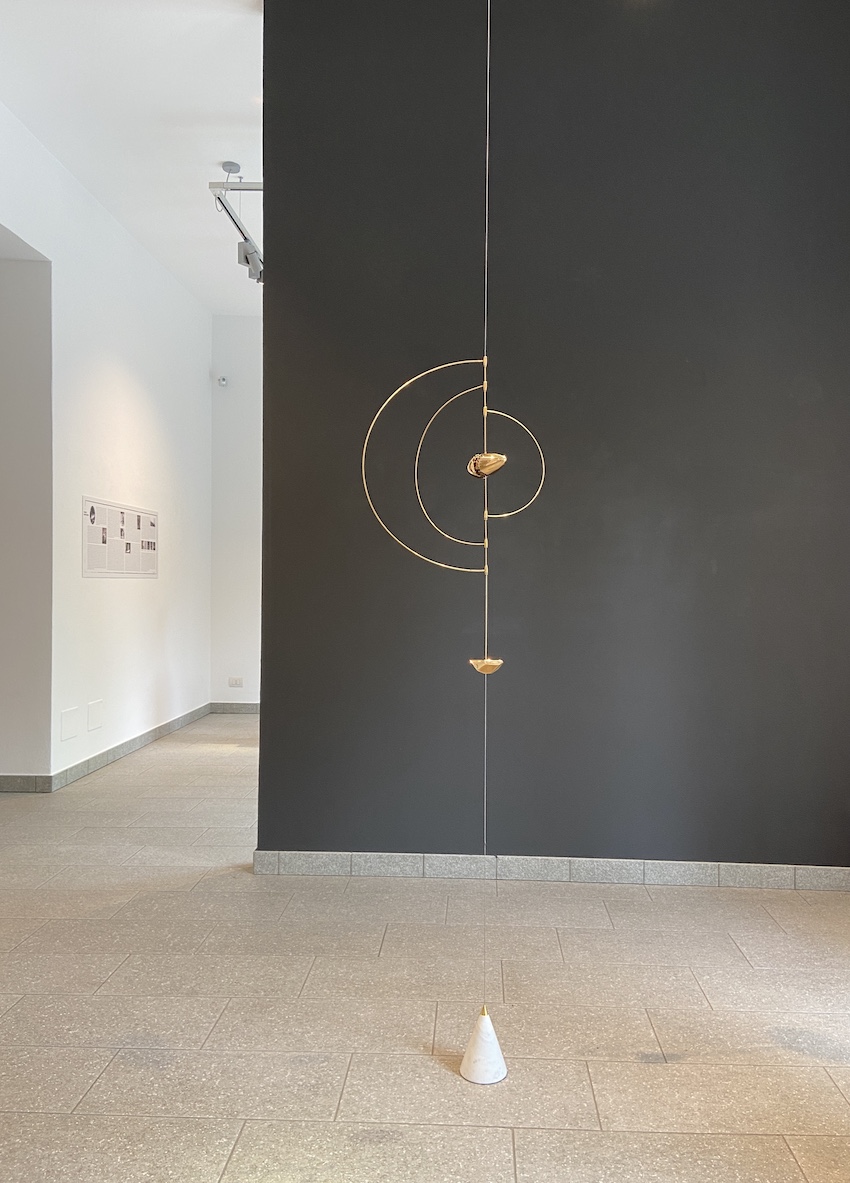 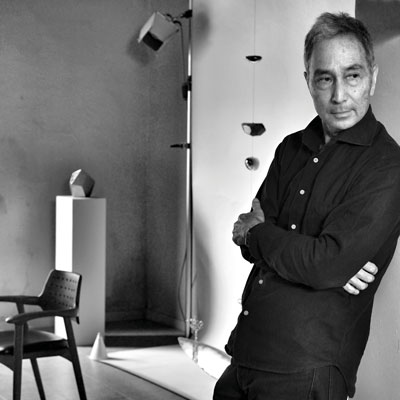 Kyoji Nagatani was born in Tokyo (Japan) in 1950. He graduated from the Zoukei Arts University in Tokyo and was awarded with a degree from the Research Institute of the State University for the arts in Tokyo. In 1976 he graduated in bronze casting from the Tokyo University for the Arts. In 1978 he first moved to Italy to attend the Brera Academy in Milan and in 1981 he came back thanks to a scholarship from the Italian Government that allowed him to graduate from the Brera Academy in 1984 under the tutorship of Prof. Manfrini and Alik Cavaliere. Nagatani's artworks soon gained international resonance and became part of many private collections. In 2000, the Jubilee year, he was commissioned a Coffer for guarding the keys of the Holy Door of the Basilica di San Giovanni in Laterano in Rome while in 2009 he won the Award of the Arts (sculpture sector) of the Circolo della Stampa in Milan - Associazione Culturale Indro Montanelli. Nagatani's sensual and monumental compositions combine dream, poetry and art, offering themselves as an opportunity for aesthetic and critical reflection: Wind, Time, the Column, the Door, the Chair, Earth, Silence constantly return as keywords, to give rhythm to the titles of his works. The artist faces things from a philosophical, as well as a physical point of view. Living and working between Italy and Japan, the sculptor creates important monumental works, such as the Monument for the Hachioji Municipal Theater in Tokyo, Sedia del Vento for the Open Air Museum of Utsukushigahara in Nagano, Porta del Vento for the Hakone Open Air Museum of Sculpture, and three monuments for the Yoshikawa City Public Gardens (Saitama). Among the artworks created in Italy, Seme (2012) for the Bergamo Building School in Seriate (BG), the sculpture Viaggiatore del Tempo (2008) at Voghera Airport 829 and Trono del silenzio (1998) in Pioltello (MI) come to mind. In 2019 he created the evocative Porta della memoria (2009) in Chiesa in Valmalenco, Sondrio. He has taken part in many important exhibitions in Italy and abroad. In the month of May 2017, Nagatani exhibited in the evocative solo show “Semi del tempo” at PUNTO SULL'ARTE. He lives and works between Italy and Japan.