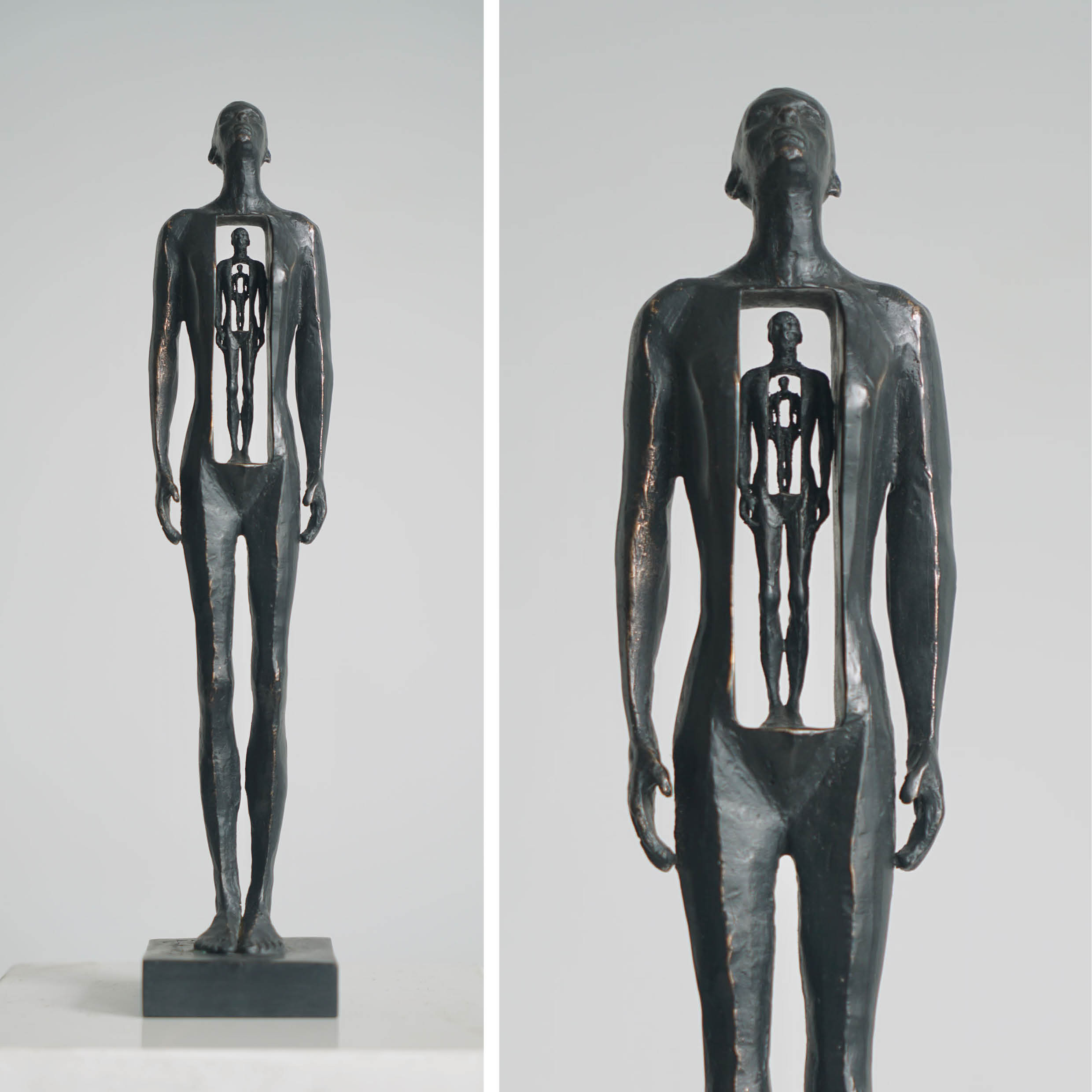 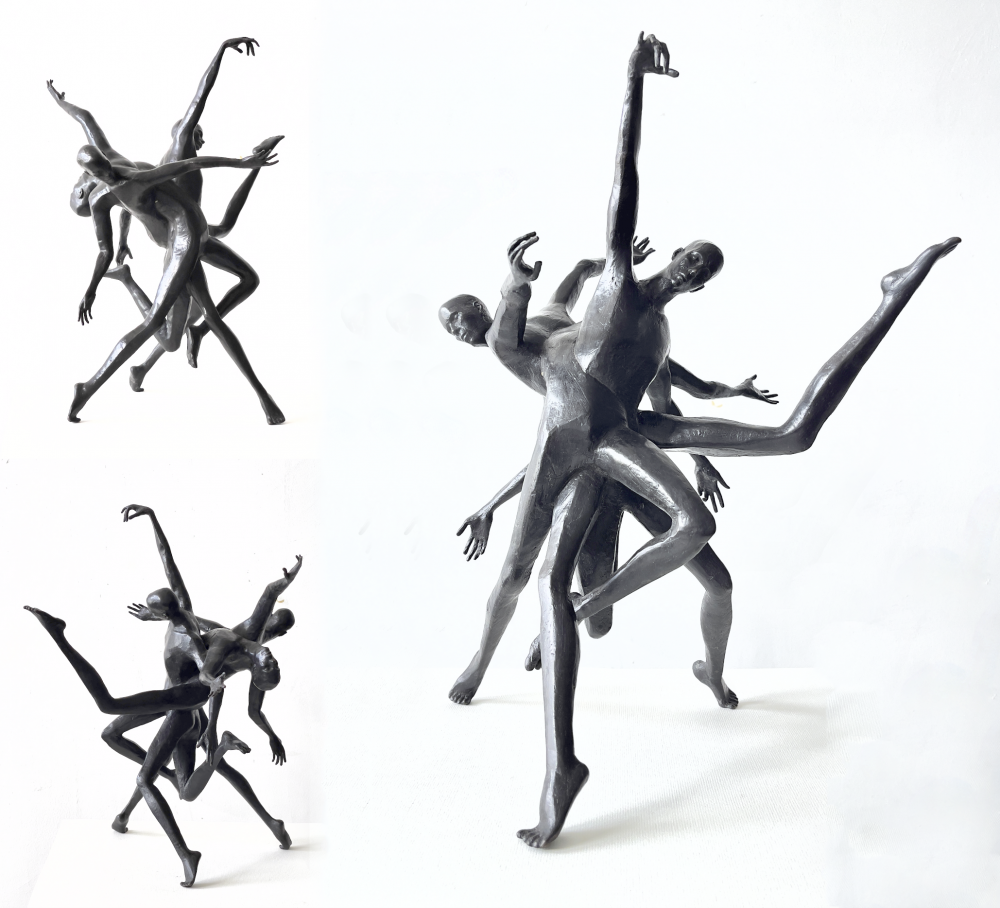 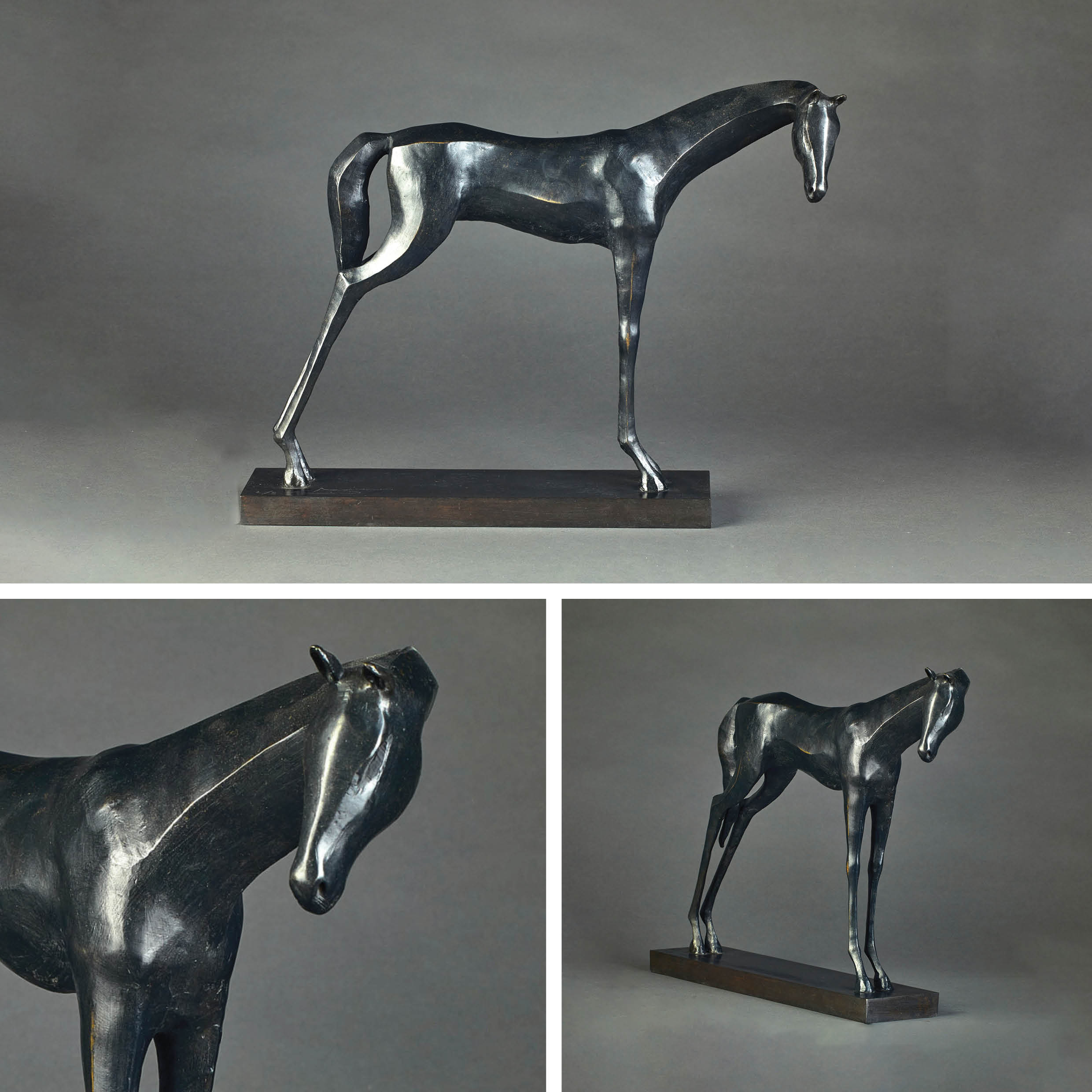 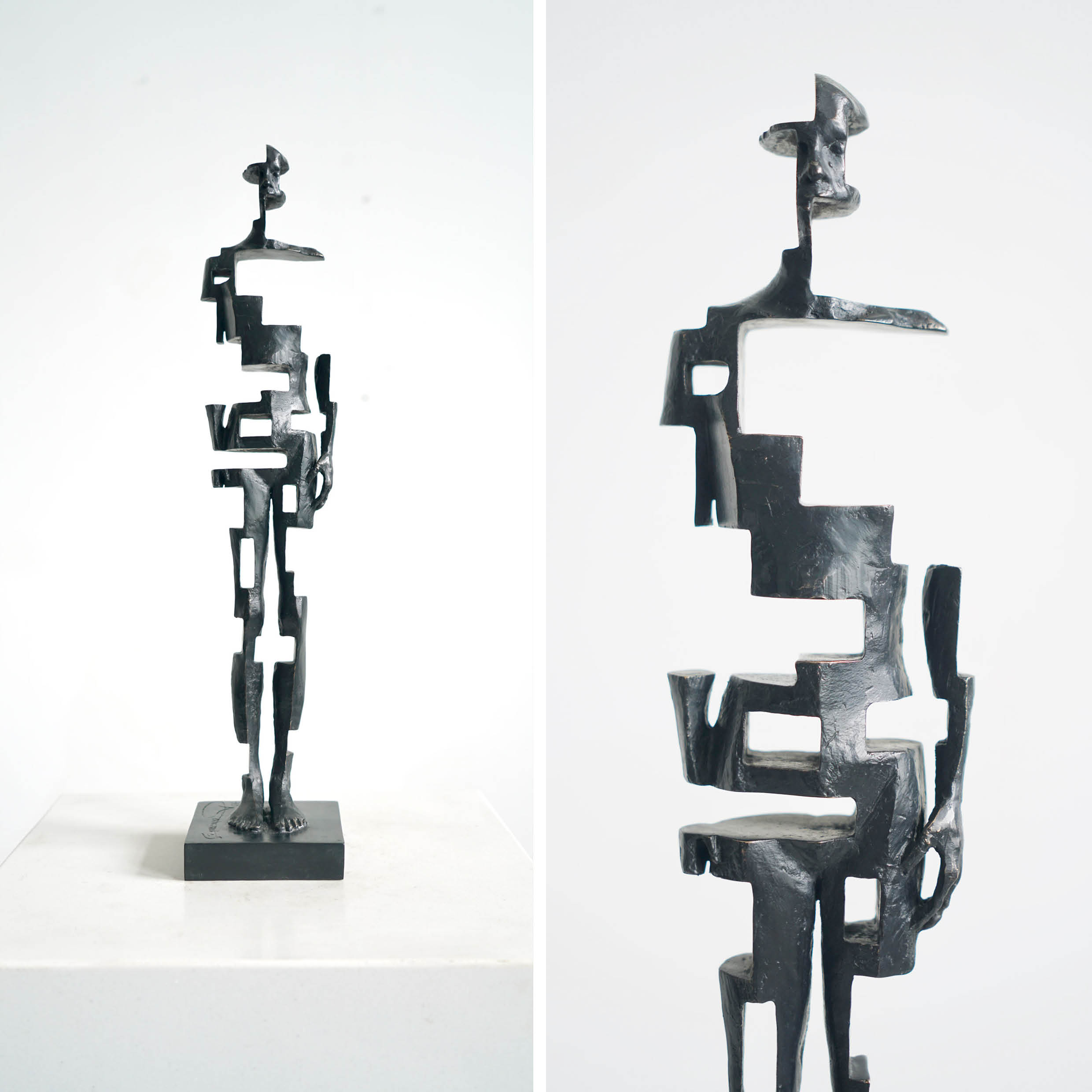 After summer break, the exhibition season at PUNTO SULL’ARTE opens with a solo show of the sculptor JOHANNES NIELSEN, one of the greatest Swedish sculptors of his generation and one of the first artists exhibited at PUNTO SULL’ARTE in 2011. Over the years Nielsen has been able to establish himself on the international art scene after an internship in Ireland and a long stay in China, where he still lives and works.

His sculptures are classical and the privileged material is bronze, which nevertheless preserves  a dimension of strong contemporaneity, as for example in the series dedicated to human bodies, in which the crisis of modern man finds exemplification in slim figures at the limit of visual endurance, which are decomposed or have discrepancies with respect to their axis, although always remaining faithful to a composure of form that recalls the great sculptural tradition of the twentieth century.

“Nielsen – as written by the art curator Angelo Crespi – deals with the theme of the double, his are truly “dichotomies” which are not, as appears at first glance, a reflection on the double, but on the divided, on the “cut in two” (dicho- temno), as if the recent pandemics and crises have shown humans’ extreme fragility. The bodies appear divided, almost as though a knife had cut the flesh before it solidified, a cut which is irreparable but from which shines the splendour of the polished bronze, contrasting with the rest of the sculpture which is patinated and scratched: “There is a crack, a crack in everything, that’s how the light gets in”, as Leonard Cohen would sing, meaning that the virtue of this scission, that is not a “diminutio”, if anything, is the possibility of imagining an elsewhere, of seeing inside or, on the contrary, of making it possible for the inside to come out.”

Mild and thready sculptures that critics have described as characterize by an aesthetic minimalism that conveys essentiality and movement. Delicate and light human and animal bodies made by taking inspiration from the trees, exceptional models which reproduce life, arms and legs. This kind of process results into stylized human and animal bodies, perfectly interwoven with nature, which recall atmospheres full of suggestions that invite us to remember that everything is uniquely and inevitably temporary.

Another theme is also the one of the horses, one of Nielsen’s favourite forms that has characterized his artistic research, as in the past, for example, for Marino Marini: the sculptor models his horses referring, in some way, to the legends of his country of origin: “The outcome  – as Angelo Crespi emphasizes – is however of great intensity: despite the solidity of the bronze, Nielsen’s horses express the quivering desire of movement, the bizarreness of their elongated body, the out of proportion shin and hock, and on top both the forearm in the forelimbs and the leg in the hindlimbs which are too thin compared to the normal morphology of the animal, as are the hindquarters and the underdeveloped chest, and then the slender almost giraffe-like neck…looking at them again carefully they recall the contours of the “mushkhusshu”, the dragon-serpent depicted countless times on the door of Ishtar in Babylon, as if there were a protoform of a fantastic animal whose echo has resided within us, in the deep layers of our psyche since ancient times.”

The opening reception of the exhibition will be held on SATURDAY, September 17th, from 5 to 7 pm, at PUNTO SULL’ARTE – Viale Sant’Antonio 59/61, Varese. At 6 pm the art curator Angelo Crespi will take a short speech in which he will introduce the essence of the exhibition.

20 bronze sculptures, 10 previously unexhibited ceramics and a selection of works on paper will be on show.

The exhibition is accompanied by a BILINGUAL CATALOGUE created by PUNTO SULL’ARTE containing curator Angelo Crespi’s critical text and the reproduction of the exhibited artworks.

JOHANNES NIELSEN was born in 1979 in Falkenberg (Sweden). In 2001 he began attending the Lund’s Art School. In 2003 he moved to Dublin and became assistant of the famous sculptor Patrick O’Reilly, where he honed his sculptural practice. He has taken part in several art fairs and exhibitions in Europe, USA and Asia. His works are part of public and private collections in Europe, Singapore, Hong Kong, Beijing, Kaliningrad, Hollywood, Miami, New York and Montreal. In 2016 his works were exhibited at the Songzhuang Museum in Beijing for his first solo show there. In 2017 and 2021 some of his sculptures were exhibited at Art Stays, the International Festival of Contemporary Art that takes place every year in Ptuj (Slovenia). In 2021 he was also represented at Westbound Art Fair in Shanghai. Since 2007 he has based in Beijing where he lives together with his wife and daughter.