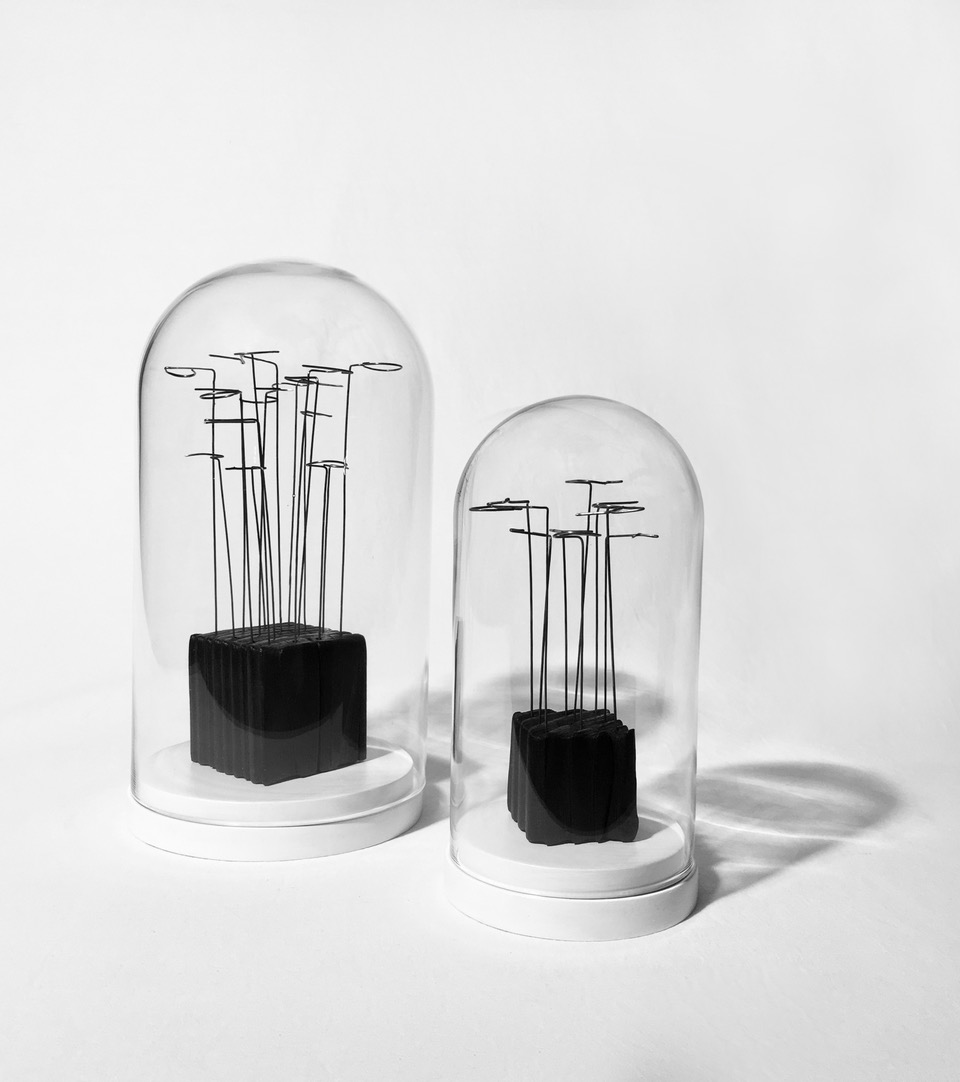 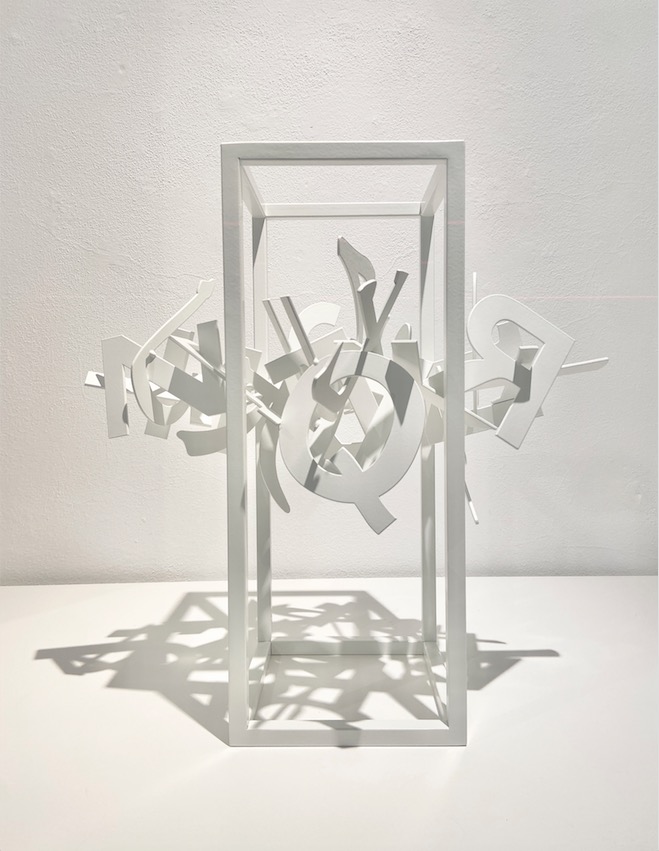 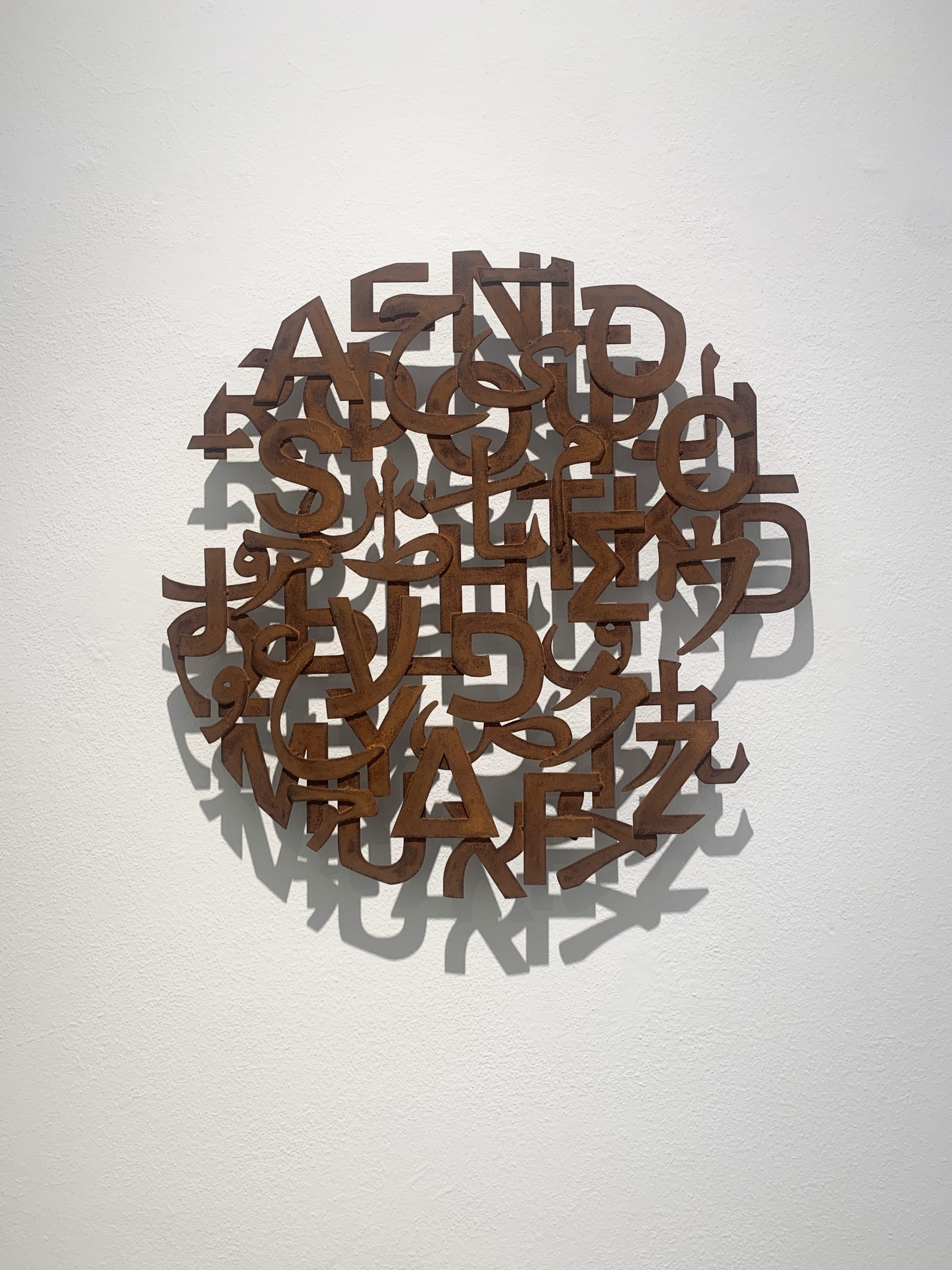 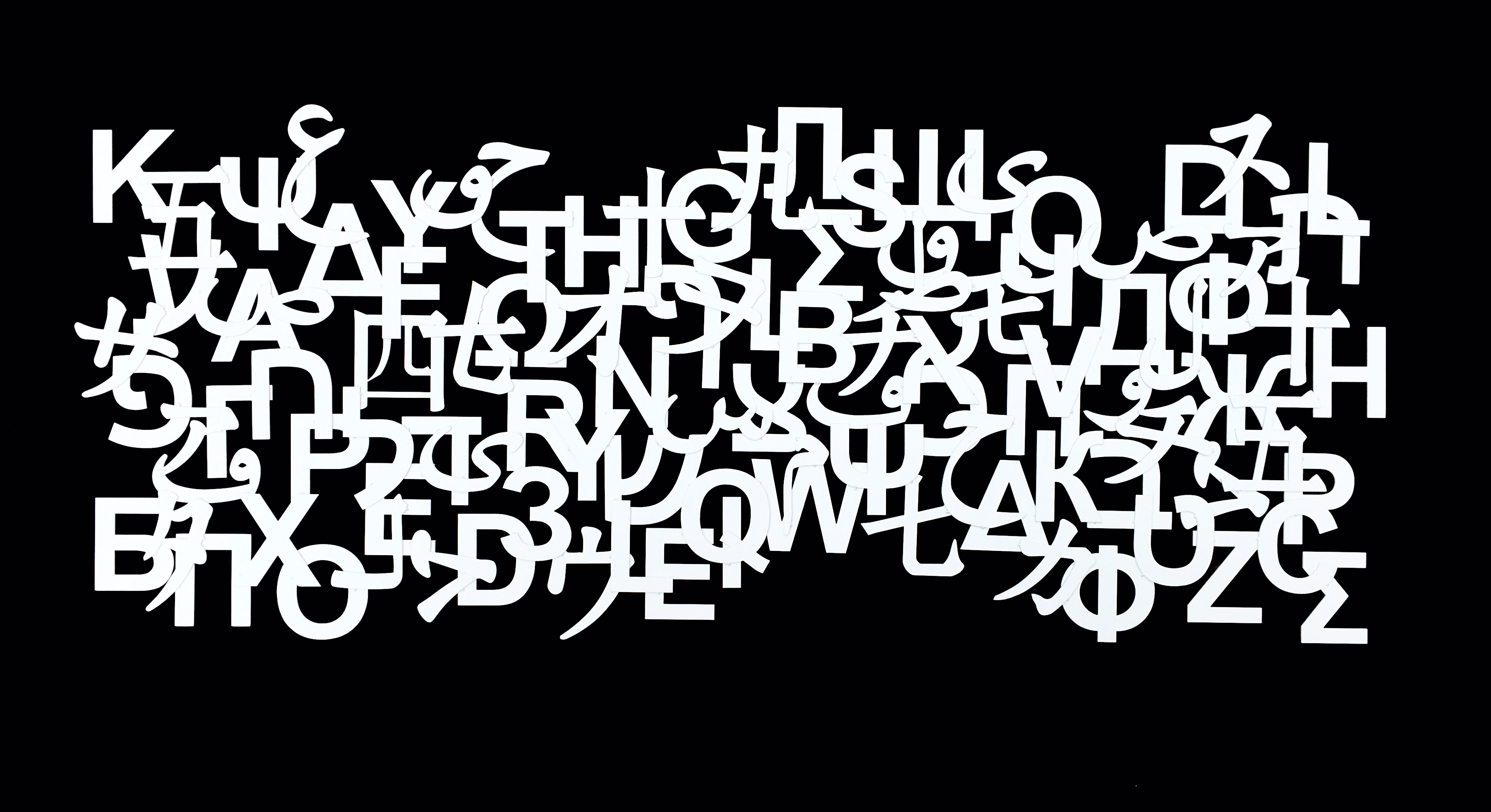 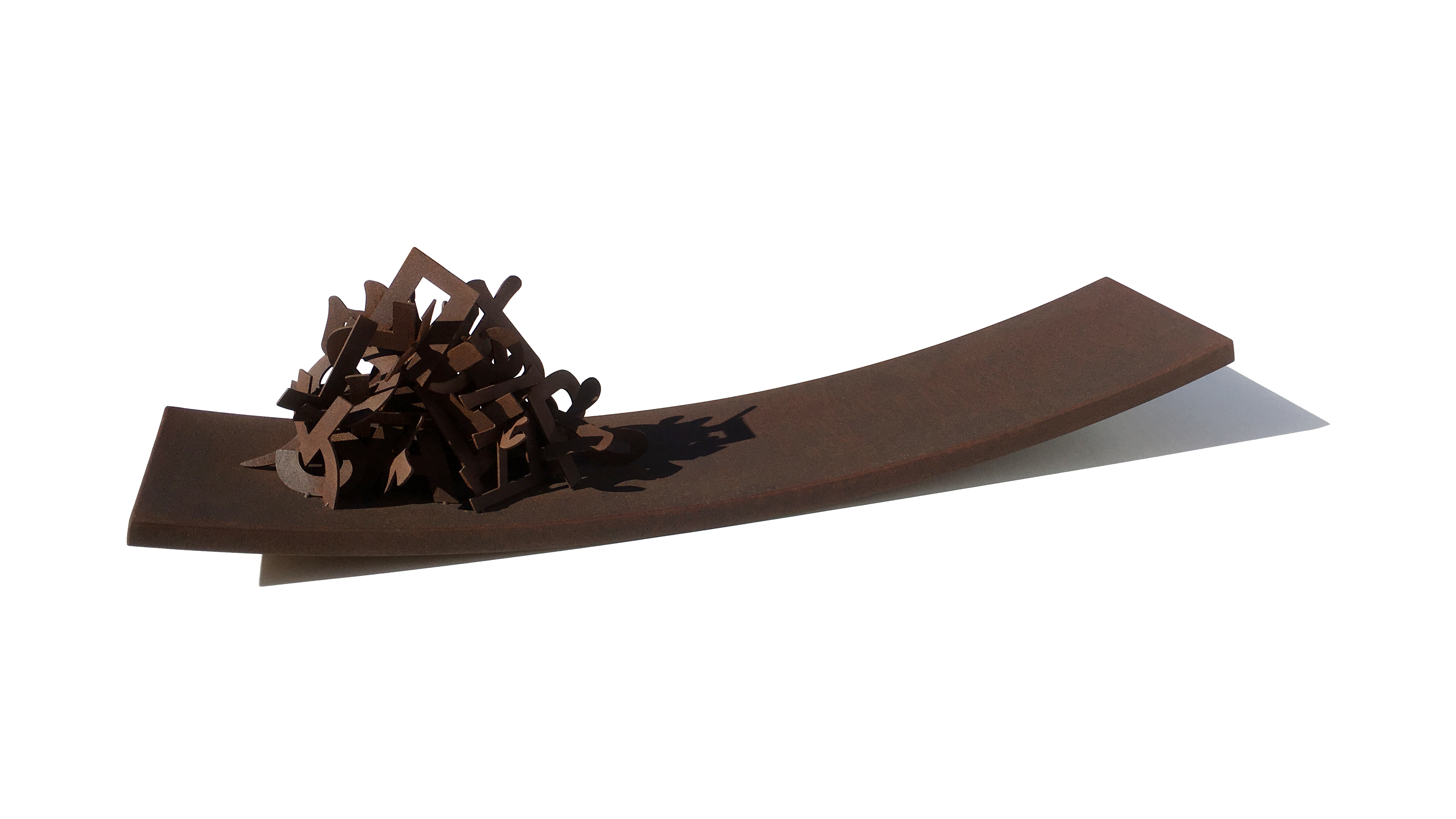 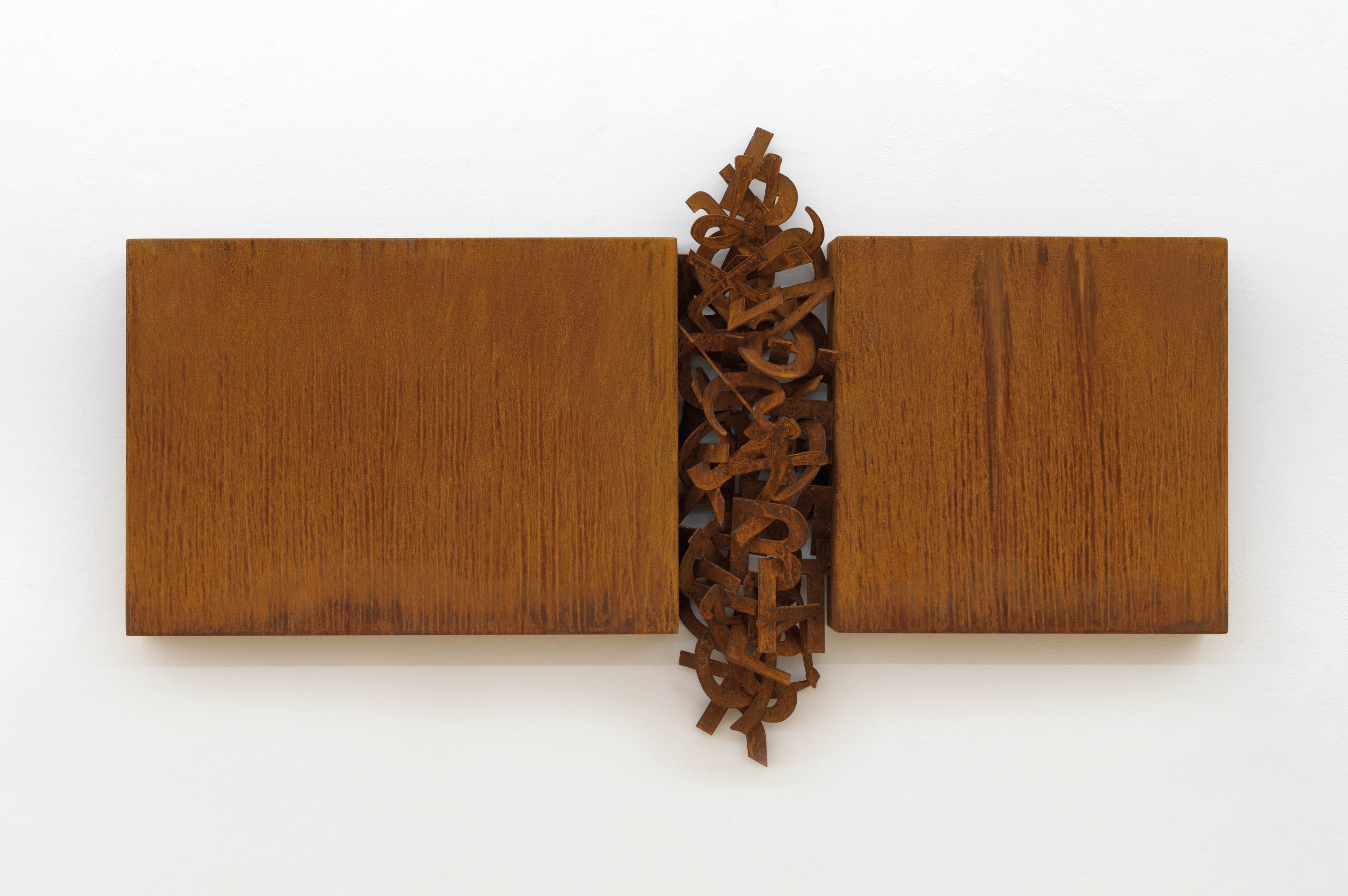 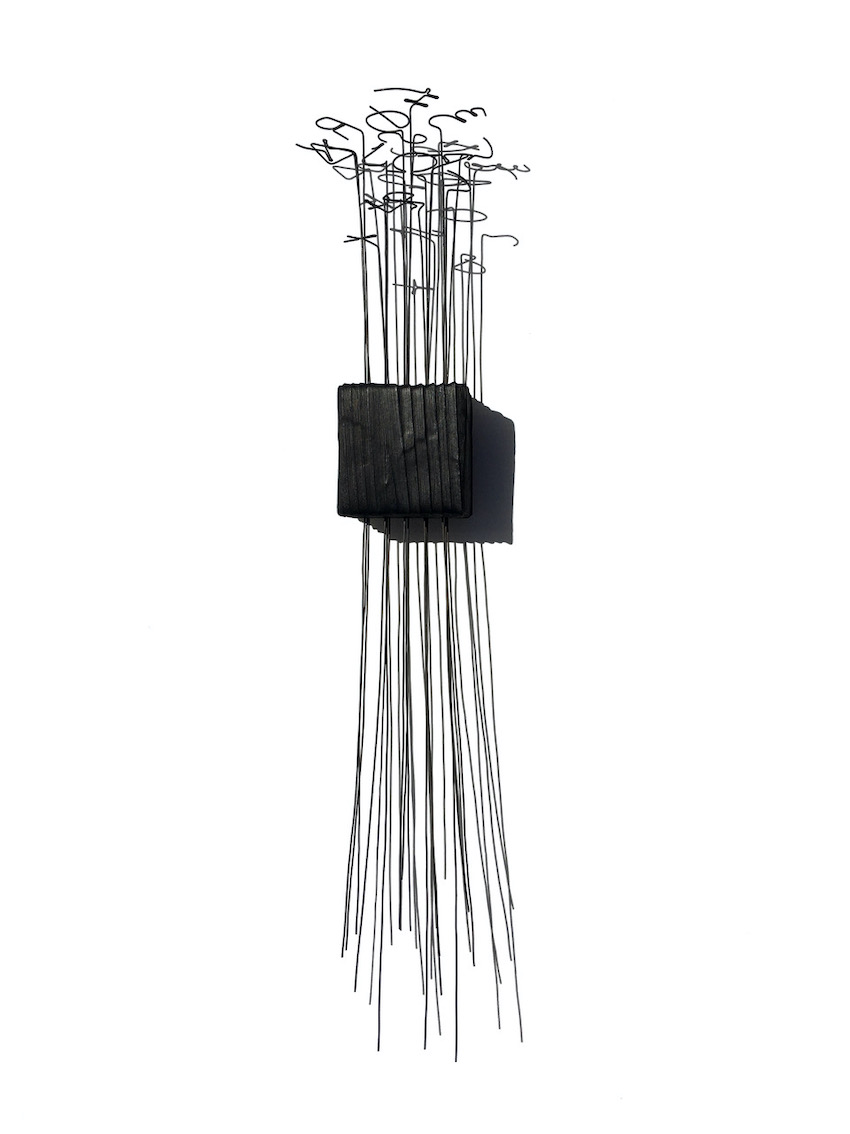 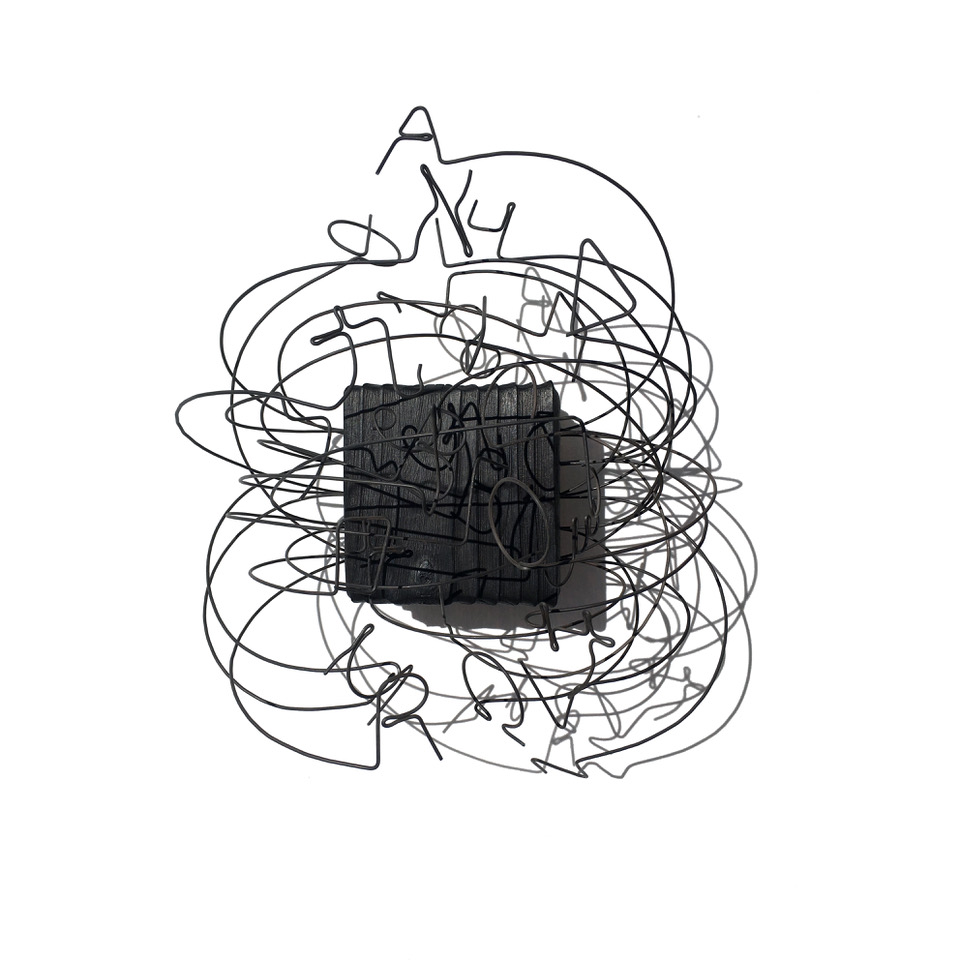 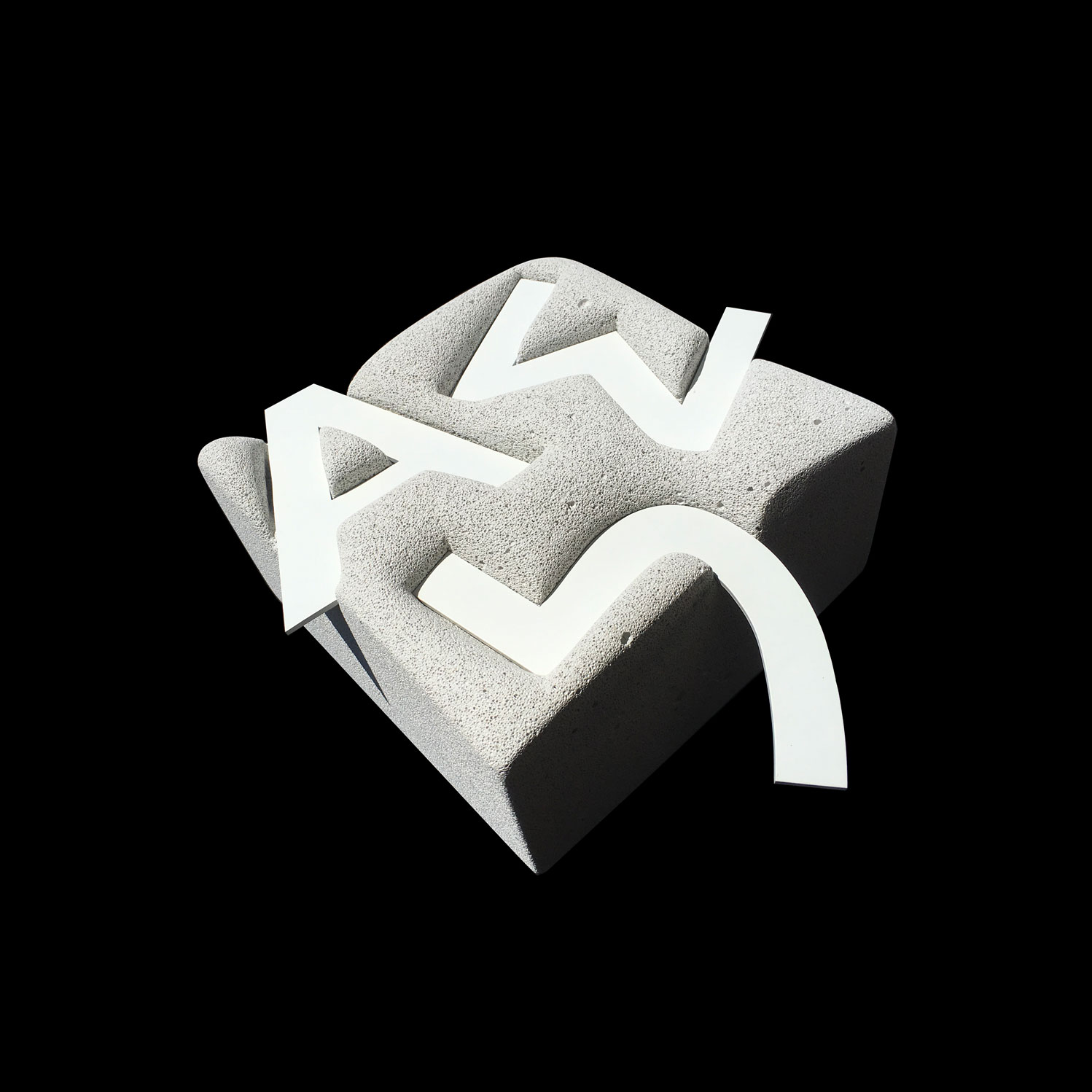 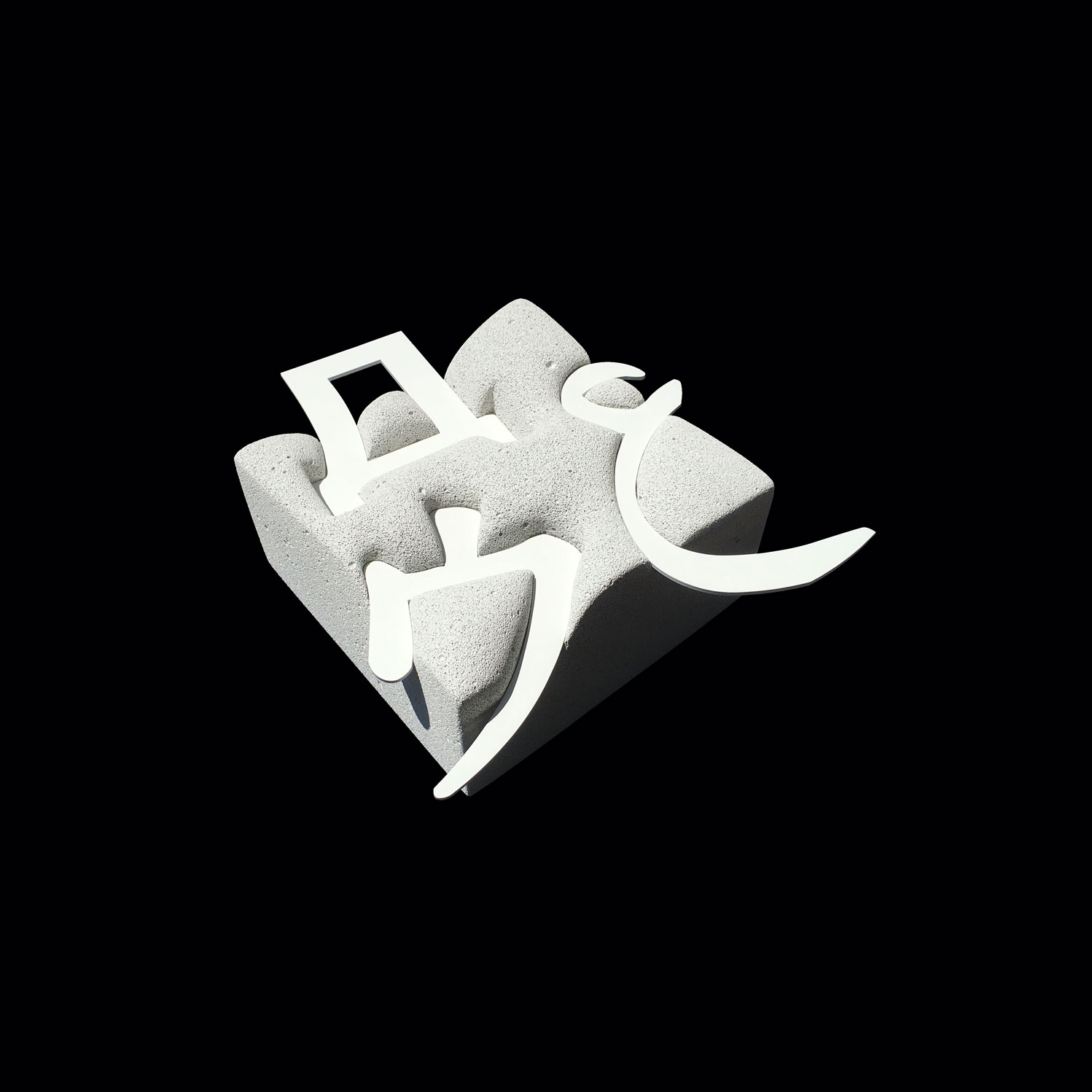 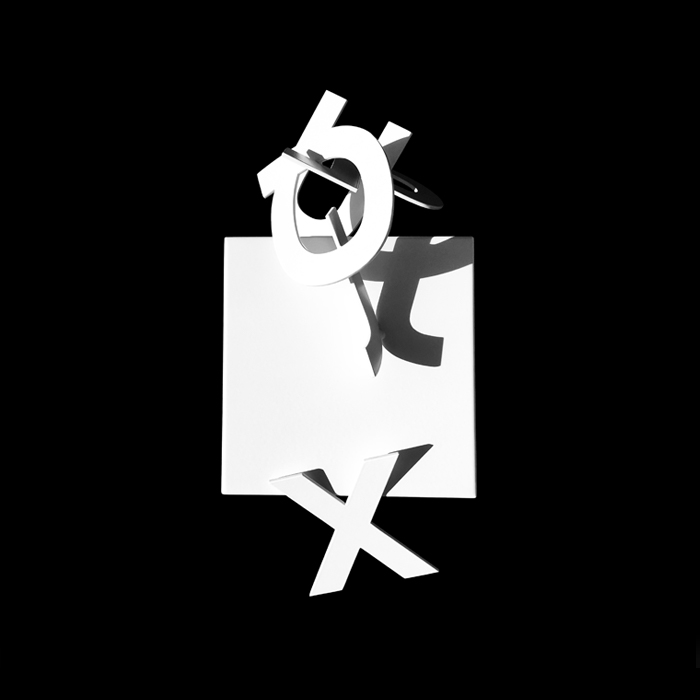 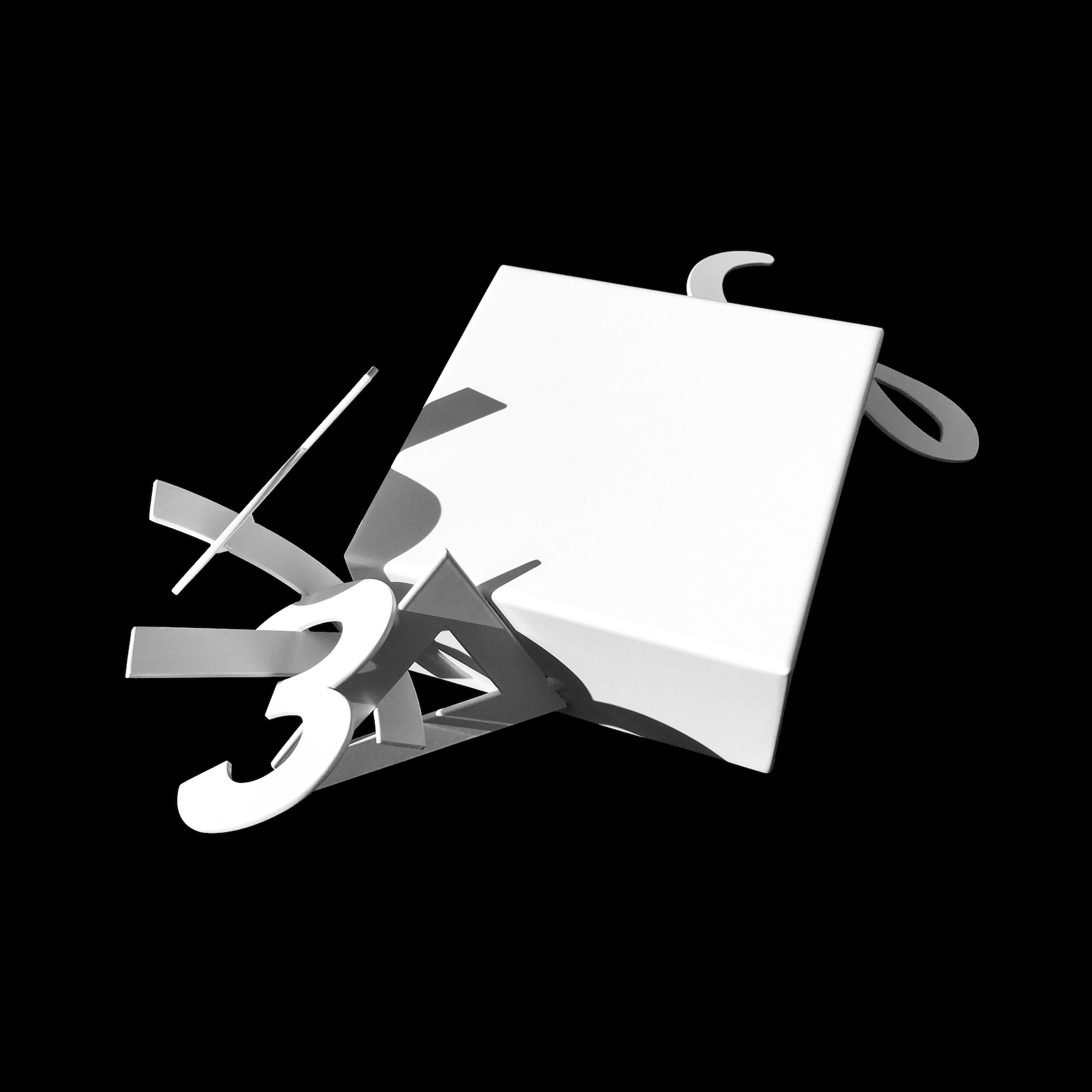 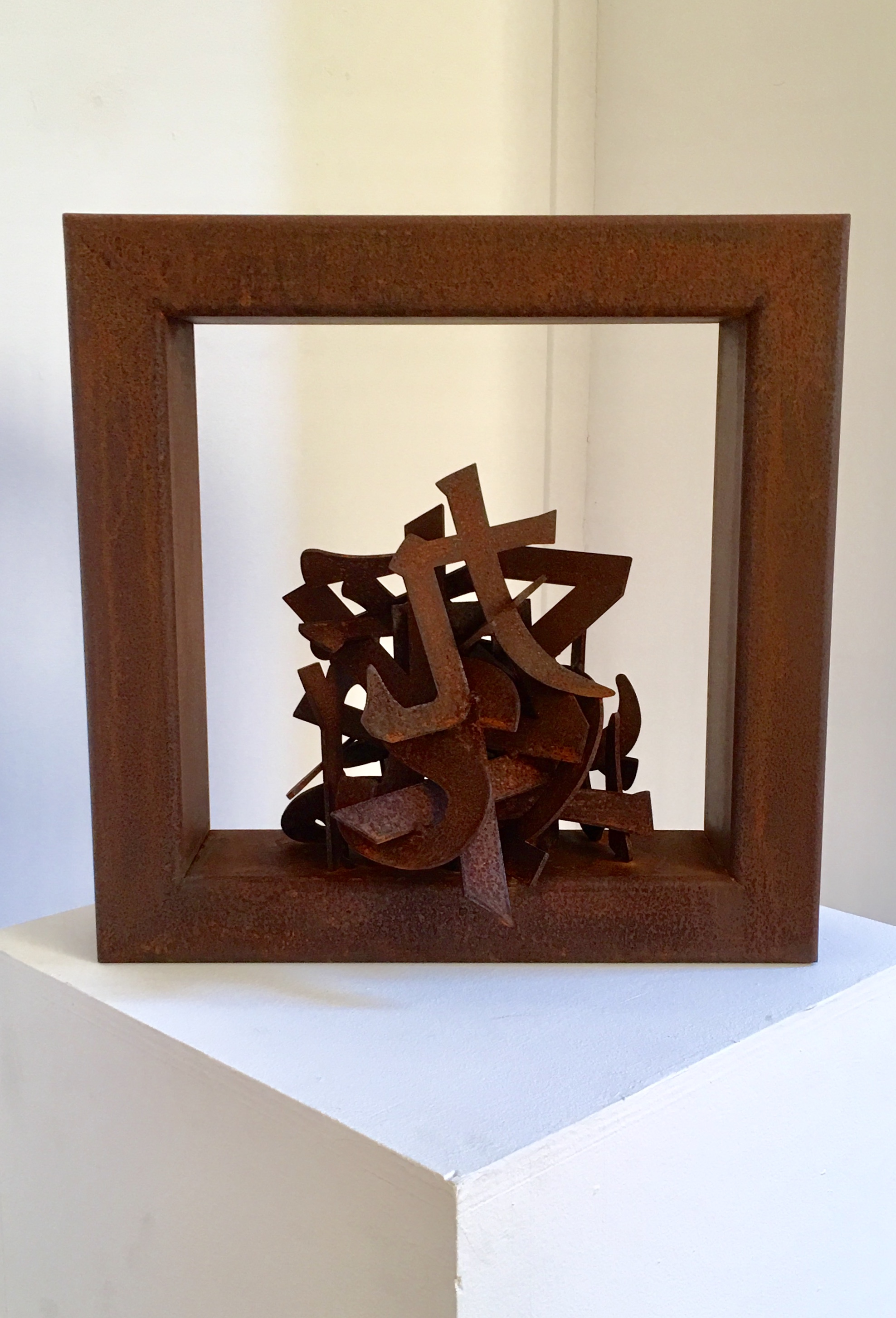 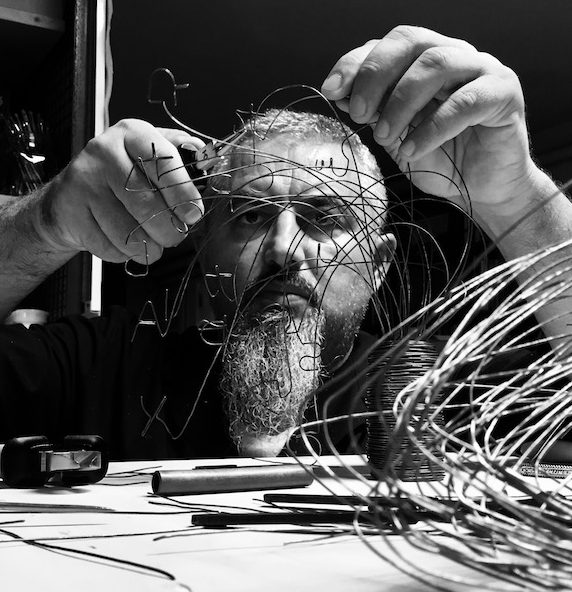 Rudy Pulcinelli was born in 1970 in Prato, Italy. He attended Petrocchi Art Institute in Pistoia and the Faculty of Architecture at the University of Studies in Florence. In 1997 he exhibited for the first time in the United States. Since then, he has started an international path that has led him to set up exhibitions in private galleries and public spaces in Arkansas, Louisiana, Virginia, United Arab Emirates, France, Spain, Germany, Netherlands, Austria, Uruguay, Thailand, China, Morocco, and Argentine. He has received several awards, among which: The Next Generation Prize, “Fiorino d’Oro” Florence Prize and the Europol International Art Prize (2011 - The awarded artwork was permanently installed at the headquarters of Europol – The European Police Office in The Hague, the Netherlands). His works are part of important private and public collection, among which: the permanent collection of the City Hall of Charlottesville in Virginia (U.S.A.), Paolo VI Modern and Contemporary Art Museum in Brescia, Pinacoteca dell’Università Cattolica del Sacro Cuore in Milan, Lucca Center of Contemporary Art, Fundacion Pablo Atchugarry Contemporary Art Museum in Uruguay, Europol HQ, The Hague, the Netherlands, Silpakorn Art Center, Bangkok. In 2013 he created the permanent site-specific installation White Connections at the Baimamedo Tibetan Art Center Museum, 798 Art District in Beijing, China and, in the same year, he was selected for the project Residence d'Artistes at Centre d'Art Contemporain Essaouira in Morocco. In 2014 he was invited as a member of the jury of 798 ICAF, International Children Art Festival in Beijing, where he also made a series of creative workshops during the event. In the same year he took part in the II Biennial of Contemporary Art in Casablanca, Morocco with the work Le Repas Quoditien. In 2015, during the National Day of the People’s Republic of China, he created a site-specific installation in one of the main streets of the 798 Art District in Beijing. In the following months the same installation was exhibited in two other spaces of the capital: at the Tian Qiao Center for Performing Art and in the Beijing News Publishing House. In 2018 he created Dialogue, a sculpture made of glazed ceramic, making an exclusive edition for the project Legame, commissioned by Unicoop Firenze and created the site-specific installation Dialoghi in Piazza Bruno Buoni in Brescia. In 2019, during Fuorisalone in Milan, he presented a monumental sculpture inside the Romana Design District.

Moving from sculpture to installation, Rudy Pulcinelli develops a refined and intellectual research focused on the theme of dialogue and the individual as a unit of measurement of the potential value of mankind: in the contemporary Babel of people and ethnic groups dramatically consumed by infightings, where the respect of human life is often sadly forgotten, Pulcinelli, by using the symbolism and the letters of the 7 most widespread alphabets in the world, tries to connect the concept of communication with the one of memory. Concepts that together play an important role in laying the foundations of his extremely contemporary, media and emotional sculptural-installation language. A sort of artistic communication code aimed at emphasizing the need to invest in the individual, in his history and his future, in the name of tolerance and enhancement of the distinctive traits of each person, be they ethnic, linguistic or cultural, so that they can be perceived not as obstacles, but as opportunities. The letters forged in sculptural material, in corten steel or polystyrene, or suggestively and masterfully evoked through the use of lights and shadows, reflect microcosms (individuals) in dialogue with each other within macrocosms (community), that communicate with each other. In this way Pulcinelli emphasizes the intrinsic value of human beings, that must be nurtured with education and instruction as an inalienable right and as a keystone to respond to the need for communication, which is the primary need and spiritual food of every human being. Since 1997 he has regularly exhibited in private and public spaces in Italy and abroad and has taken part in the most important Art Fairs. His works are part of private collections all over the world. He lives and works between Prato and Beijing.

presentation of the catalogue | ...