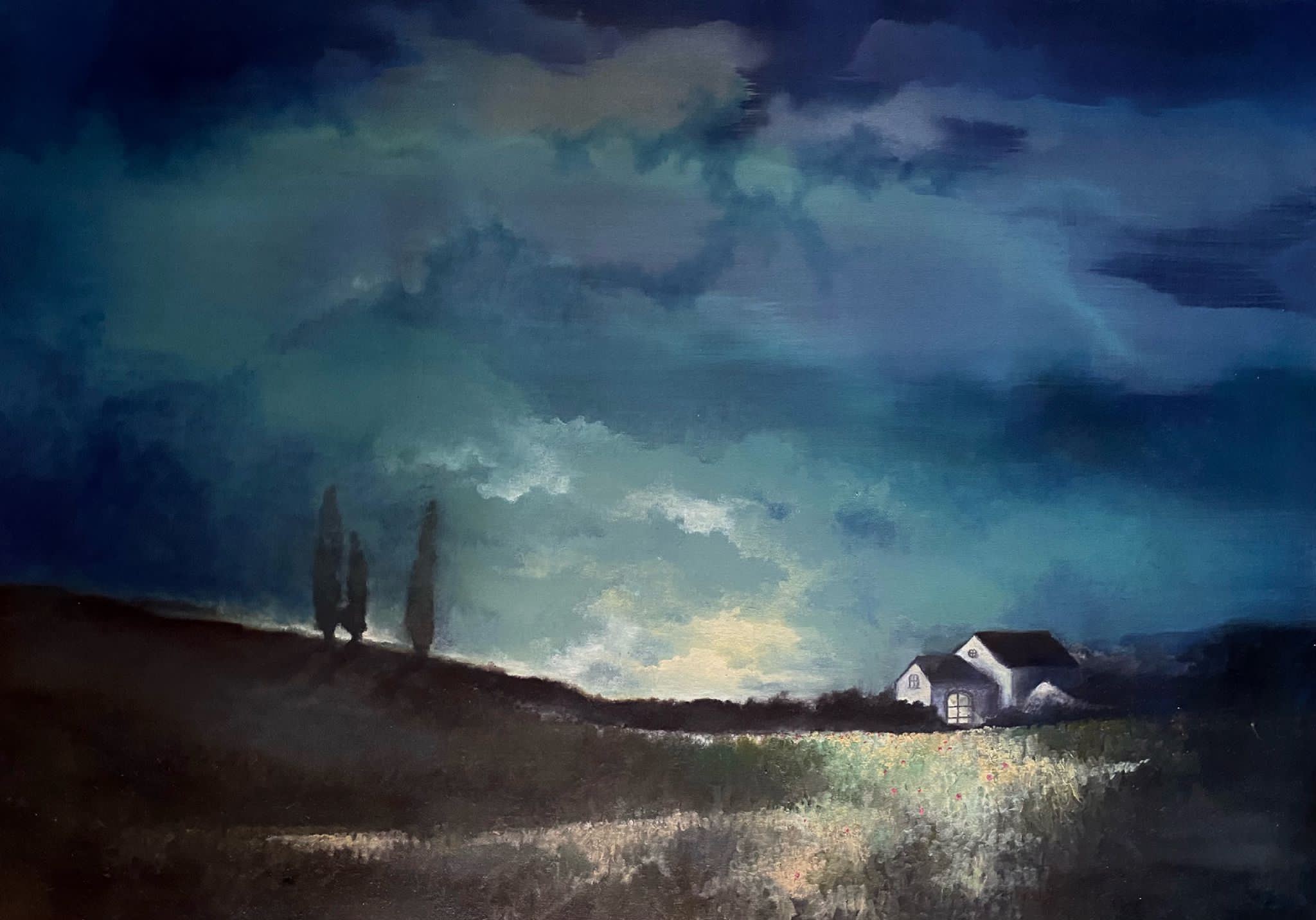 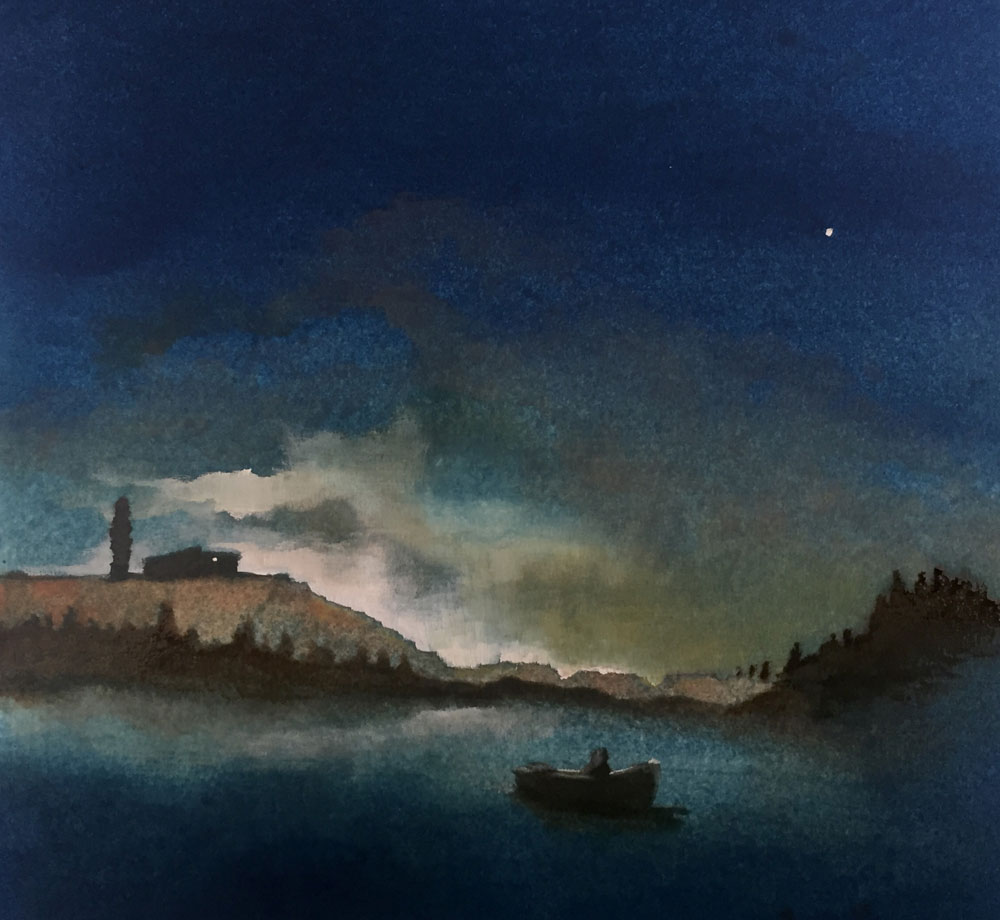 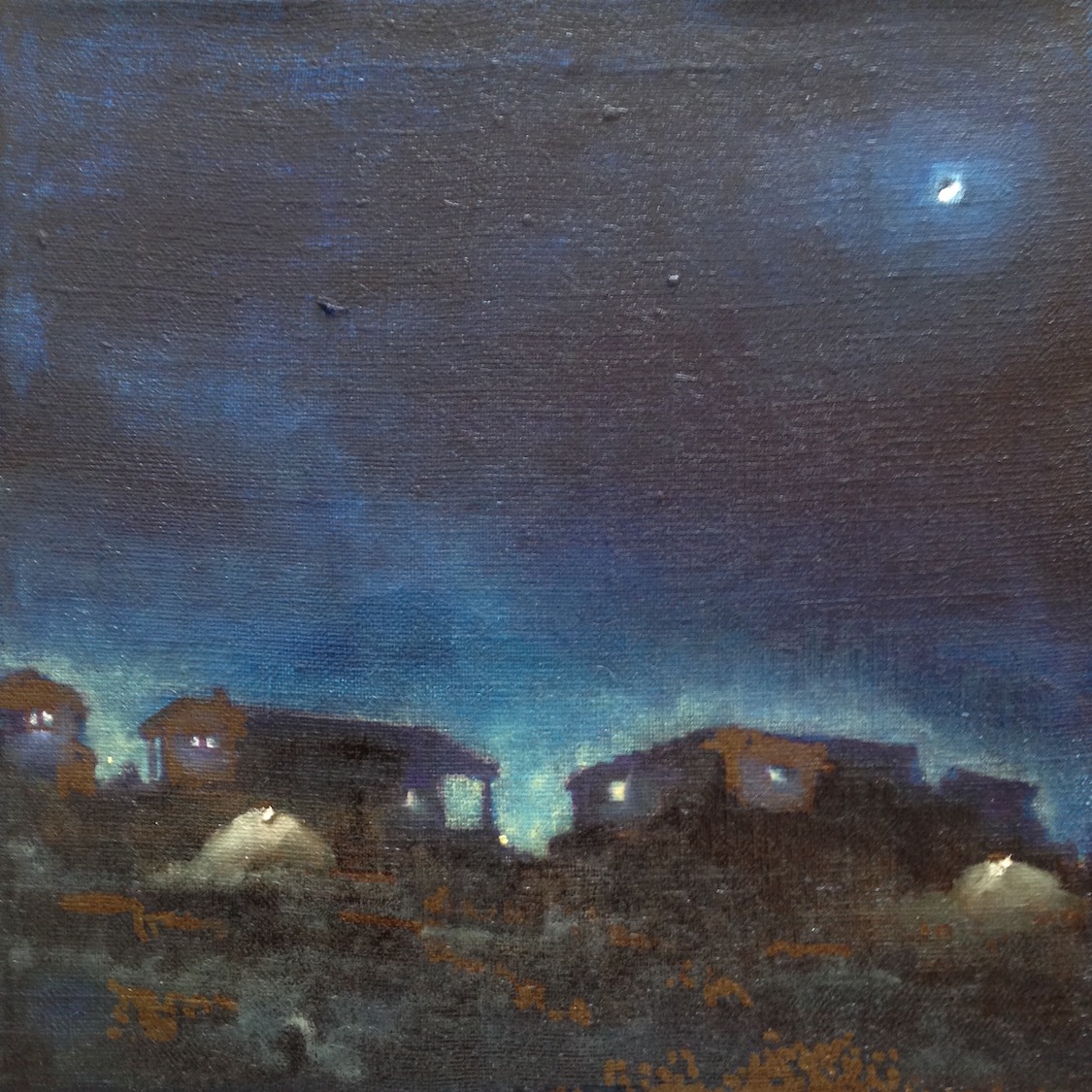 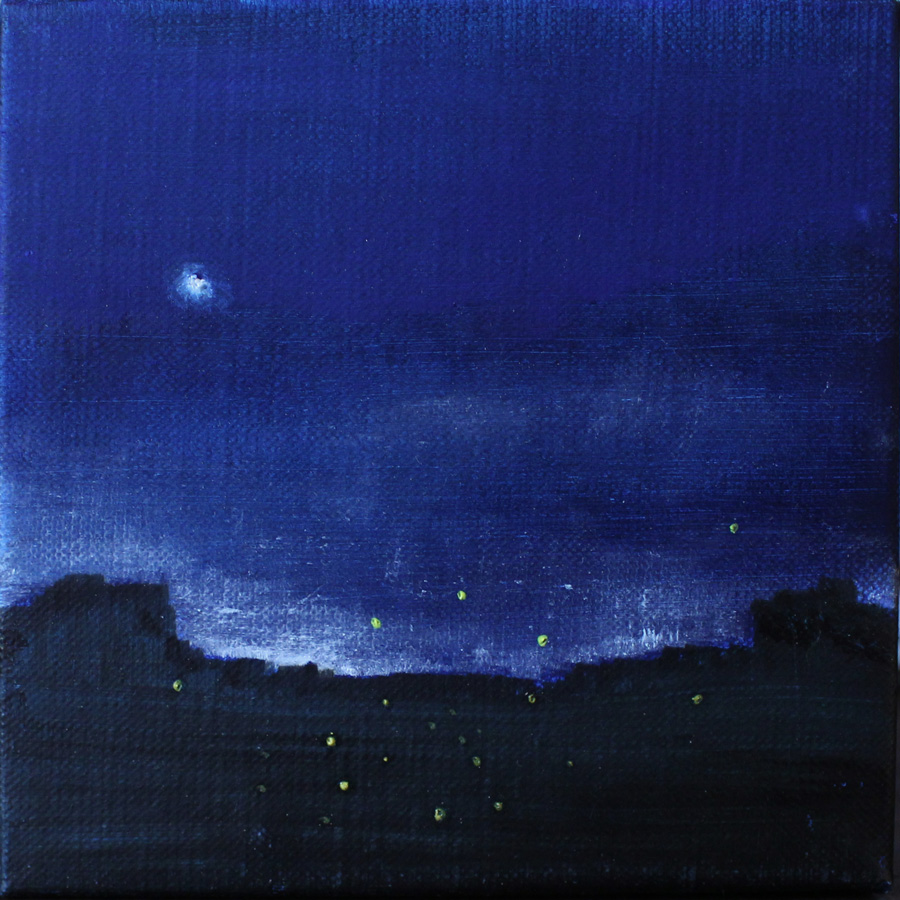 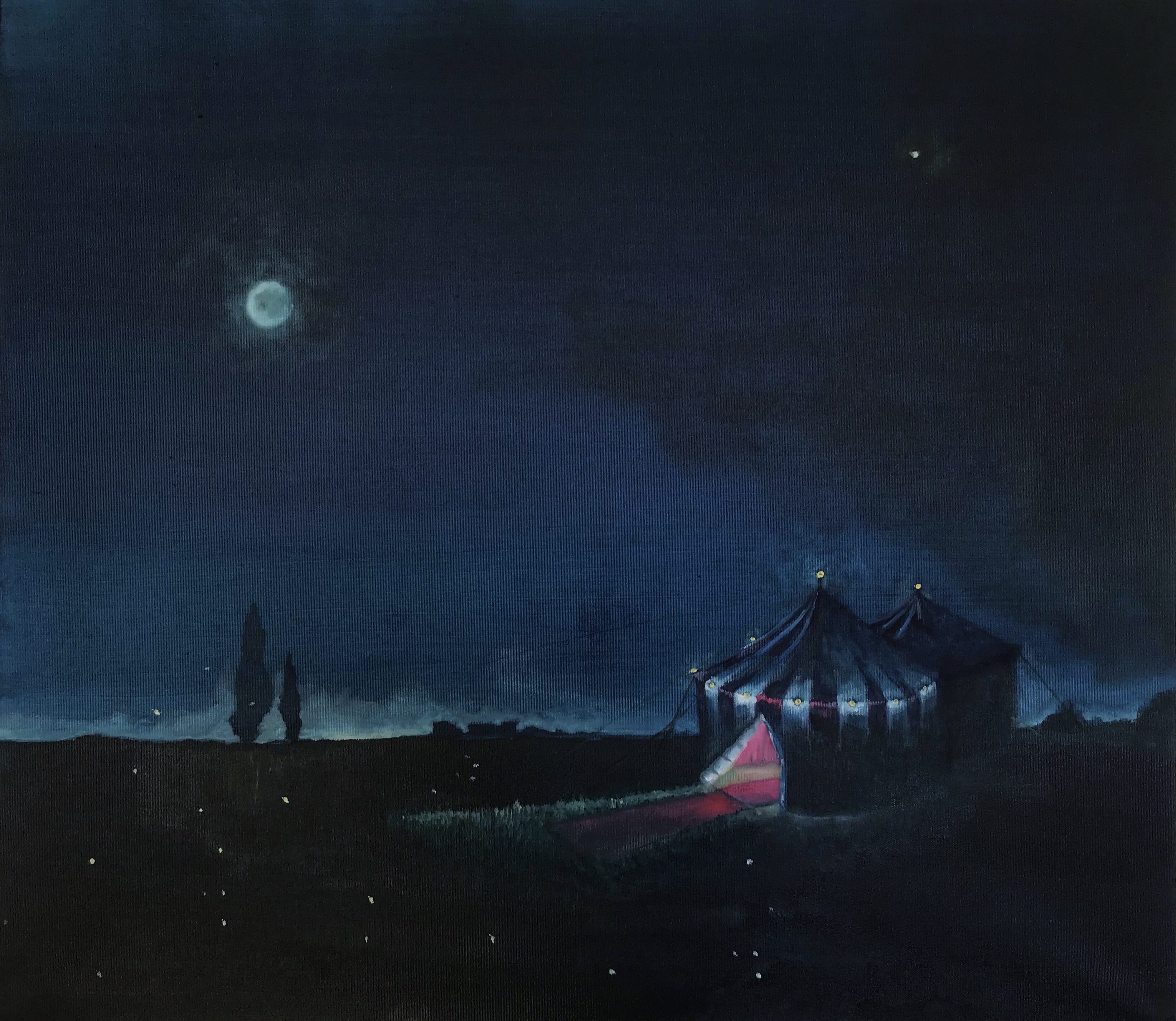 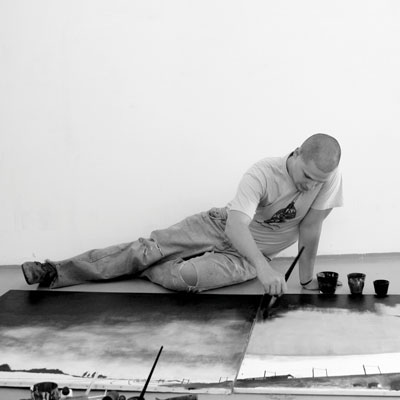 Luca Gastaldo's works have one main character: the sky, a vast lightened wing against which a world of shadows, of elements seen against the light is outlined, to create emotional atmospheres. Even if he applies the most diverse techniques, such as bitumen, rags, acrylic, paintbrushes, chalks, his works always derive from an almost unrestrained development of the initial concept. There are no incorporeal silhouettes, but perceptible volumes which, although hidden in darkness, are expressive, mobile, throbbing, like the thoughts filling and frightening our souls. Gastaldo does not paint trees, mountains or rivers, but emotions, memories, desires. A truly romantic painting, soaked with expected tragedy, fear of abandonment, attraction towards the phenomena of Nature, a powerful and still unknown element, like the emotions agitating life.

Luca Gastaldo was born in Milan in 1983. He graduates in painting at the Brera Fine Arts Academy and since 2006 he has exhibited in solo and group exhibitions all over Italy and abroad, among which it must be mentioned La casa di questa mia sera (2008) and La luce e il buio at Bianca Maria Rizzi Gallery in Milan, Tra suggestioni romantiche e vibrazioni contemporanee, at the European Parliament in Brussels (2010), La luce e il suo contrario at Fondazione Bandera per l'arte in Busto Arsizio, Varese (2011) and the trio show Lucenergia at PUNTO SULL'ARTE Gallery in Varese (2012). In the last few years the artist has taken part in many important solo shows all over Italy and he has often exhibited in Contemporary Art Fairs. Among his last exhibitions it must be mentioned Comunque a casa at Rubin Art Gallery (2017) and Sinestesie at PUNTO SULL’ARTE in Varese (2018).