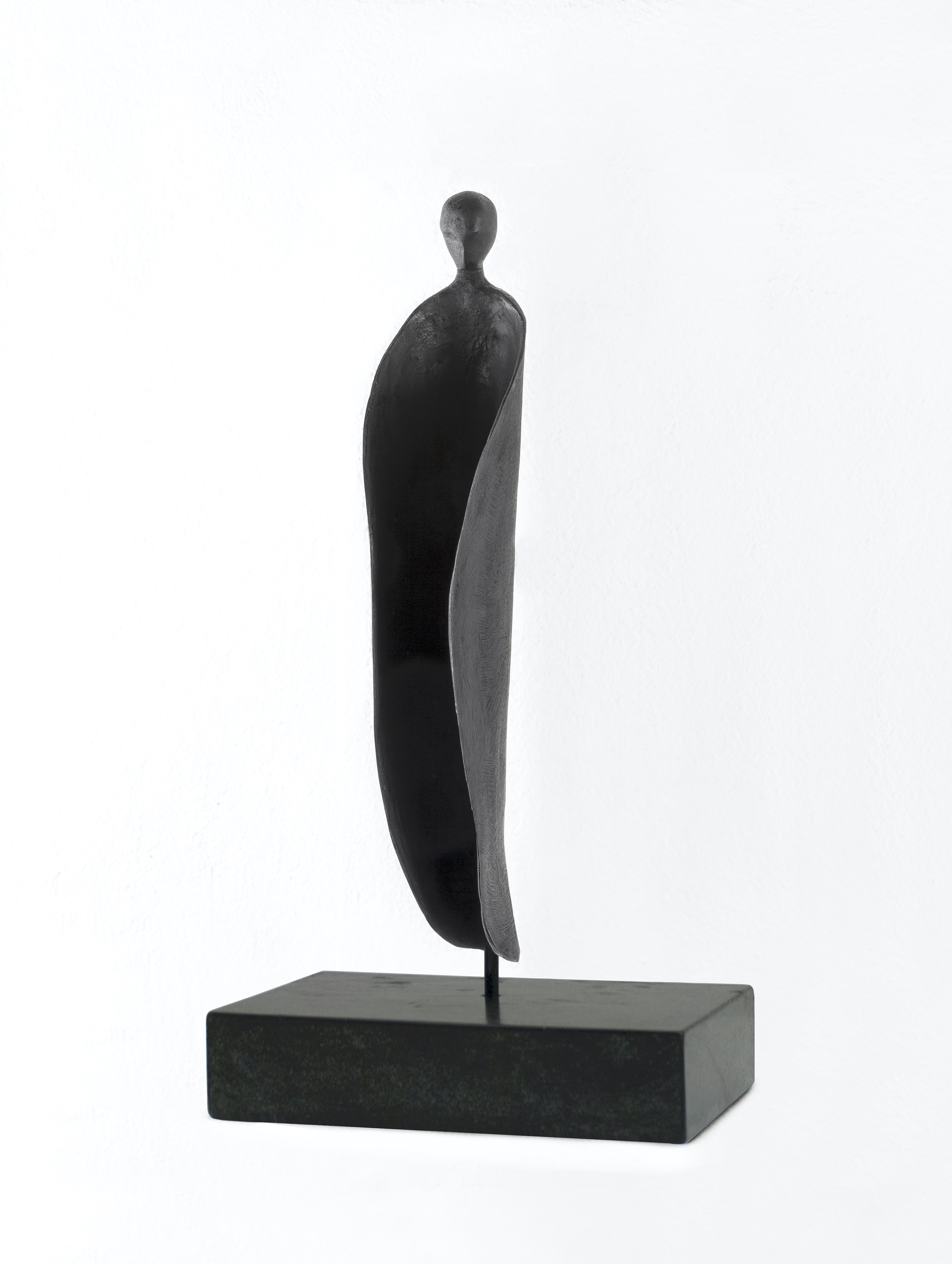 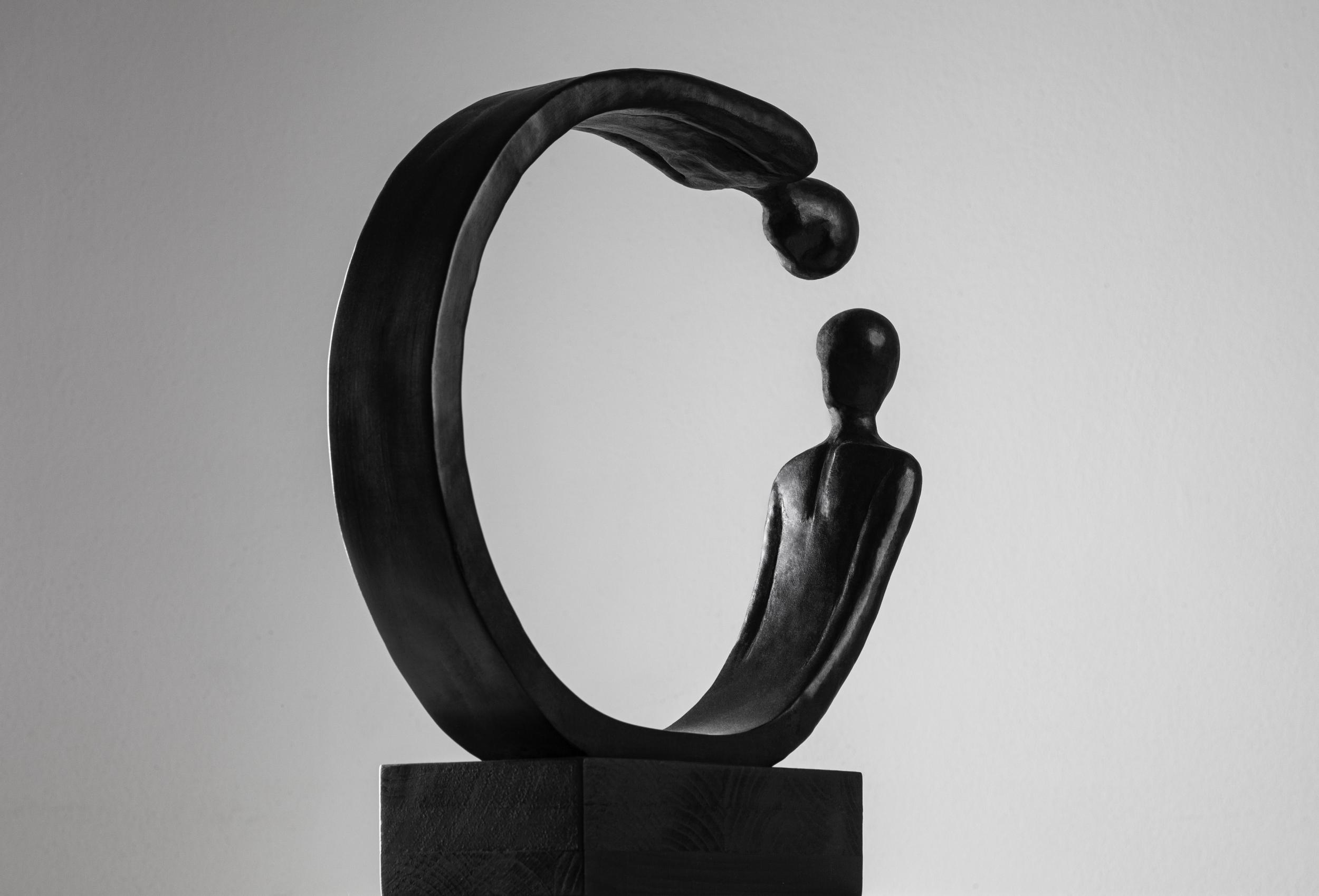 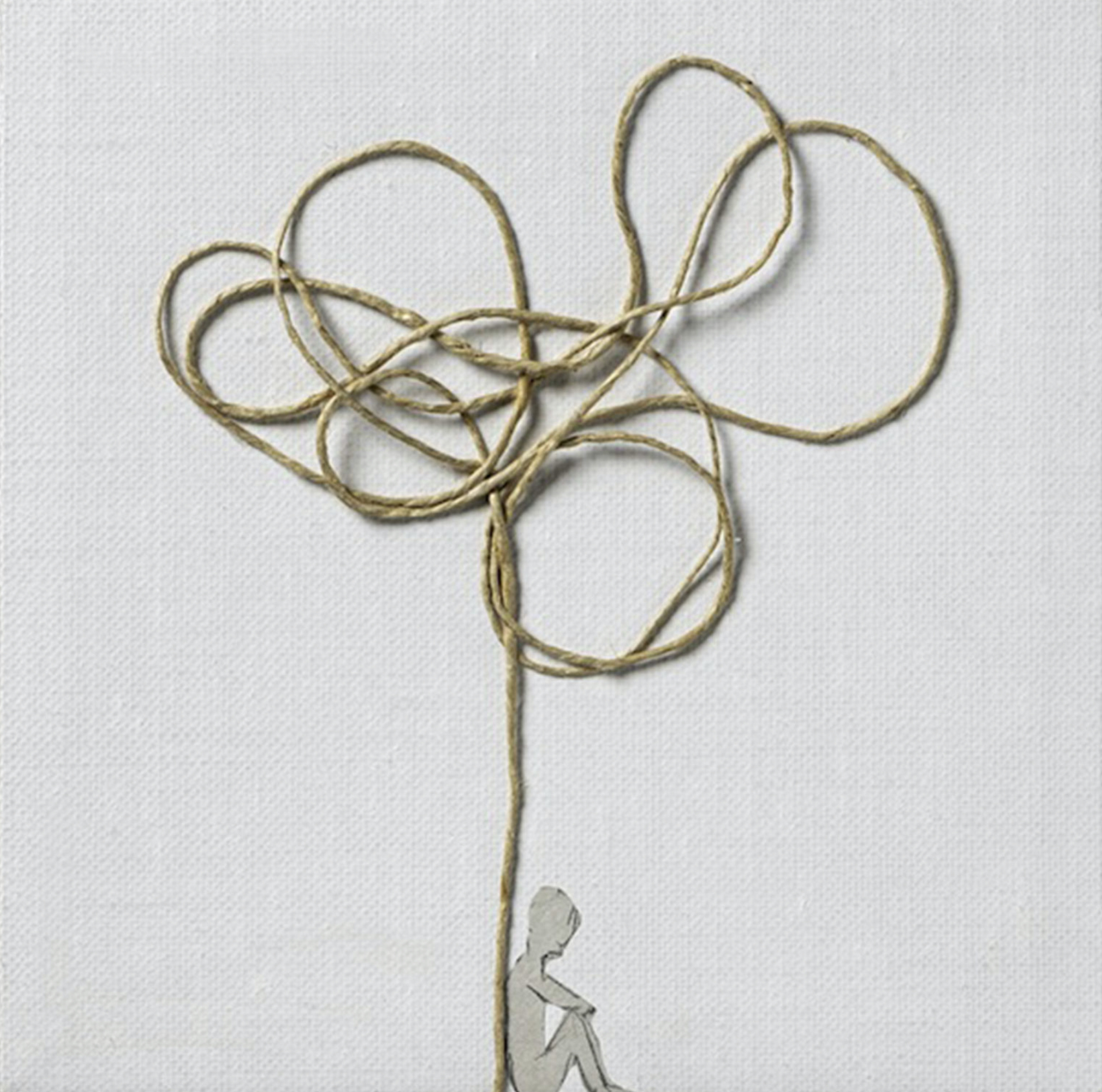 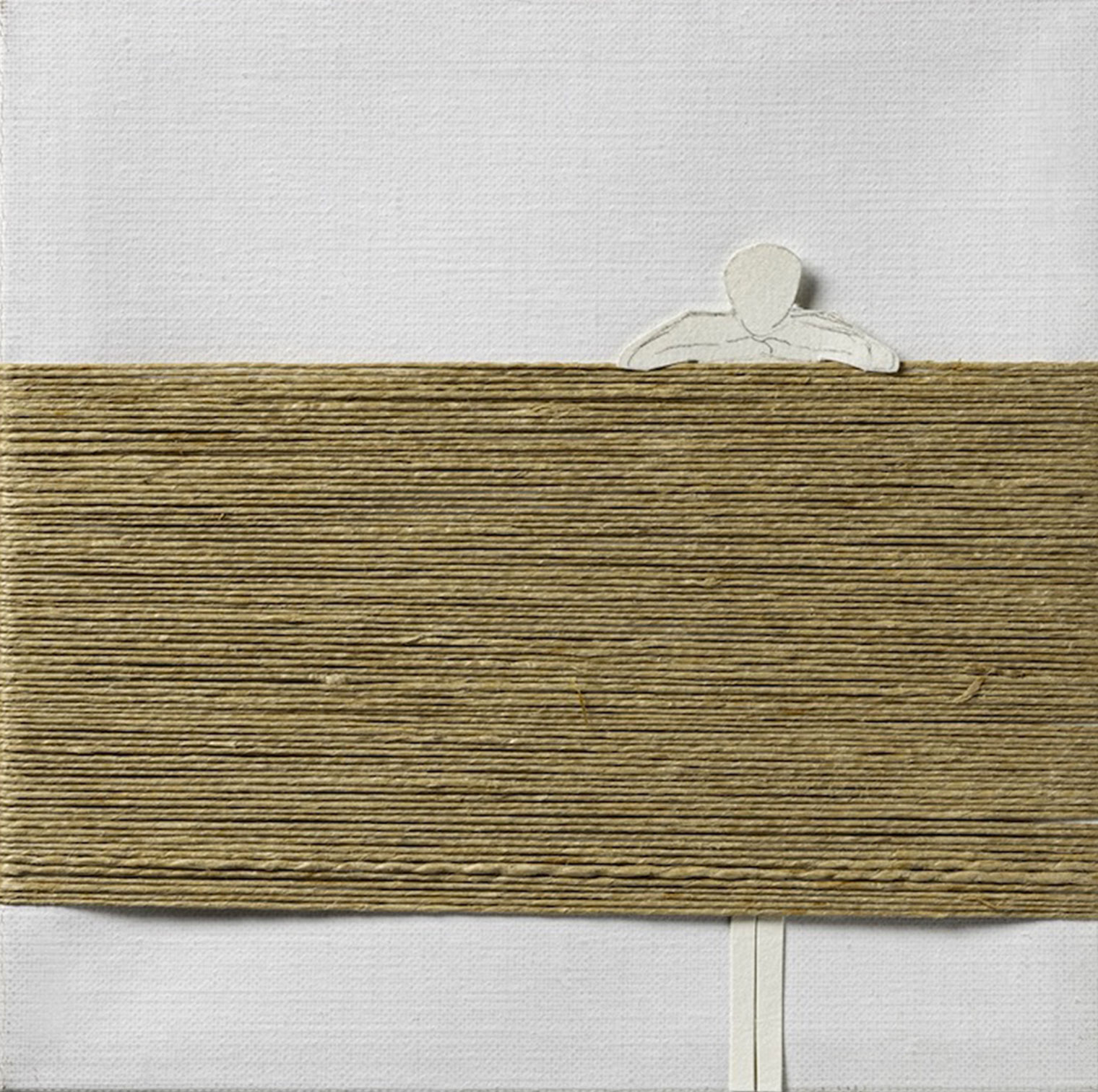 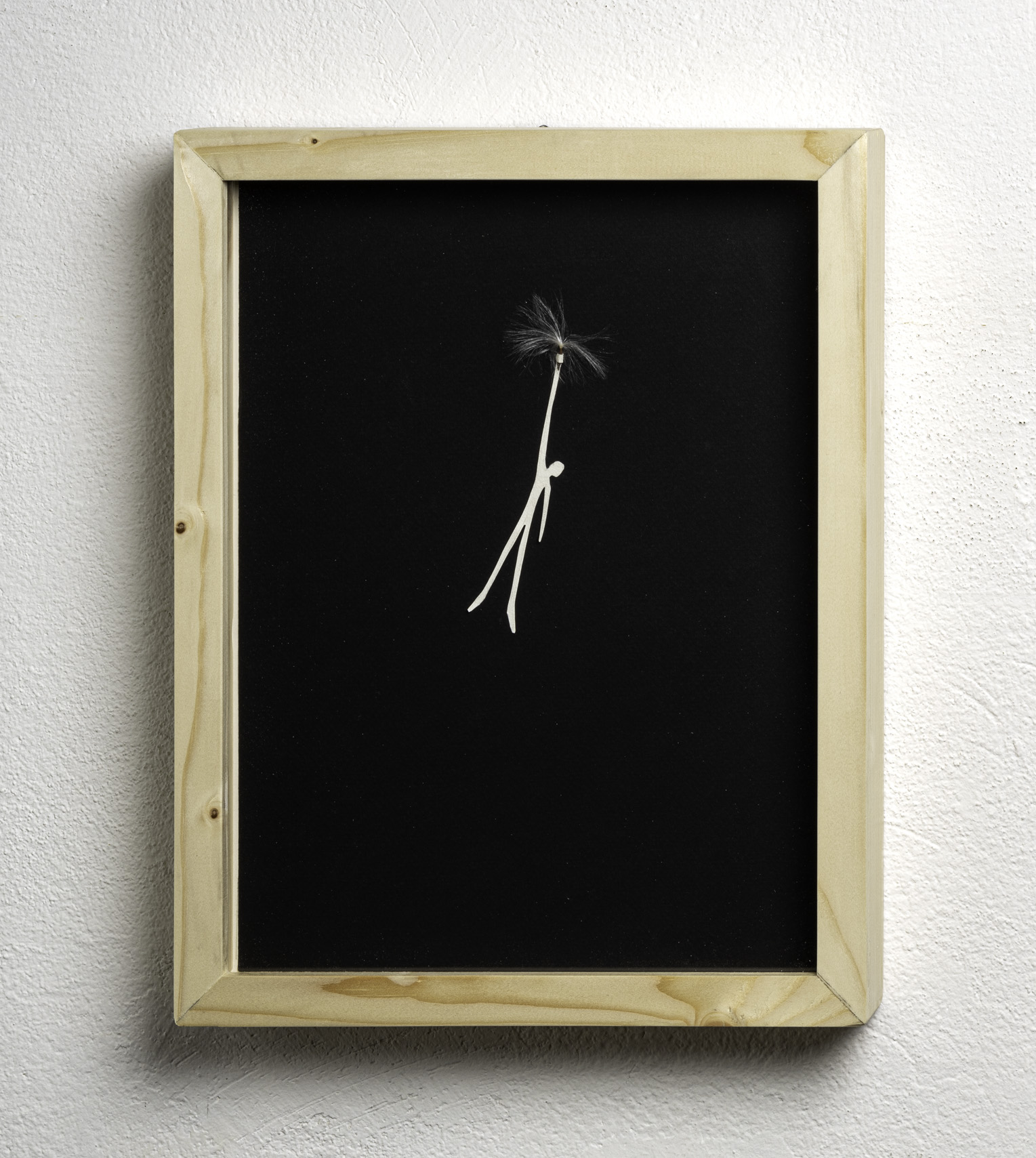 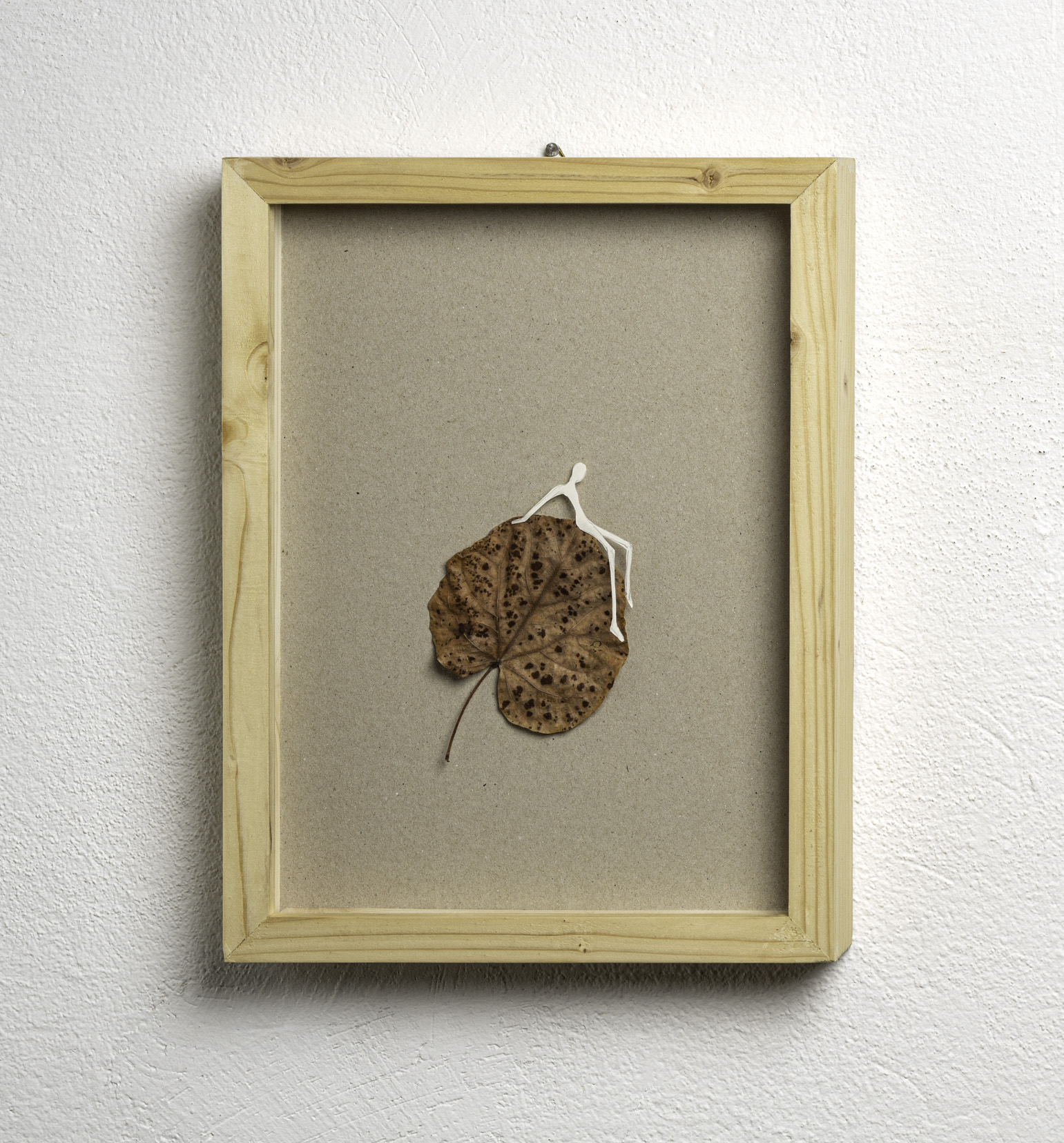 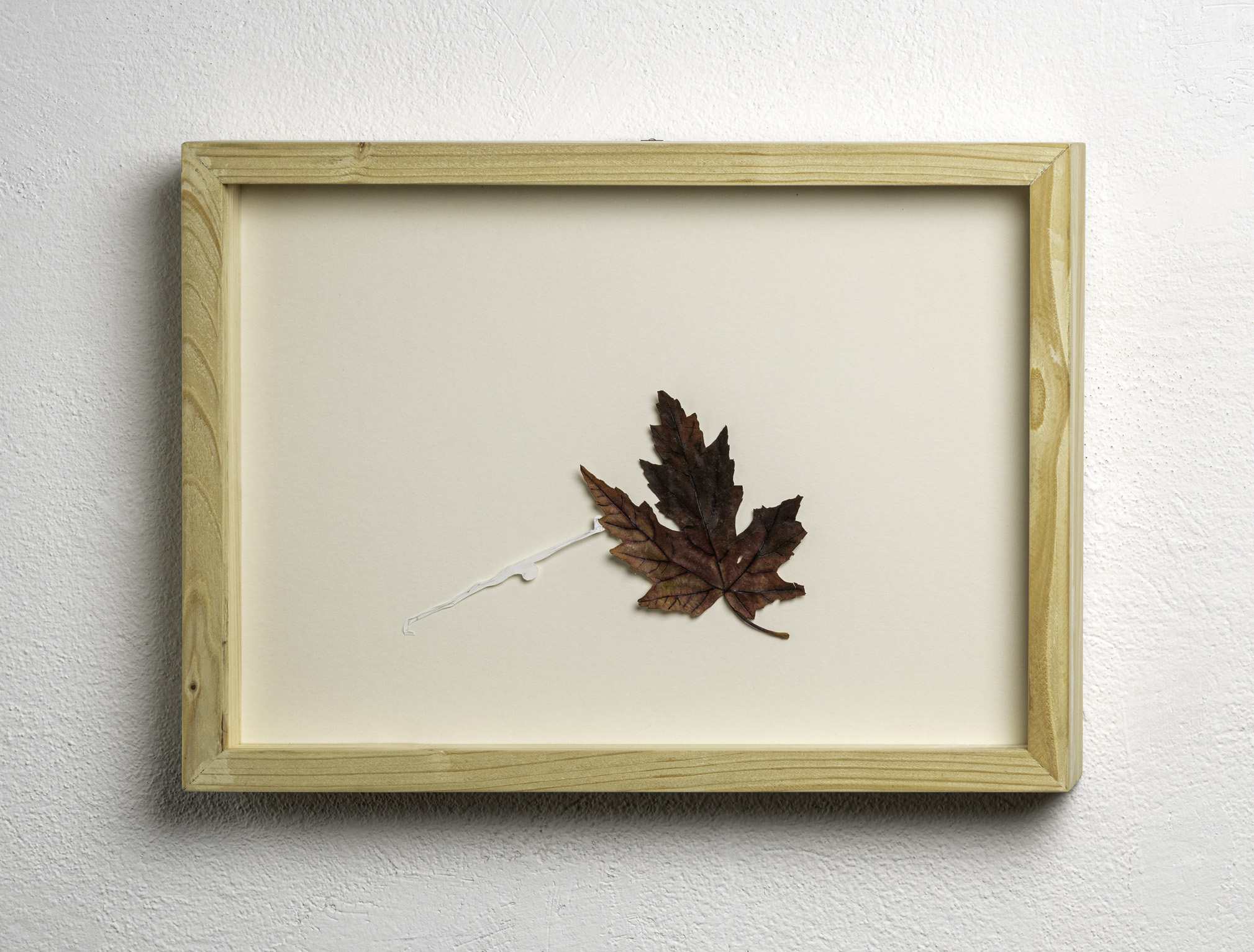 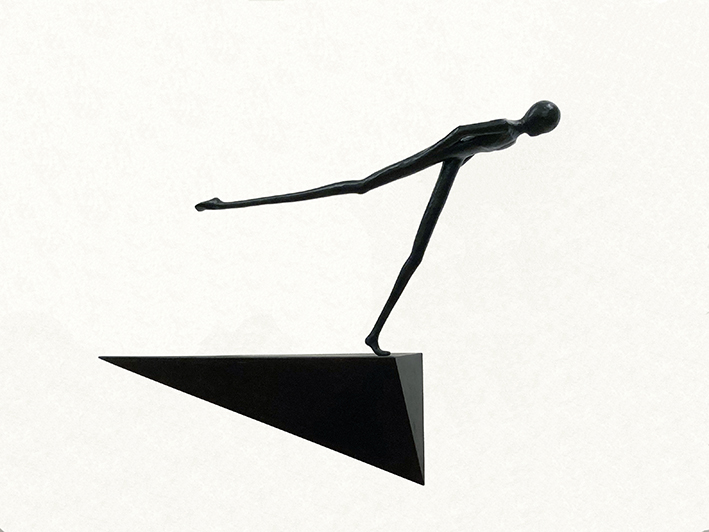 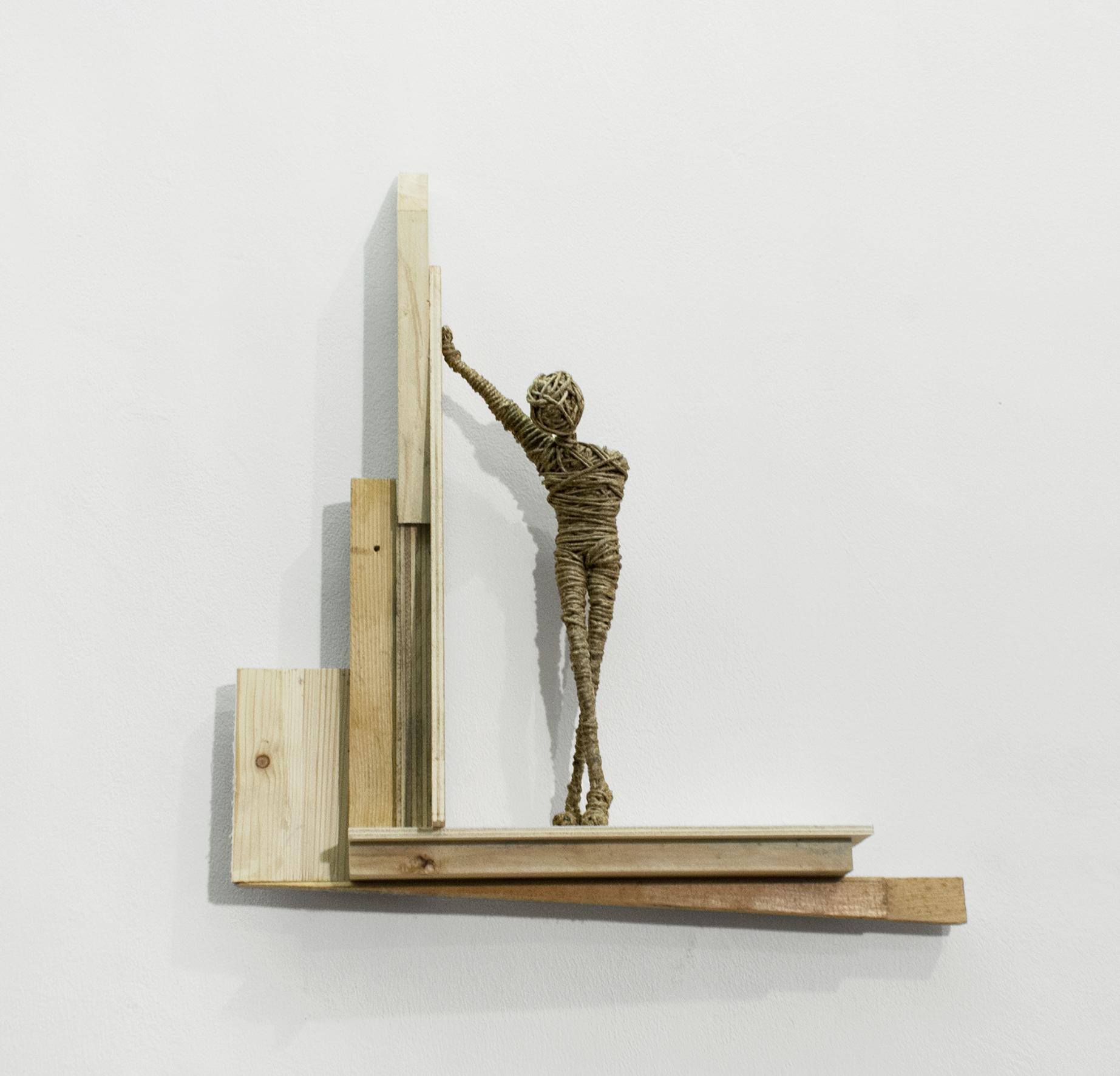 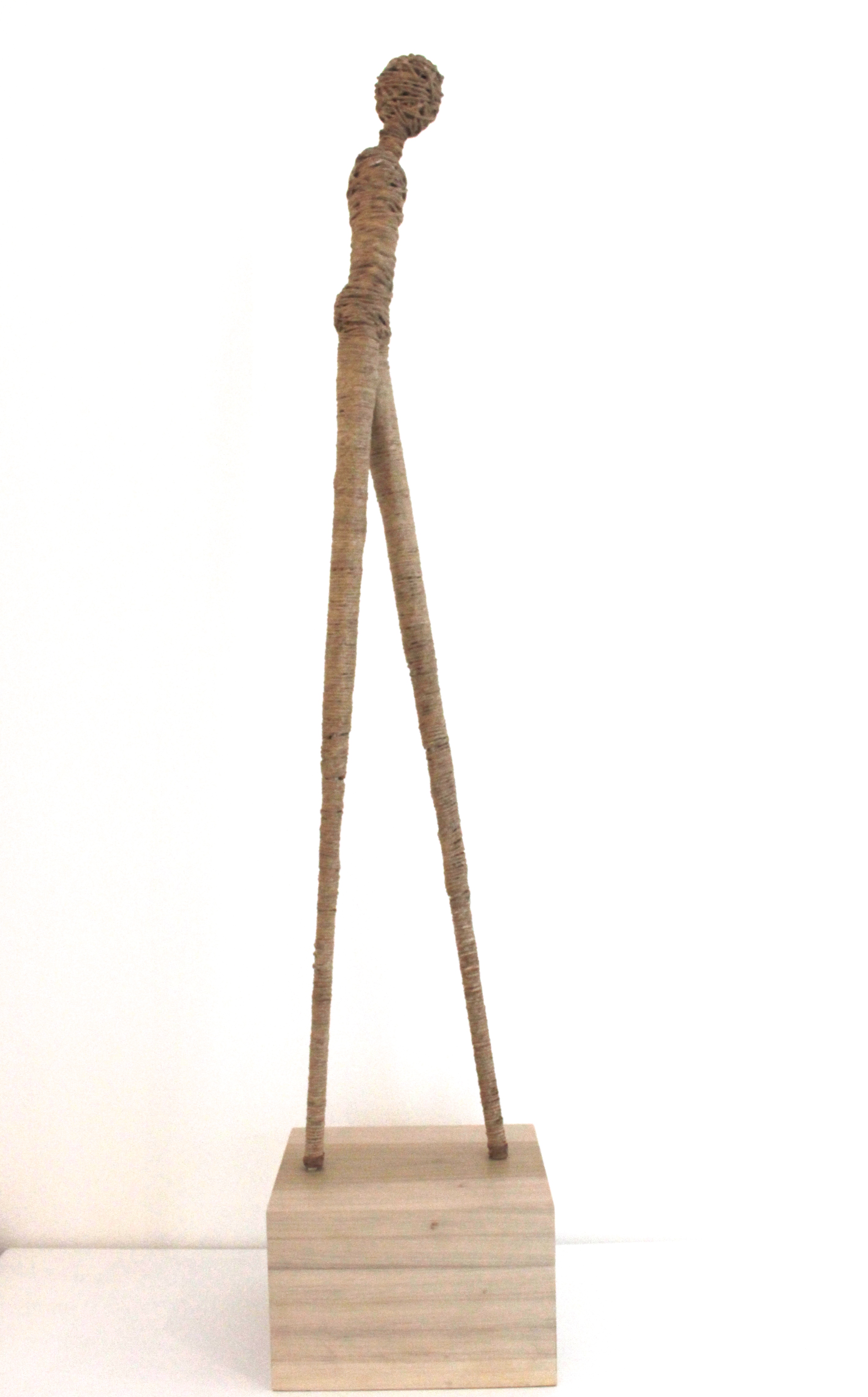 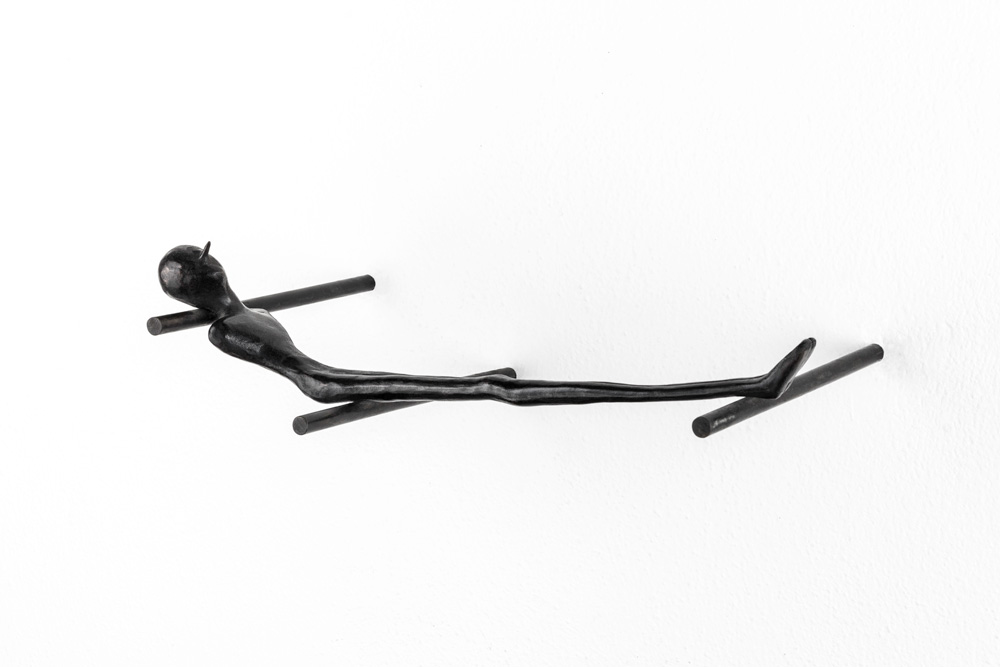 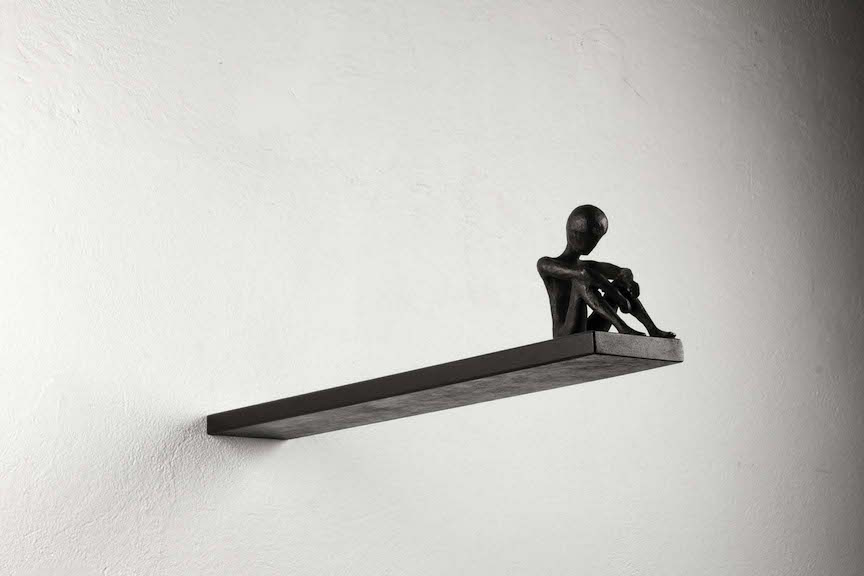 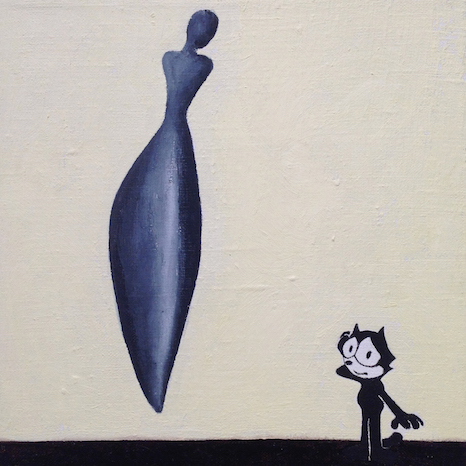 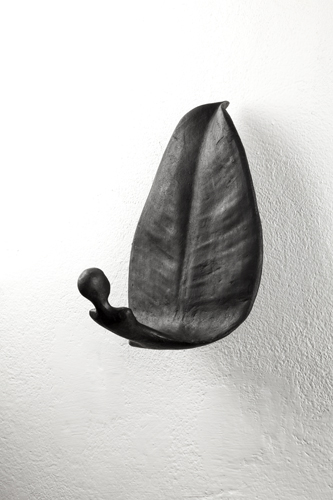 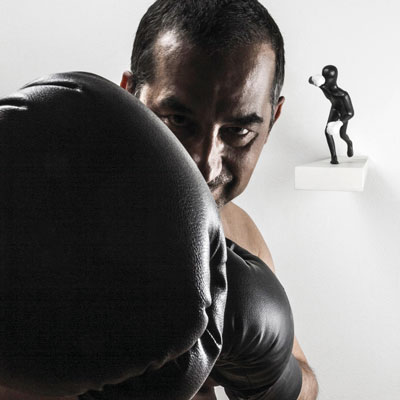 Alex Pinna's sculptures, characterized by thin bodies and long legs, certainly derive from Giacometti's poetics, though unburdened from their gloomy gravitas and gifted with a melancholy smile and a naïve and disenchanted glance upon reality.

Thin and fragile figures, spiced with contemporary irony represent a precarious humanity, constantly seeking a balance point. The artist manages to convey emotions, feelings and mental features without availing himself of facial expressions (his characters' faces are composed by few traits: forehead and nose), but only of the thoughtful bending of a spine or the imbalanced tilting of a body, communicating a sensation of existential instability. Alex Pinna was born in Imperia in 1967 and attended the Academy of Fine Arts of Brera in Milan. Since 1993 he exhibited his works in successful solo and group exhibitions and he has taken part in the most important art fairs throughout Italy and abroad. Among the latest exhibition we can mention, Sali at Tropea Harbour (2020), Twixt Land & Sea: Tales at Palazzo Bevilacqua Ariosti in Bologna during Arte Fiera (2018), Estate Italiana at MOAH in Lancaster, California (2017) and Ti guardo, mi guardo at Fondazione Rocco Guglielmo in Catanzaro (2012). During the years his works have also been exhibited in Shanghai, Tel Aviv, London, New York, Los Angeles, Montecarlo, Cologne and Lugano. He teaches sculpture at the Catanzaro Academy of Fine Arts. His works are permanently exhibited in private collection all over the world. He lives and works in Milan.

alex pinna | the way to get lost