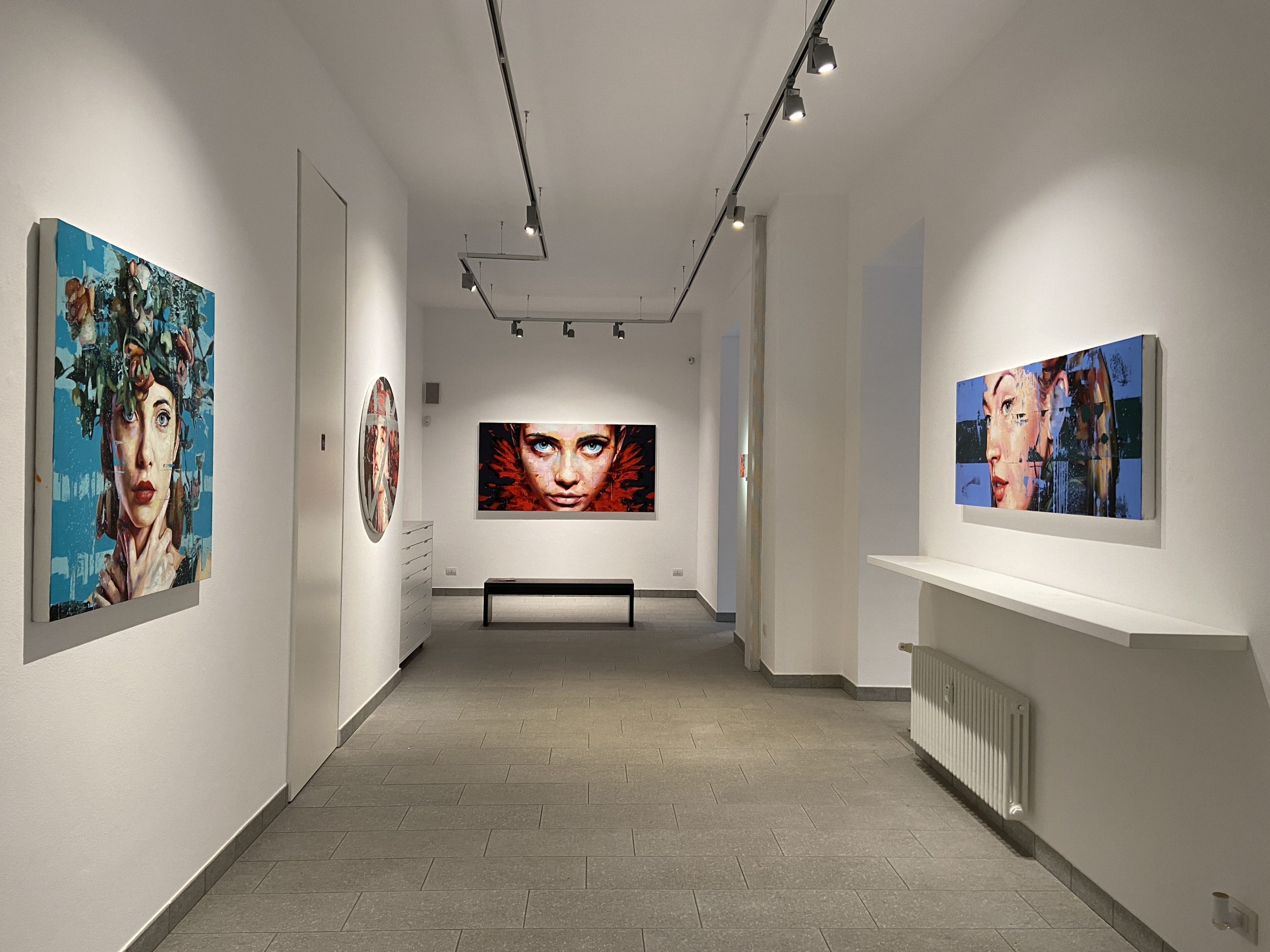 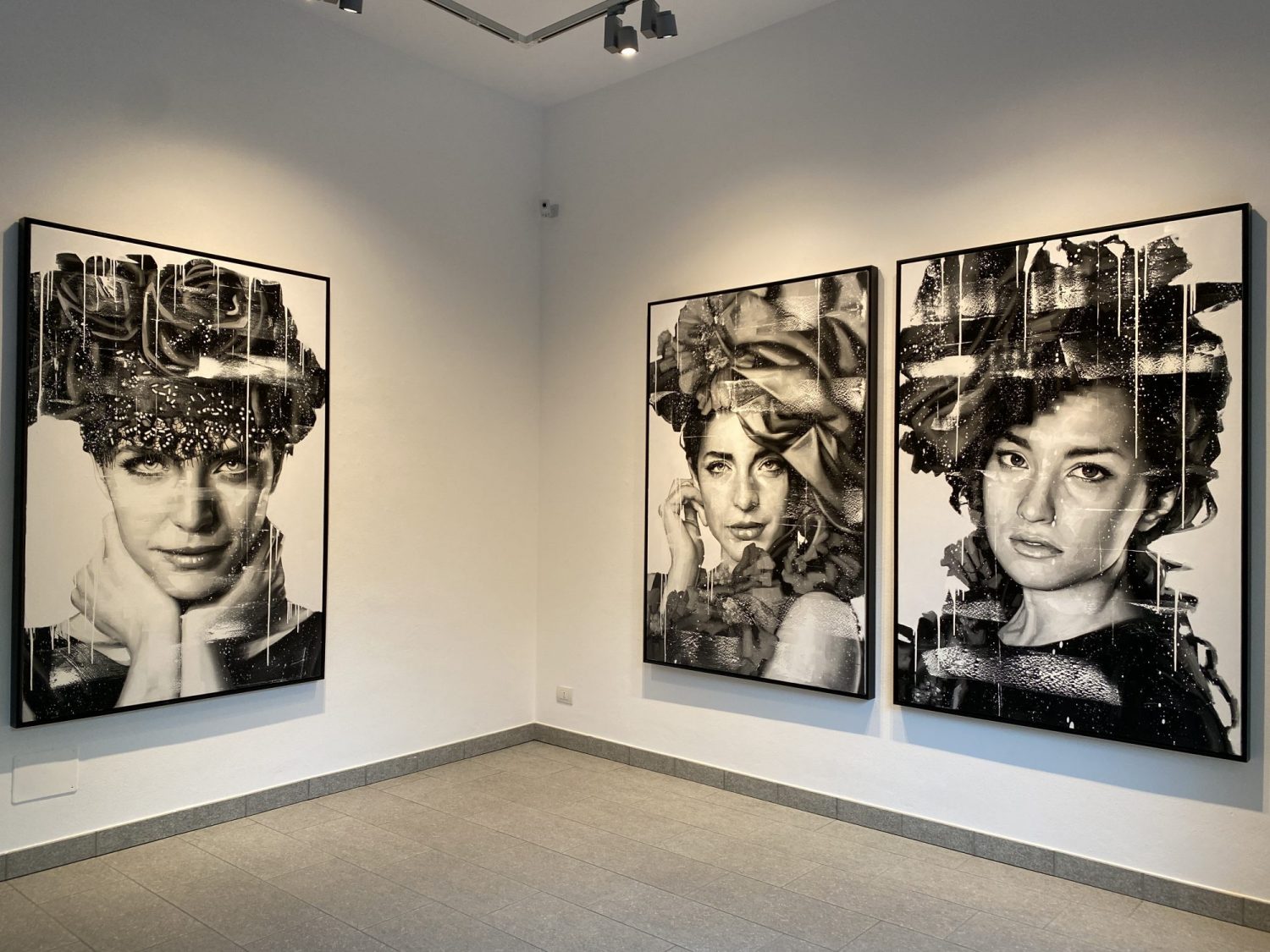 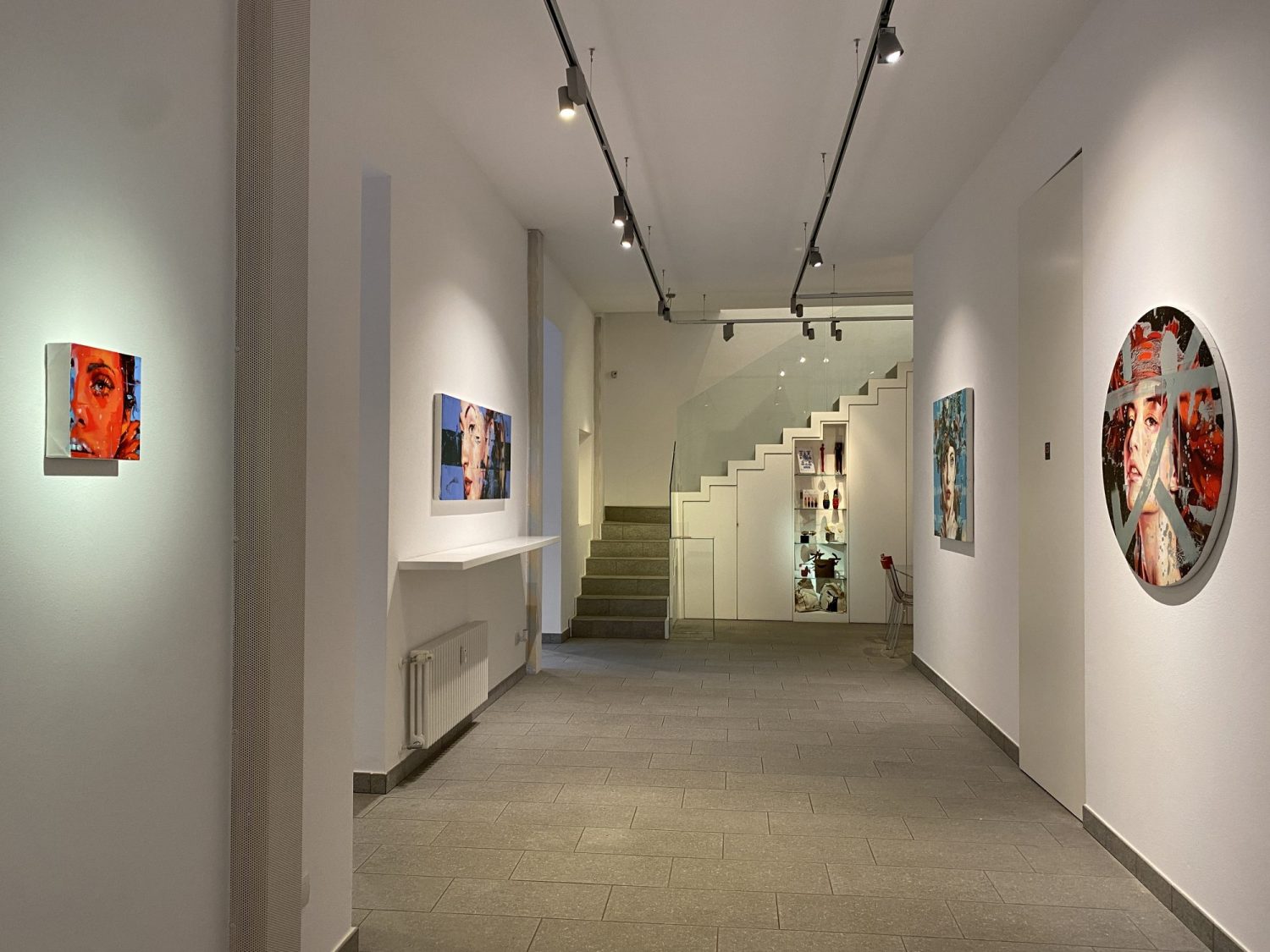 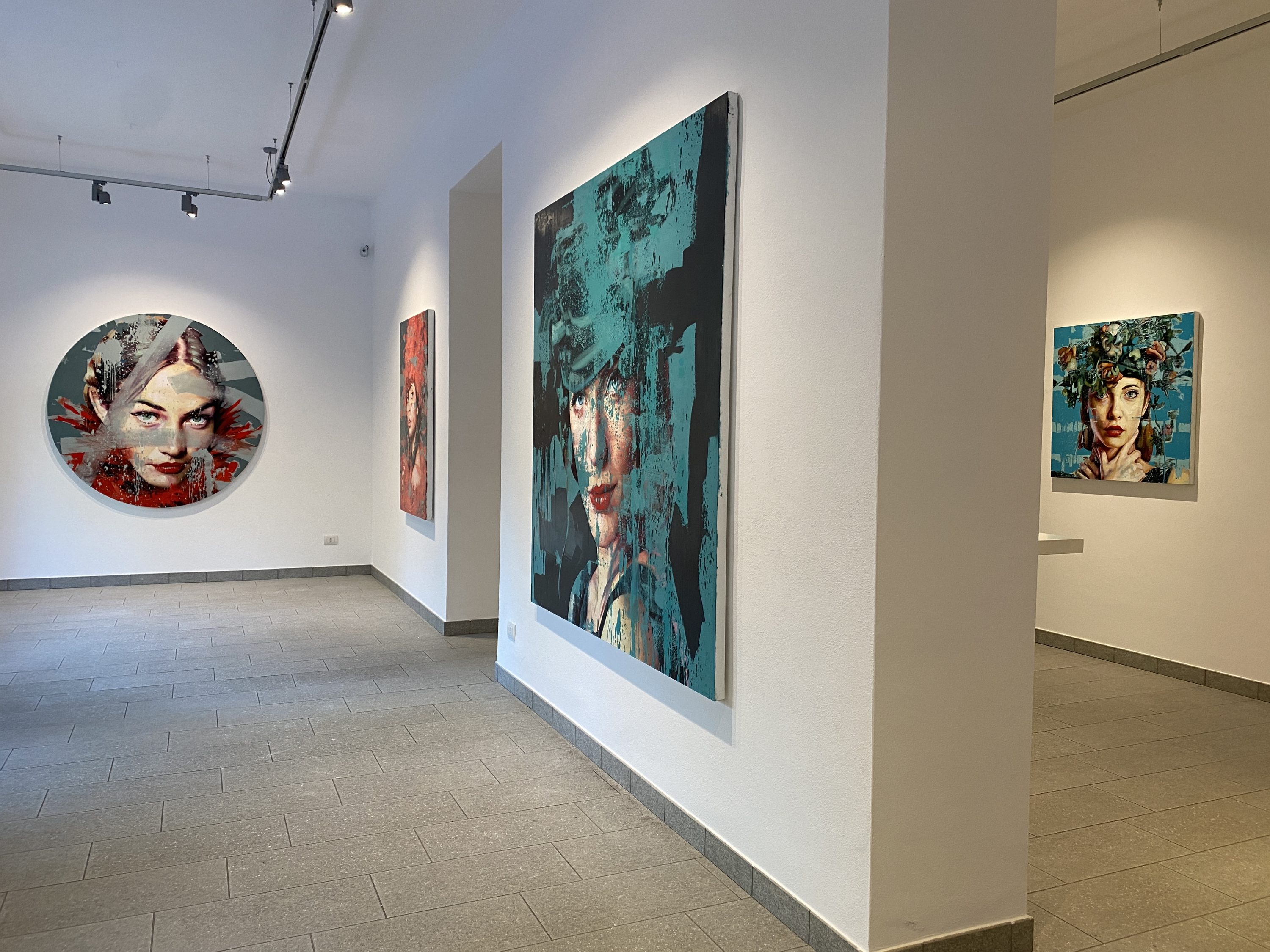 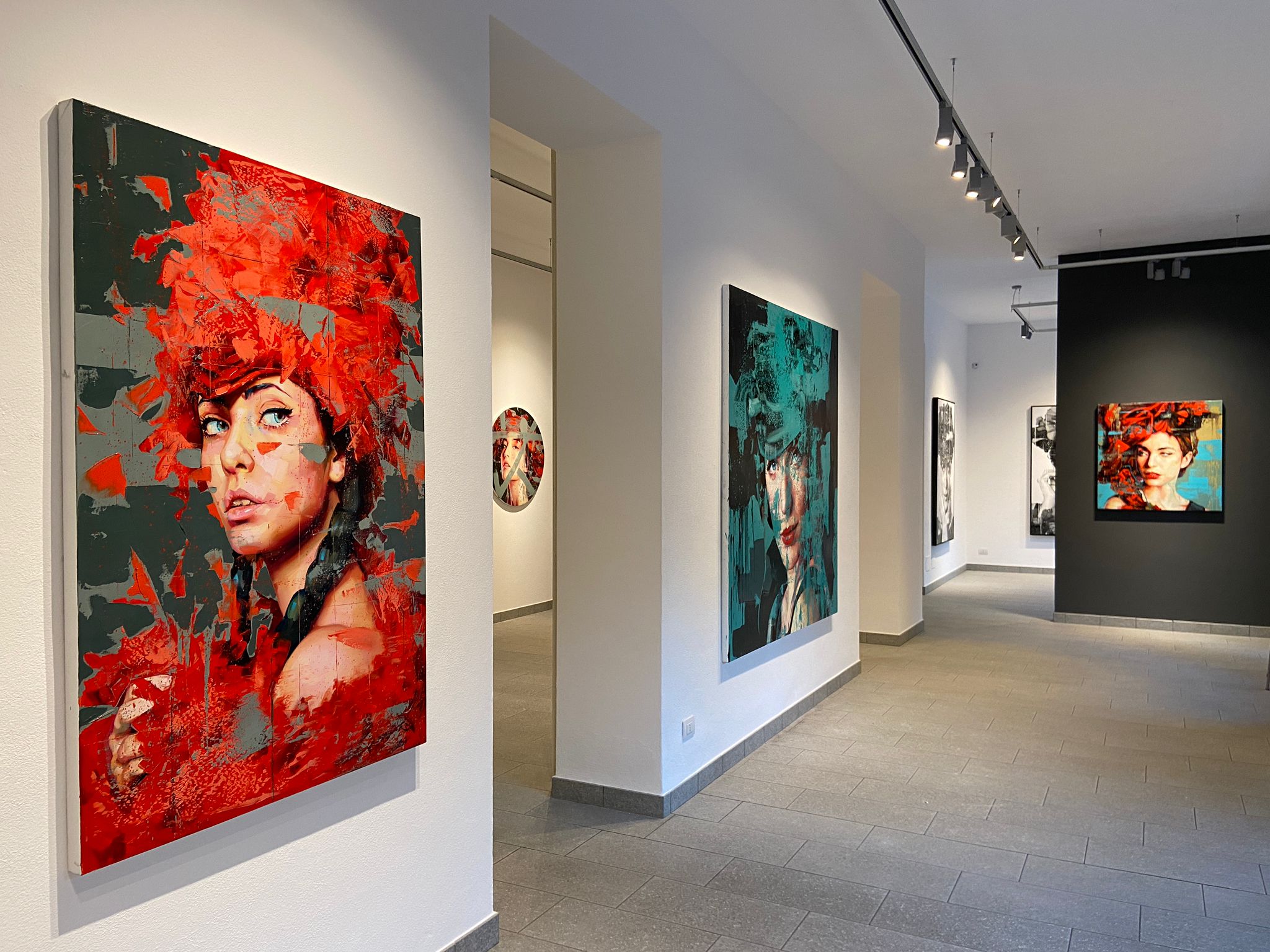 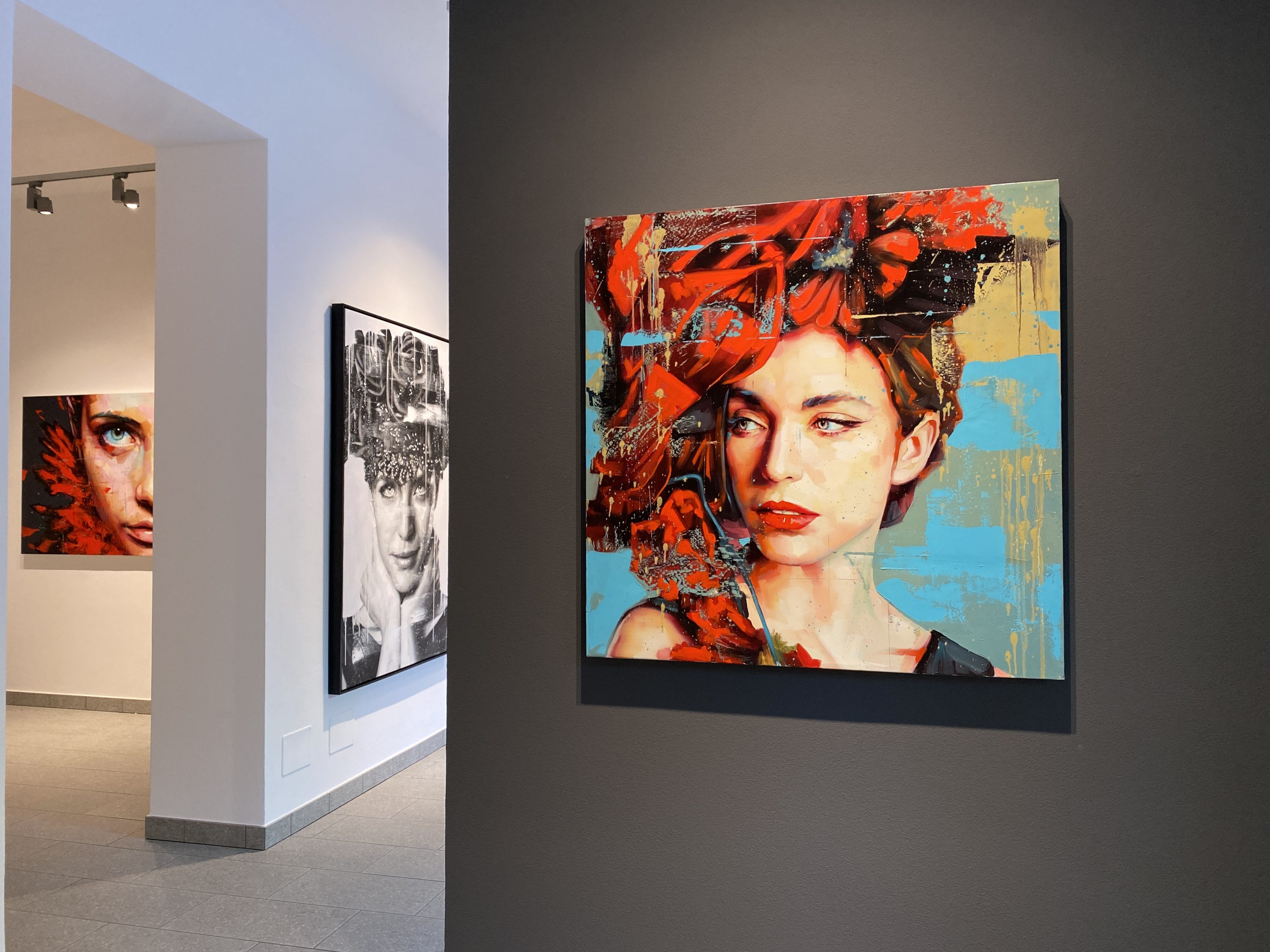 You're in: EXHIBITIONS | MIRRORS | Silvio Porzionato

For the first time with a large solo show in Varese, the internationally renowned Torinese artist SILVIO PORZIONATO brings a new and unexhibited series of medium to large portraits of women to PUNTO SULL’ARTE, the result of his work from the last few months.

Executed with a fresh and immediate pictorial gesture, lit up with full and mellow tints and made vibrant through a series of further pictorial interventions – wide strips of colour spread with a spatula, visual disturbances, drippings – the faces of Porzionato’s women engage the viewer with a game of references that has its roots in the tradition of classical art, powerfully devoted to beauty, but which finds its completion in the instinctive power of expressionism.

Wonderfully beautiful, the women painted by the artist are never portraits, but rather archetypes of contemporary femininity, depicted not only according to current aesthetic standards, but also fulfilling a psychological search into their idiosyncrasies and their discomforts. In fact, the girls seem to have been caught in an intimate moment of recognition of themselves in a mirror, a moment – today more than ever – flavoured with anxiety and expectations, with joy and with terror. Dressed up, made up, ready to put themselves on show for themselves and for us, Porzionato’s women search in the mirror, and therefore in our eyes, for the confirmation of their existence, the acceptance of their beings as they are. Splendid and above all so true in this spasmodic need to understand oneself.

Next to the big works in full, bright colours, the show presents four pieces in black and white, where despite the lowering of tones to browns and a series of greys, the sparkling brightness of the pictorial material remains intact.

The opening reception of the exhibition, entitled MIRRORS, will be held on SATURDAY, OCTOBER 30 from 3 to 7pm at PUNTO SULL’ARTE – Viale Sant’Antonio 59/61 Varese – and the Artist will be present at the Gallery. The event is organized in compliance with the health regulations issued by Italian Government and the Green Pass will be necessary to take part in the event. The access to the Gallery will be limited, it is therefore recommended to book a time slot for visiting the exhibition and avoiding waiting times.

All visitors are invited to bring headphones and a smartphone for listening to the critical text and watch audio-visual equipment by using QR codes.

SILVIO PORZIONATO: He was born in Moncalieri (TO) in 1971. After graduating from art school, he was head designer, for a decade, of an important company in Turin. After some time, as Porzionato has declared, he felt the call of «silence of the land of Roero» and decided to start a new life in the silence of the countryside, closely to nature and art. Porzionato immediately proved to be a revelation in the national art scene: after only one year he was selected for Mondadori Art Prize, in 2010 he won the critics’ prize in Saluzzo Arte and then he made a permanent work for the Museum of Urban Art in Turin. In 2011 he was selected for the 54th Biennale di Venezia exhibiting both in the Regional Pavilion of Piemonte and in the Italian Pavilion in Turin. In 2013 he created three large installations entitled Codice Temporale for MACS (Museum of Contemporary Art in Sicily) in Catania. For the exhibition, the artist made 112 portraits of faces of people, as a narration and mimesis of the passing of time through the changing of the somatic traits of each individual. A visual path in which the viewer is pushed to reflect himself, as in front of a large mirror which opens to his past and his future, in an alienating continuum from childhood to old age. In 2016, after the first group exhibitions and US experiences, with the solo show It’s Life at the Artspace8 Gallery he bursts overseas on the figurative scene of the city of Chicago (USA). Since then, his works have been exhibited all over the world and are shown in the most important art galleries, from Hong Kong to London, Paris, Bogotá, New York, Miami, Chicago and Istanbul. He has taken part in some of the most important art fairs in the US – especially in Art Miami – as well as in the art fairs in the UK, Korea, Colombia, Turkey and Peru. He lives and works in Pancalieri, near Turin. 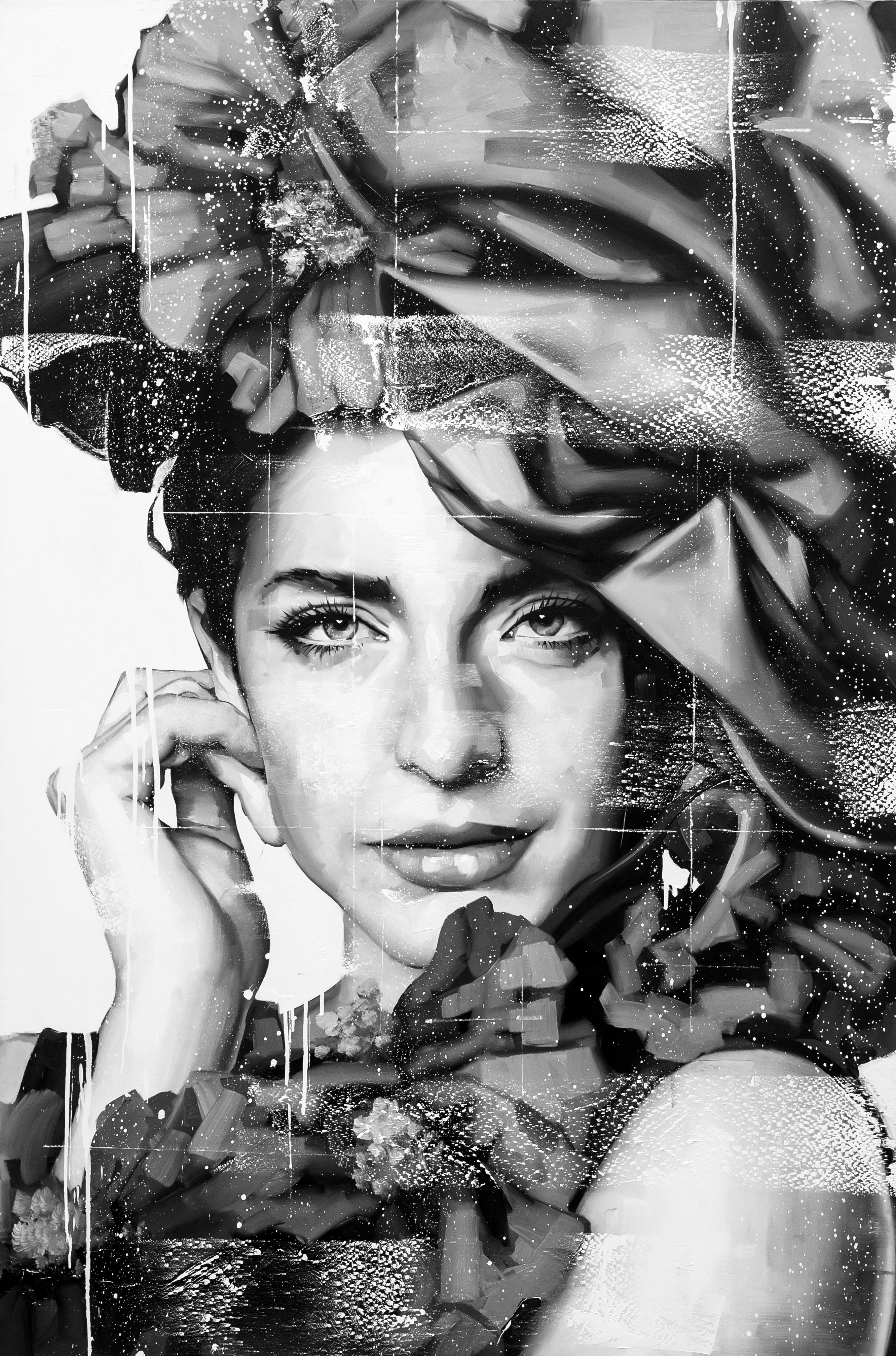 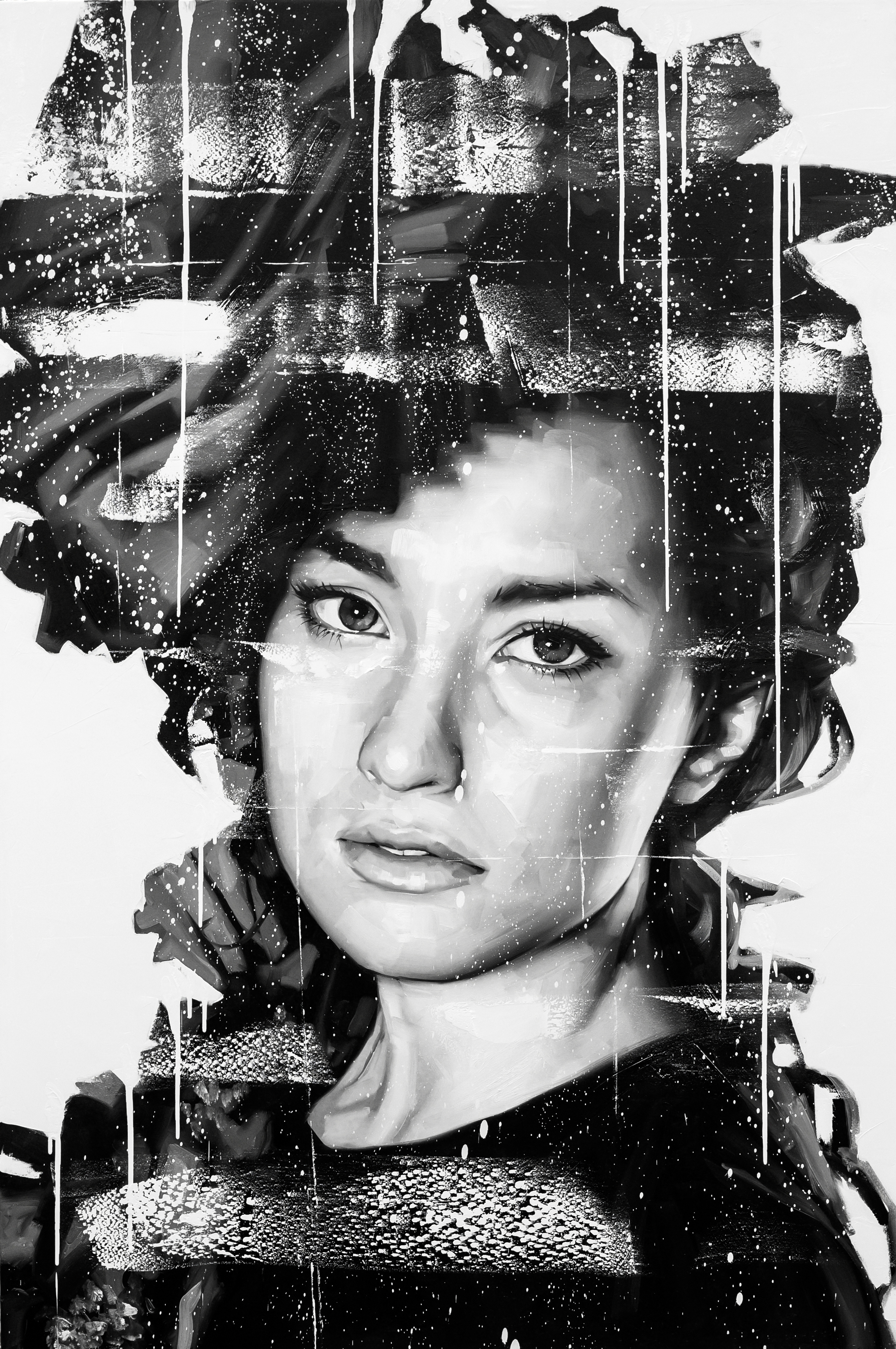 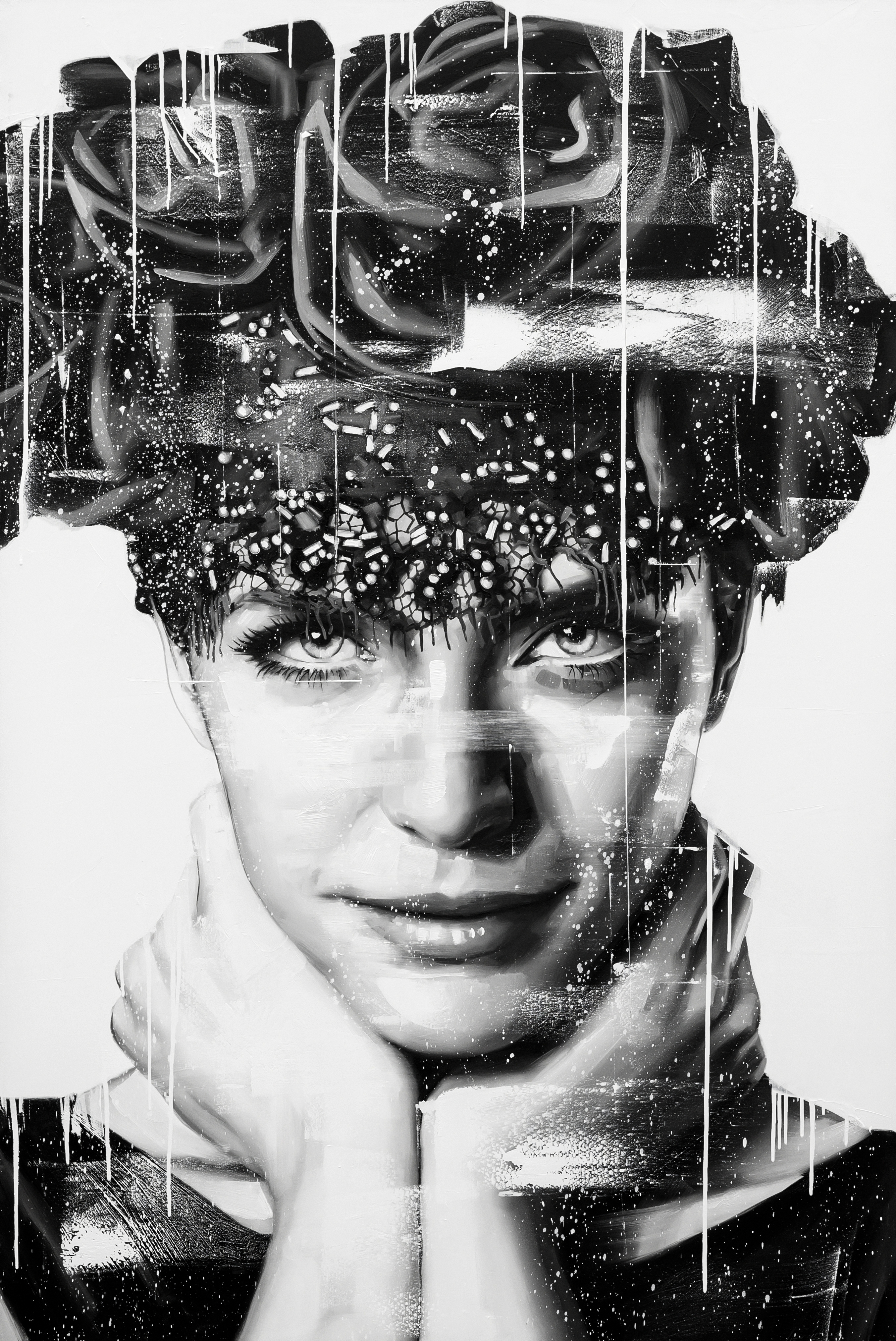 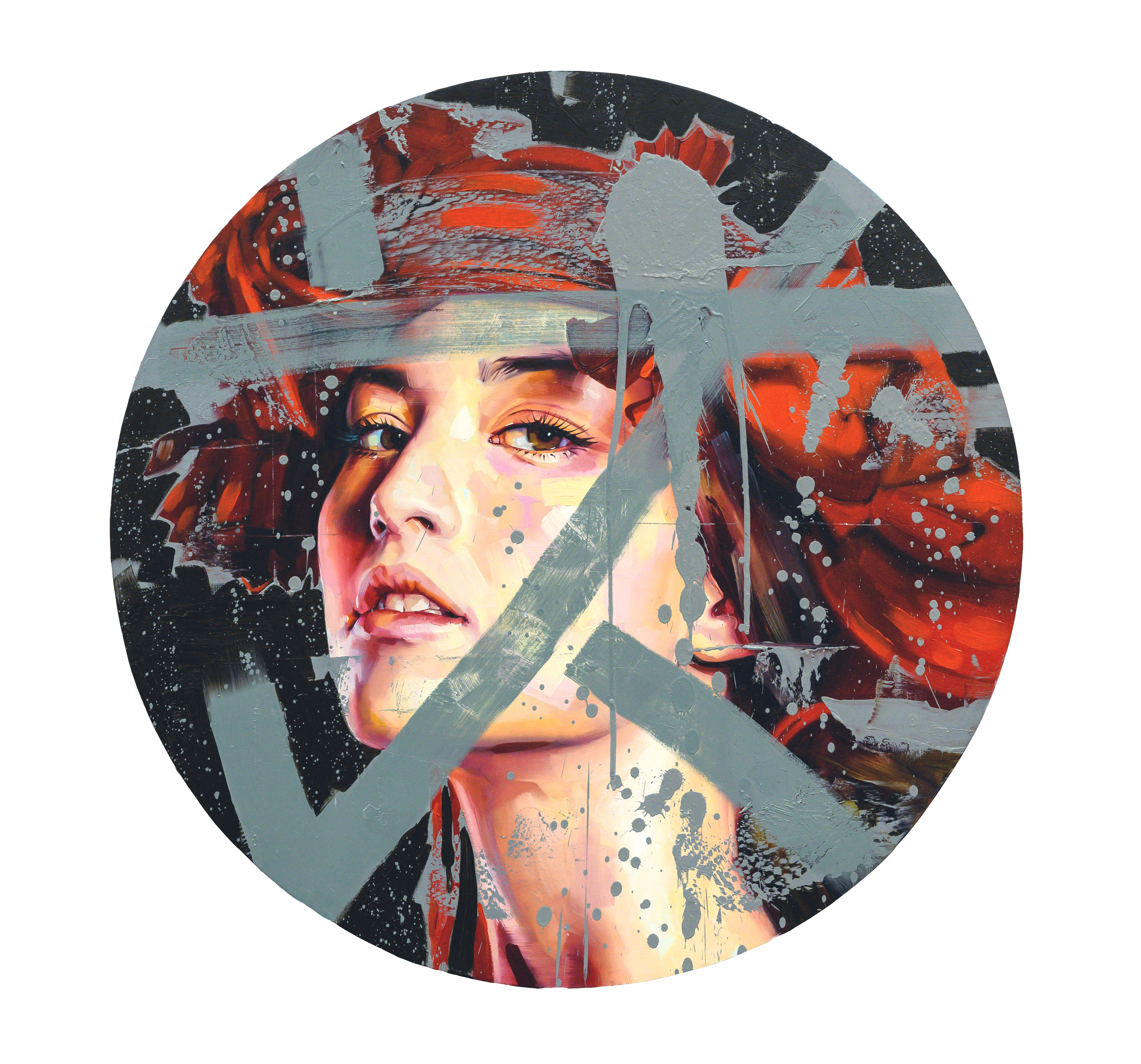 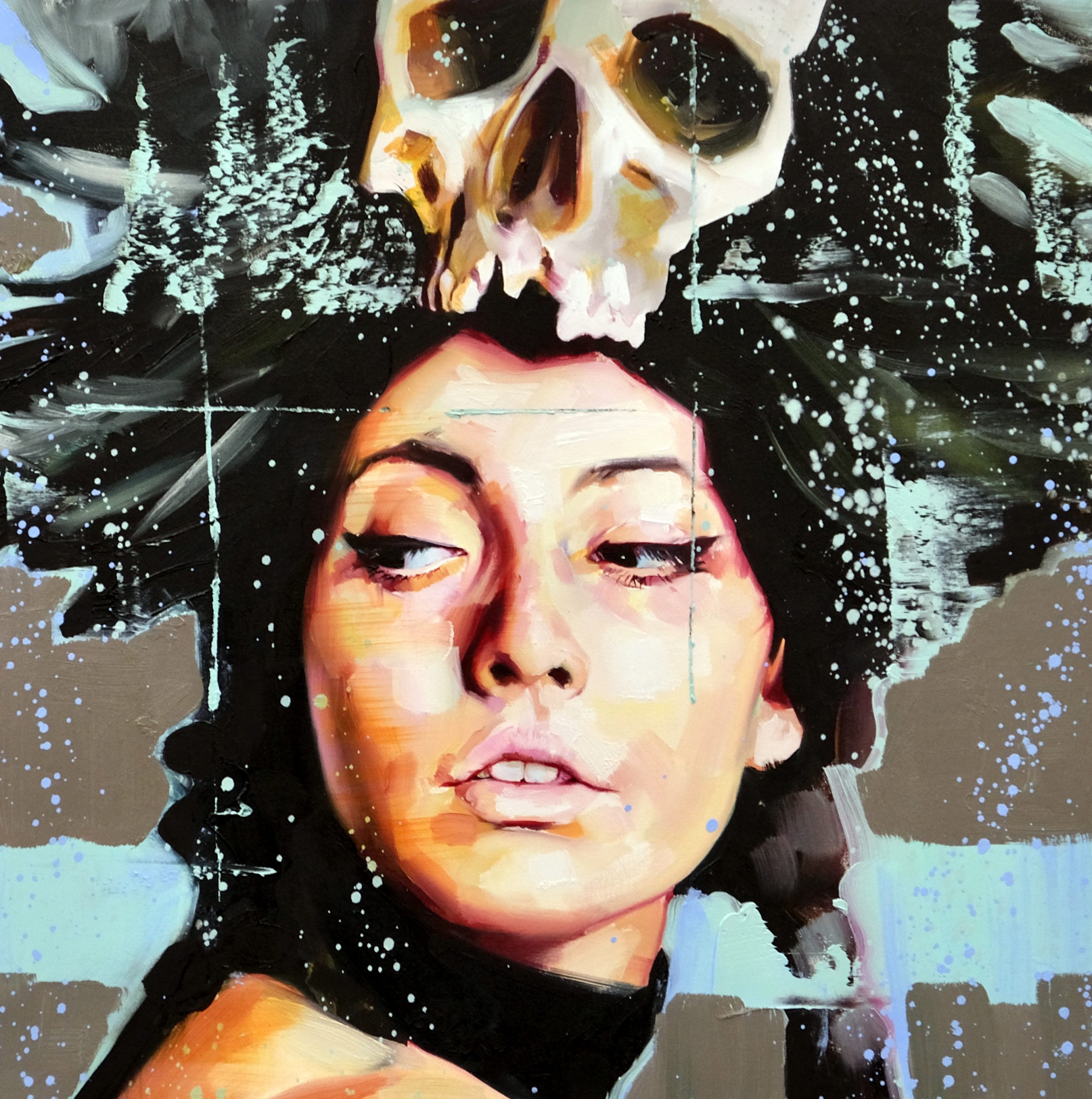 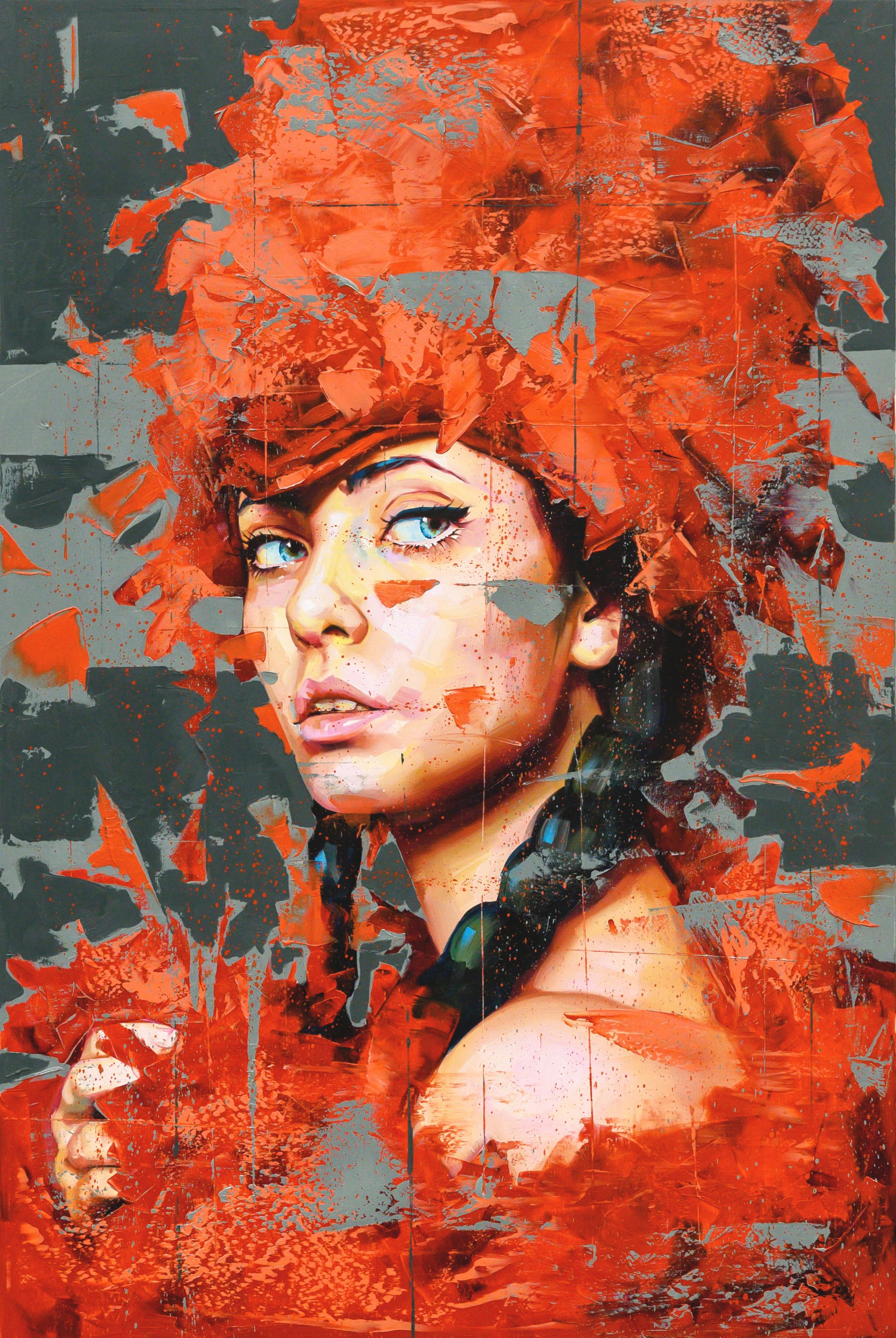 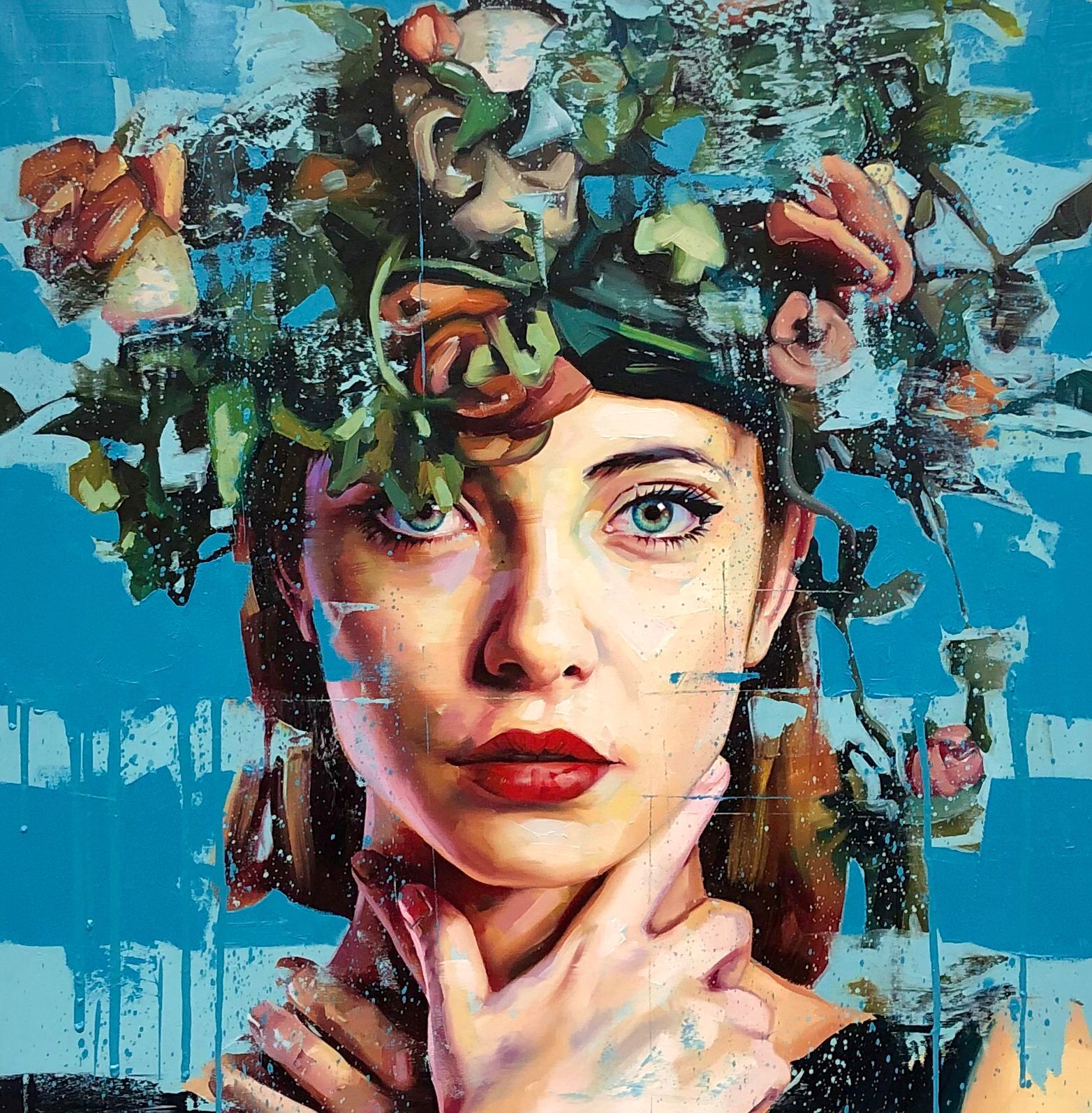 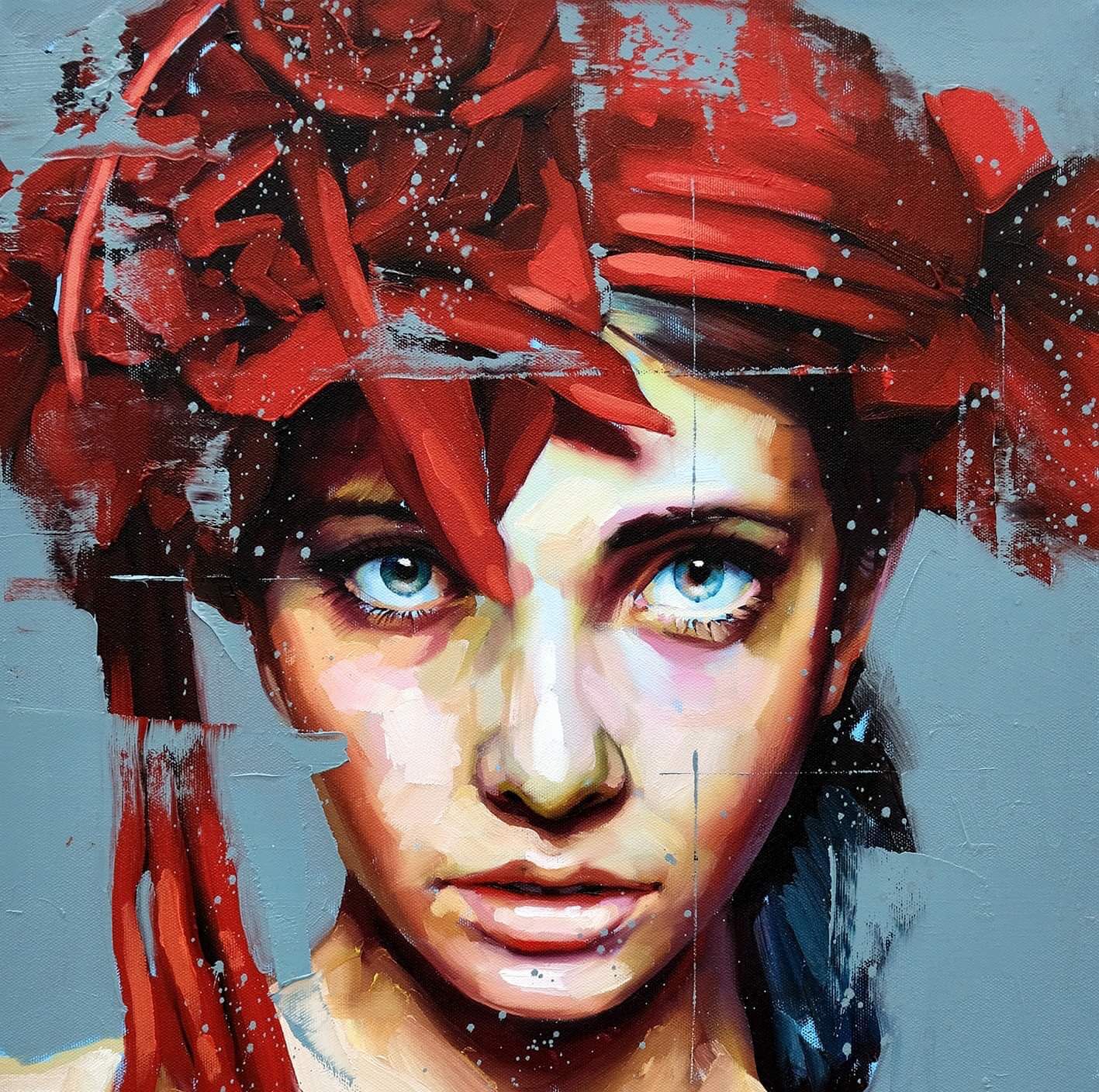 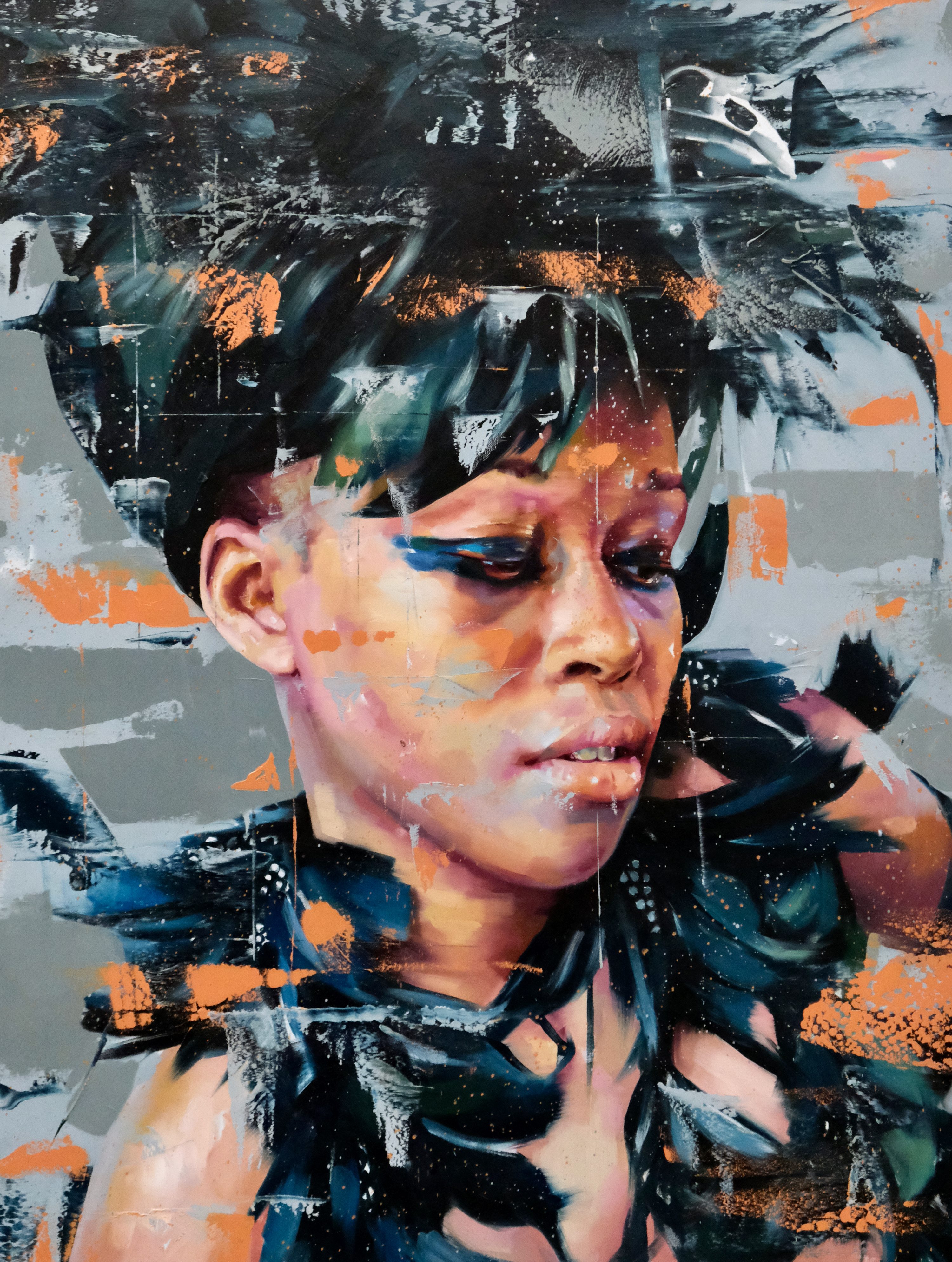 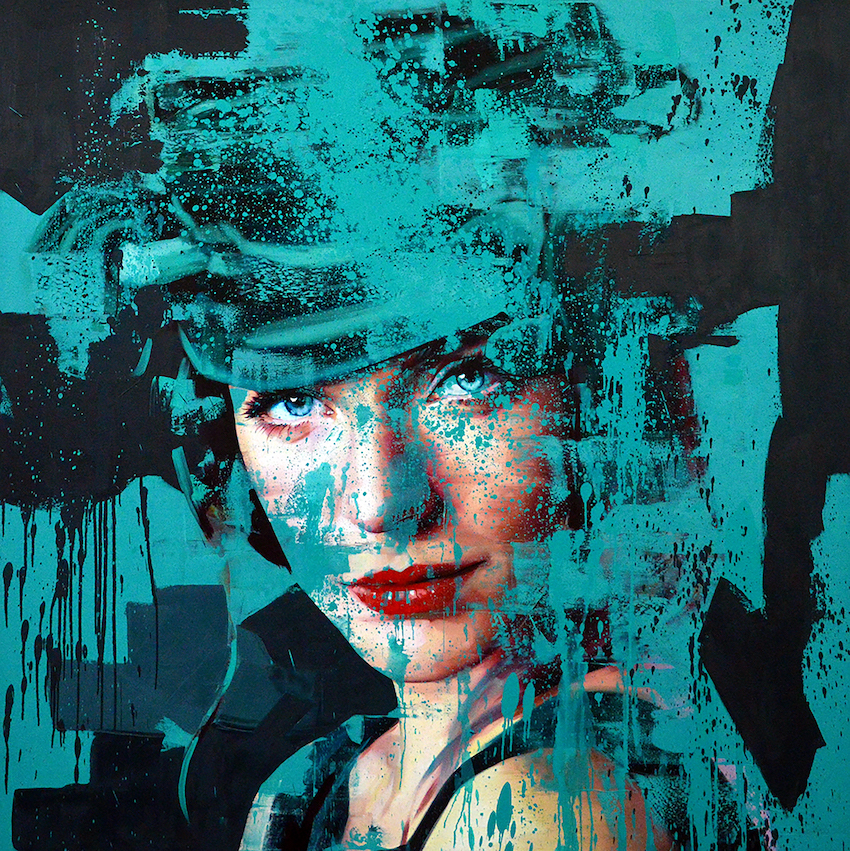