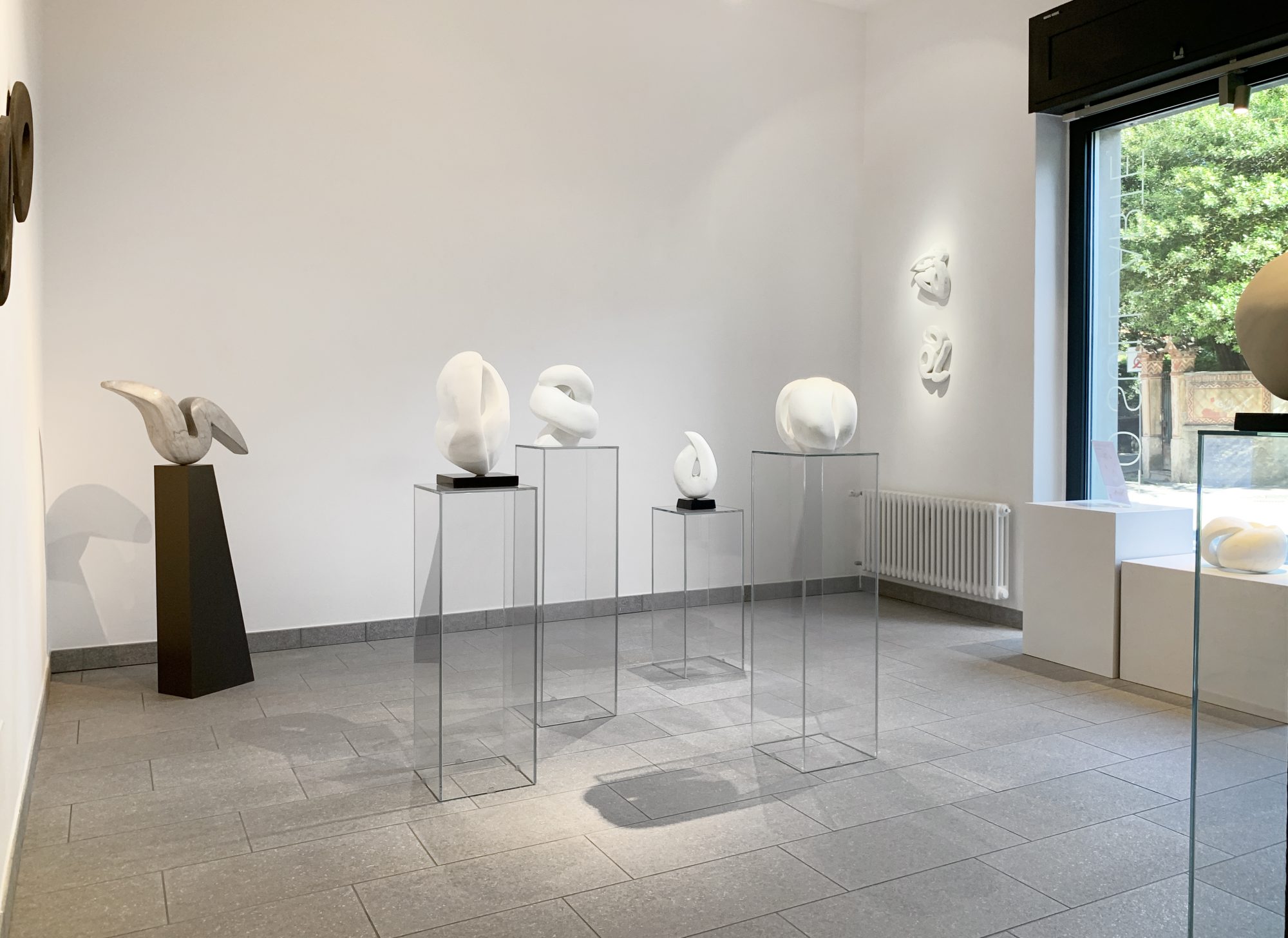 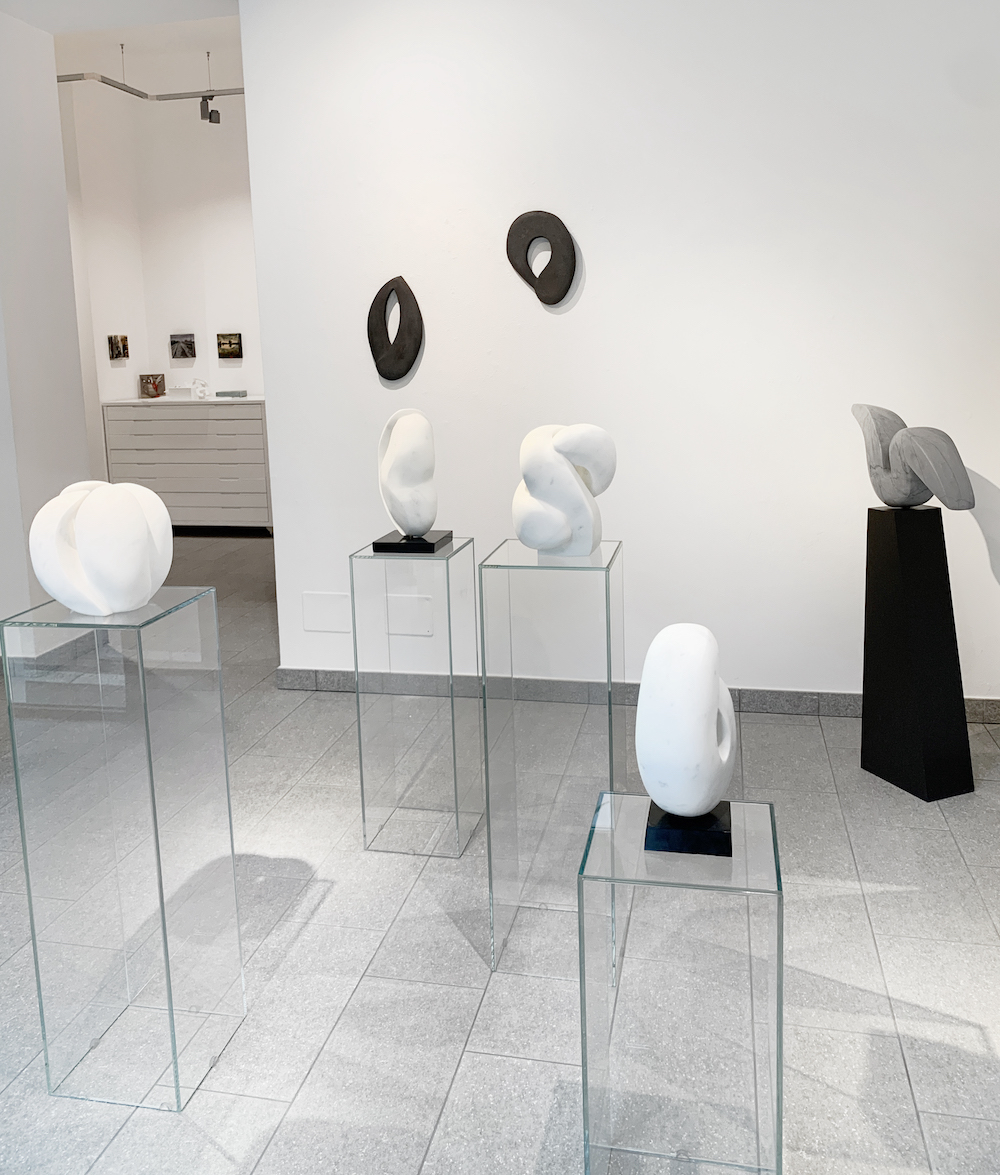 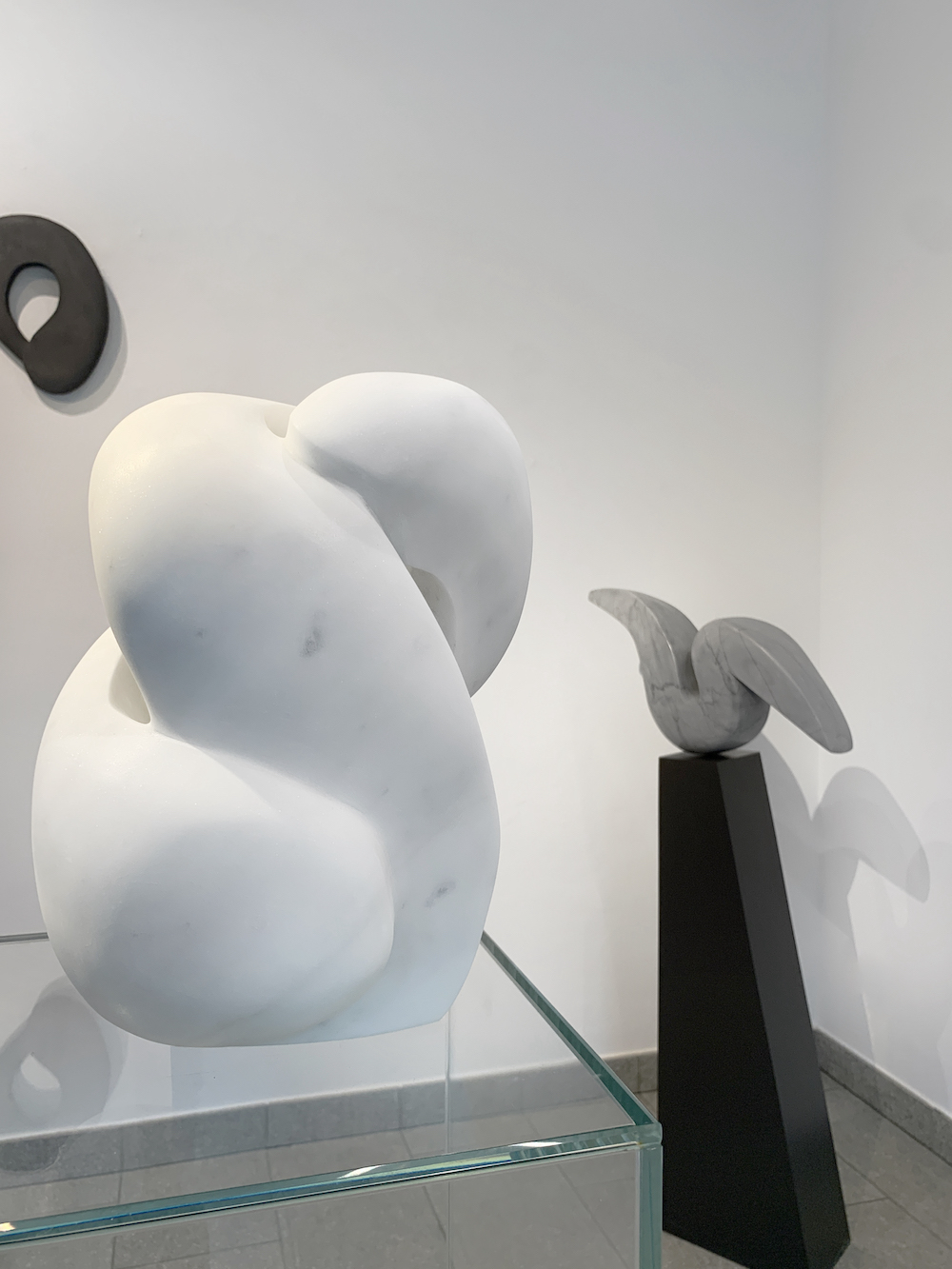 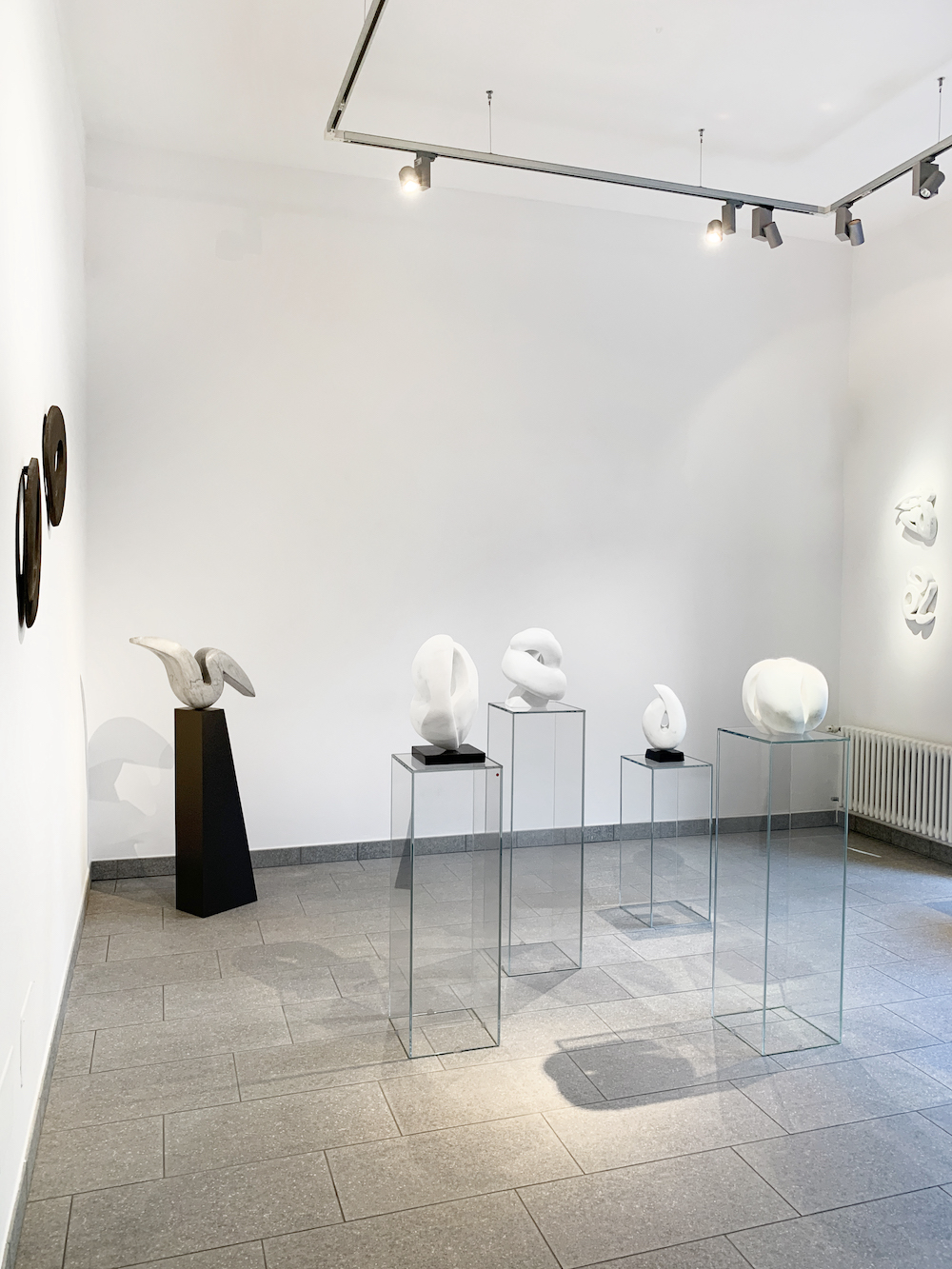 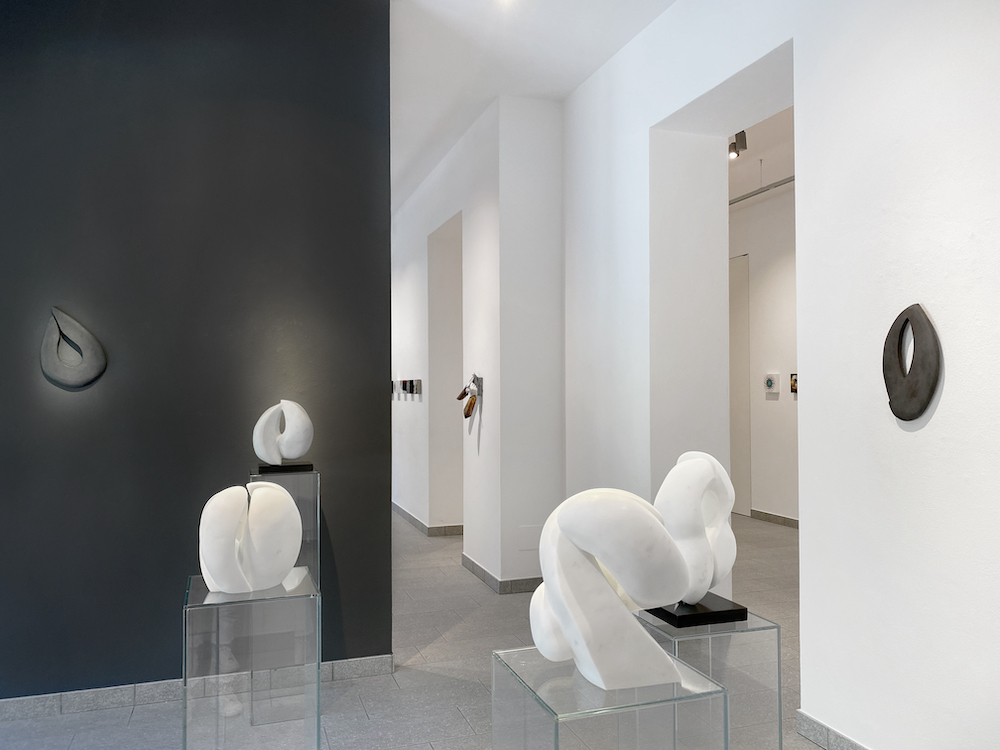 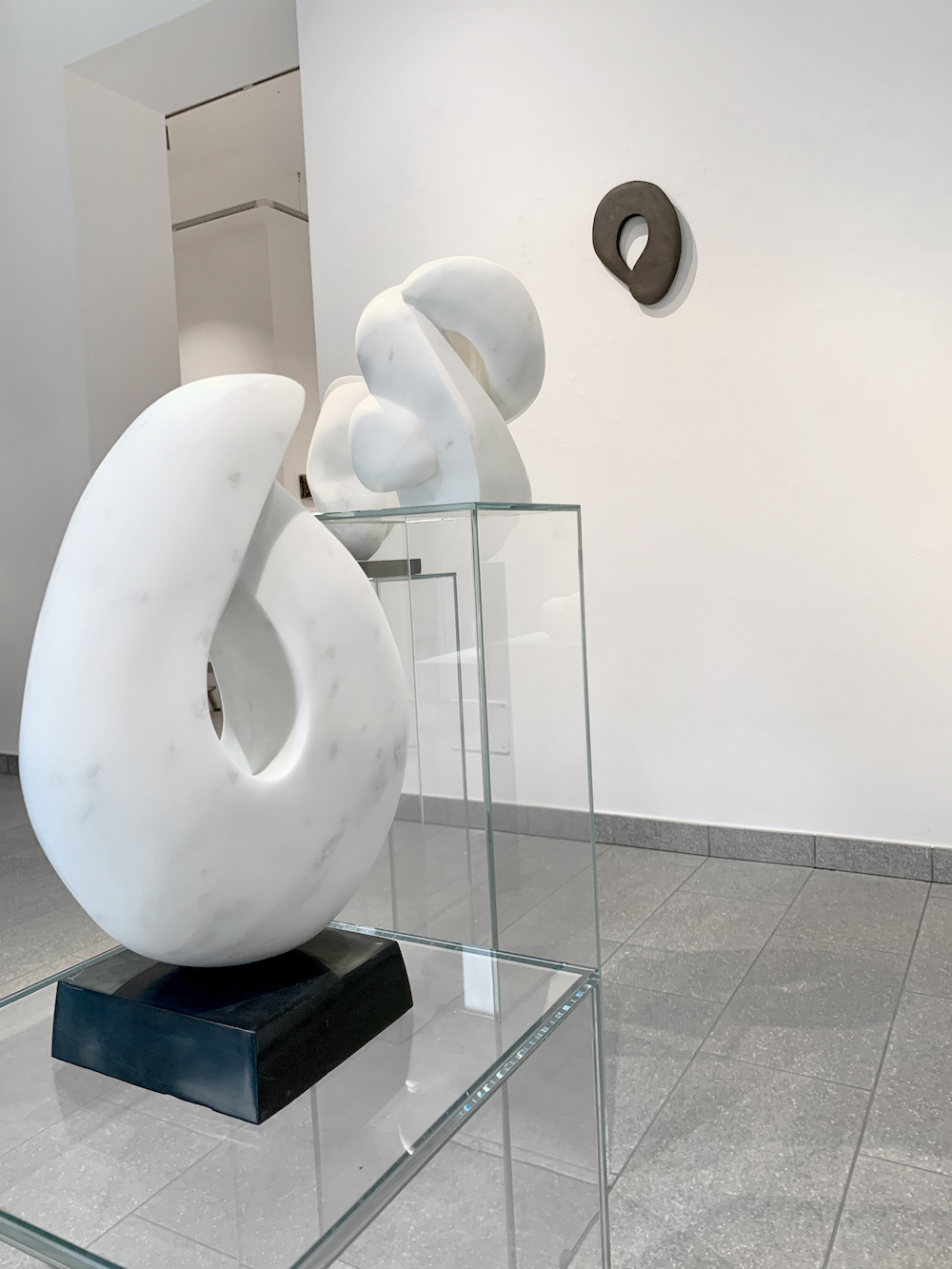 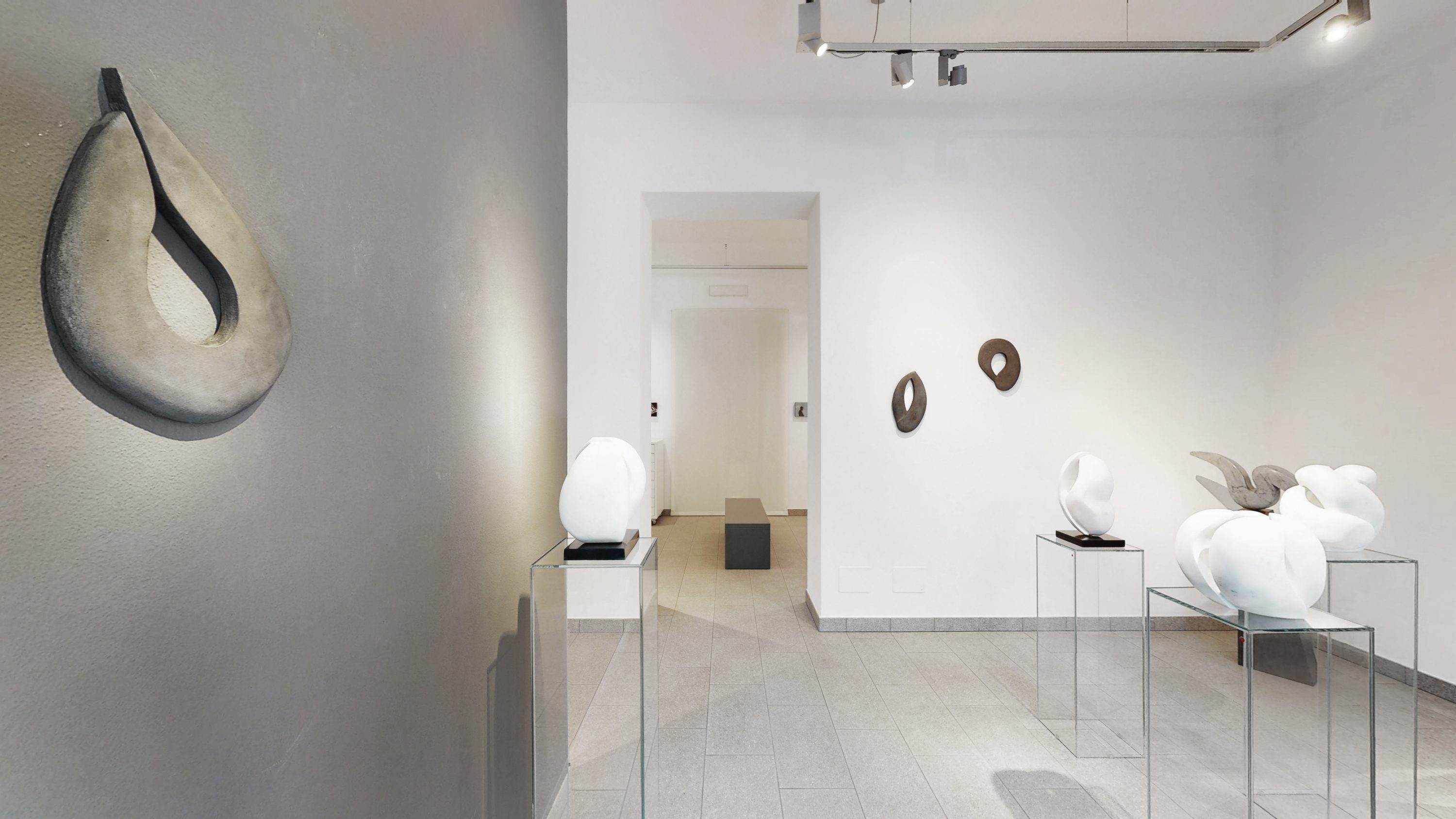 On show in the Project Room on the ground floor of the gallery in Viale Sant’Antonio, 59/61, Varese (Casbeno).

Opening reception THURSDAY, JUNE 9 from 5 pm to 8 pm and the Artist will be present.

JILL HÖJEBERG, who studied in the United States and who lives in Sweden, Stockholm, is actually an artist deeply linked to our country, where she periodically comes to work on the source of one of her favourite materials, the white Carrara marble. Starting from the great attention to man of the classical and Renaissance marble tradition, Höjeberg completely transforms and renews its forms and intentions, in a profoundly contemporary way. The artist abandons the anthropomorphism of the work and seeks the essentiality of the human being into emotional geometries and movements of material. Her subjects are no longer statuary, distant and impassive but empathic forms, feminine and designed for contact with the viewer. It is difficult not to feel an emotional consonance with her works: they are twists, with full and empty, created for containing the feelings of those who look at them; hugs no longer made of muscles and outstretched arms, but of soft and synesthetic movements.

Together with the most recent works made of white Carrara marble, there will be on show some brand-new cast-iron sculptures, whose expressive power does not appear to be affected by the hardness and roughness of the material: in the same way as the marble sculptures, they are works capable of catalysing the senses of the viewers, inviting them to establish a physical contact with them.

Höjeberg’s works are indeed creations towards which it is possible, if not even necessary, to stretch one’s hand to have tactile feedback of one’s sensations. Elsewhere, it would not be allowed to touch sculptures, for the arcane fear that a touch could take something away from them. With the works of this artist, however, it’s exactly the opposite: we could not perceive their emotional power if we could not touch them with our hands. Their aim is precisely that the viewer gets in touch with them, in a reciprocal give-and-take relationship among sensitive bodies.