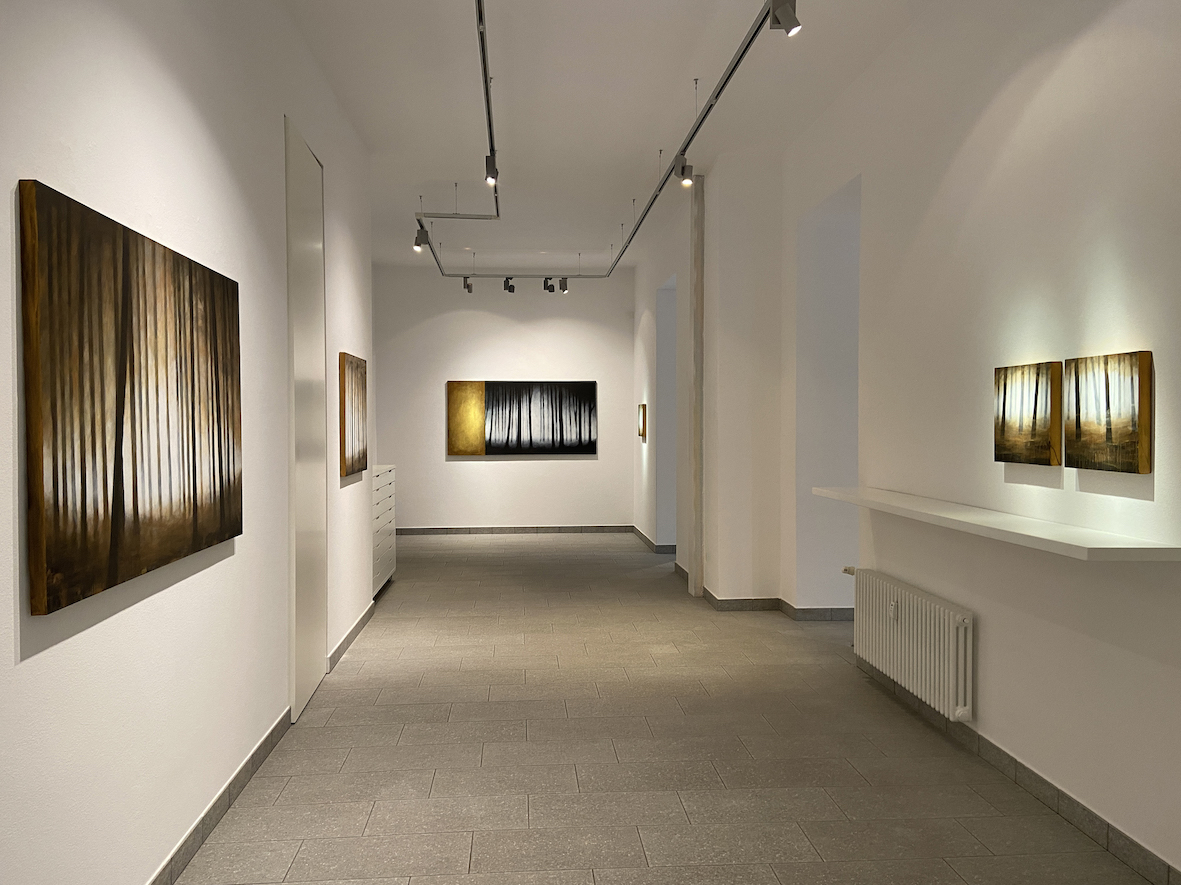 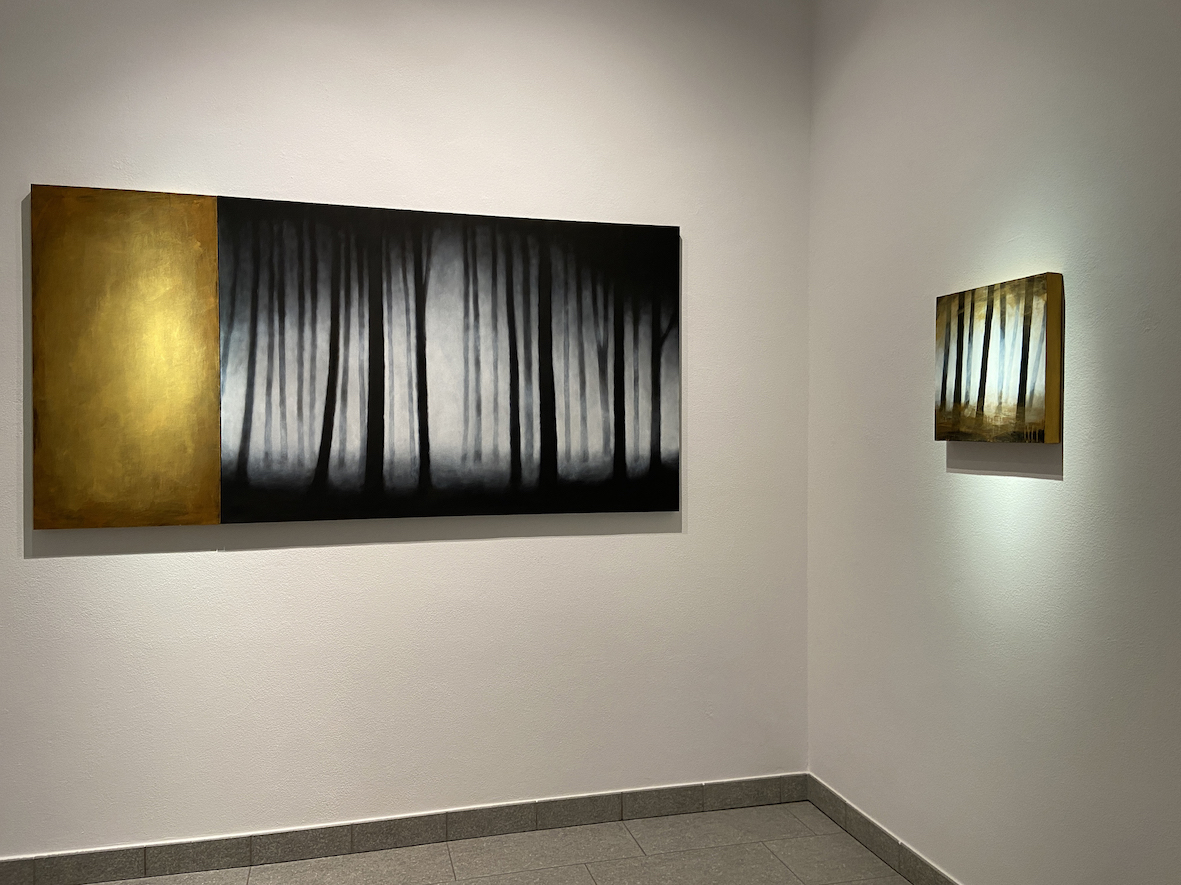 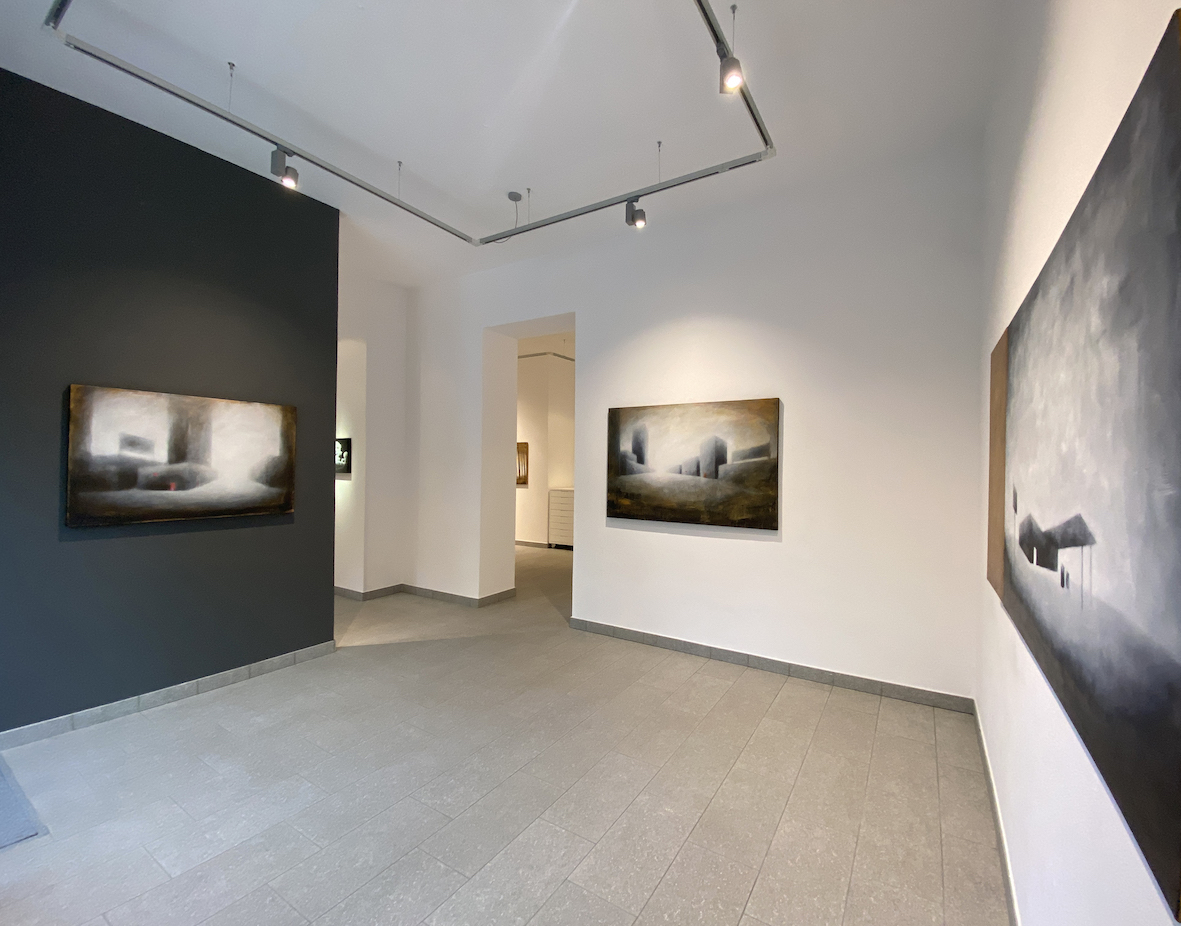 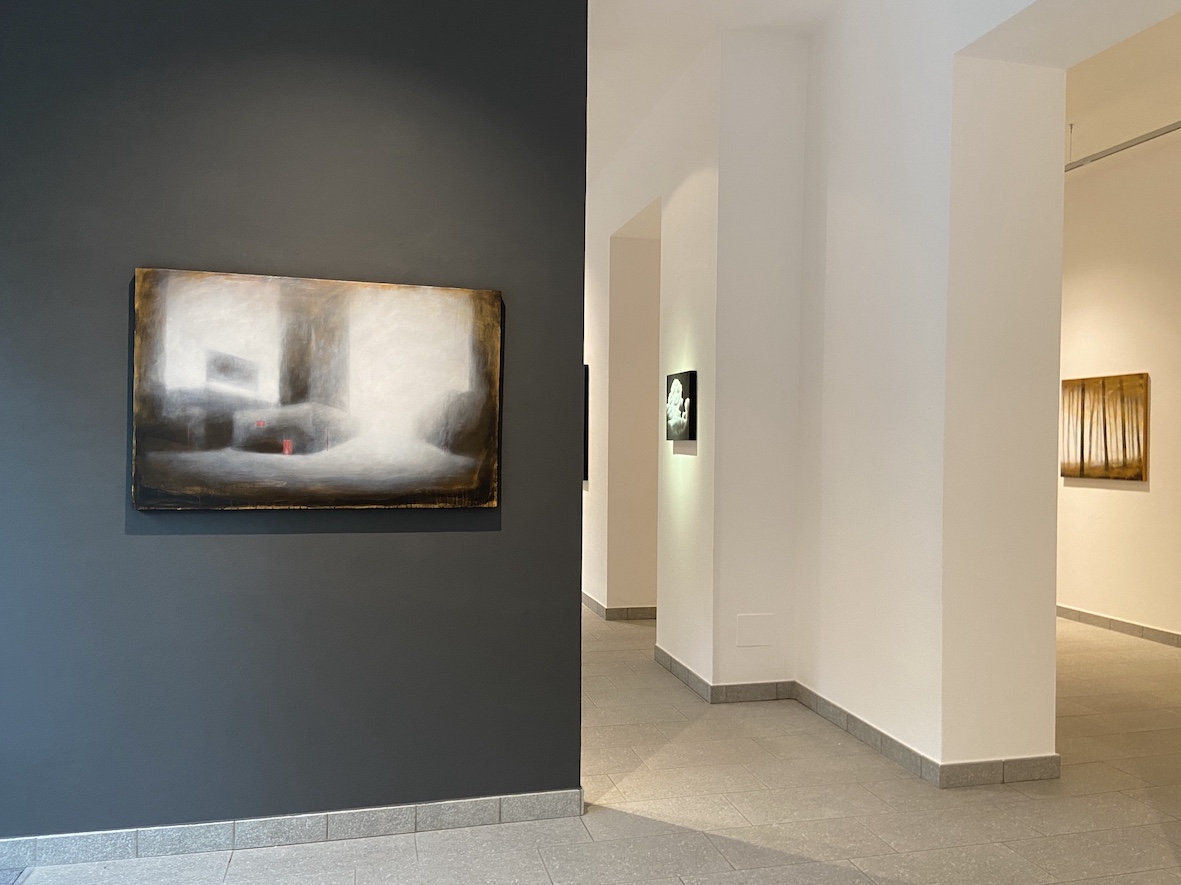 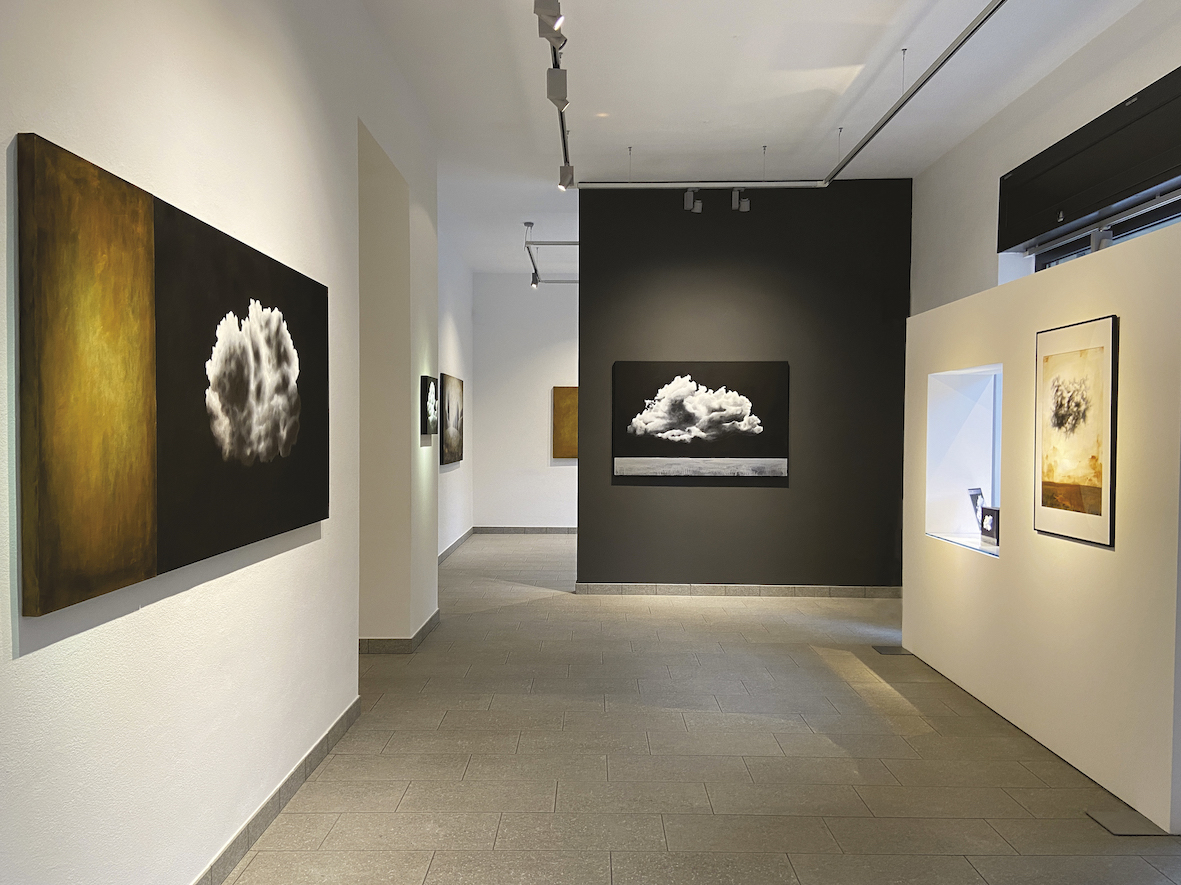 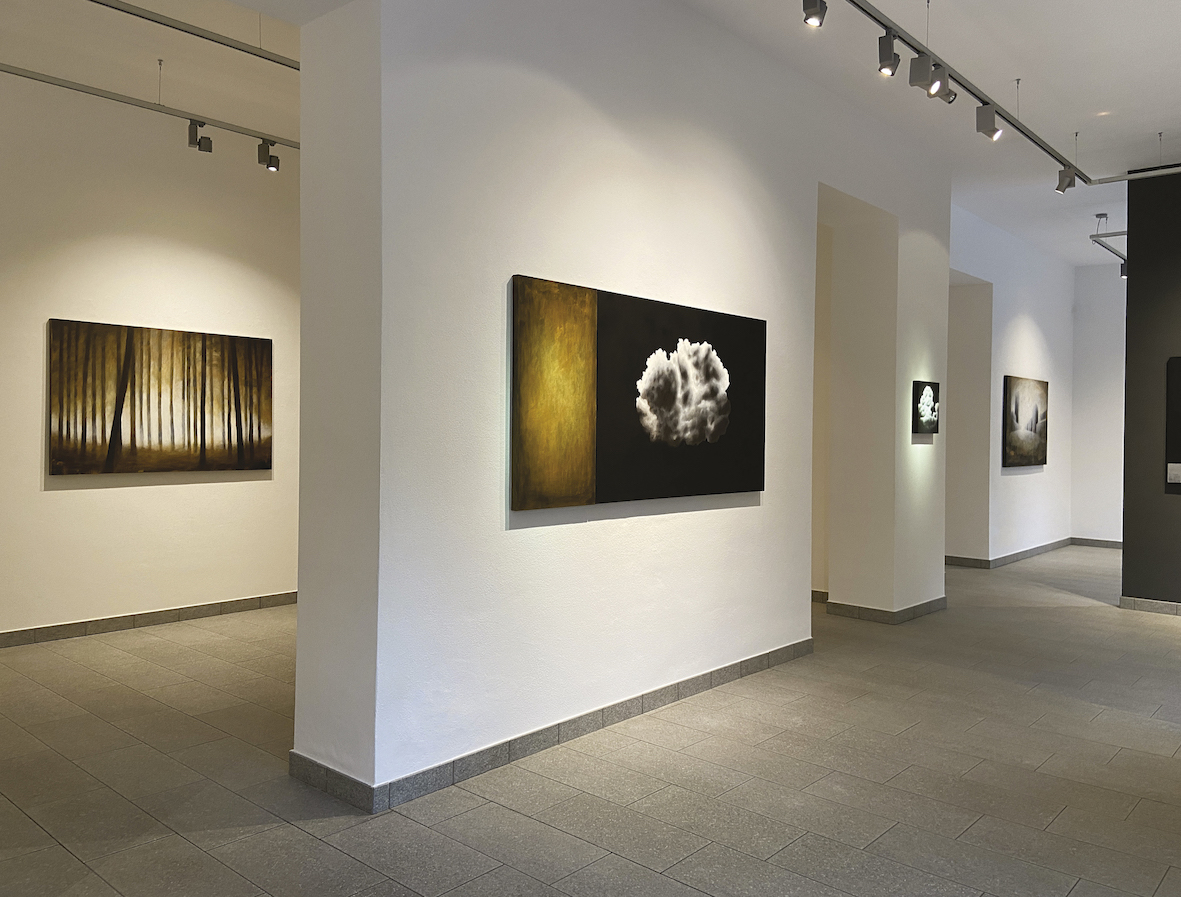 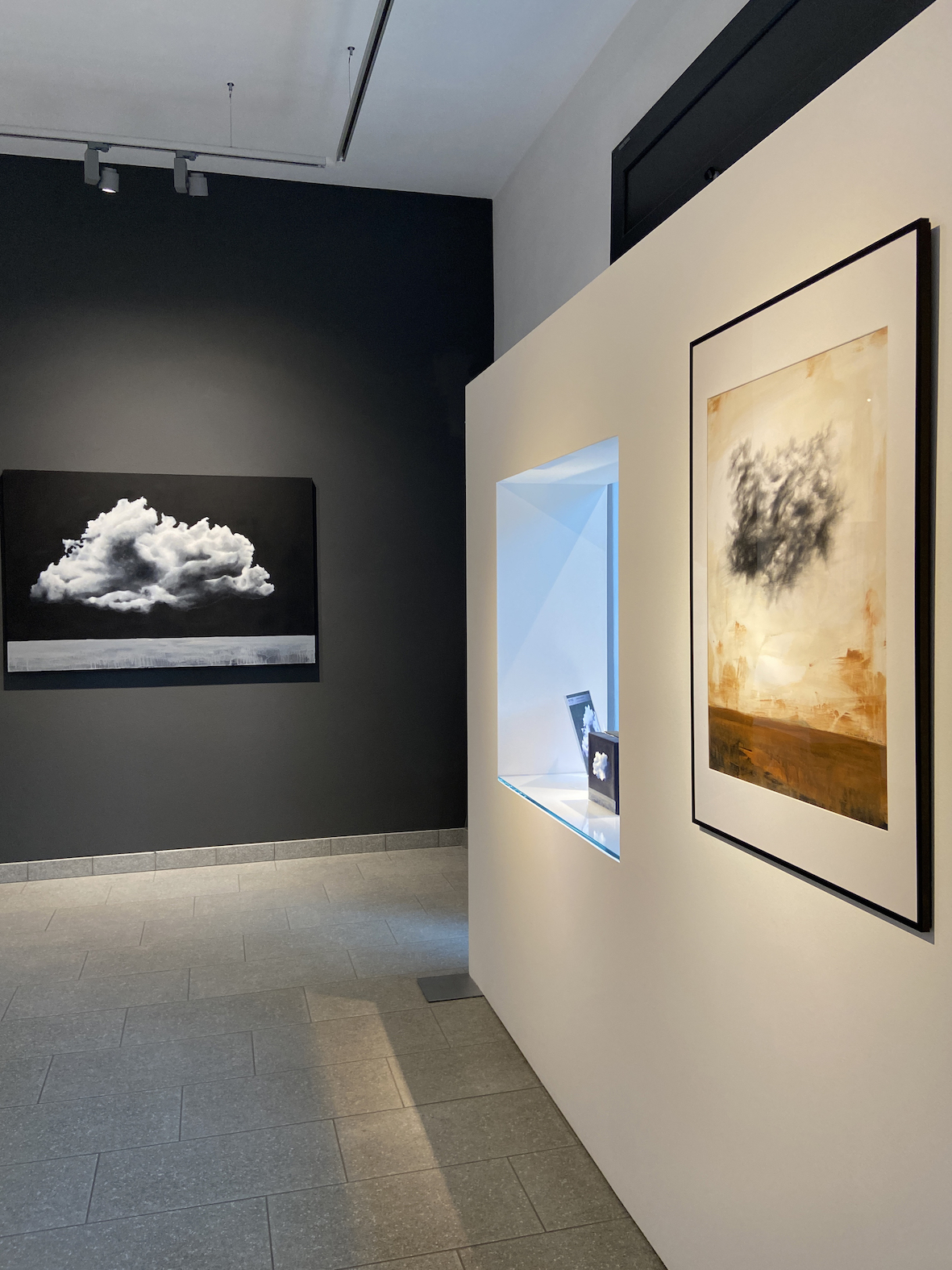 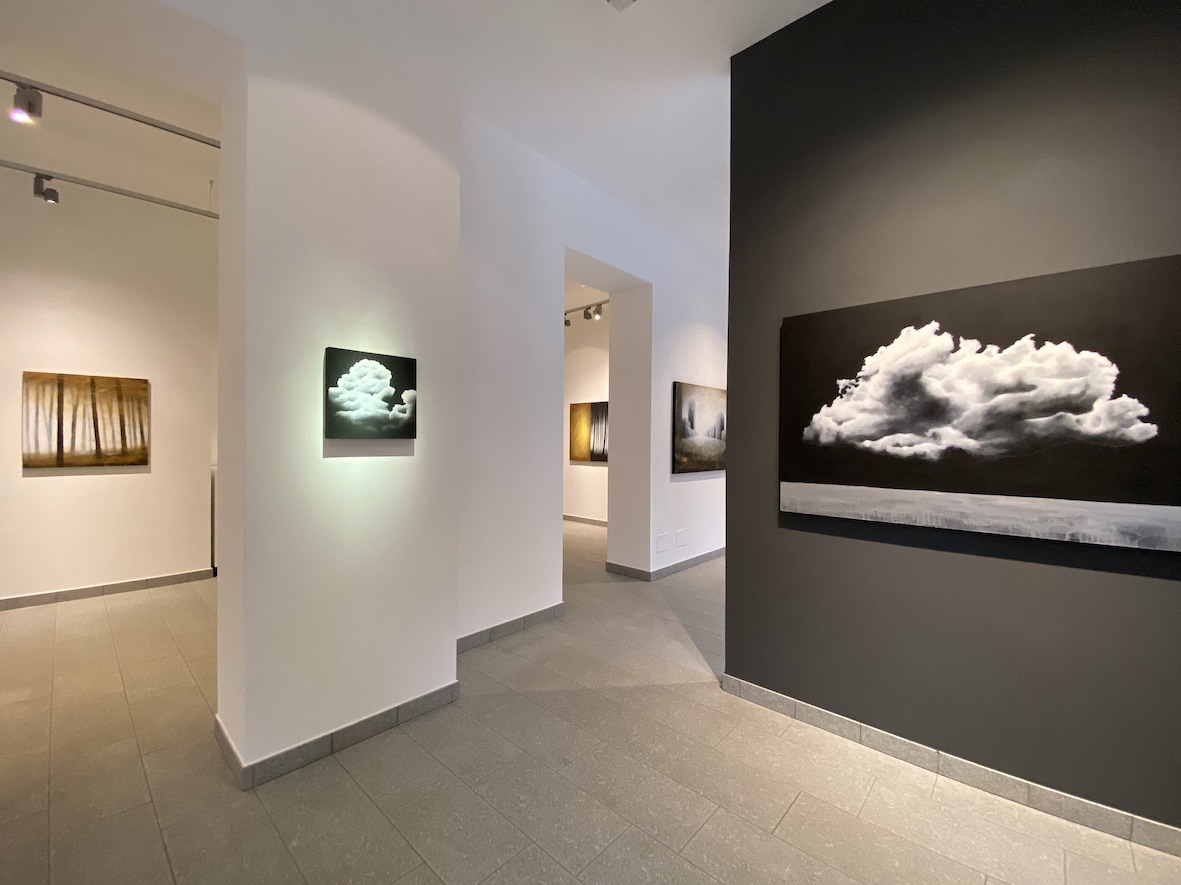 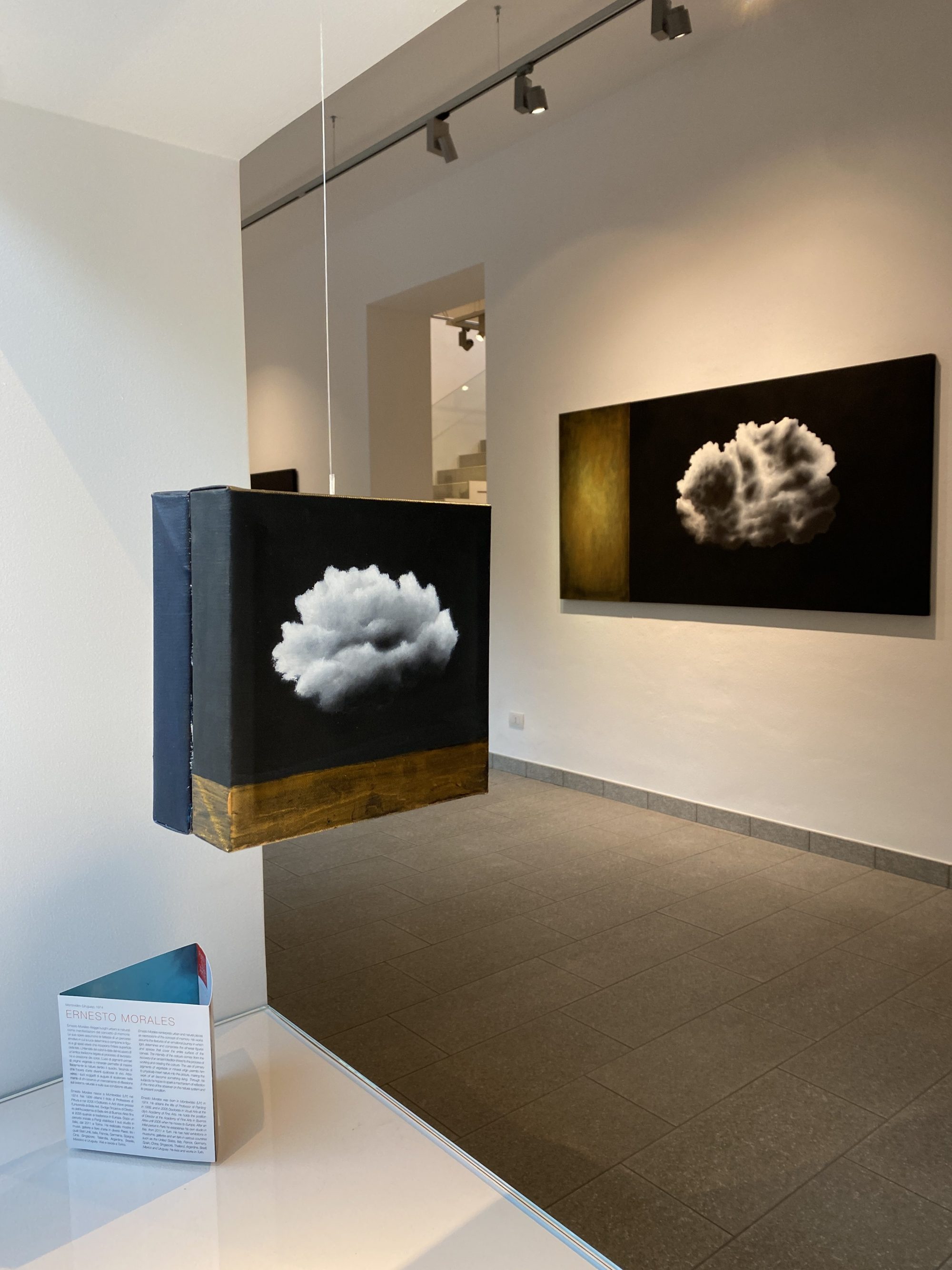 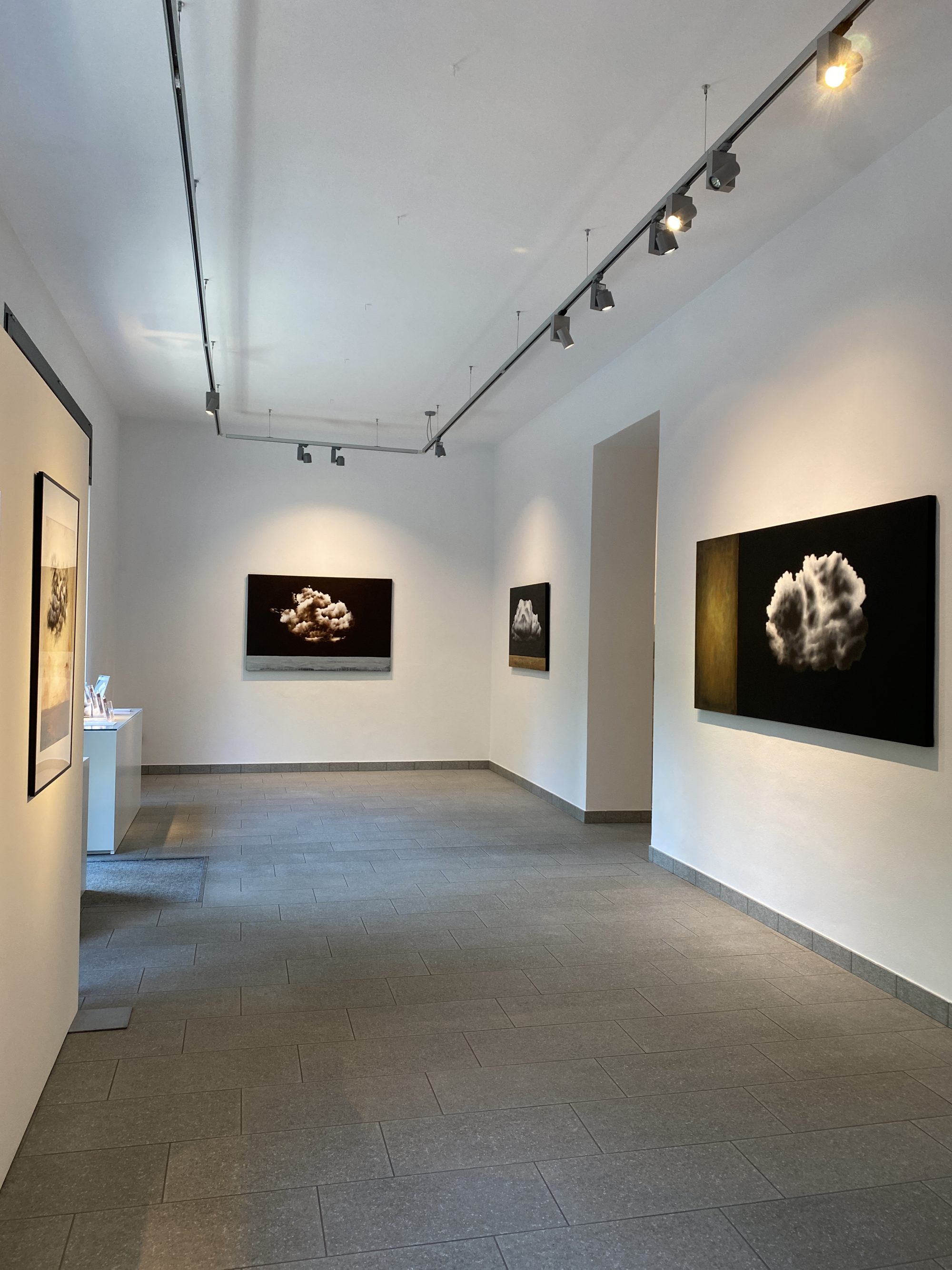 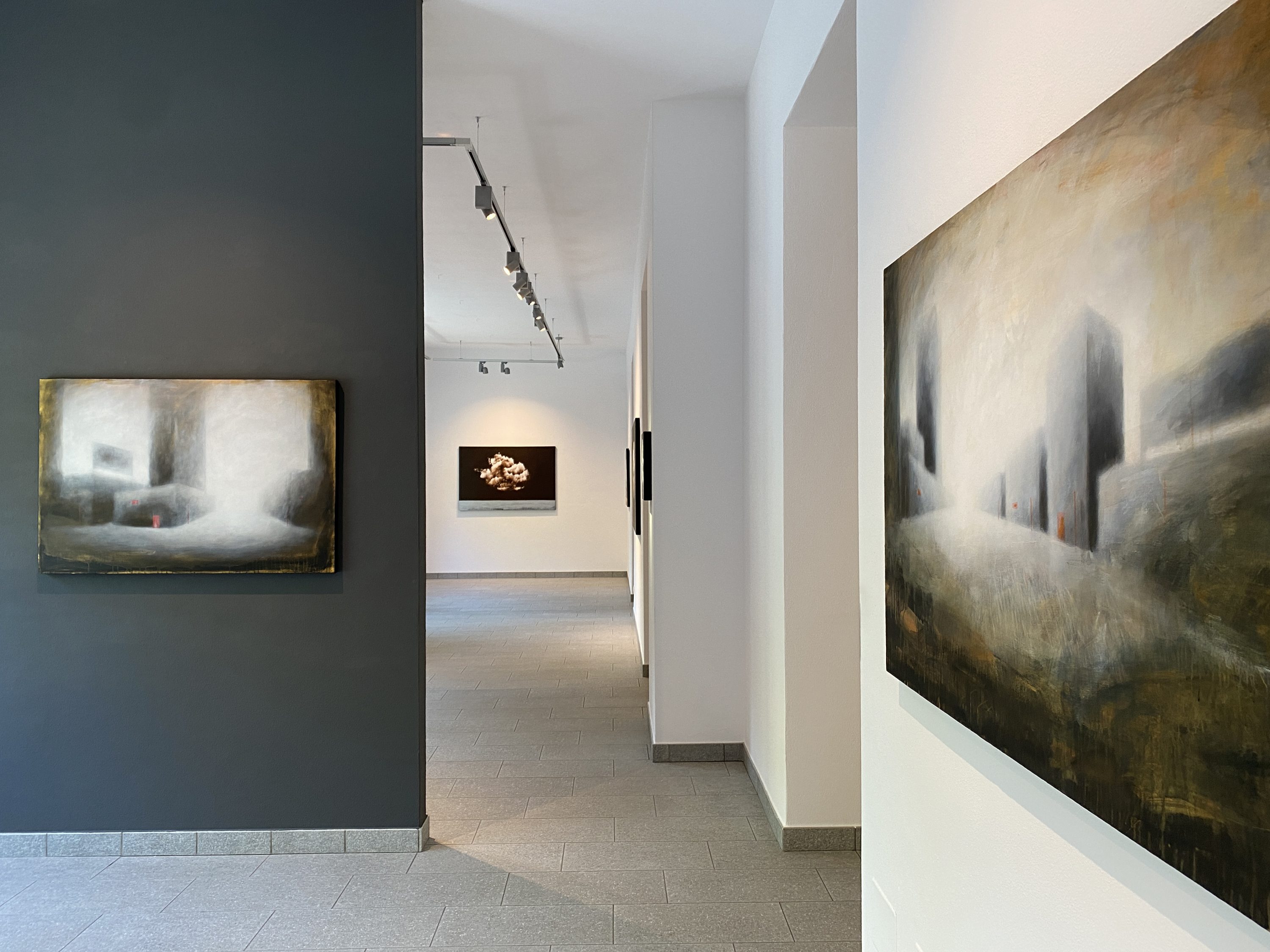 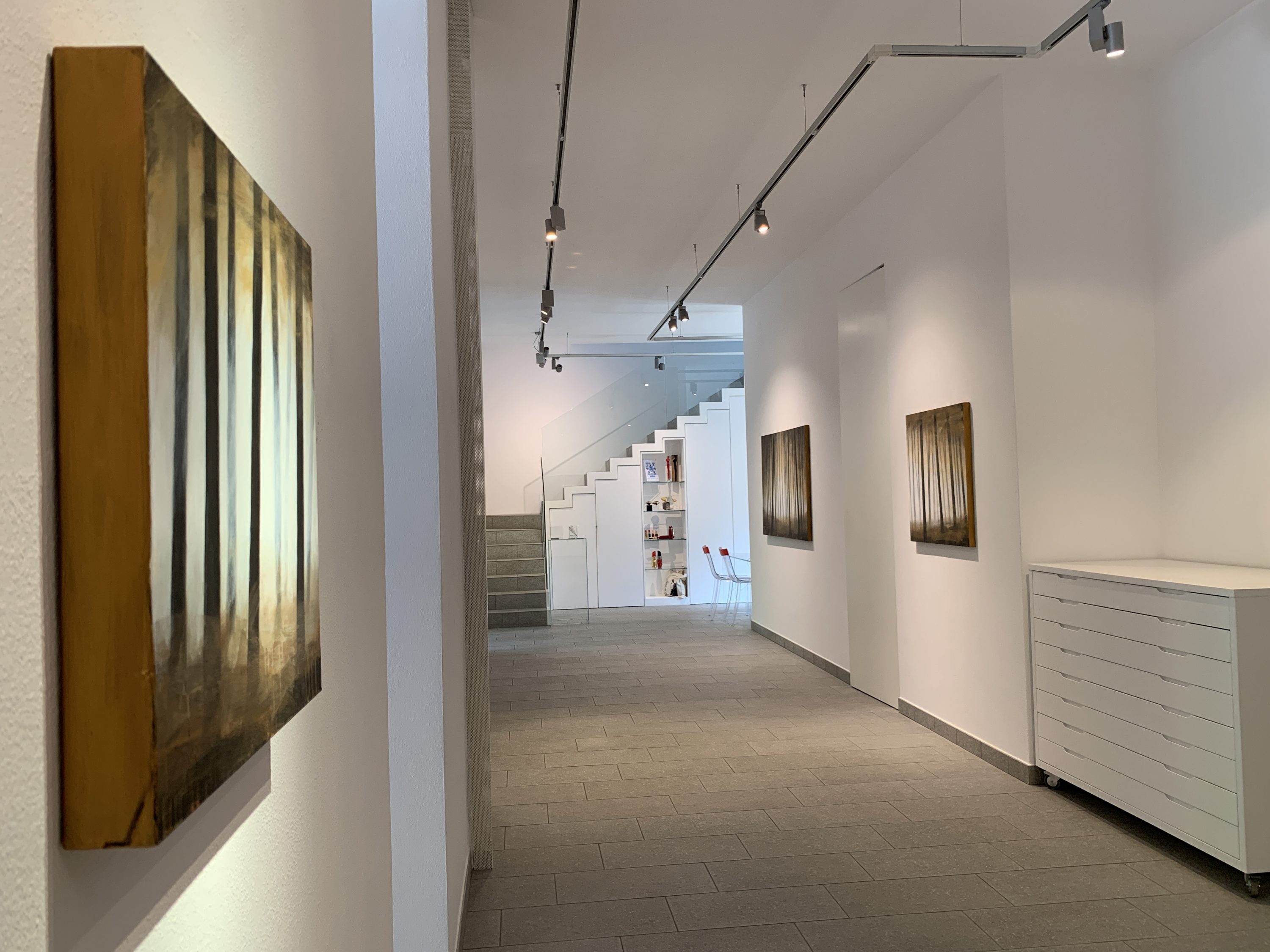 You're in: EXHIBITIONS | BEYOND LIGHT | Ernesto Morales

International artist with exhibitions worldwide to his name, ERNESTO MORALES inaugurates his first solo show at PUNTO SULL’ARTE – Viale Sant’Antonio 59/61- on SATURDAY, MAY 22 from 3 to 7 pm.

The Argentinian artist brings all three of his series together in one itinerary for the first time, series dedicated to Clouds, Urban Landscapes, and Forests. Each of the themes that Morales deals with is articulated like a narration, canvas after canvas, with the aim of inviting the audience to dwell on metamorphosis, on the evolution of reality, on the passing of time. A kind of constant meditation on form that makes him similar to the most contemplative artists: Claude Monet in his investigation of Rouen cathedral or Giorgio Morandi in his infinite variations on the theme of still life.

The clouds that are silhouetted against the dark background show us their elusive yet tangible nature, the dense and impenetrable forests that reveal secret lights at a distance, the cities vibrant with mists that invite us to explore their infinite perspectives are places of the mind and memory that push us towards a beyond, inside and outside of us.

In the reiteration of the image that seduces us in its small deviations of difference, Morales reveals that, beneath the surface of a refined and sophisticated figuration, he is a deeply conceptual painter. A conceptualism that also involves the materials. In fact the artist creates the colours he uses himself, obtaining them from minerals and plants that he collects during his travels; he only uses natural materials, therefore, convinced that if the painting is to speak of nature it must do so using nature itself as a raw material.

The OPENING RECEPTION of his solo exhibition, entitled BEYOND LIGHT, will be held on SATURDAY, MAY 22, from 3 to 7 pm at PUNTO SULL’ARTE – Viale Sant’Antonio 59/61, Varese.

The exhibition is accompanied by a BILINGUAL CATALOGUE created by PUNTO SULL’ARTE containing curator Alessandra Redaelli’s critical text and the reproduction of the exhibited artworks. The artist will be present for the Opening Reception on Saturday, May 22. All visitors are invited to bring headphones and a smartphone for listening to the critical text and watch audio-visual equipment by using QR codes.

The event is organized in compliance with the health regulations issued by Italian Government and the access to the Gallery will be limited. It is recommended to book a time slot from 3 to 7 pm for visiting the exhibition and avoiding waiting times.

ERNESTO MORALES (Montevideo, Uruguay, 1974) The Italo-Argentinian artist Ernesto Morales was born in 1974 in Montevideo, Uruguay, and began his career in Buenos Aires where he lived until 2006 and then moved to Europe. After a first period in Paris he established his studio in Italy, initially in Rome and from 2011 in Turin. During the training period in Buenos Aires, in 1999 he obtained the title of Professor of Fine Arts and in 2005 he obtained a Doctorate in Visual Arts from the Universidad de Bellas Artes. From 1999 to 2006 he taught Painting and History of Art at the Universidad de Buenos Aires and held the position of Director of the Academia de Bellas Artes de Buenos Aires. His artistic career has led him in the last twenty years to carry out exhibitions in museums and art galleries in many countries, including the United States, Italy, France, Germany, Spain, Hungary, China, Singapore, Malaysia, Thailand, Argentina, Brazil, Mexico and Uruguay. He has participated in many international fairs and between 2009 and 2015 he institutionally represented the Governments of Italy, Argentina and Uruguay with a series of important solo exhibitions held in various museums. Since 2013, he has regularly exhibited in the United States and in Southeast Asia. In 2014 he participated in important exhibitions in Singapore, Bangkok and Kuala Lumpur, and in 2015 he was protagonist of an important solo show in New York City at the General Consulate of the Republic of Argentina. In 2019 he took part in the 58th edition of La Biennale di Venezia, with the exhibition “Heat“.  And, in the same year, after the exhibition “Mindscapes”, held at the Consulate General of Argentina in New York, the catalogue of the series Clouds was acquired by MET – Metropolitan museum of Art di New York. In recent years, many monographic volumes have been published dedicated to his work, including: “Memoria dell’impermanenza” (Cuneo – New York, 2019), “Il Tempo della Distanza” (Genoa, 2010), “The invisible bridges” (Singapore, 2014), “Traces of memory” (New York, 2015), “The day as the night” (Turin, 2015), “Distance” (Milan, 2016), “Aurum” (Milan, 2017), “Mari migrants “(Rapallo, 2012). The artistic research of Ernesto Morales is characterized by a strong commitment aimed at investigating issues related to impermanence, memory and distance through the pictorial elaboration of both elements drawn from nature captured in their symbolic dimension, and dreamlike urban landscapes enveloped by silence of metaphysical atmospheres. He lives and works in Turin. 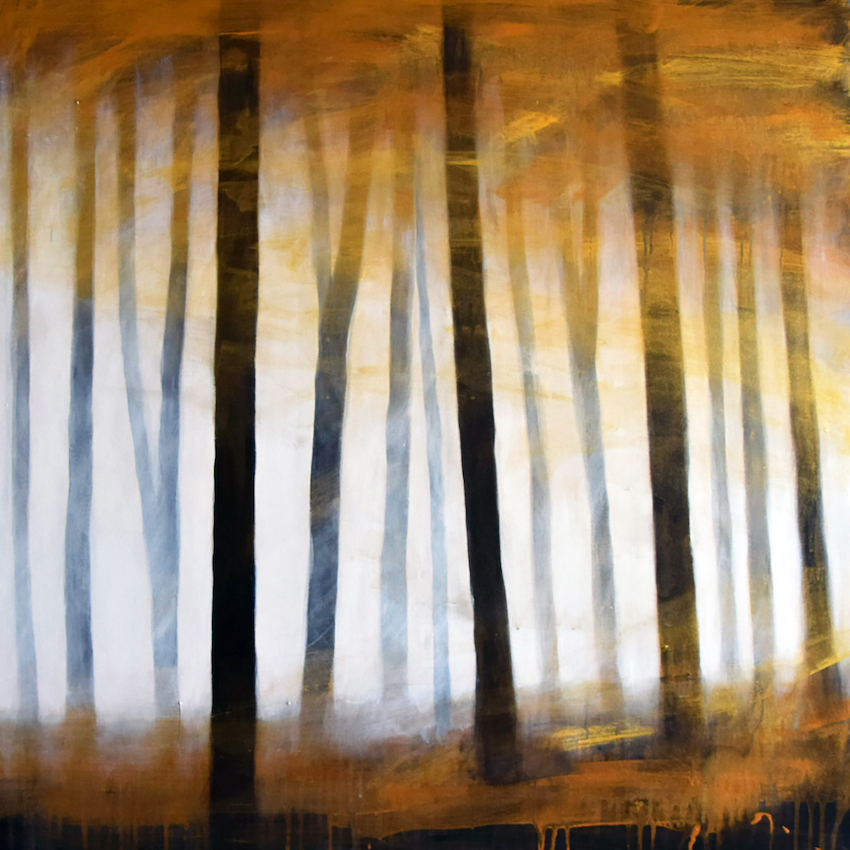 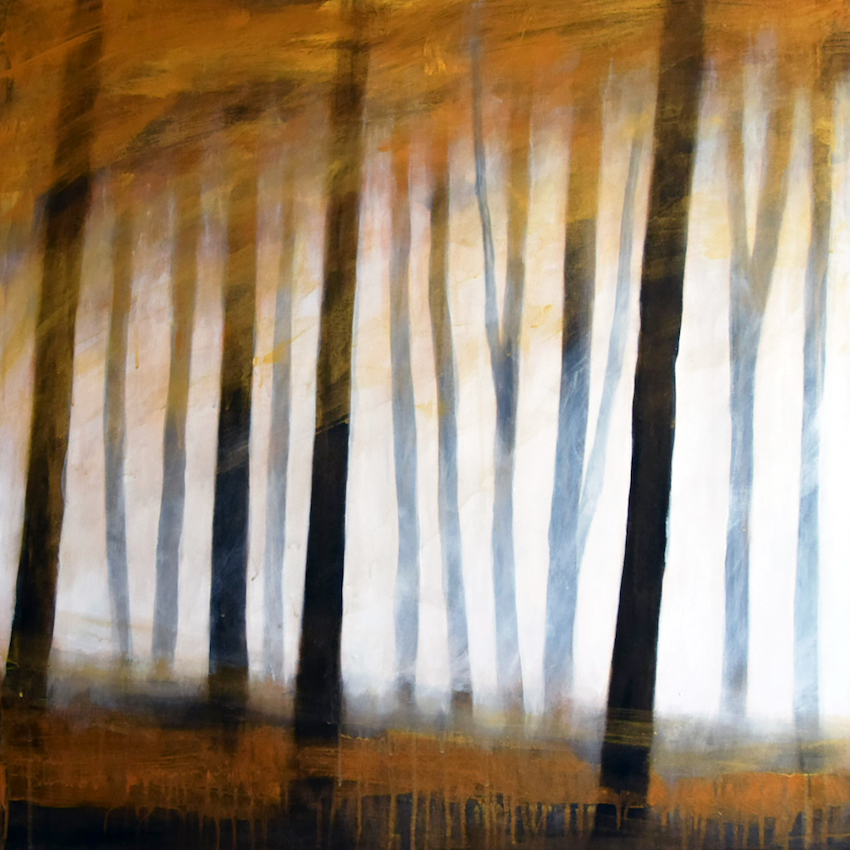 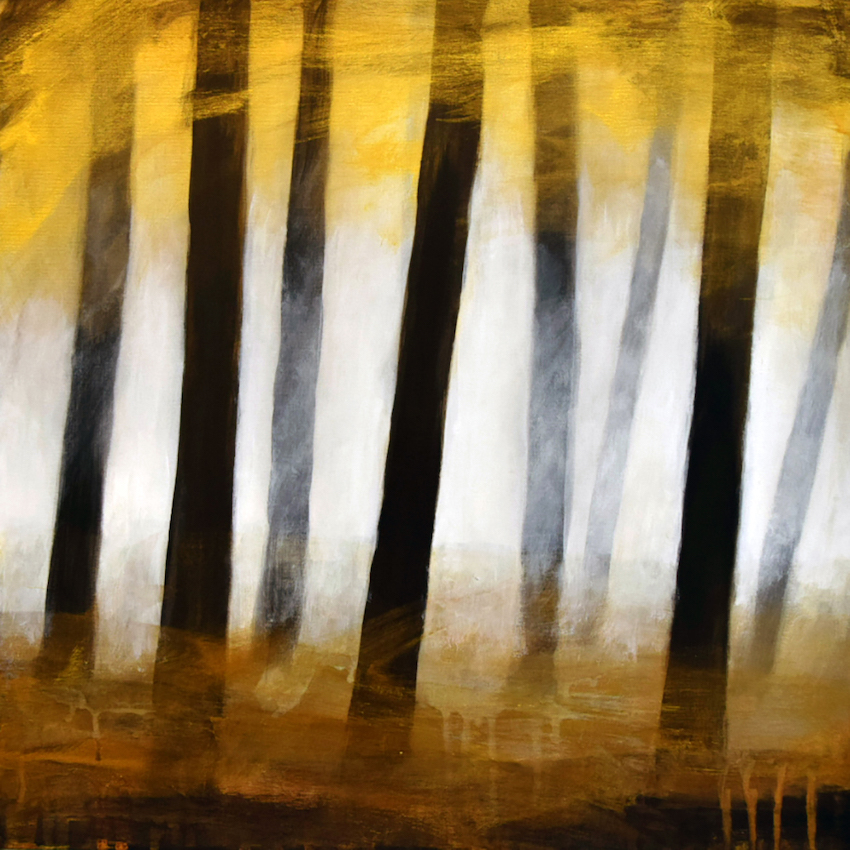 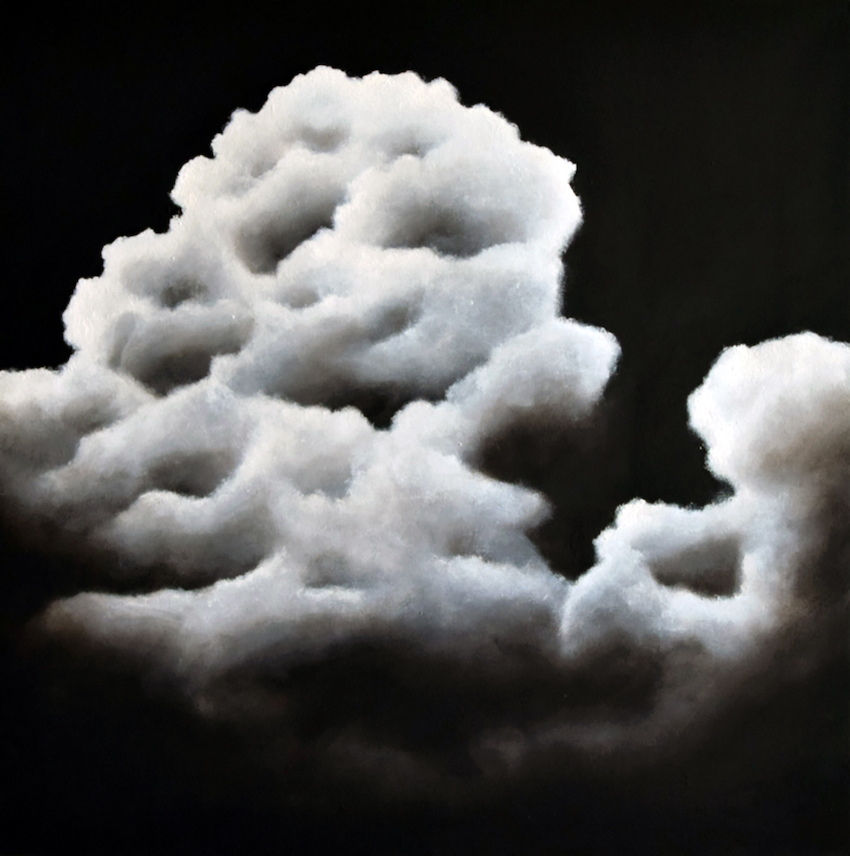 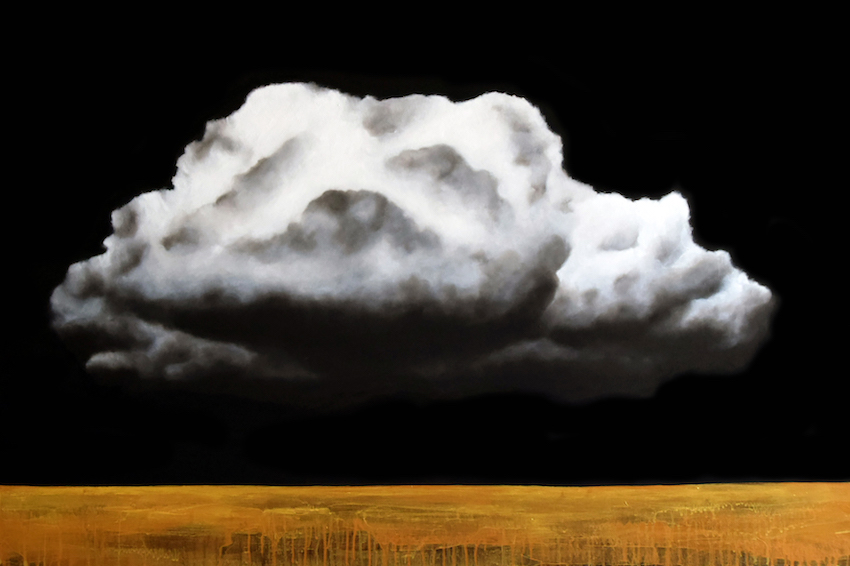 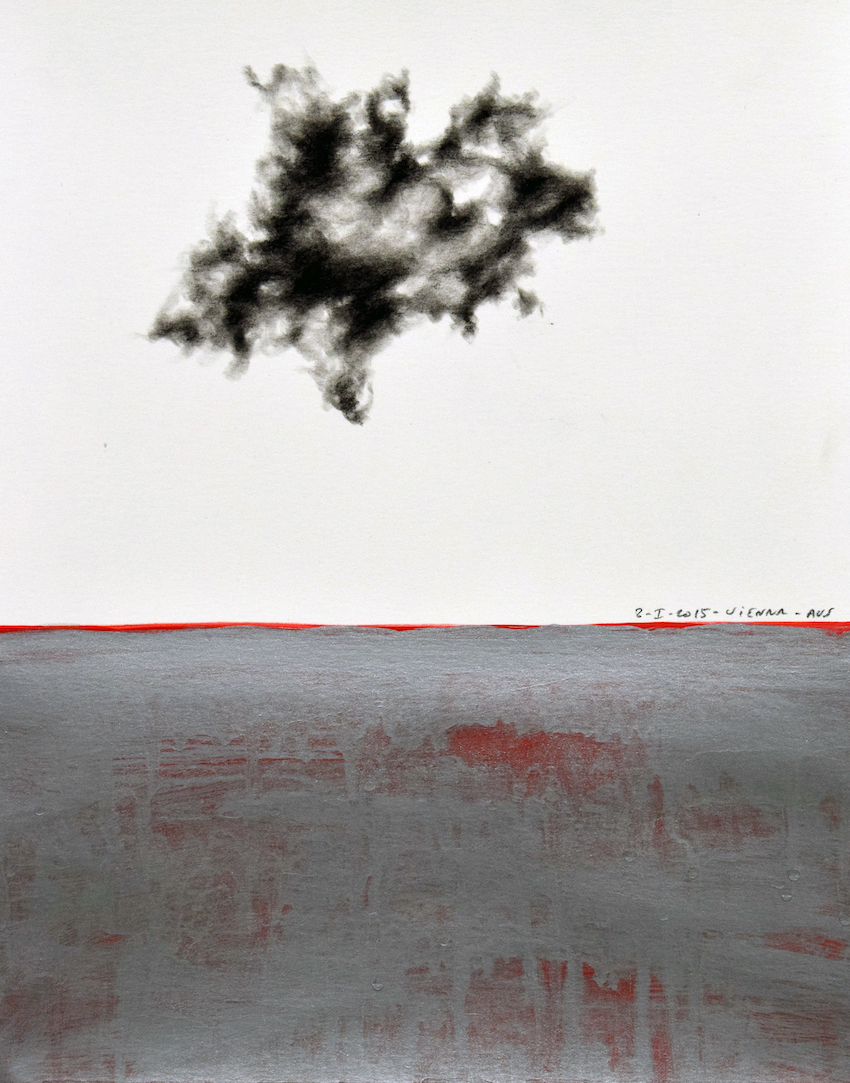 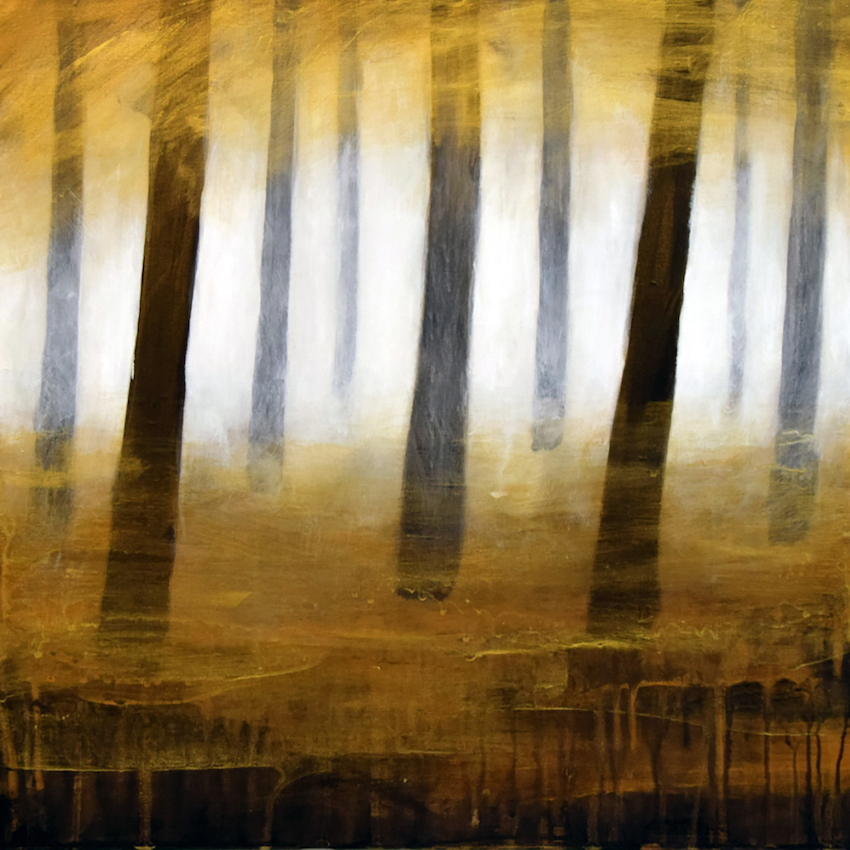 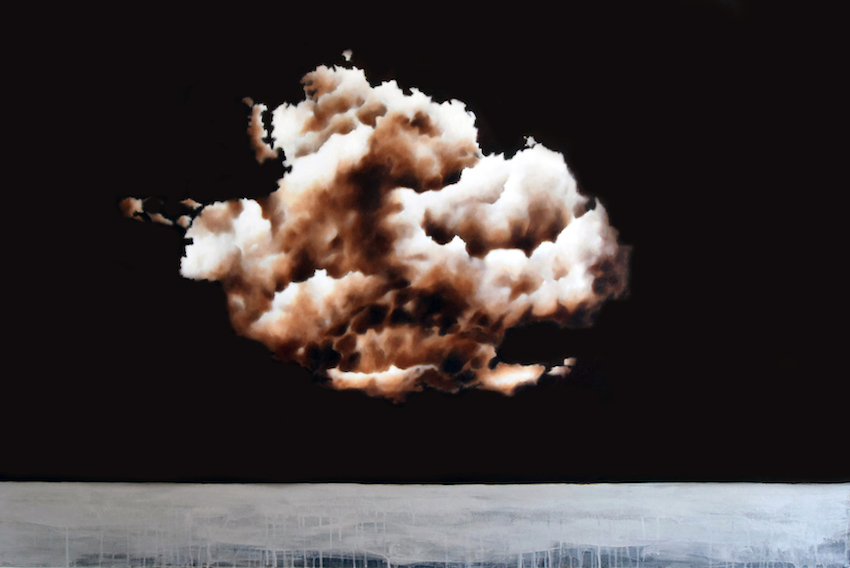 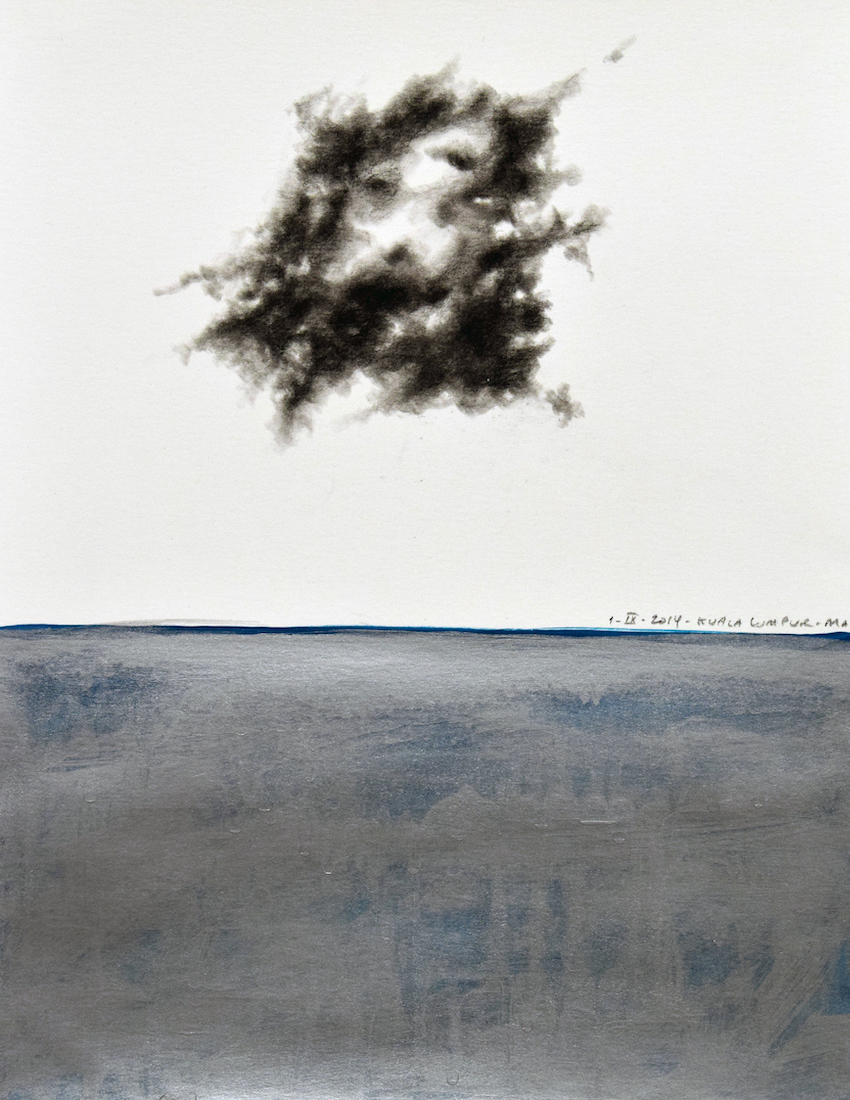 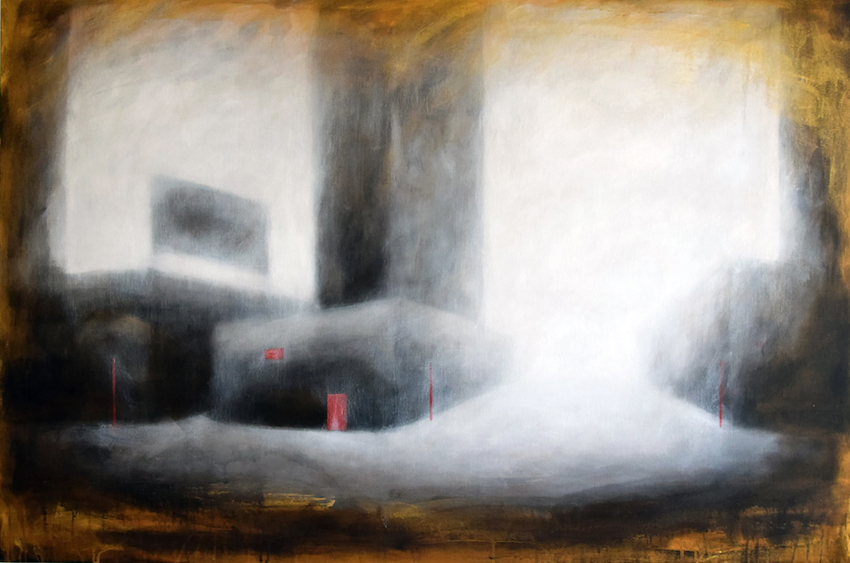 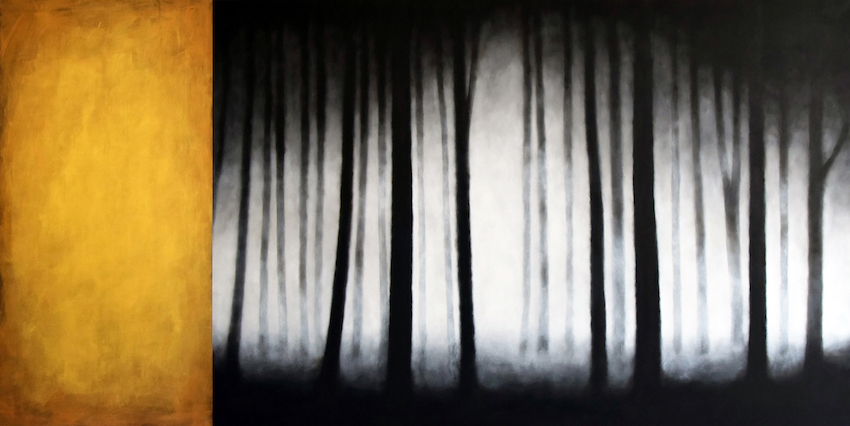 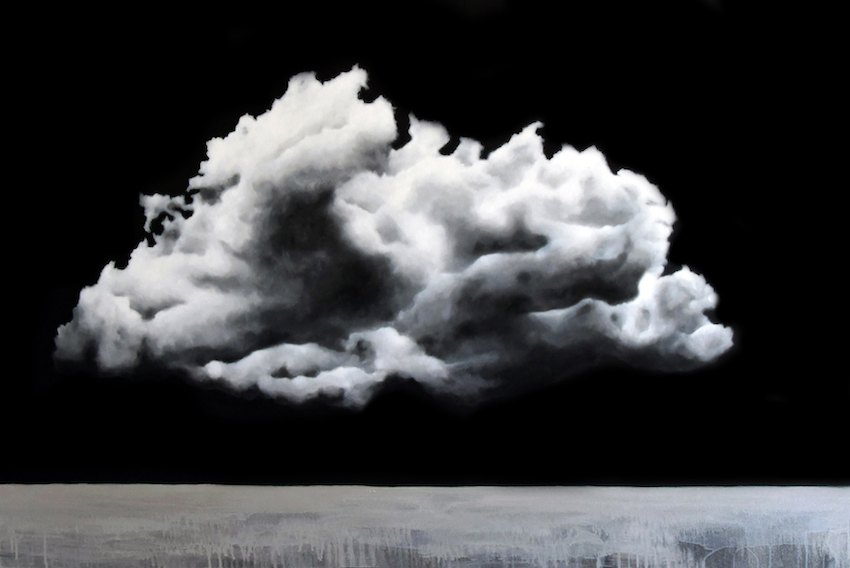 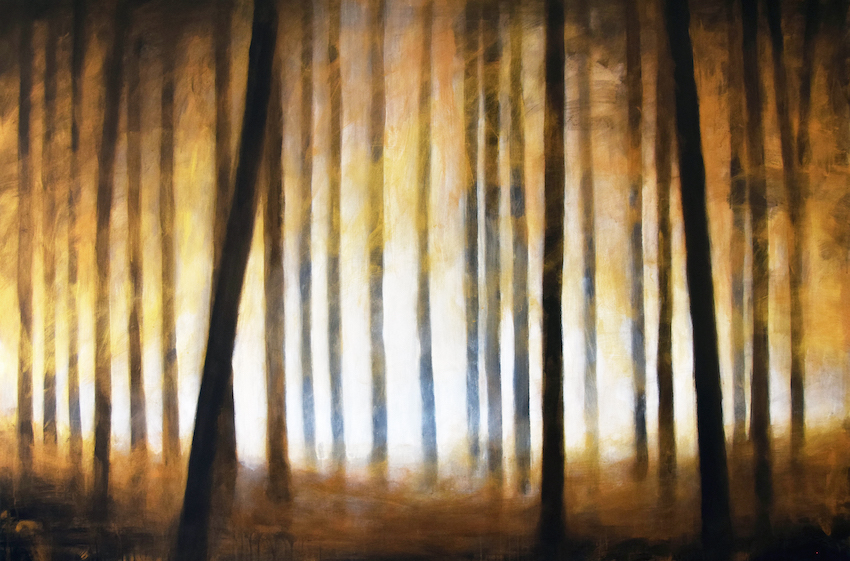 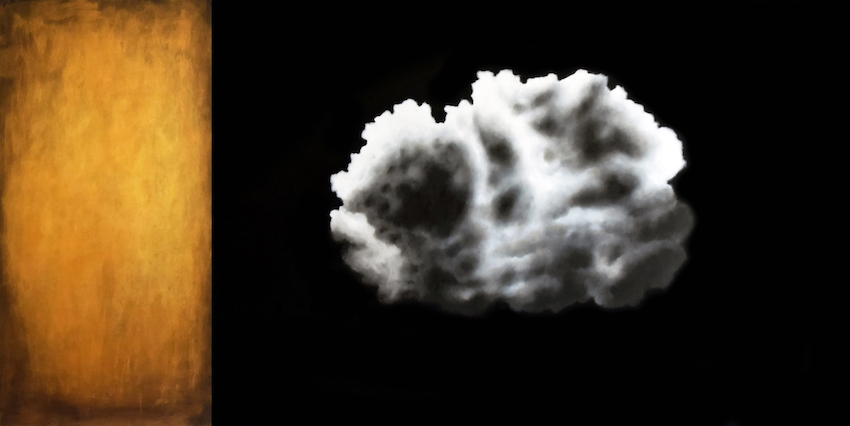 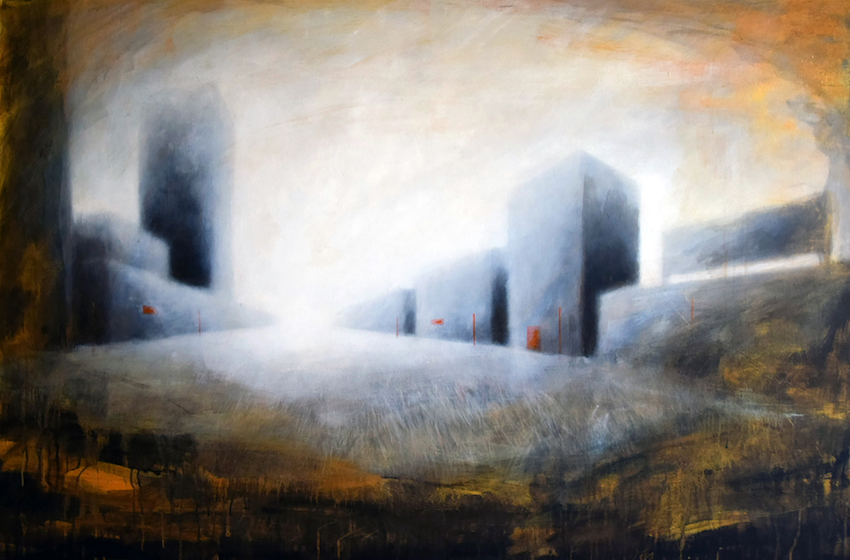 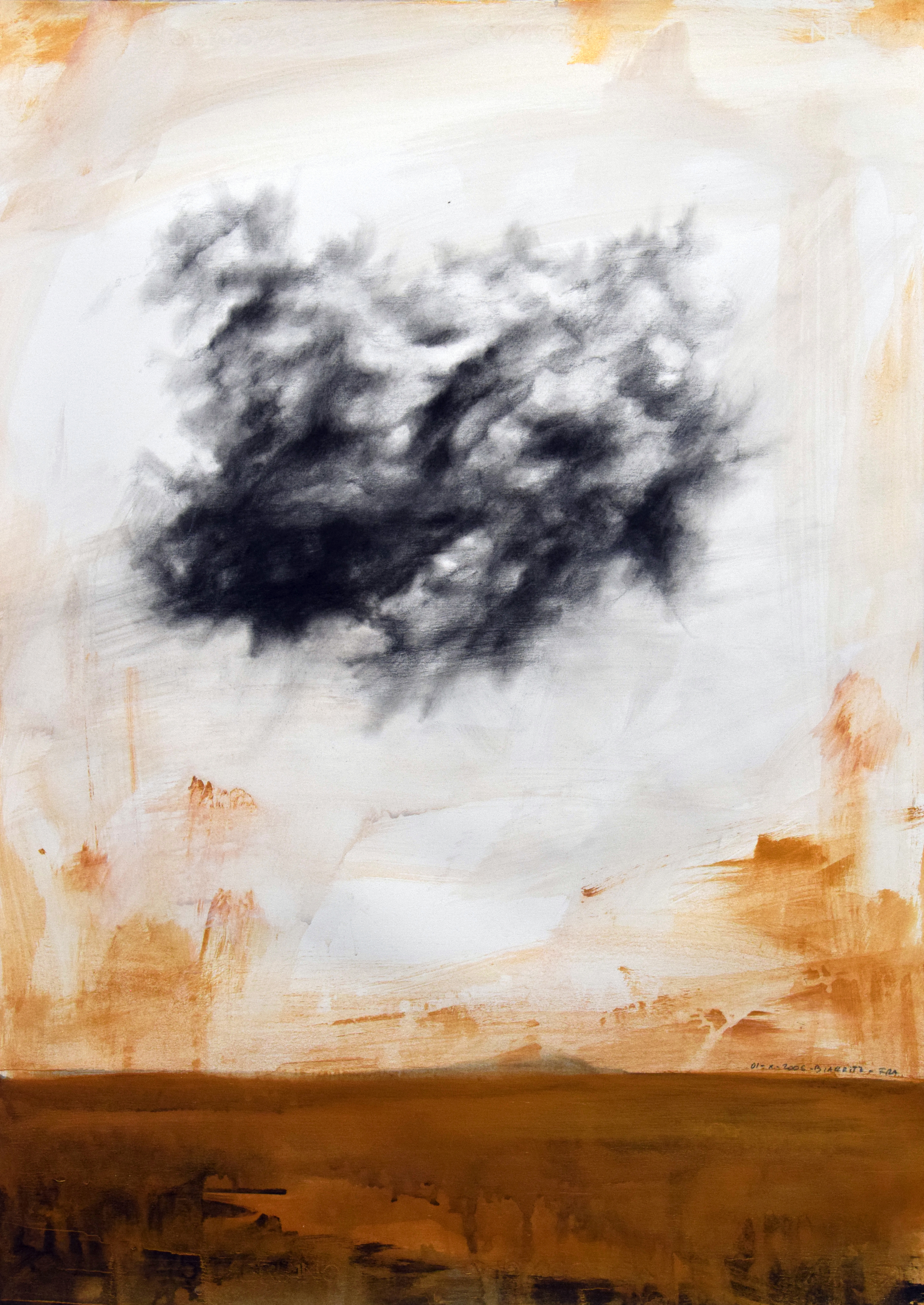