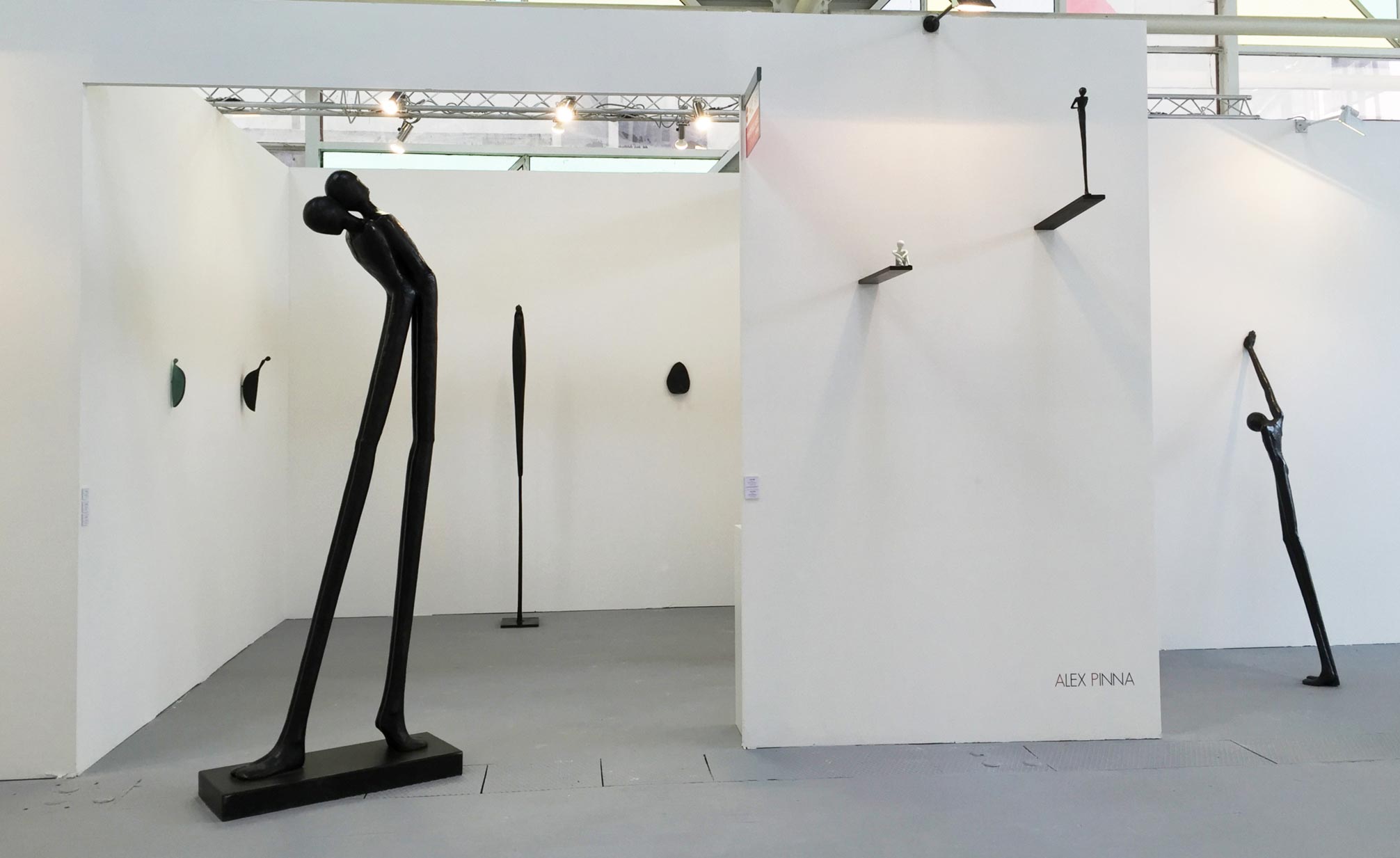 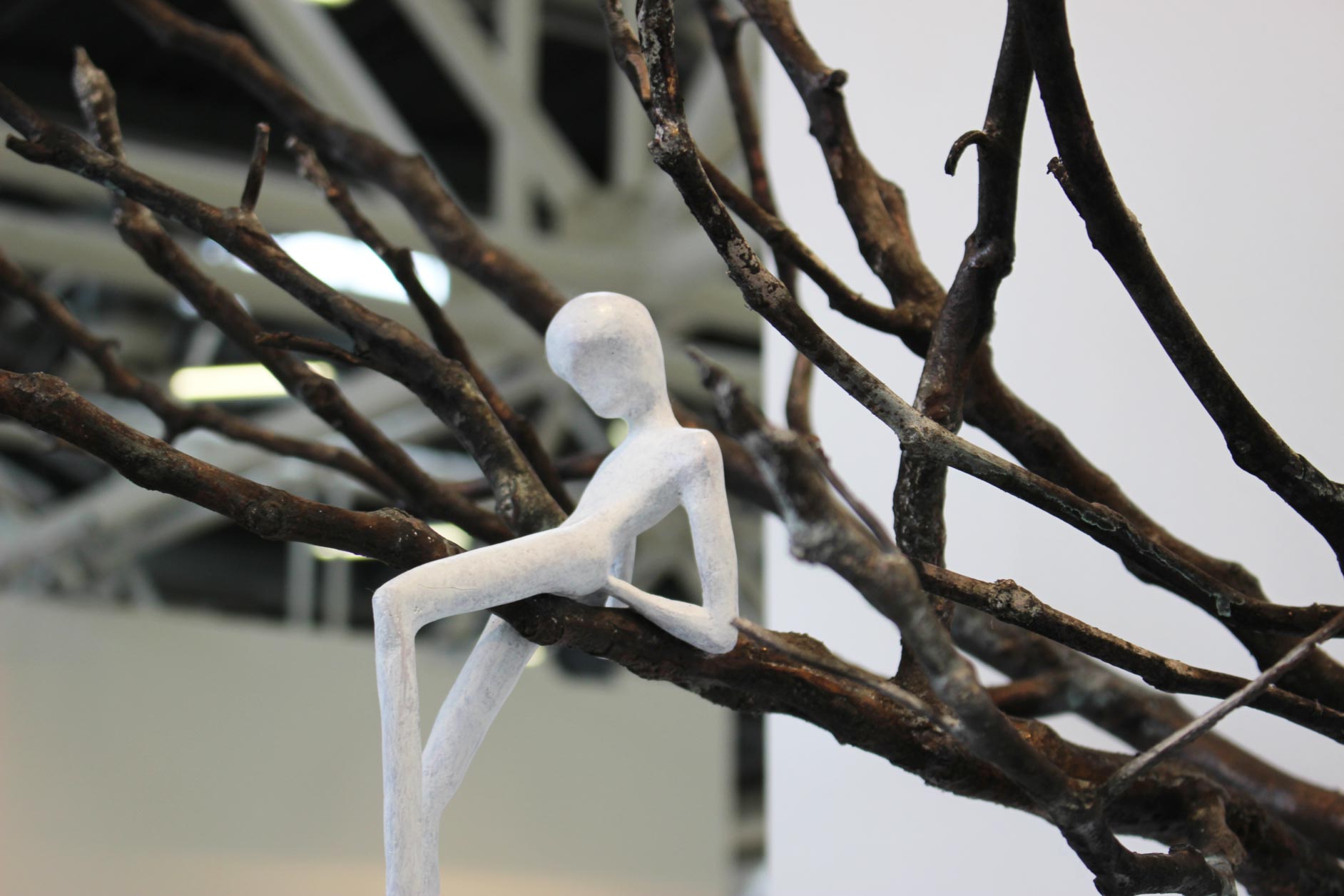 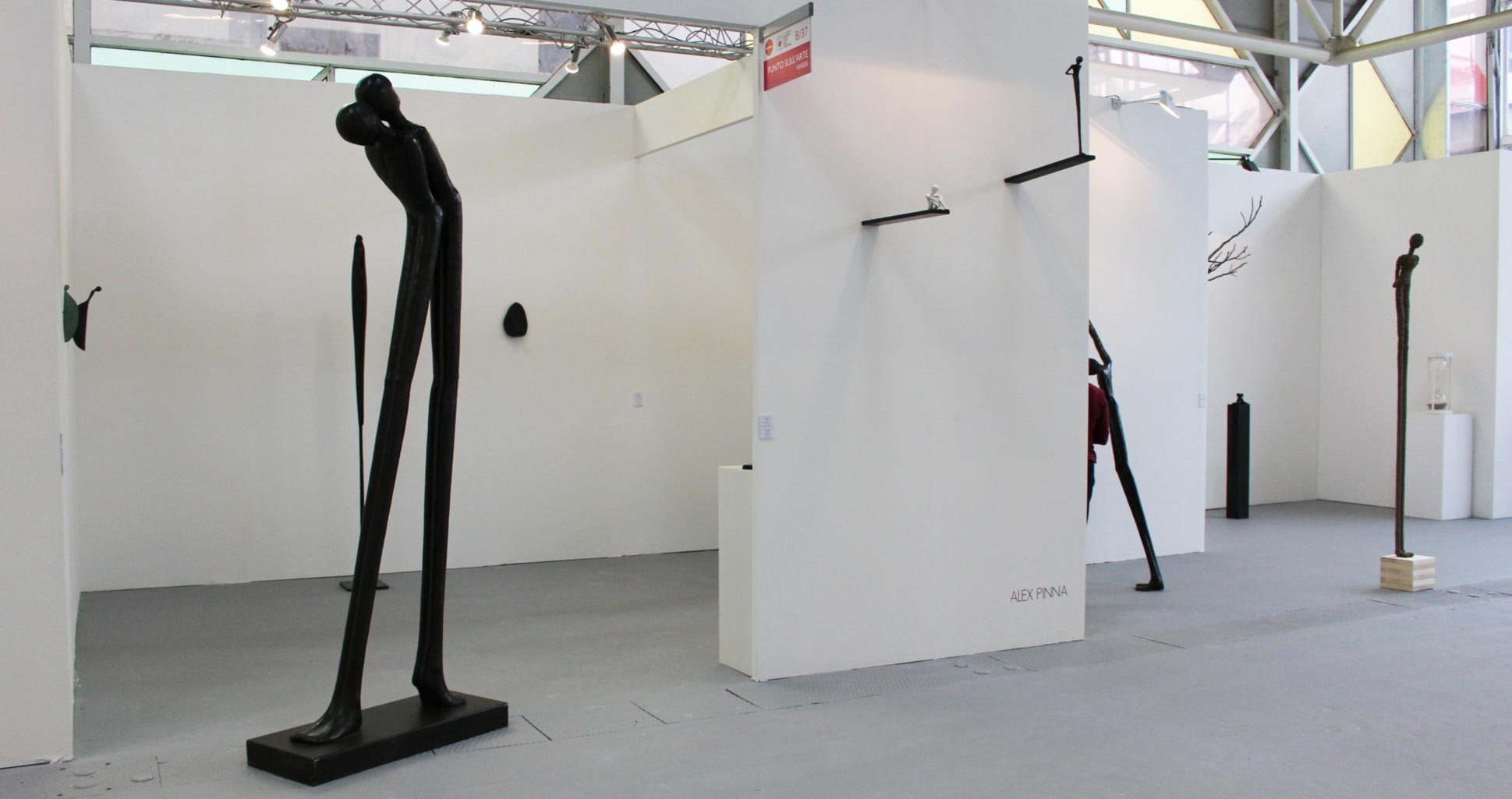 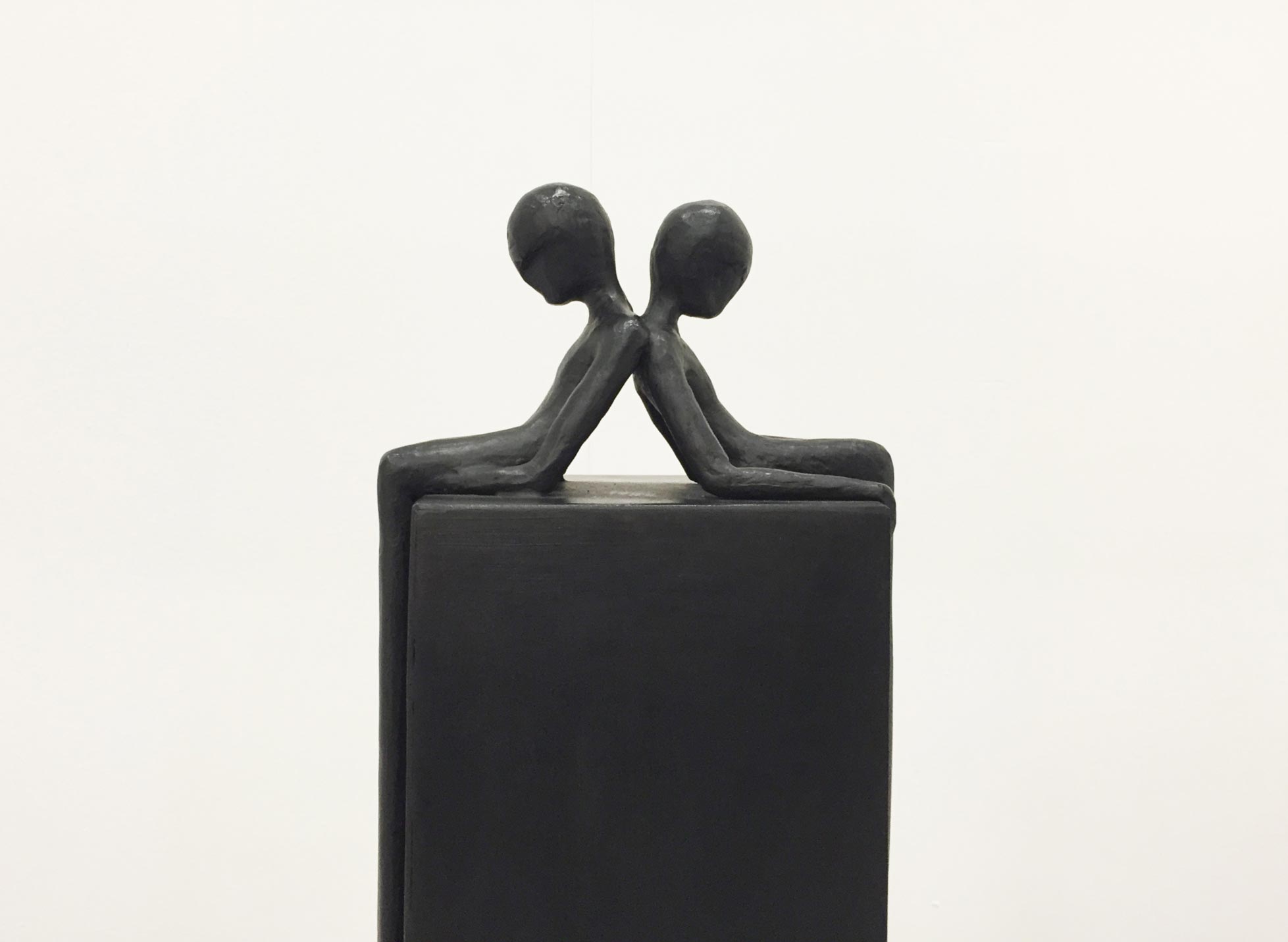 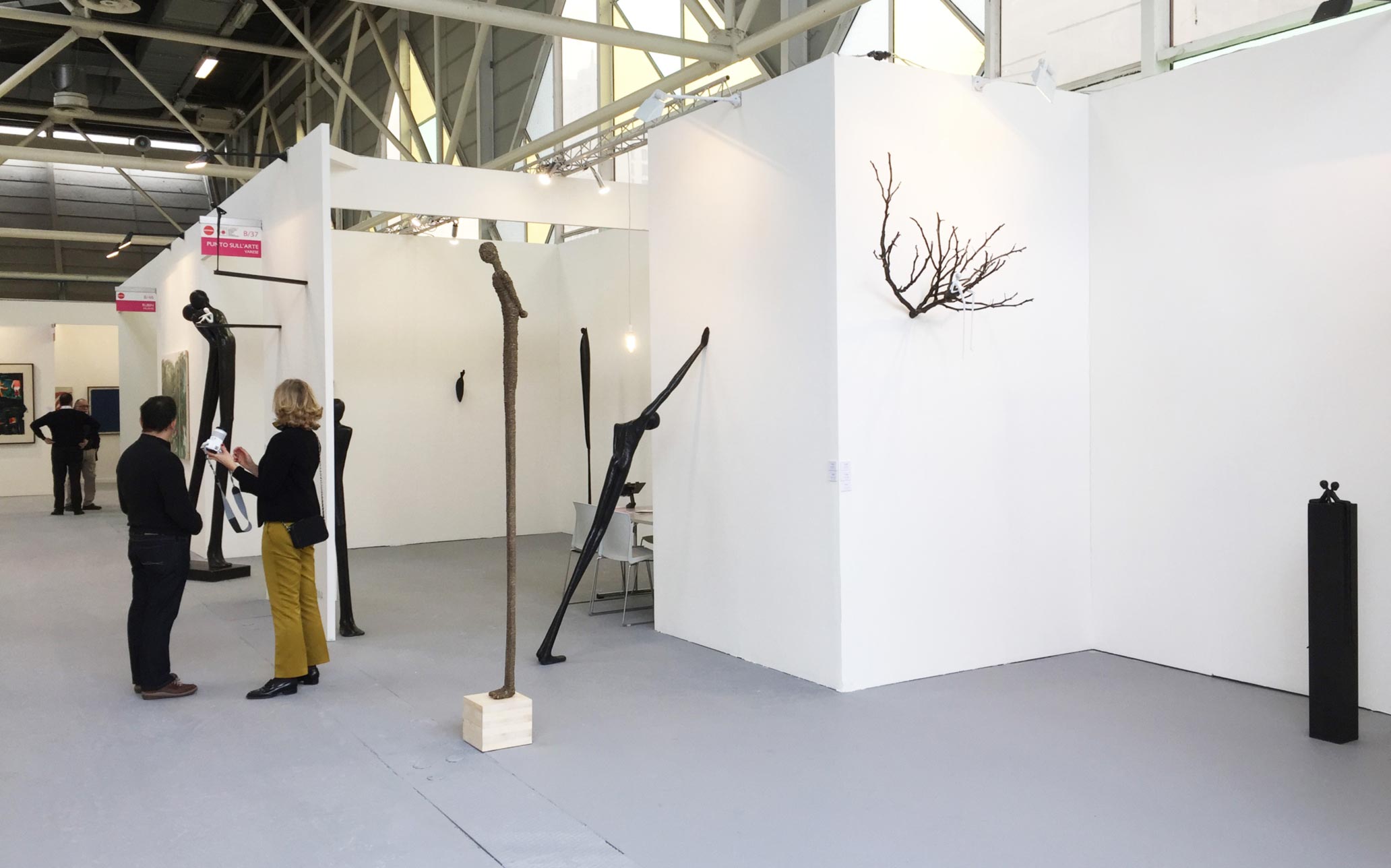 ALEX PINNA - THE WAY TO GET LOST

After having been the first to present to the audience, last year, the new artworks by Alex Pinna, inspired by the vegetal world from the series Lost, found and lost, the Gallery PUNTO SULL’ARTE is now proposing, for the 2016 edition of ArteFiera Bologna, a solo show by the artist.

The project The way to get lost was born from the desire of dealing with the current issue of man’s uncertainties, a subject which Pinna perfectly embodies through his light yet deeply significant works. His rope characters – the ones which have represented his signature for a certain period – together with the trampolines and the huge bronze figures describe a precarious humanity, in search of a balance. Tiny, fragile figures, seasoned with contemporary irony, like the quick and immediate comic graphic, which seems to encourage an easy and positive approach to life.

Hope could probably be found within rediscovered and owned Nature, as incarnated within the works from the series Lost, found and lost where the human body hybridizes with plants. Read the catalogue