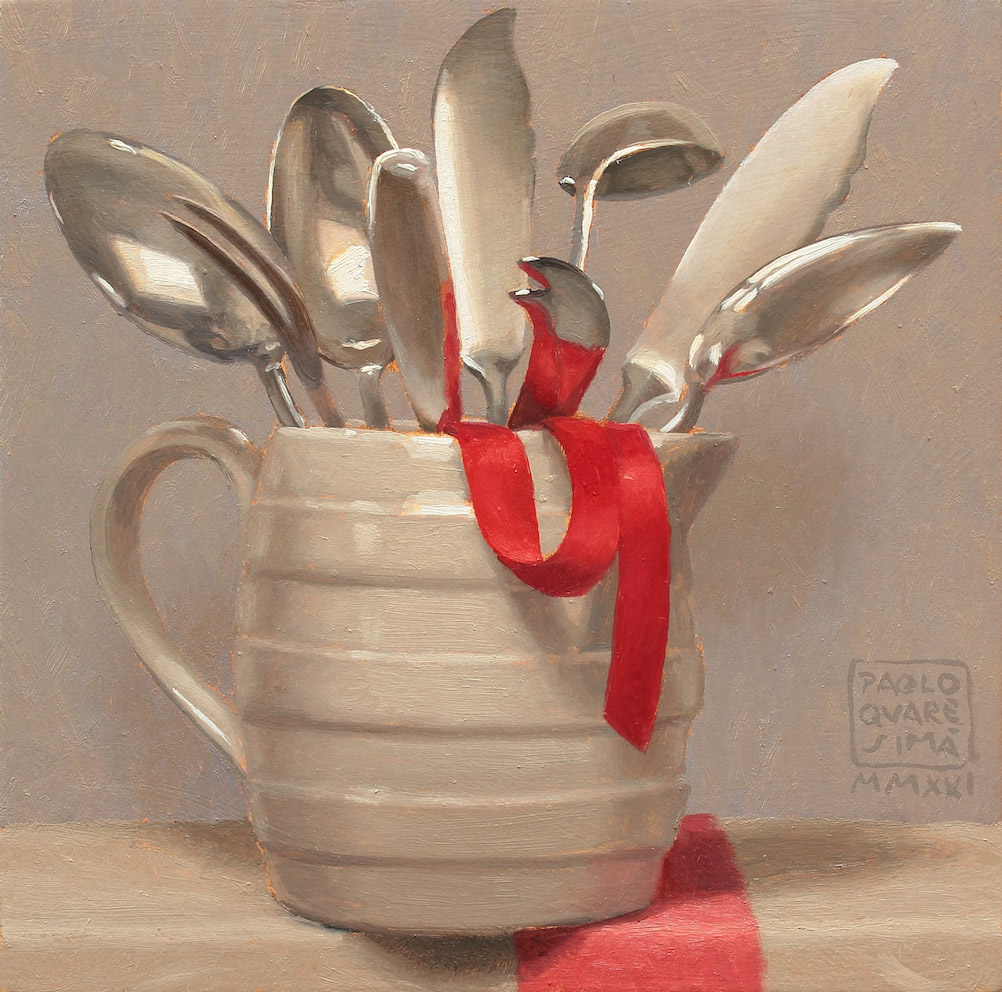 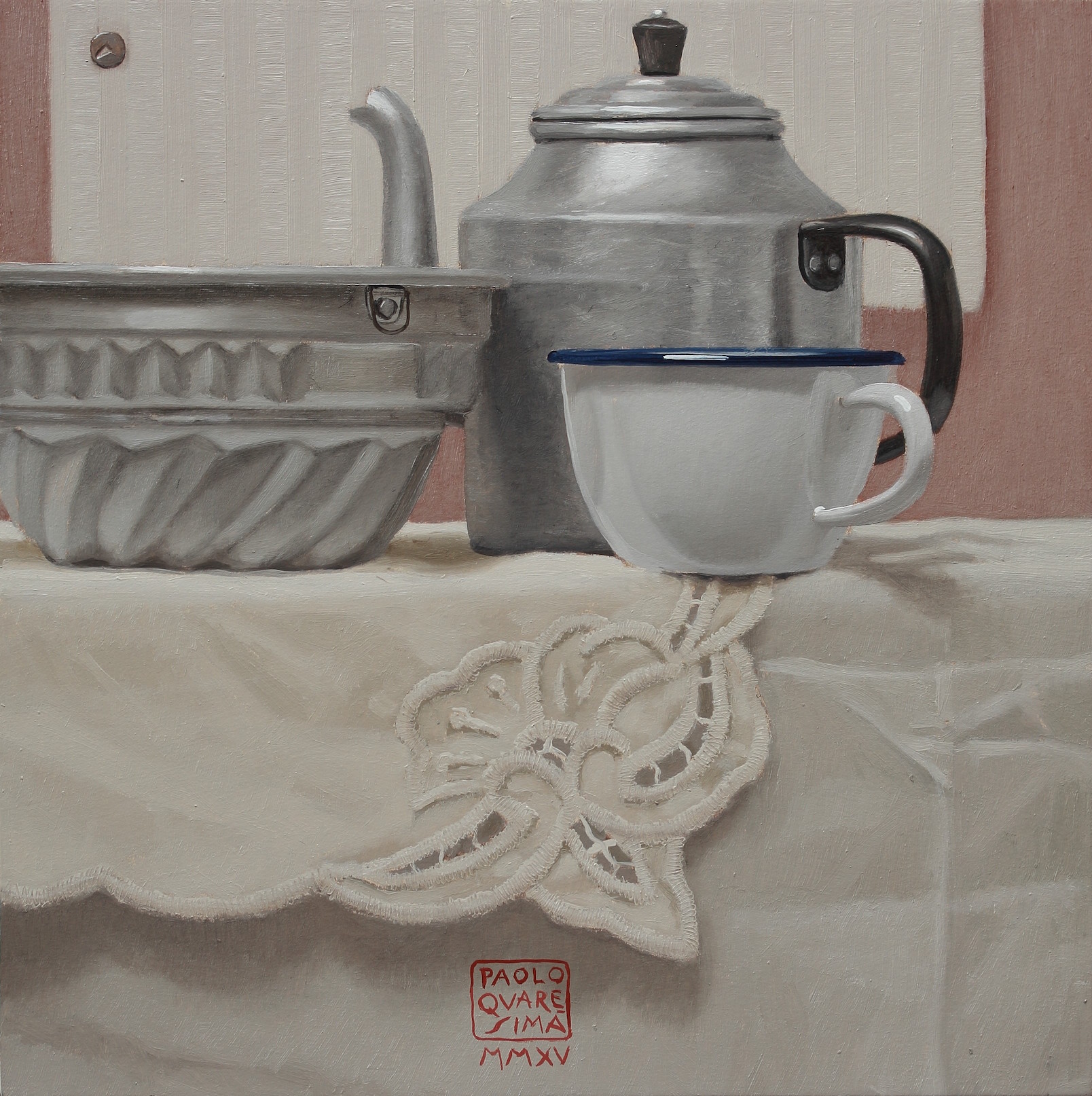 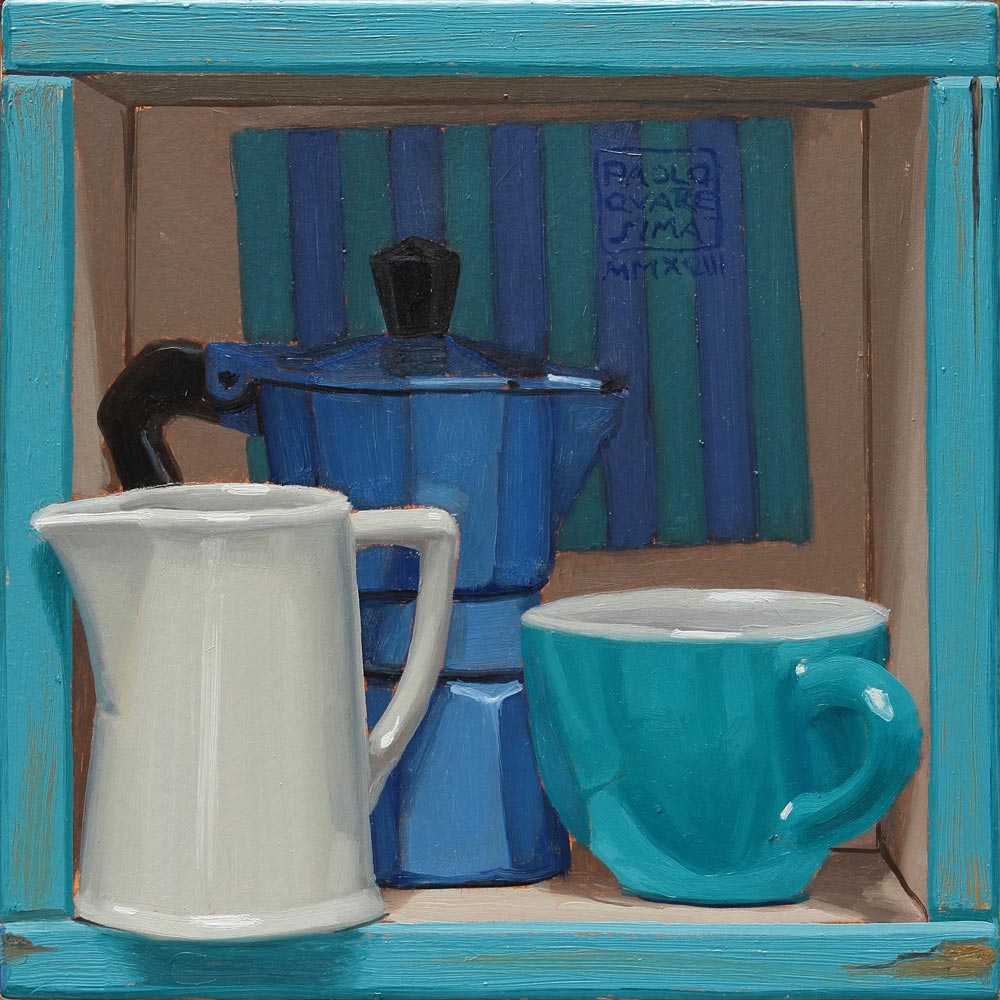 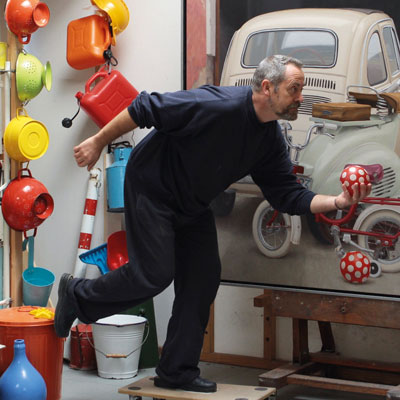 Incomparable cantor of the little details of everyday life, Paolo Quaresima seizes daily objects and materials with the ability of a magician. Shiny metal, chipped porcelain, glimmering glares upon a stretch of water, rough grain of a wallpaper leap out the canvas more real than reality itself, awakening unknown perceptions. Banned from the framing, man becomes present absence and undisputed protagonist described through the trace of his daily gestures.

Thanks to Paolo Quaresima’s delicate and precise brush, everyday objects turn into silent witnesses of an intense and laborious living, as if they were portraits of their users. Pitchers, teapots, buckets, watering cans or ancient polished jugs consumed by time become the storytellers of a whispered tale which speaks about us. At the same time, the thresholds in front of which they are portrayed – windows, doors or balconies – become metaphors of landscape and guardians of ancient secrets. Built upon perfect architectural balances and exquisite chromatic games, the paintings by Paolo Quaresima convey the sensation of an harmonic world, filled with moving and reassuring beauty and order. Paolo Quaresima was born in Merano in 1962. After high school, he graduated in 1988 at the Academy of Fine Arts in Venice and, since then, he has chosen to devote himself exclusively to painting. His works focus on the pictorial research of objects as his subjects. Real objects, rather than still lives, to spread his glance upon working and daily tools. Since 1987 he has taken part in many solo and group exhibitions in Italy, Europe and USA (New York and Miami). Since 2008 he has been invited to every edition of ArteFiera in Bologna. His works are permanently exhibited in private collection all over the world. He lives and works in Merano.