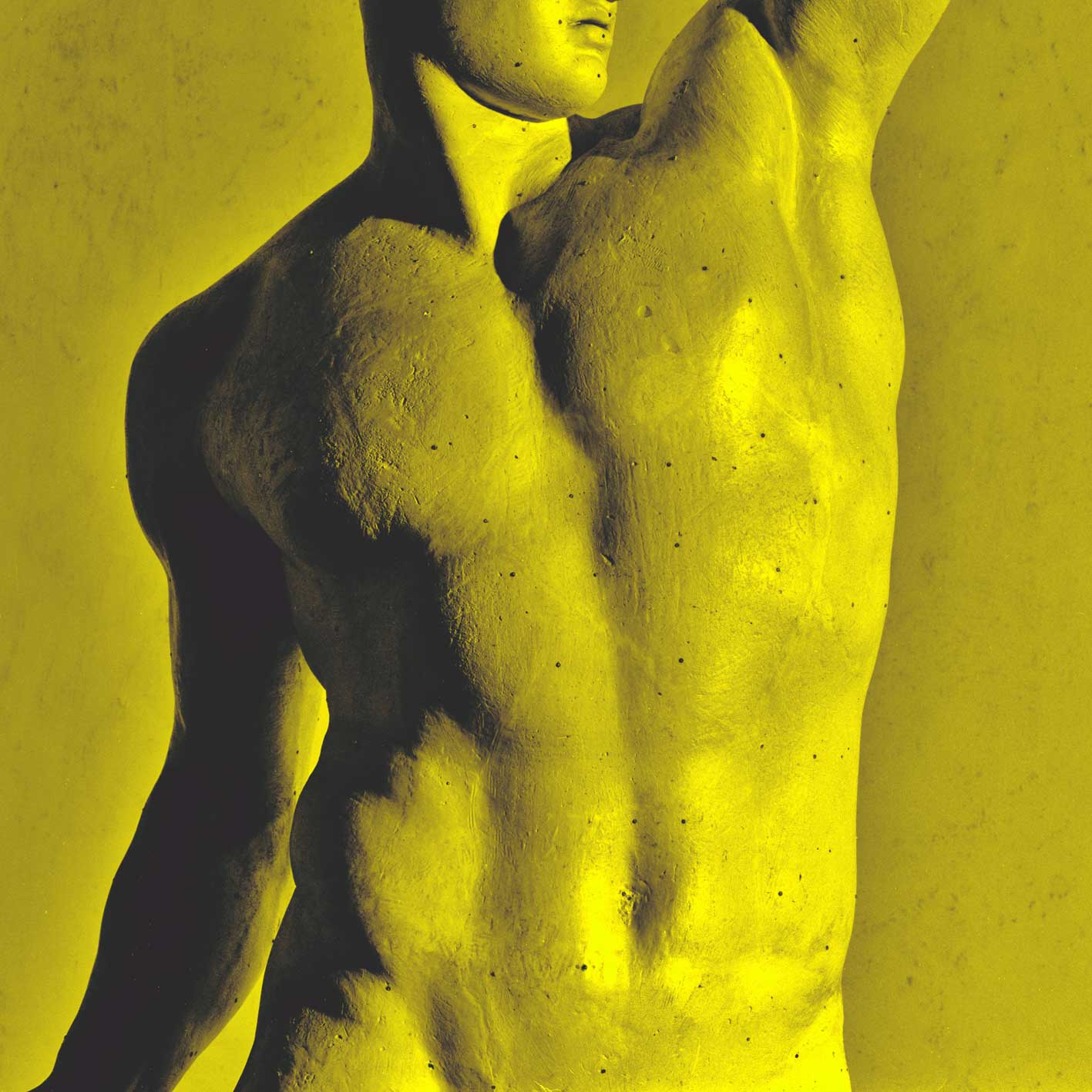 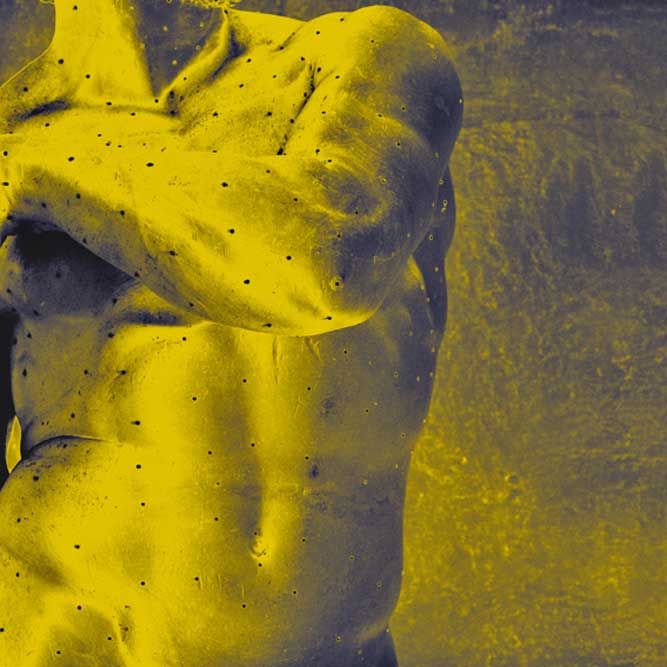 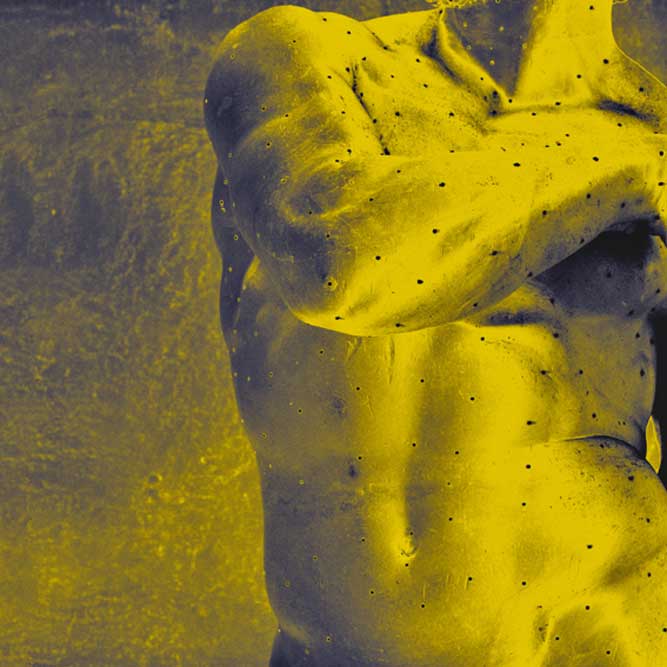 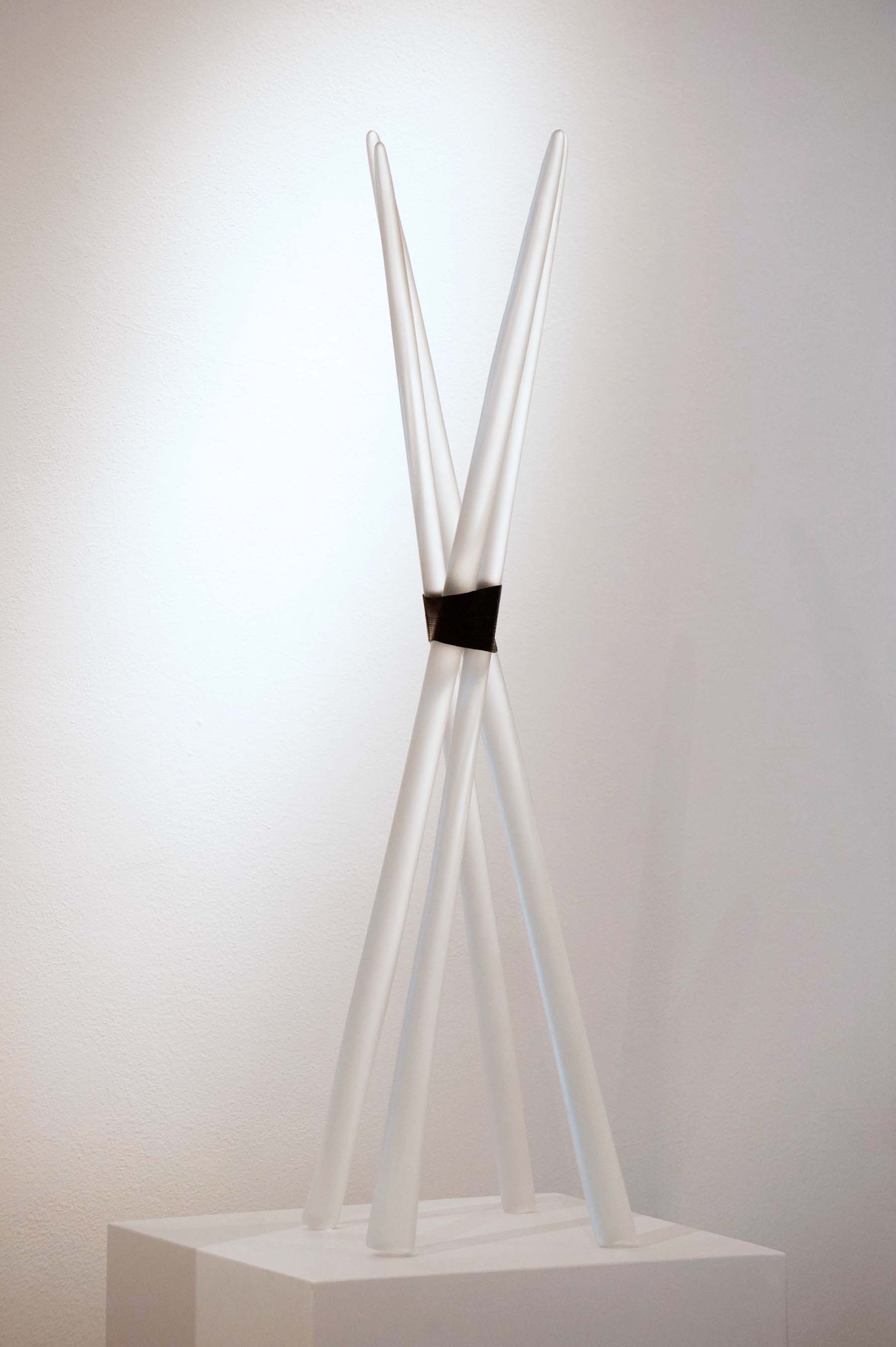 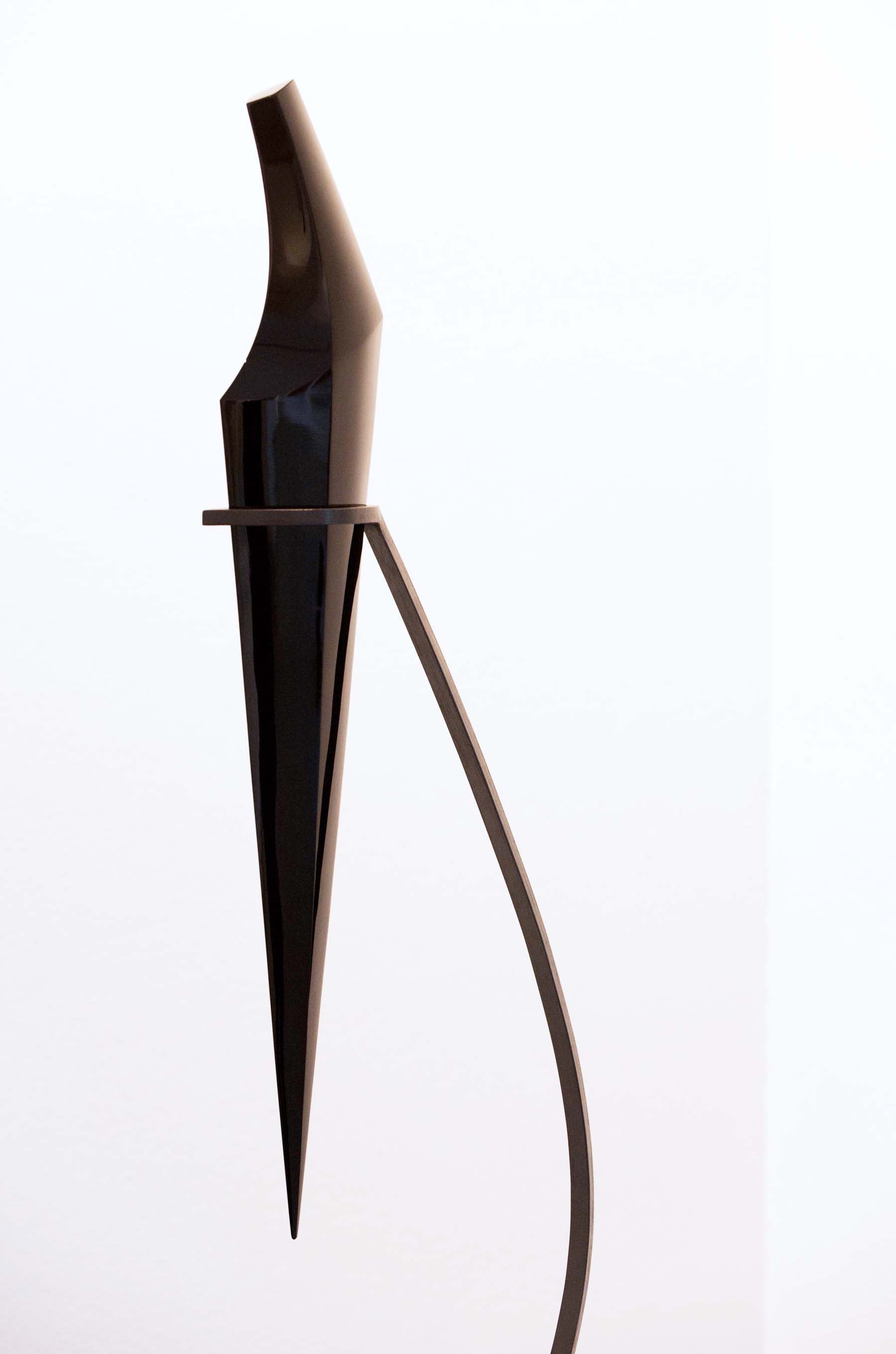 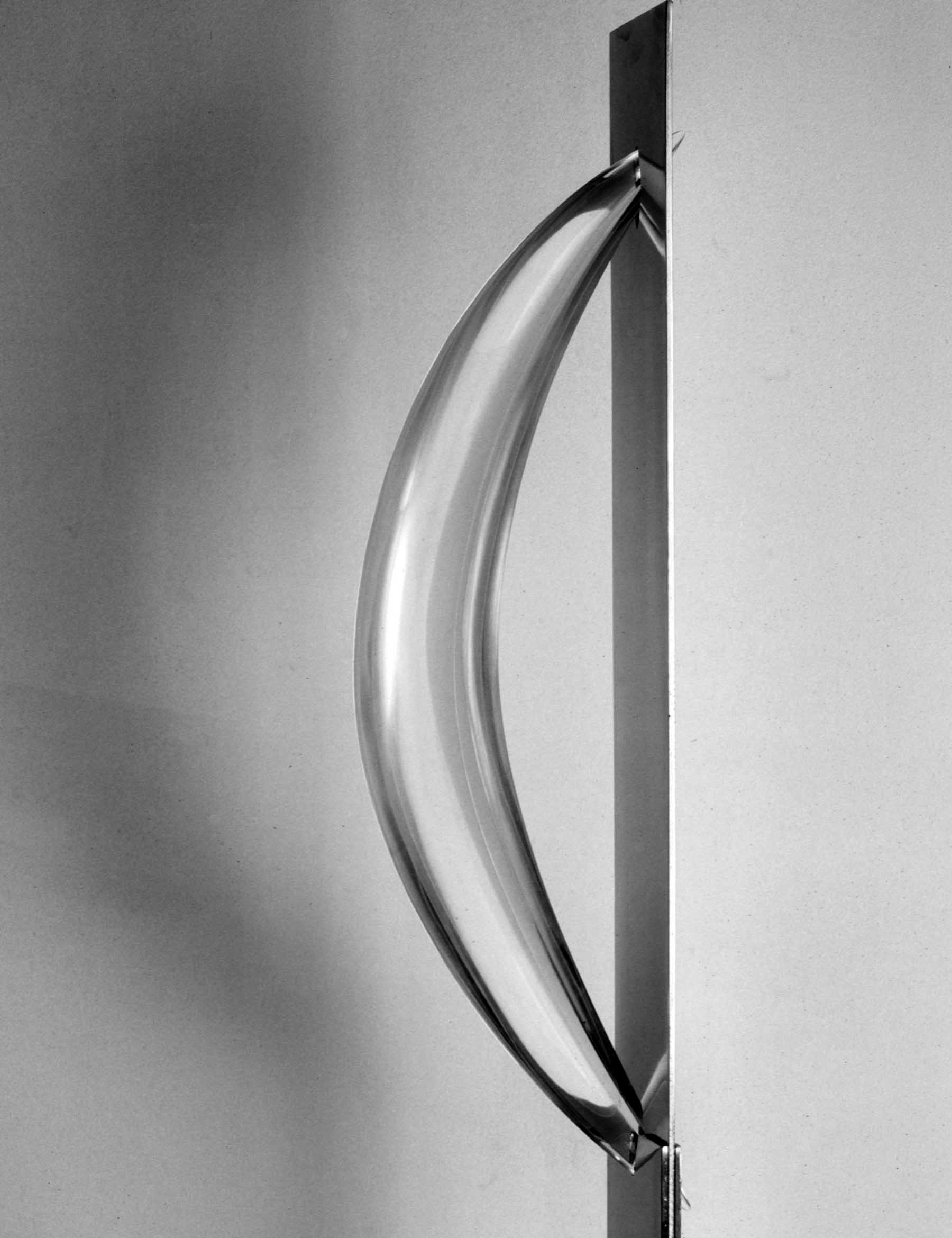 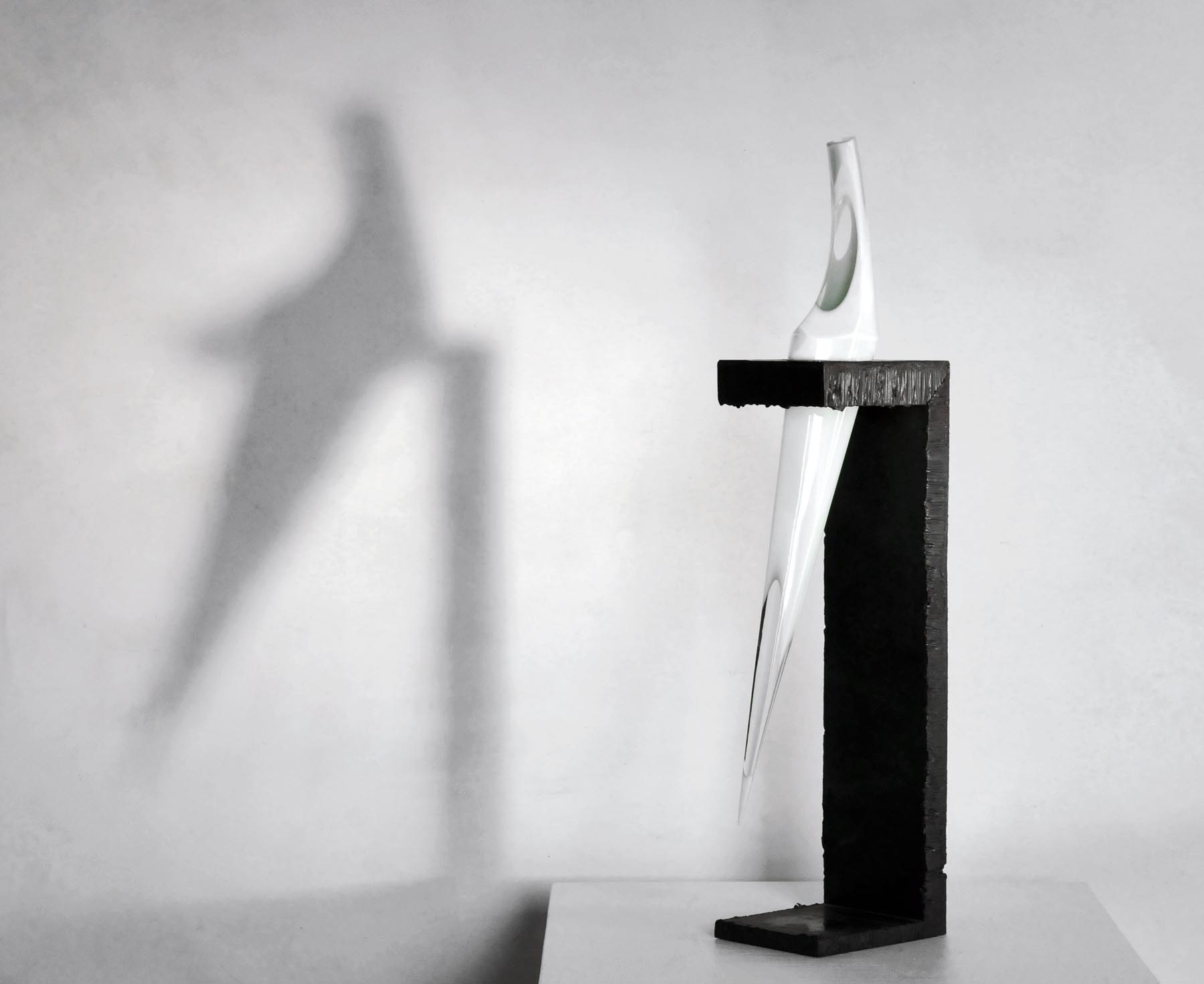 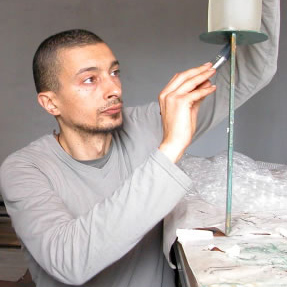 Andrea Morucchio has a versatile and eclectic personality. In 1999, he approached sculpture, an area where conflicting and antithetical elements - like iron and glass- constantly fight each other. Matters and materials connecting through opposition: the strong static of metal against the unstoppable dynamics of glass. In Morucchio's hands Glass becomes carved matter, rather than moulded. It seems that the high heat used for its melting changes it inwardly, rendering it indestructible.

He was born in Venice in 1967. After graduating in Political Sciences, he became a photographer and, from the end of the nineties, widened his research to sculpture, installations, video, photography and performance. Some of his works are hold at the Museum of Glass in Murano and the Museum of Old and New Art in Hobart, Australia. In 2011 he realized a solo exhibition at the renowed Ca' Pesaro in Venice. He lives and works in Venice.