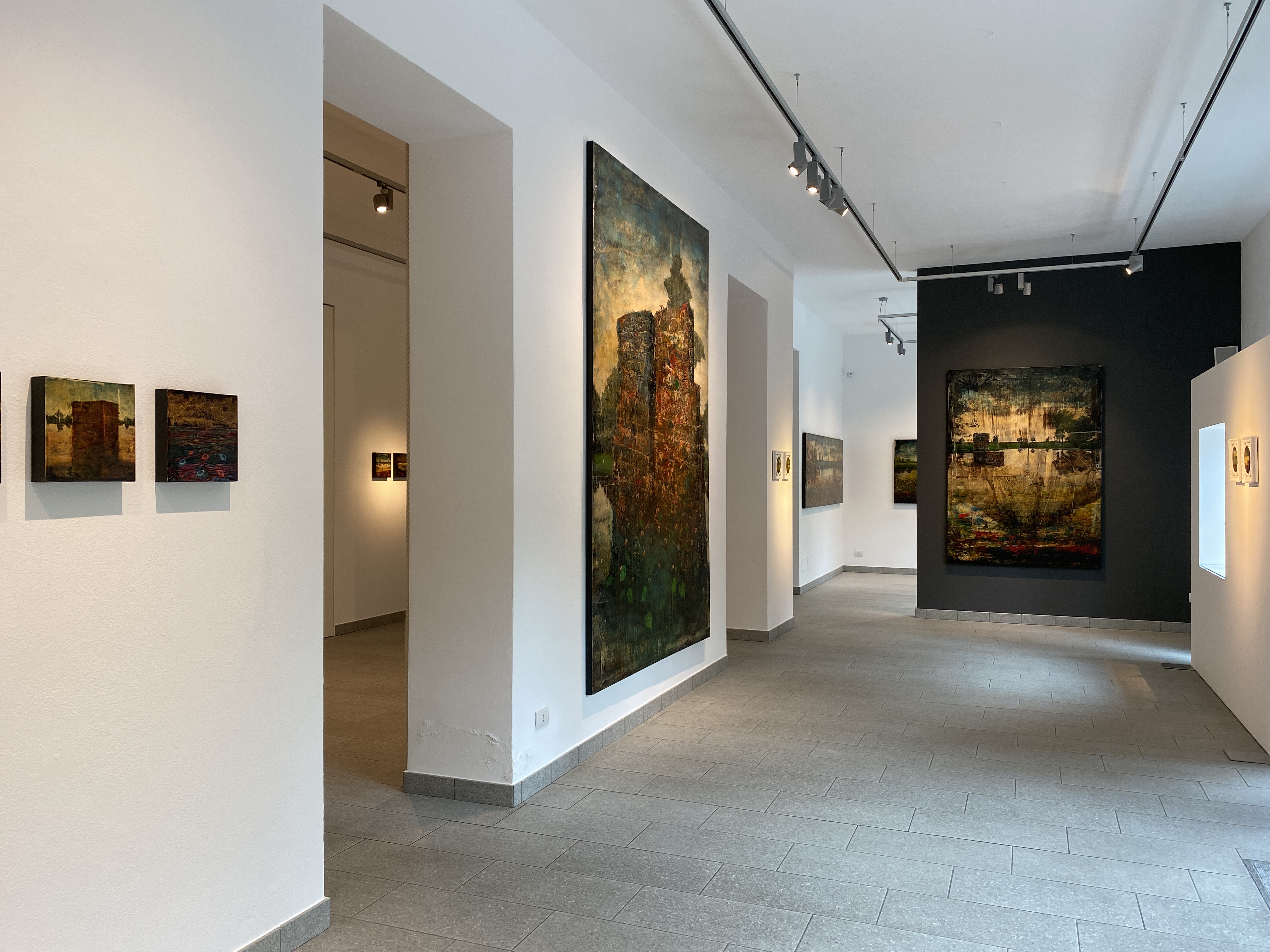 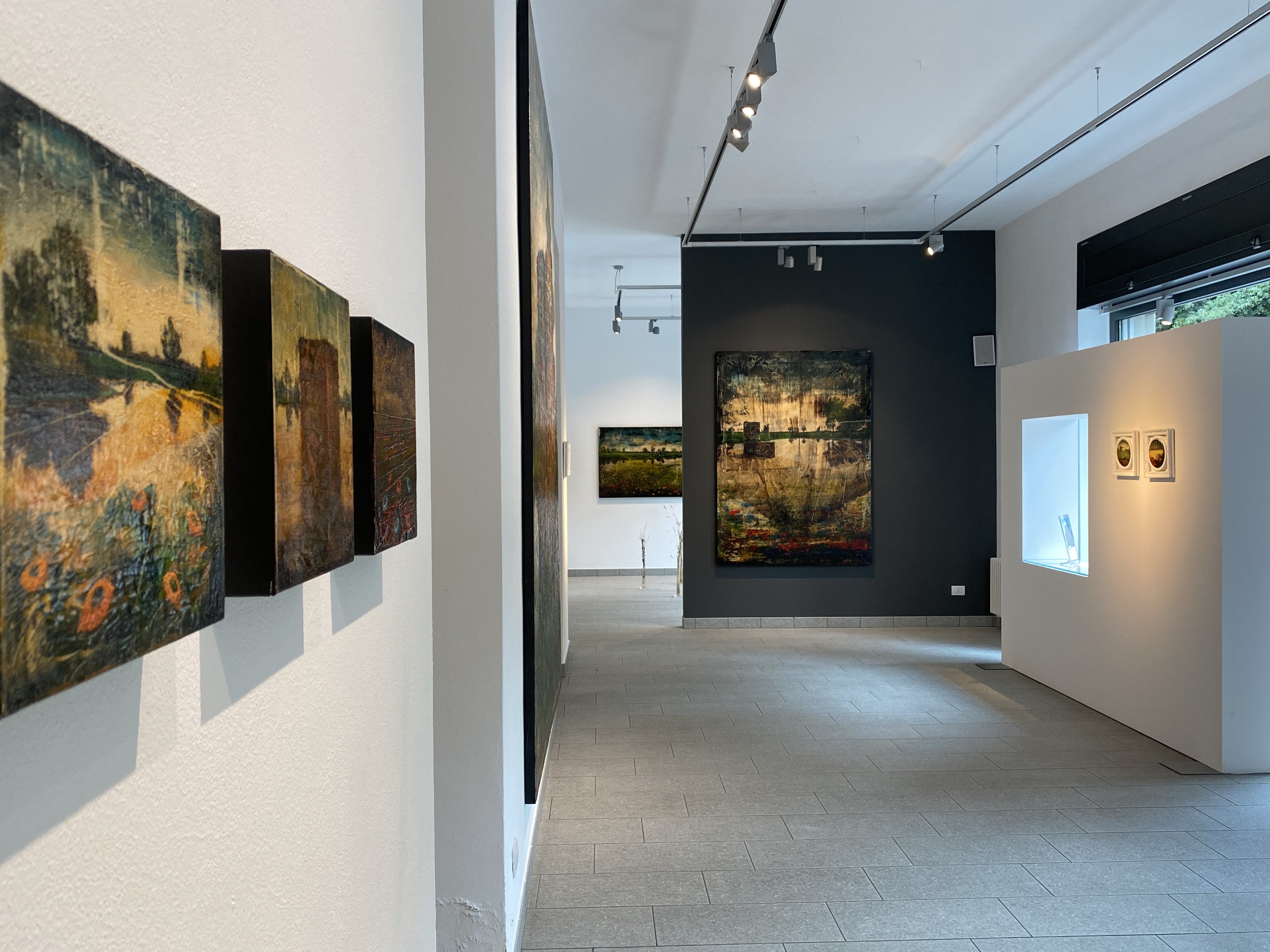 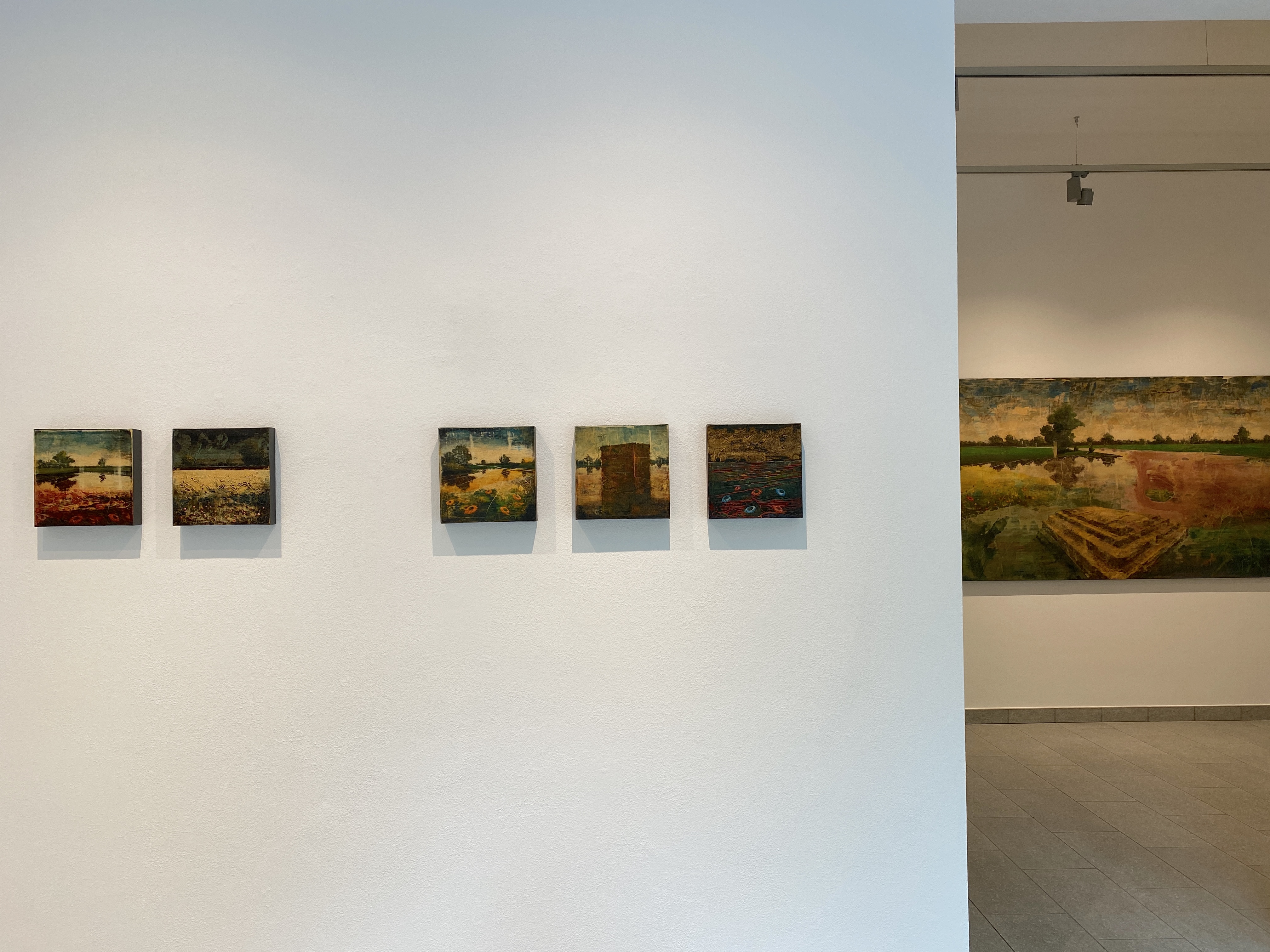 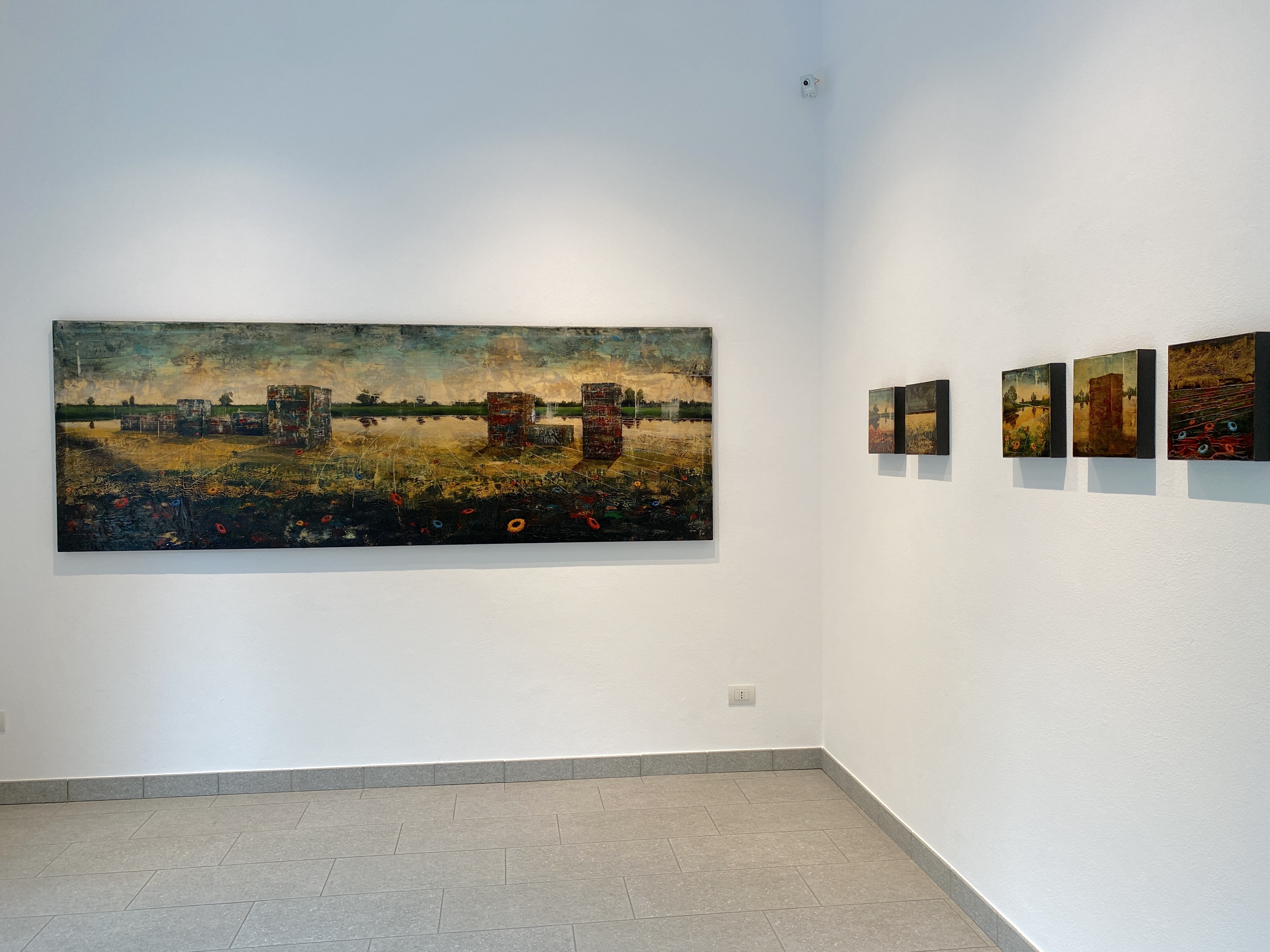 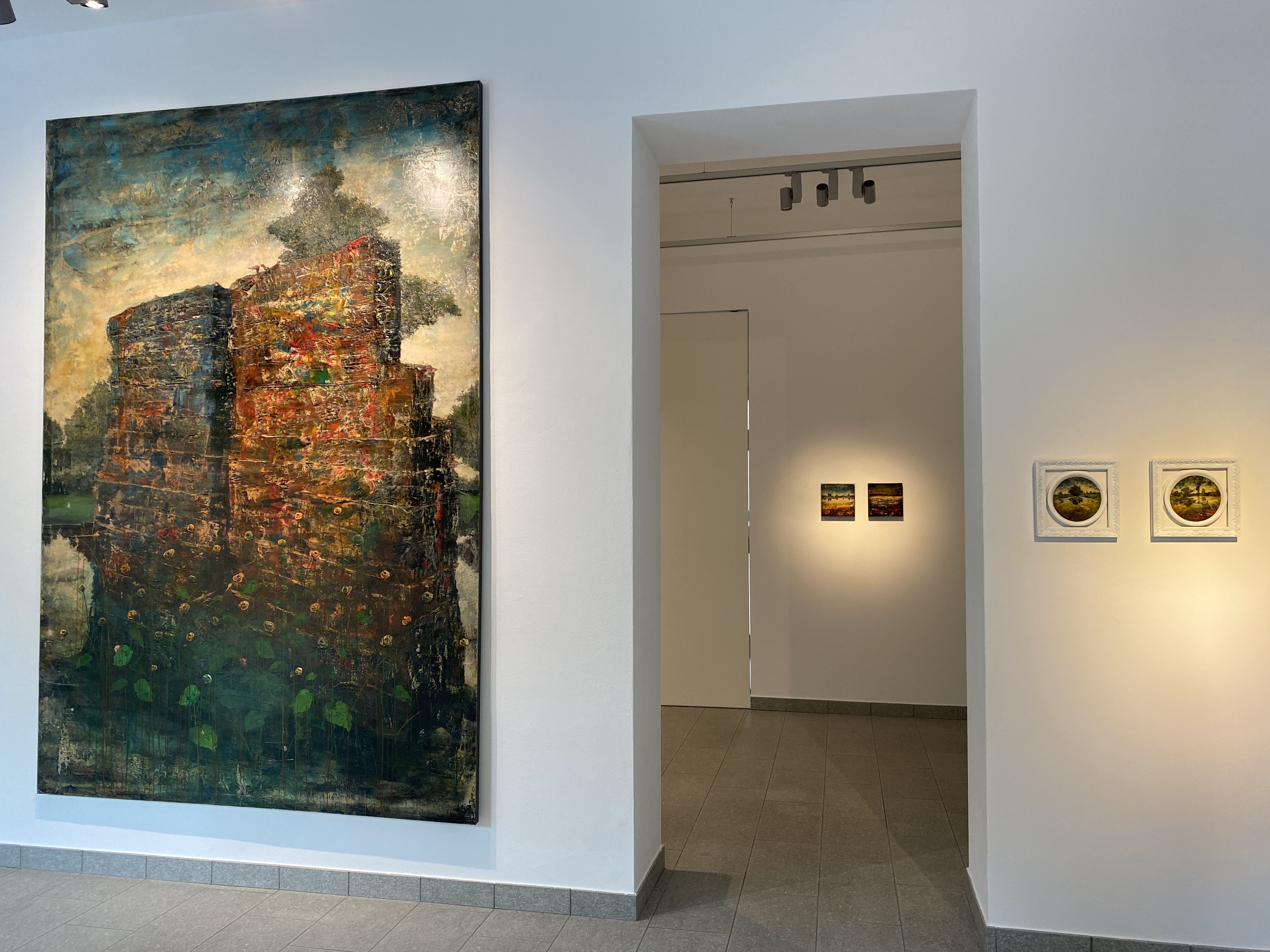 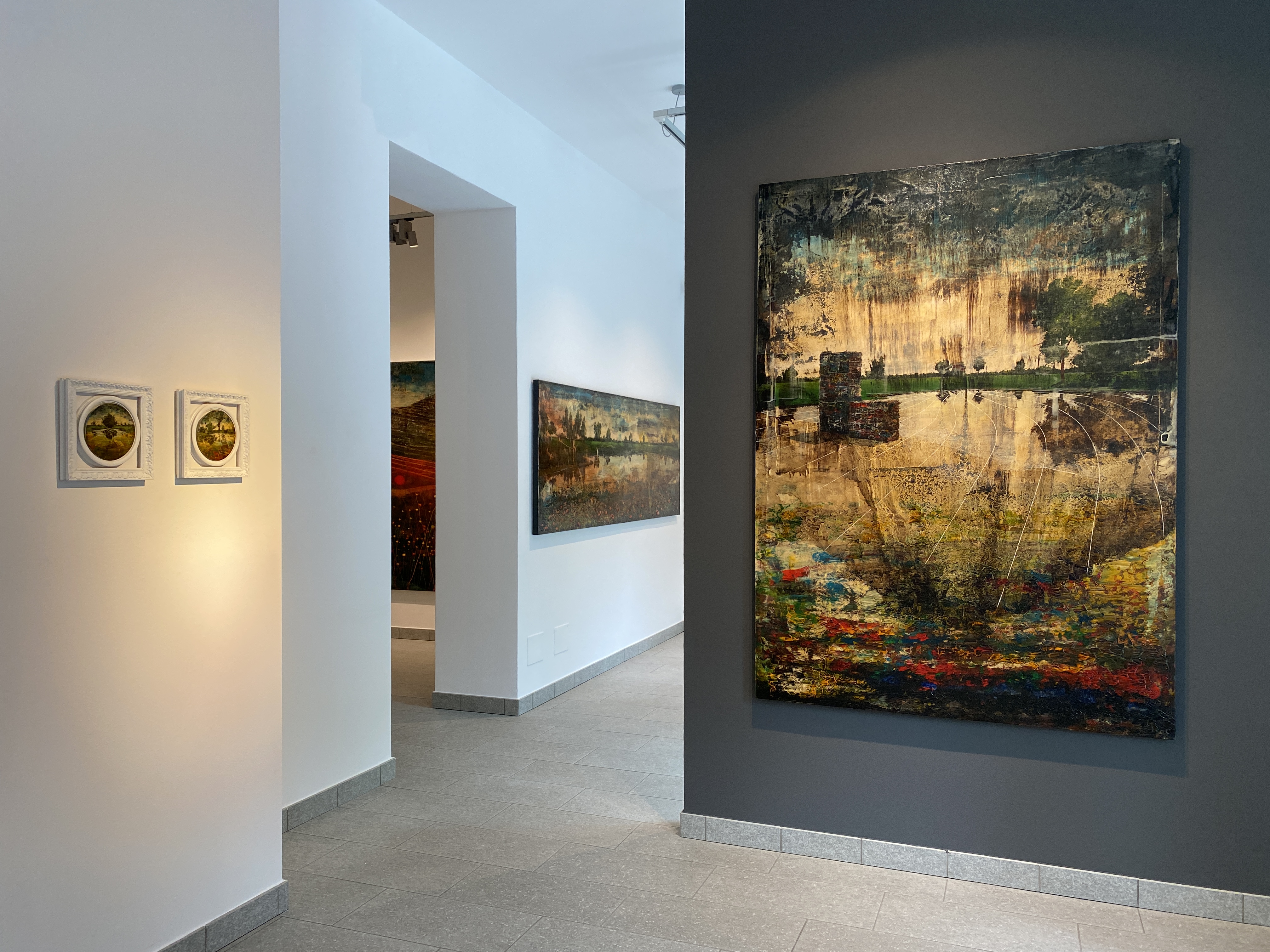 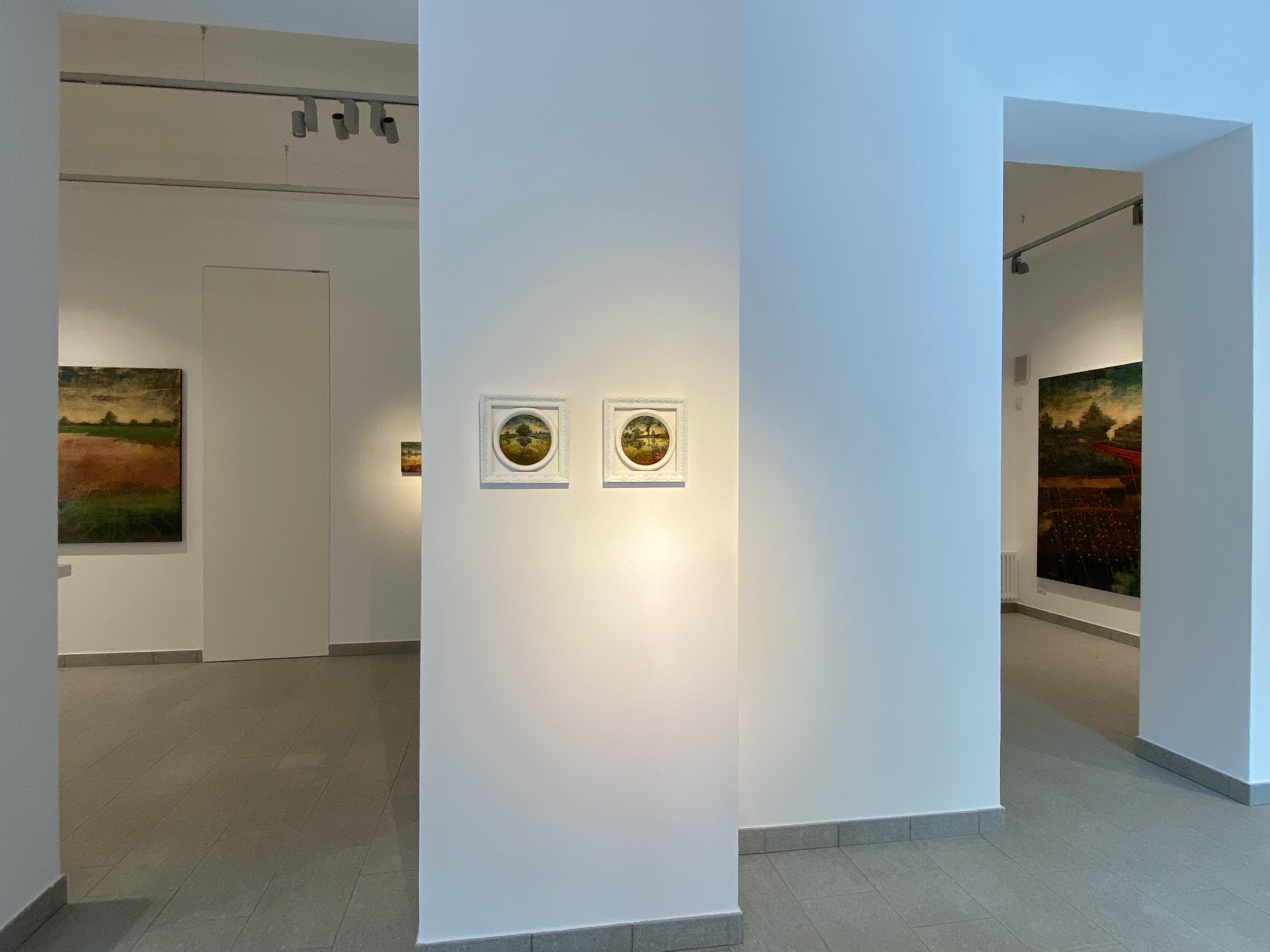 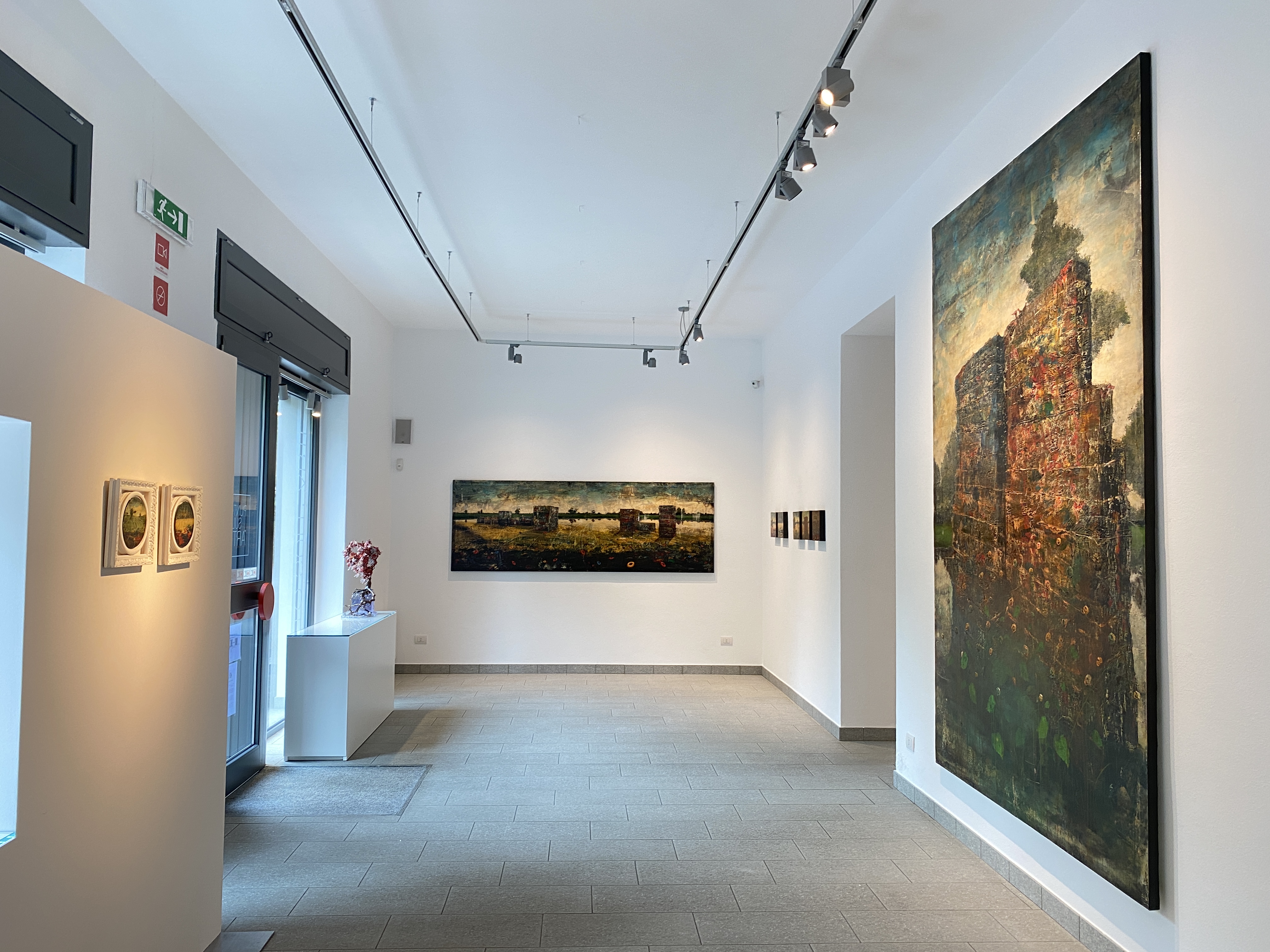 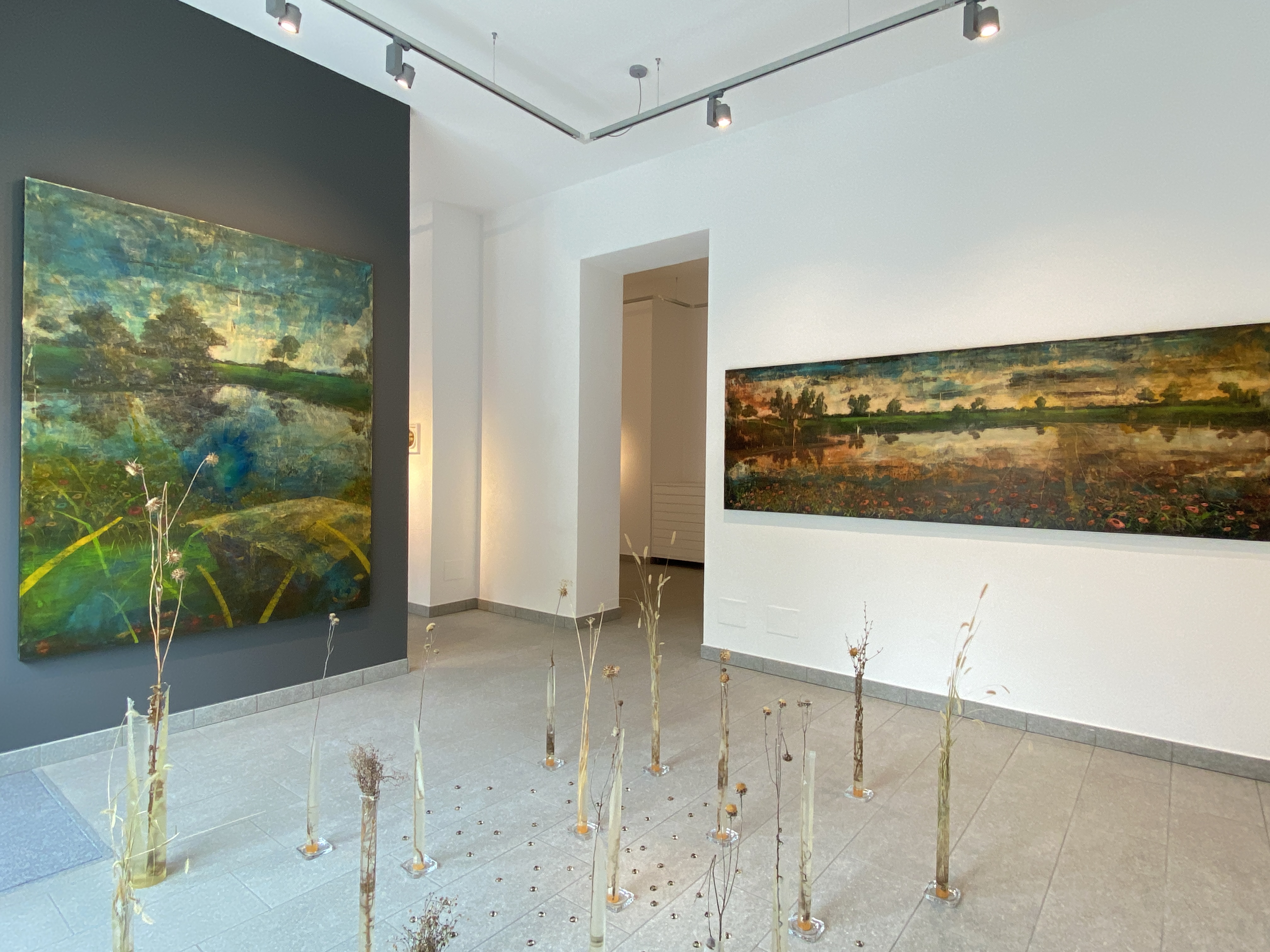 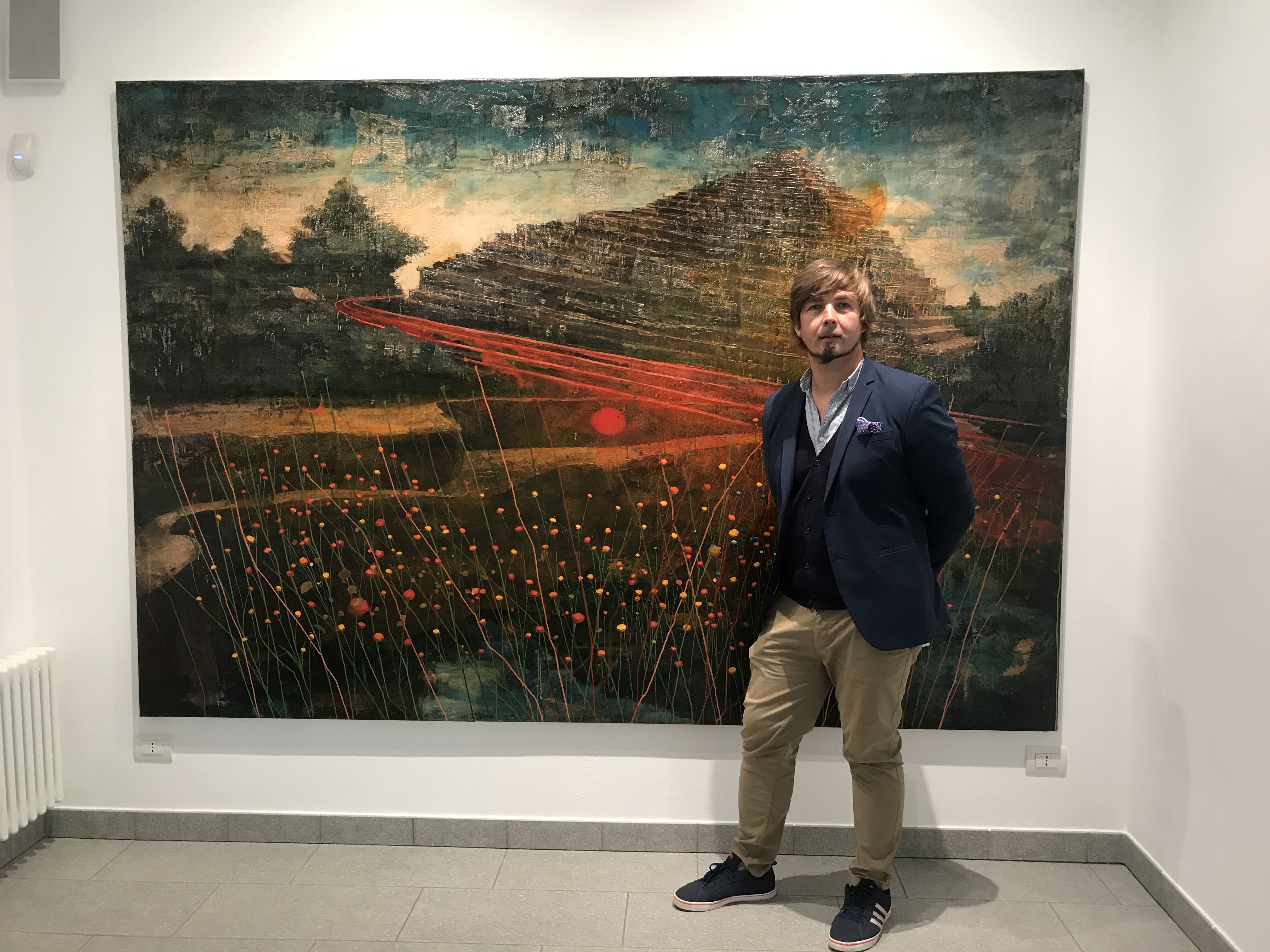 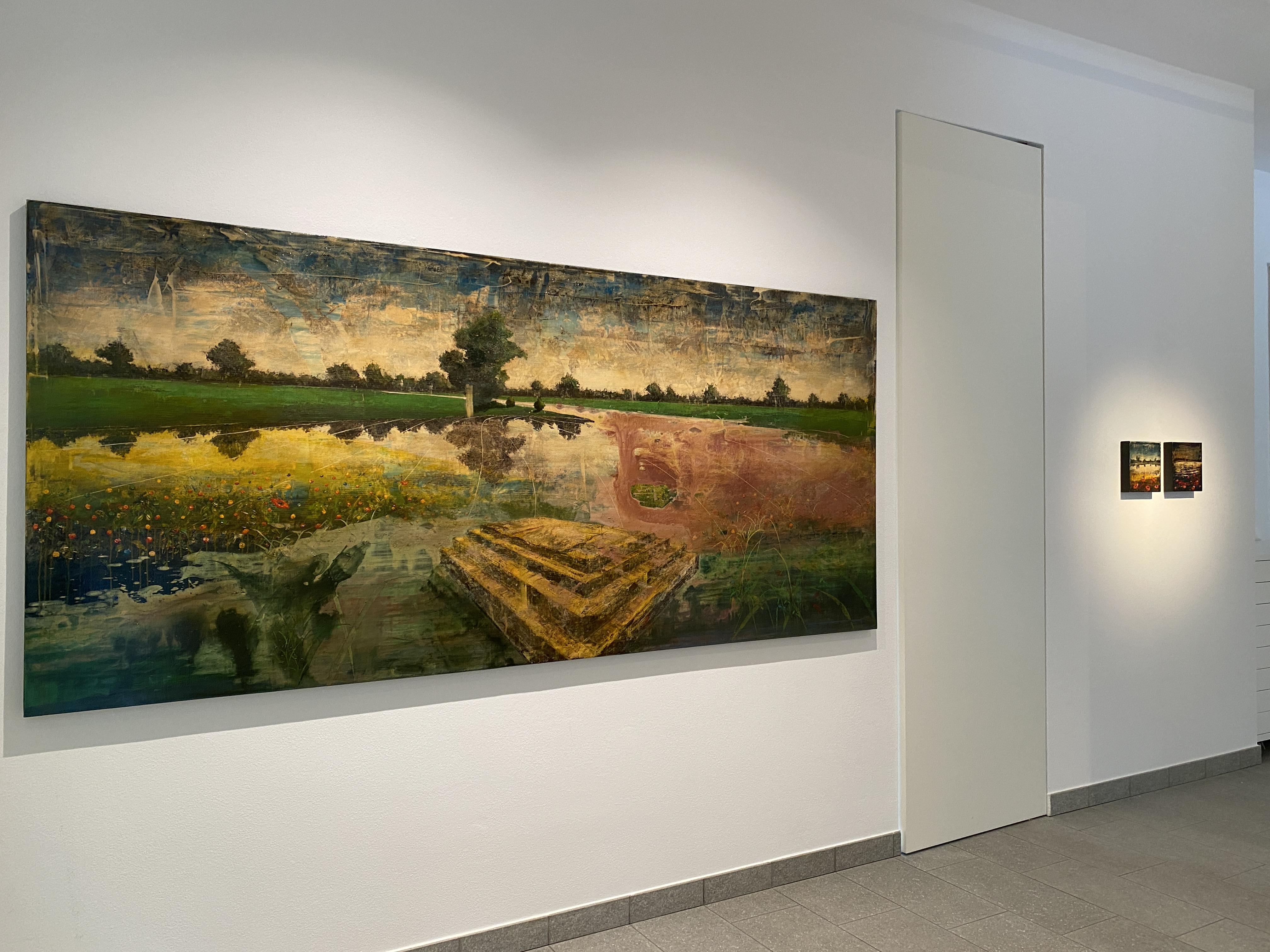 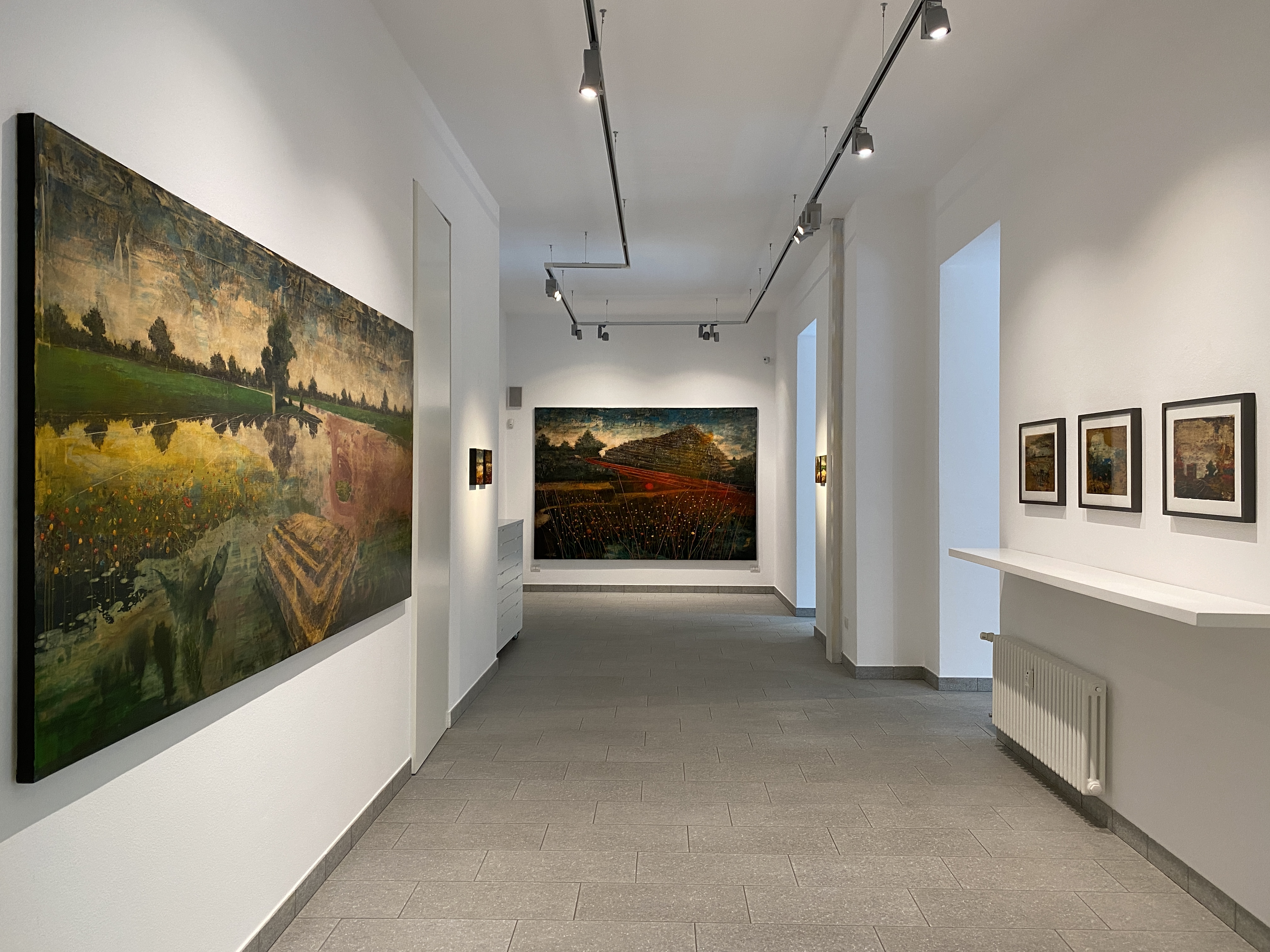 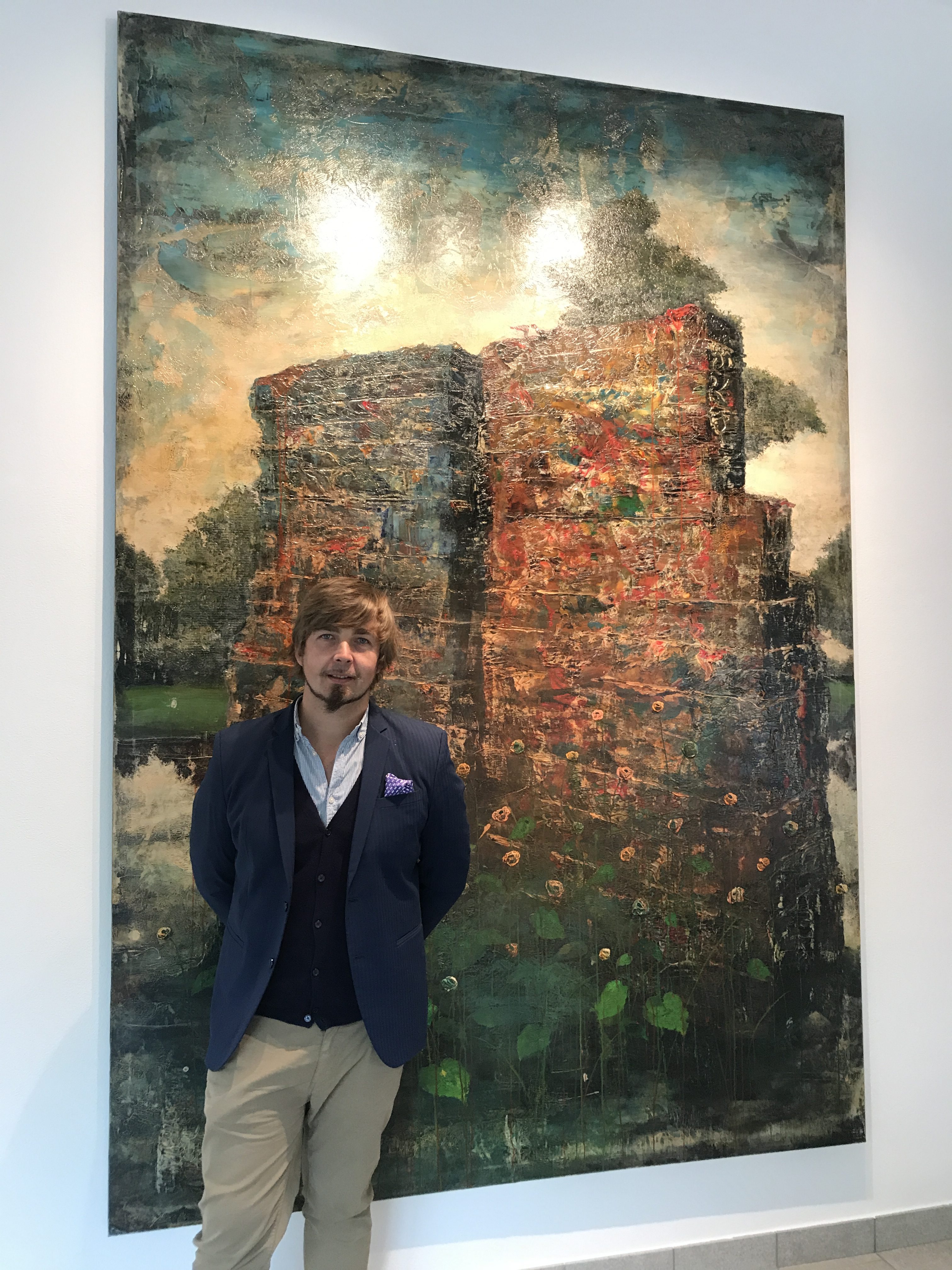 You're in: EXHIBITIONS | HA-HA | Jernej Forbici

“I’ve often remarked that, just as certain animals piss on their territory so that it stays theirs, many men mark and dirty the things they own by shitting on them, in order to keep them, or shit on other things to make them their own. This stercoraceous or excremental origin of property rights seems to me a cultural source of what we call pollution, which, far from being an accidental result of involuntary acts, reveals deep intentions and a primary motivation.”

JERNEJ FORBICI, after the great success of his 2019 solo show in New York and the important group exhibition “The Tremendous World I have Inside my Head” at the Museum of Modern and Contemporary Art Koroška (KGLU) in Slovenj Gradec, Slovenia, now returns to his reference gallery PUNTO SULL’ARTE in Varese, where he will present more than thirty previously unshown paintings, in large and medium-small formats, in the solo show HA-HA. The works are from the series entitled Pile of Garbage which focuses on the always current and controversial theme of pollution and the central role that man plays in it.

Ha-ha is the surprise result of a new research created simultaneously from the paraphrase of a simple laugh and the reflection of literature which the artist has encountered and dedicated himself to in recent times. If on the one hand ha-ha is a smile, mocking and disturbing nature, which, by reclaiming possession of its space and time, brings into play the entire human and artistic path of the artist, it is also the surprise of being faced with that same ditch (probably today polluted, a strange reddish colour, where colourful plastic flowers emerge) along which stands a wall (now a fascinating huge pile of garbage) which, however, still allows you to look far away, towards the countryside. That territory, garden, exhausted environment, which mankind claims as his own, marking it, fouling it, and which in this exhibition the artist presents to us, portrayed through pollution and rubbish, the result of human action, is rich in profound intentions and a strong primal motivation.

By addressing the issue of abandoned waste, to some extent hidden from our eyes because there are hills in the middle of the plains, walls of every type, or because it is simply not visible, the artist invites us to reflect on the quantity of waste that we produce and how much plastic we are now surrounded by. The series of new mixed media paintings of large and medium format canvases by JERNEJ FORBICI, entitled Pile of Garbage, presented in the new solo show at the PUNTO SULL’ARTE Gallery, speaks to us precisely of this, of abandoned rubbish, which then in time contaminates nature. This last, reacting in its own way, gives rise to mutations and changes, sometimes even drastic and tragic. Here then, the exhibition and above all the series, dedicated to panoramic works, leaves us space to go beyond that wall and confine. Thus the artist creates an extended image, which embraces the horizon in a desire for infinity, in that same nature violated and redefined by mankind.

JERNEJ FORBICI: Born in Maribor (1980) in Slovenia. In 2001, after studies in Lubiana, he decides to transfer and begin a new path at the Academy of Fine Arts in Venice. Here he graduates with honours in Painting (under the professorship of Carlo Di Raco), and then follows on with the Master’s degree in visual and performing arts disciplines. In Venice he is shaped by the Venetian tonal painting school and by the study of the great masters. Having grown up following the political, social, economic, and environmental changes in his country, he dedicates himself from the start to landscape and to large formats, telling the history of his hometown, Kidričevo, a small city surrounded by green and heavily marked by the aluminum industry and its waste dumps. In 2002, at a very young age, he presents his first solo exhibition, titled Genesis, at the Tenzor Gallery in Ptuj, in Slovenia. He continues to exhibit successfully throughout his studies. In 2003 he presents a single large-scale work, measuring 12 x 3 meters in the Contemporary Art Gallery in Celje.

In 2004, after having participated in the collective exhibition at the Fondazione Bevilacqua la Masa, he is invited to participate in the Hicetnunc Contemporary Art Exhibition at San Vito al Tagliamento. Here he presents the installation titled In My Place, four monumental landscapes (each one 8 x 4 meters), inside a church, and is noticed by the public and exhibition personnel alike, so that in 2015 he is invited to exhibit at IBCA, the International Biennale of Contemporary Art at the Prague National Gallery. In the same year he presents his works at the Berliner Kunstsalon where a meeting with the Kro Art Gallery in Vienna takes place: in 2007 the Kro Art organizes a large solo exhibition, which is followed by others in subsequent years. At the same time the gallery presents his work in diverse contemporary European fairs and here his work is met with the interest of the Bianca Maria Rizzi Gallery in Milan, amongst others. In the following years the artist embarks on larger-scale projects and new collaborations, which place his research under discussion and which, in connection with the realization of complex installations, the studio, and the presentation of photography and of video, complete his main artistic research, which is fundamentally and strongly based on painting. These years also mark the start of collaborations with projects and curators (including Antonio Arévalo, Alessandra Redaelli, Alexandra Matzner, Carlo Di Raco, Sara Sist) who take and exhibit his work all over Europe, Argentina, China, and in Toronto, including in galleries and public and private institutions. In 2007 he participates in the Accade project, a side event to the Venice Biennale. In 2009 the Academy of Fine Arts in Venice dedicates a retrospective to him at the Magazzini del Sale, curated by Carlo Di Raco.

In 2011, after having published his first monograph and presented, despite his young age, five retrospectives in Italy and Slovenia, he is invited to participate in the important exhibition Il fuoco della natura in Trieste, a project curated by the Lipanjepunt in Gallery, and then in the 54thVenice Biennale in the Arsenale pavilion. In the same year he begins an important new collaboration with the Italian gallery PUNTO SULL’ARTE in Varese, where he is currently exhibiting. Among various recognitions in Italy and abroad, the stand out in 2012 is the awarding of a scholarship from the Slovenian Ministry of Culture. He is invited to take up a residency in London, where for some months he dedicates himself to the study of the English masters. In 2013 he presents various projects in Italy and abroad, most notably Stop of Burn with us at the Nuvole Arte Contemporanea in Montesarchio, Last Flowers at the Bianca Maria Rizzi Gallery in Milan, e Letzte Pflange at the Kro Art Gallery in Vienna. Sleep now in the fire at the Prostor Epeka in Maribor, Blurry future at the European Court of Auditors in Luxembourg (both in 2014), Everywhen at the Romberg Galley in Latina and Nothing is yelling at you at the Officina delle Zattere in Venice (both in 2015), Landskip at the PUNTO SULL’ARTE Gallery, and Phytoremediation at the Nuovo Spazio Arte Contemporanea di Piacenza (both in 2016) are only a few of the most recent solo exhibitions where Jernej Forbici has presented the development of his pictorial work and of his personal artistic research, which places him as a frontline protagonist and director of the mutations of the landscape, interpreted as the evolution of modern life, of manipulated earth, destroyed and violated as a result of our culture, civilization and history. In 2017 he realized among others, the project Auri sacra fames curated by Italo Bergantini and Gianluca Marziani and exhibited at the Romberg Gallery in Latina where he portrayed the foundation of his message for today’s world: the unconsciousness of human responsibility towards the place (planet Earth) that houses and feeds us. In 2018 Galleria PUNTO SULL’ARTE presented his recent works in the solo exhibition Welcome to the final show, followed by the large solo show Herbarium – Welcome to the final show at the Ptuj City Gallery, curated by Carlo Sala.

In 2019 he presented a solo show Long Gone at the Hugo Fine Arts Gallery in New York and has been invited to take part o fan important group exhibition The Tremendous World I have Inside my Head (Metamodernism and metaromanticism in Slovenian painting) at The Museum of Modern and Contemporary Art Koroška (KGLU) in Slovenj Gradec, Slovenia. Furthermore in recent years he has been invited to participate in numerous collective exhibitions. His works play a central role in the art world at an international level, so much so that today they are present in many exhibitions, fairs, institutions, and collections. He lives and works between Strnišče (SI) and Vicenza. 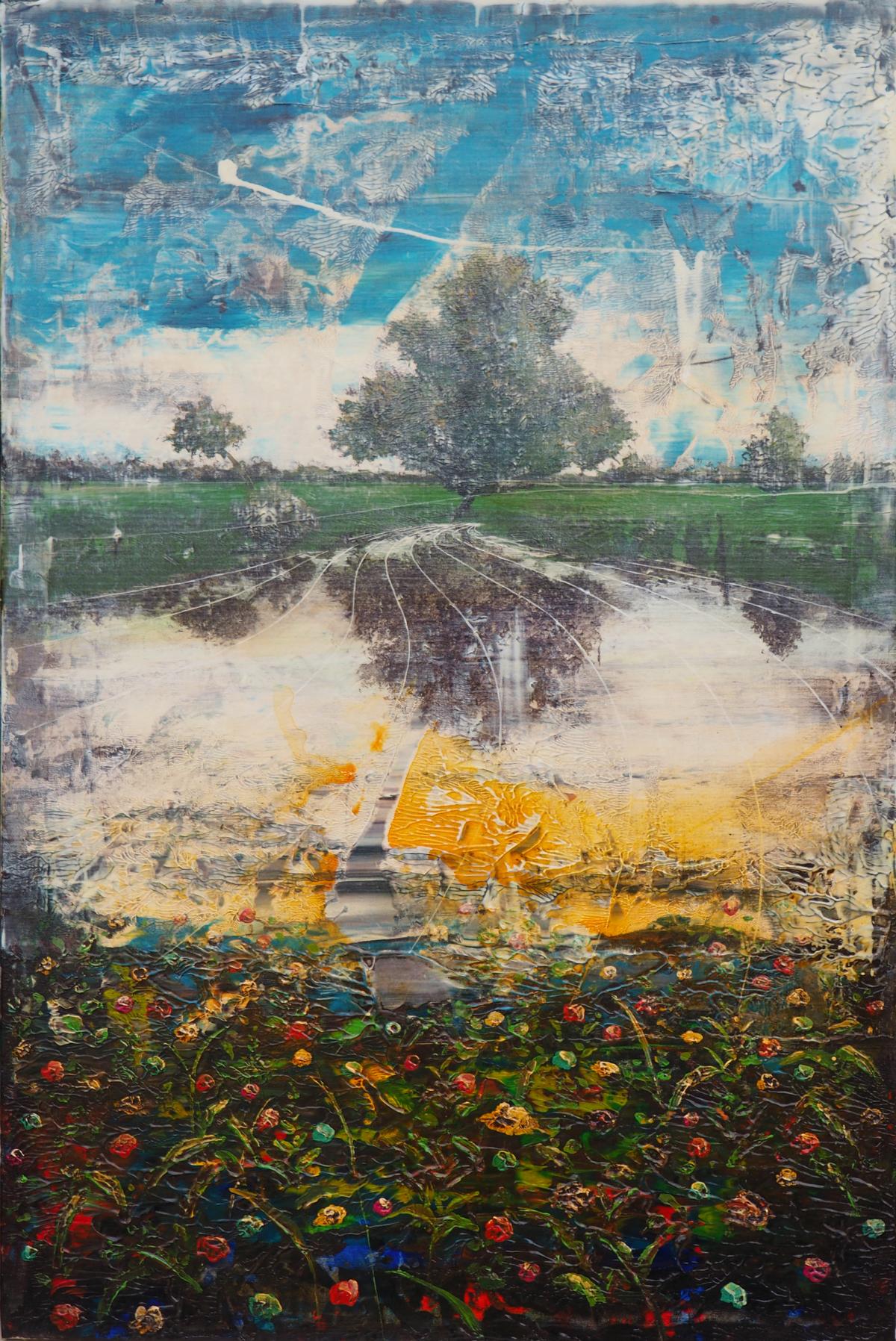 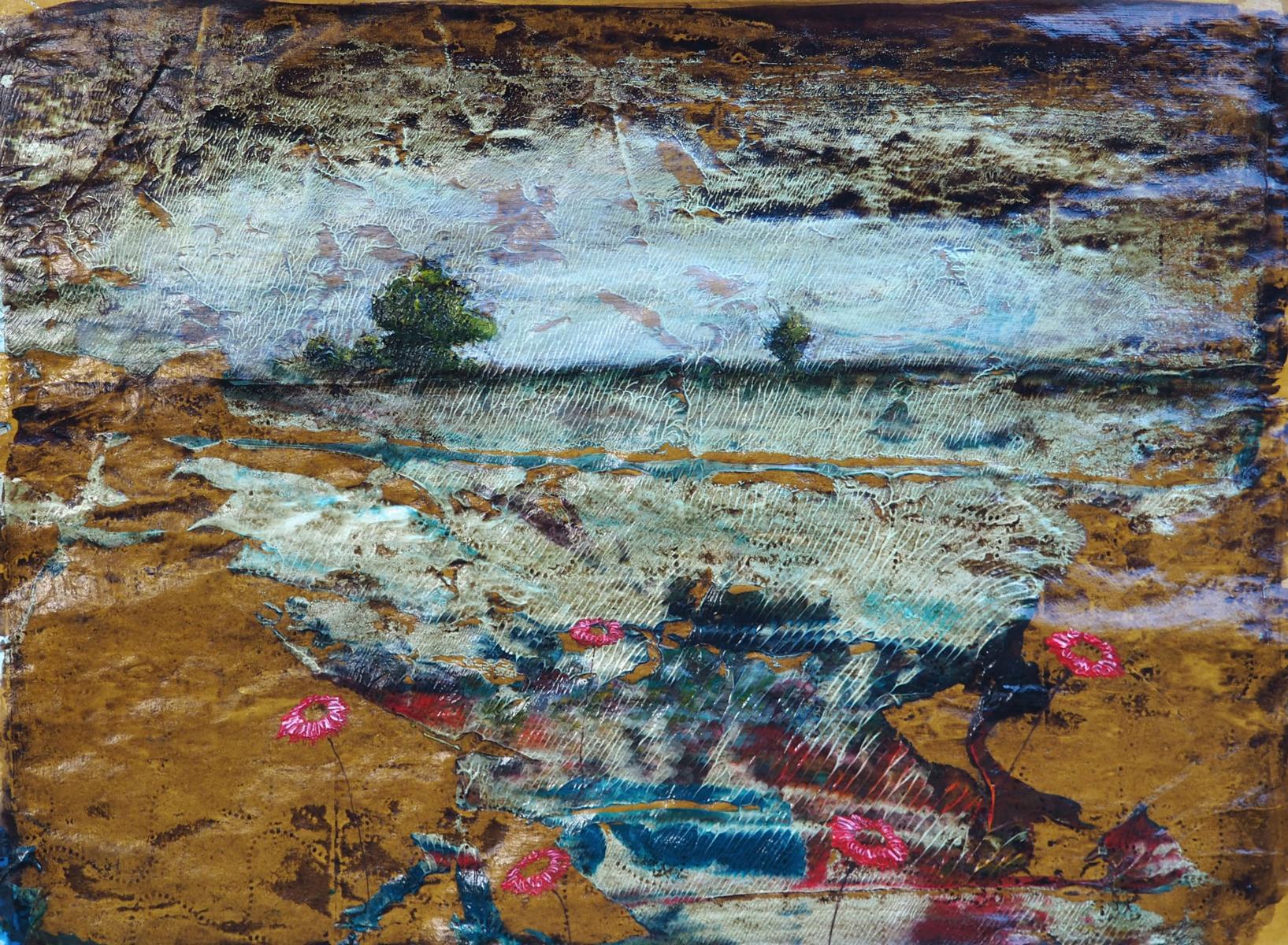 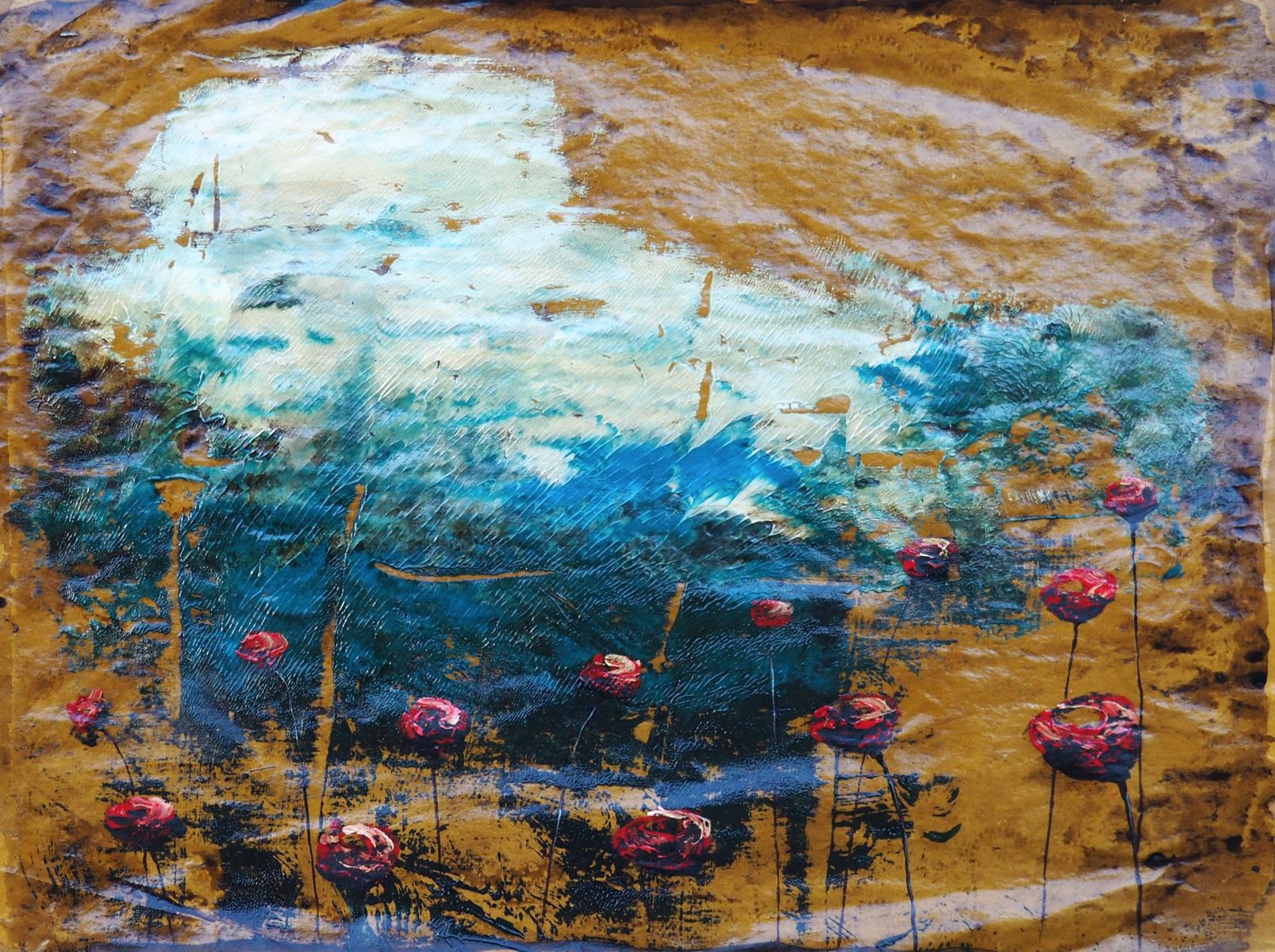 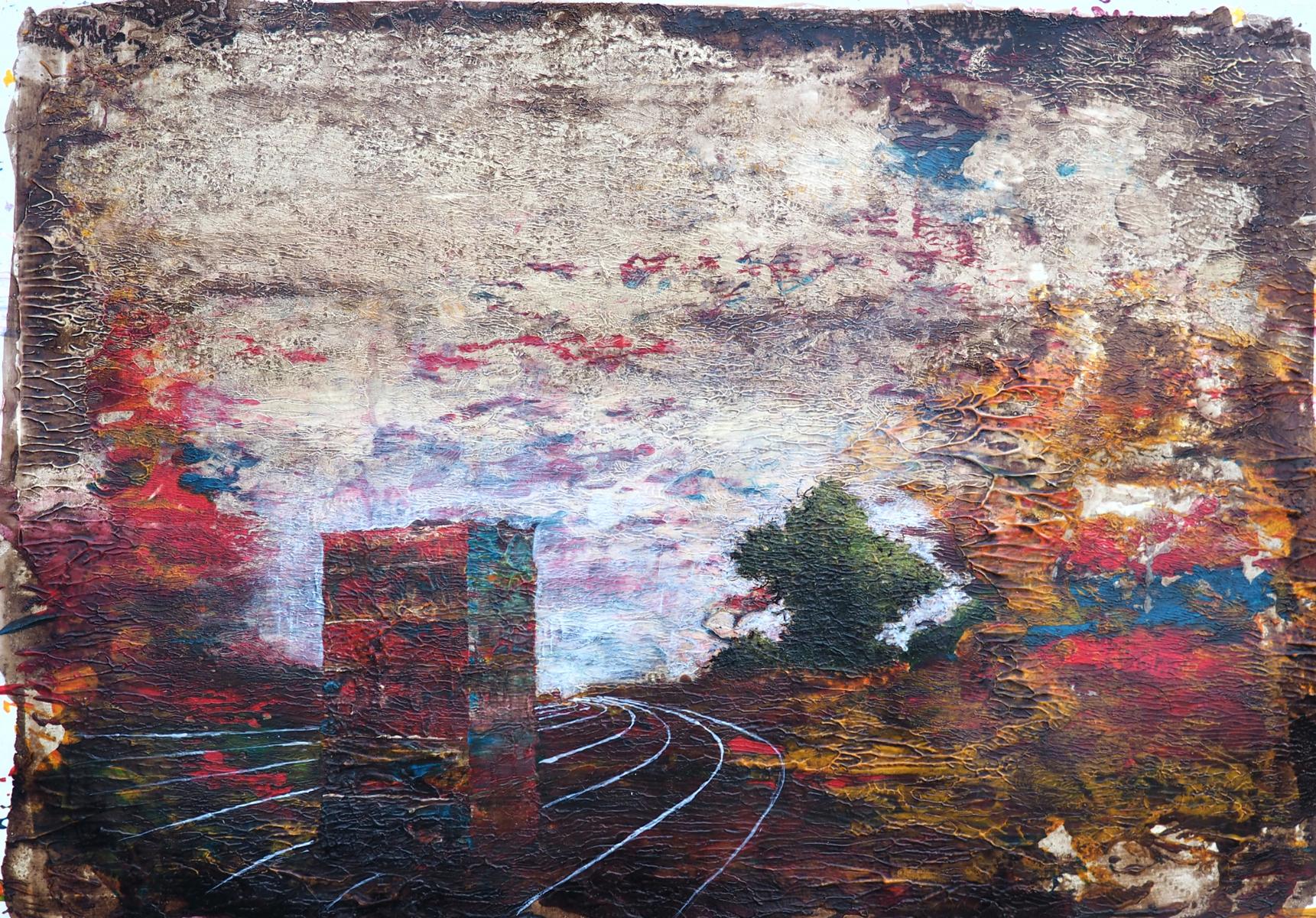 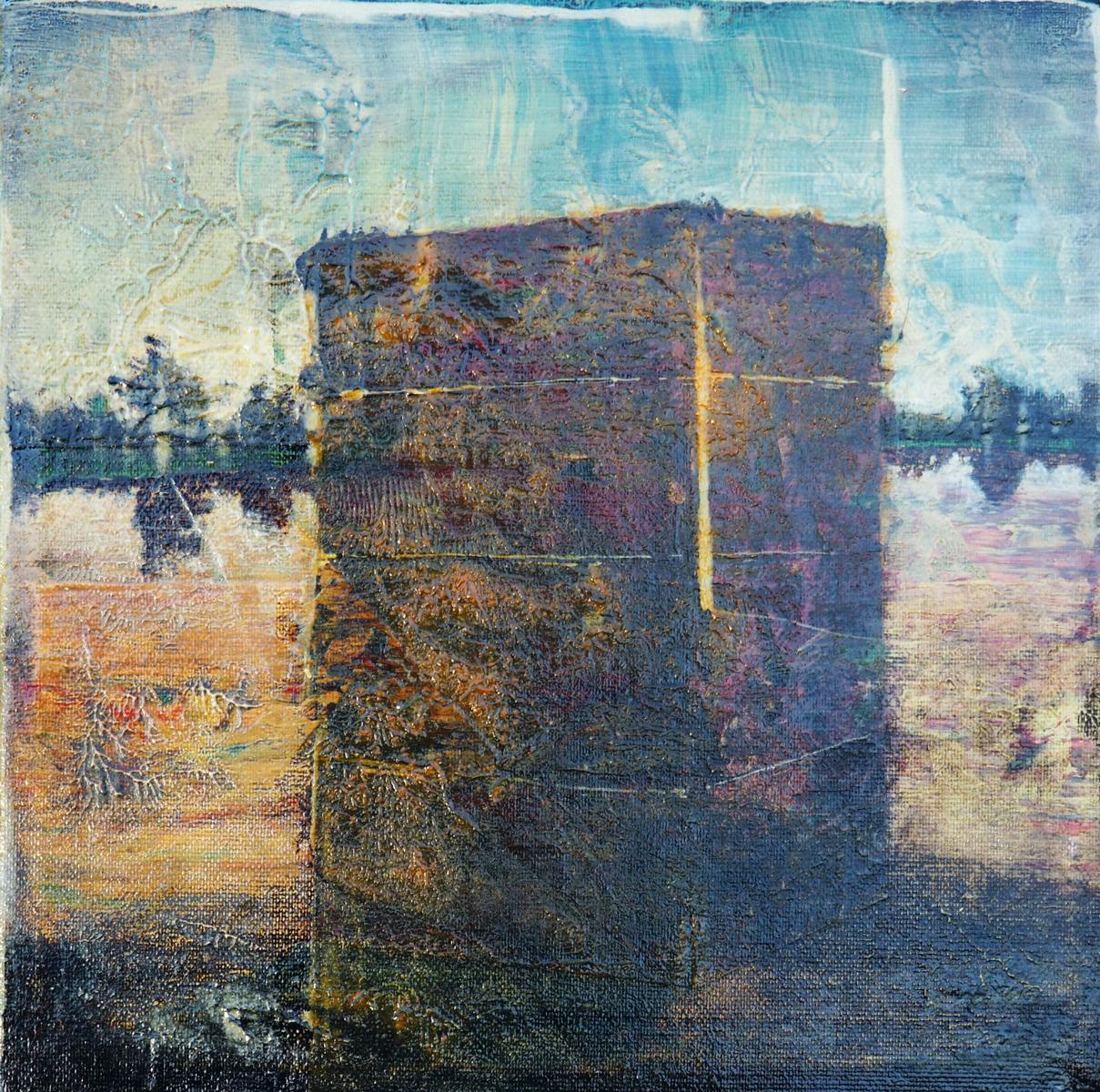 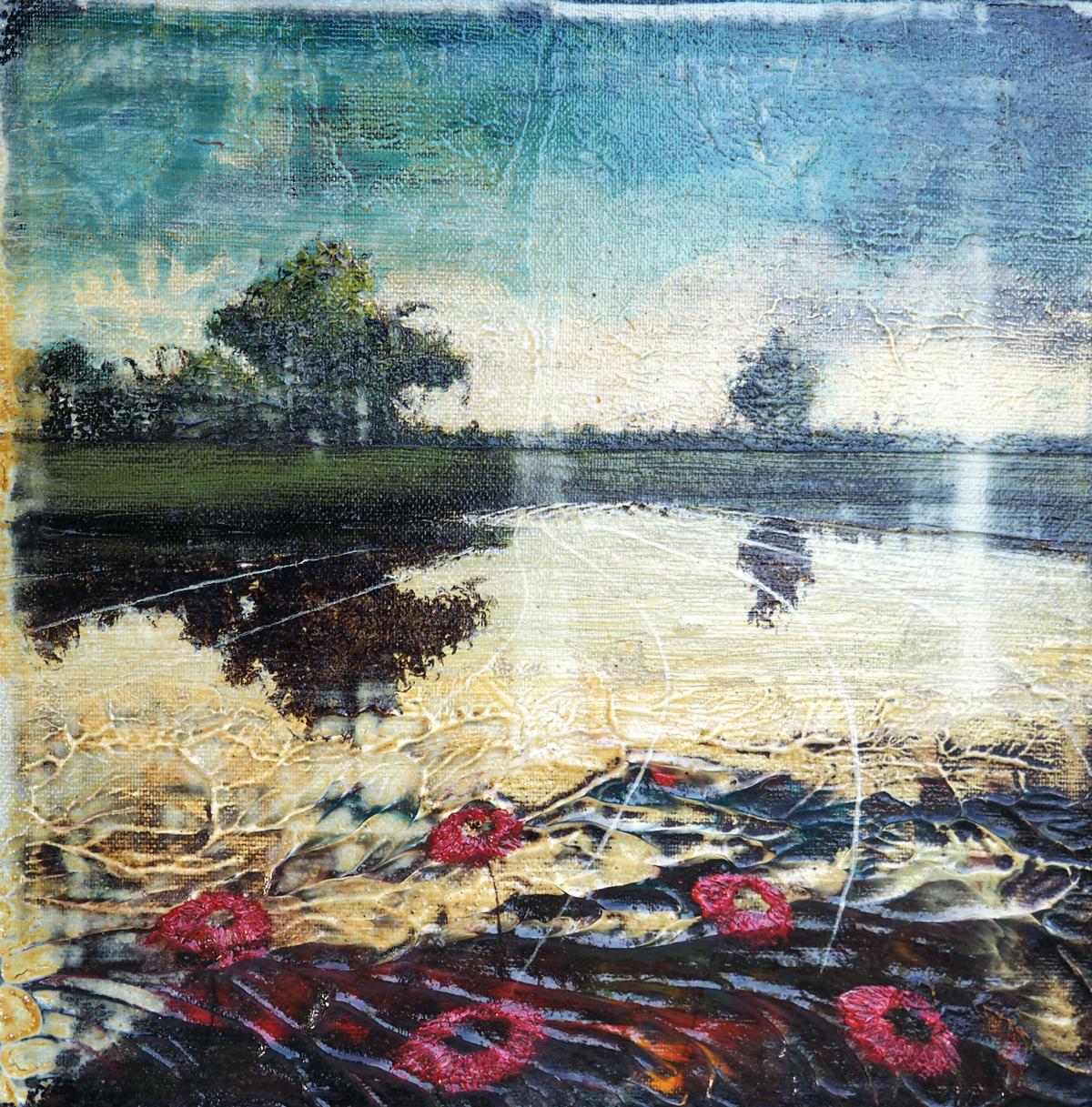 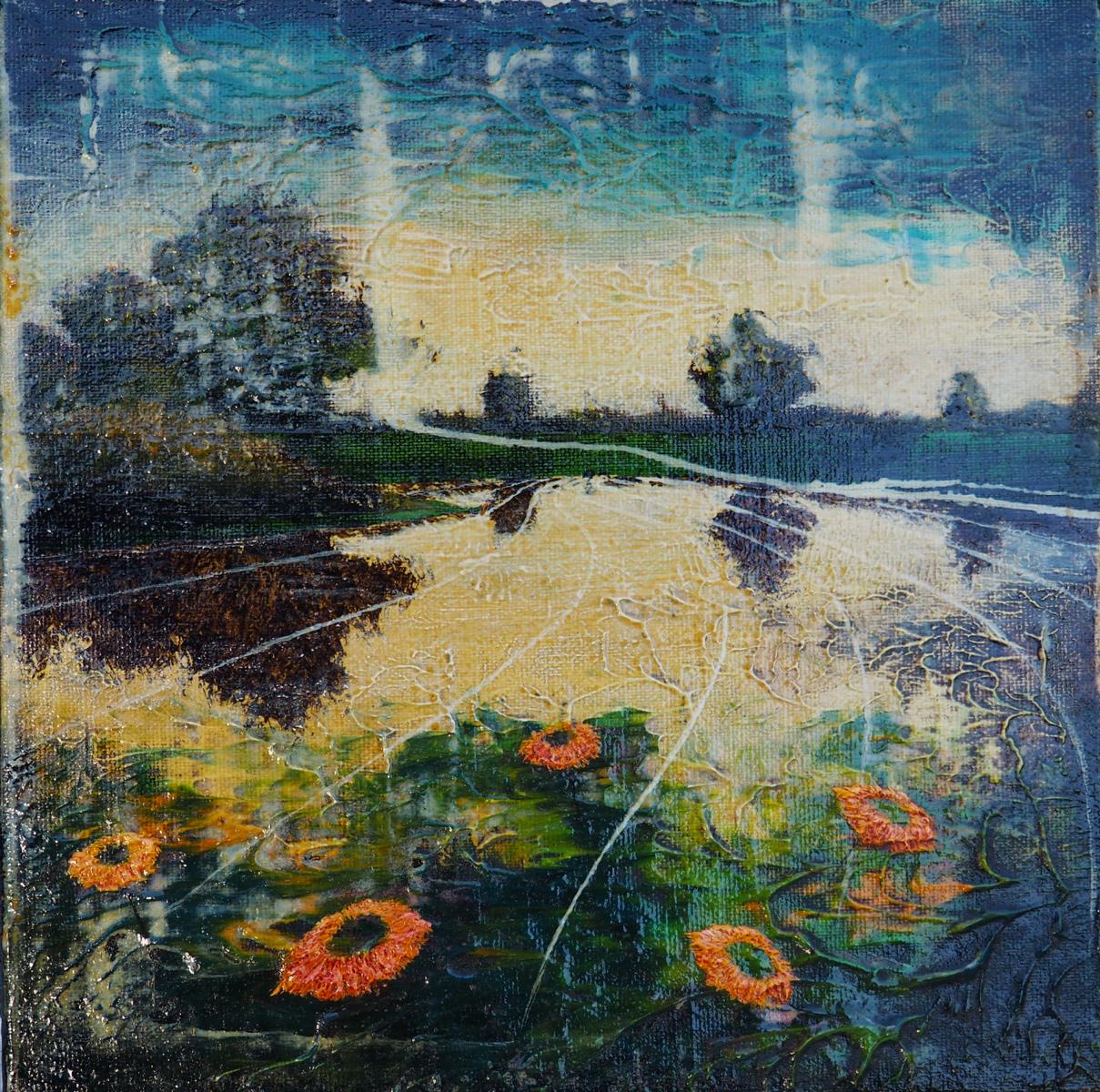 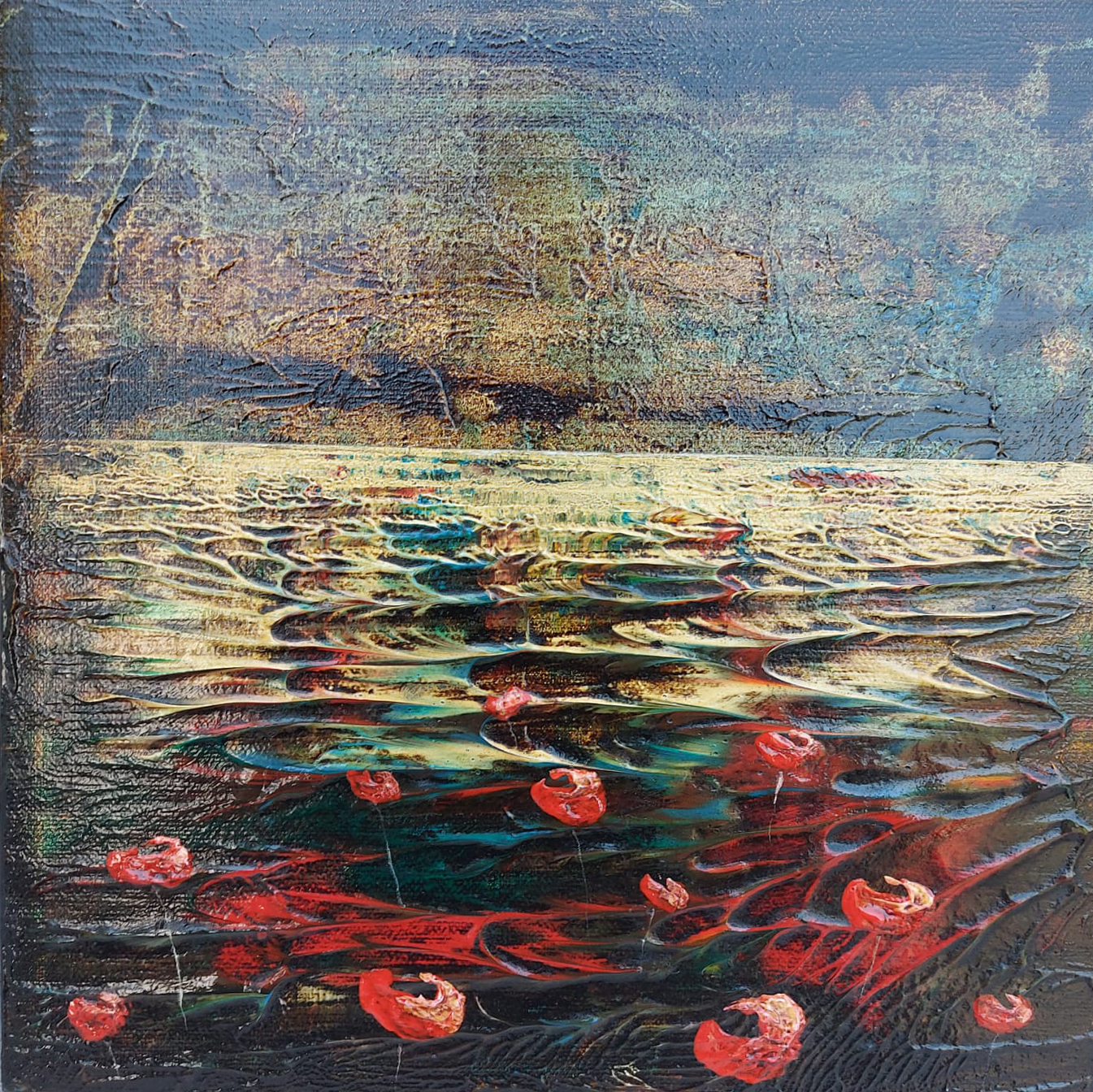 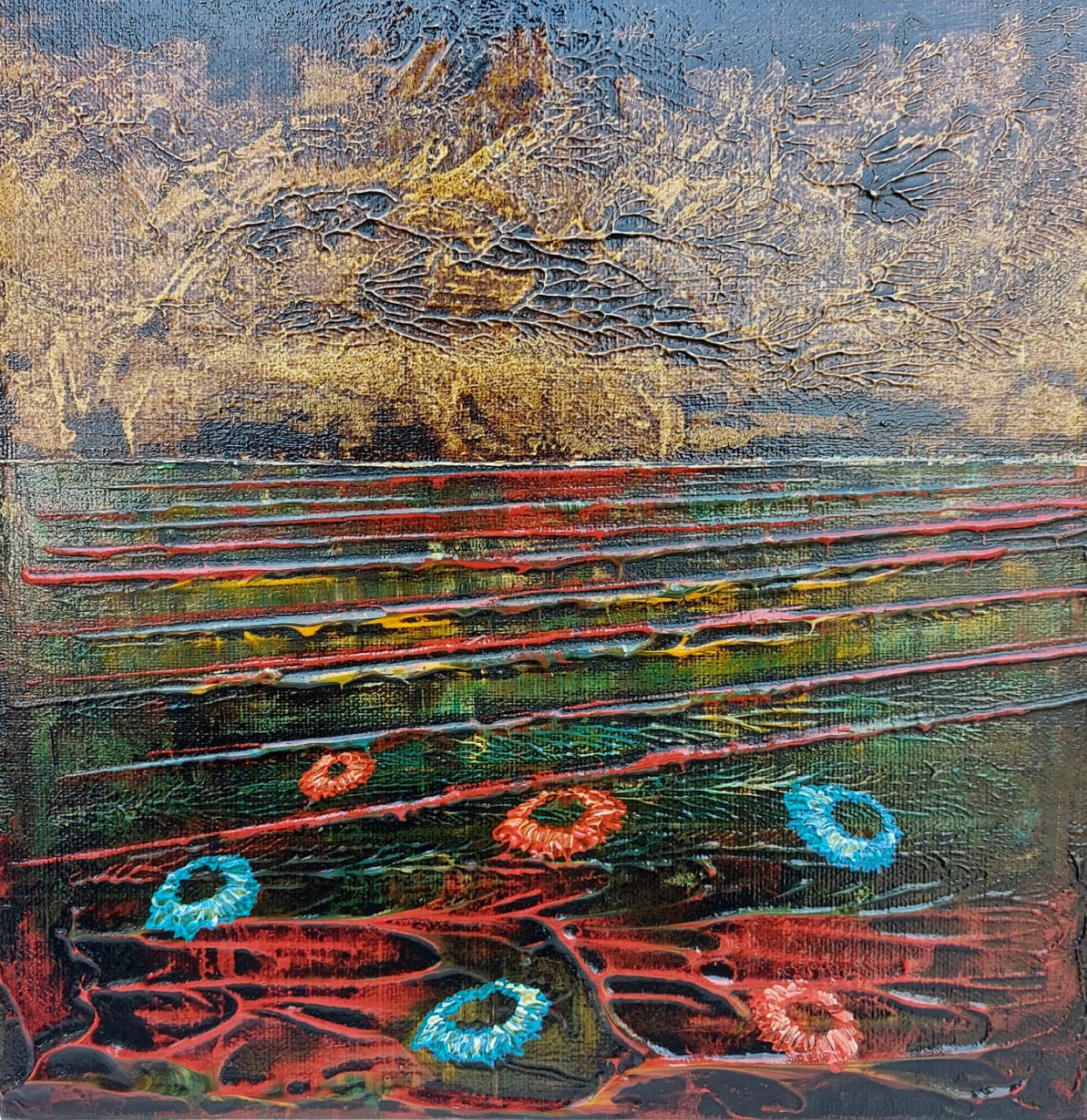 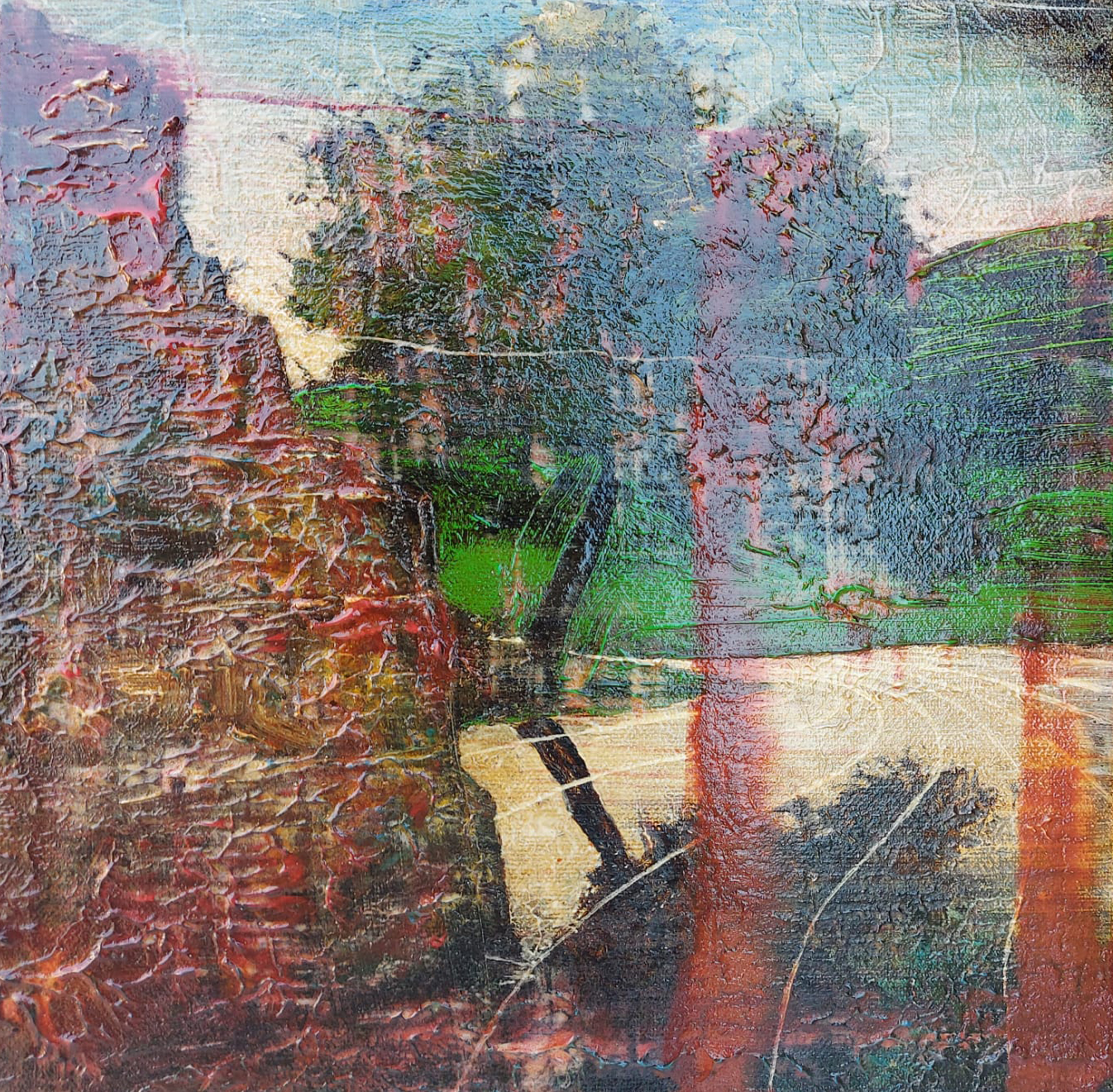 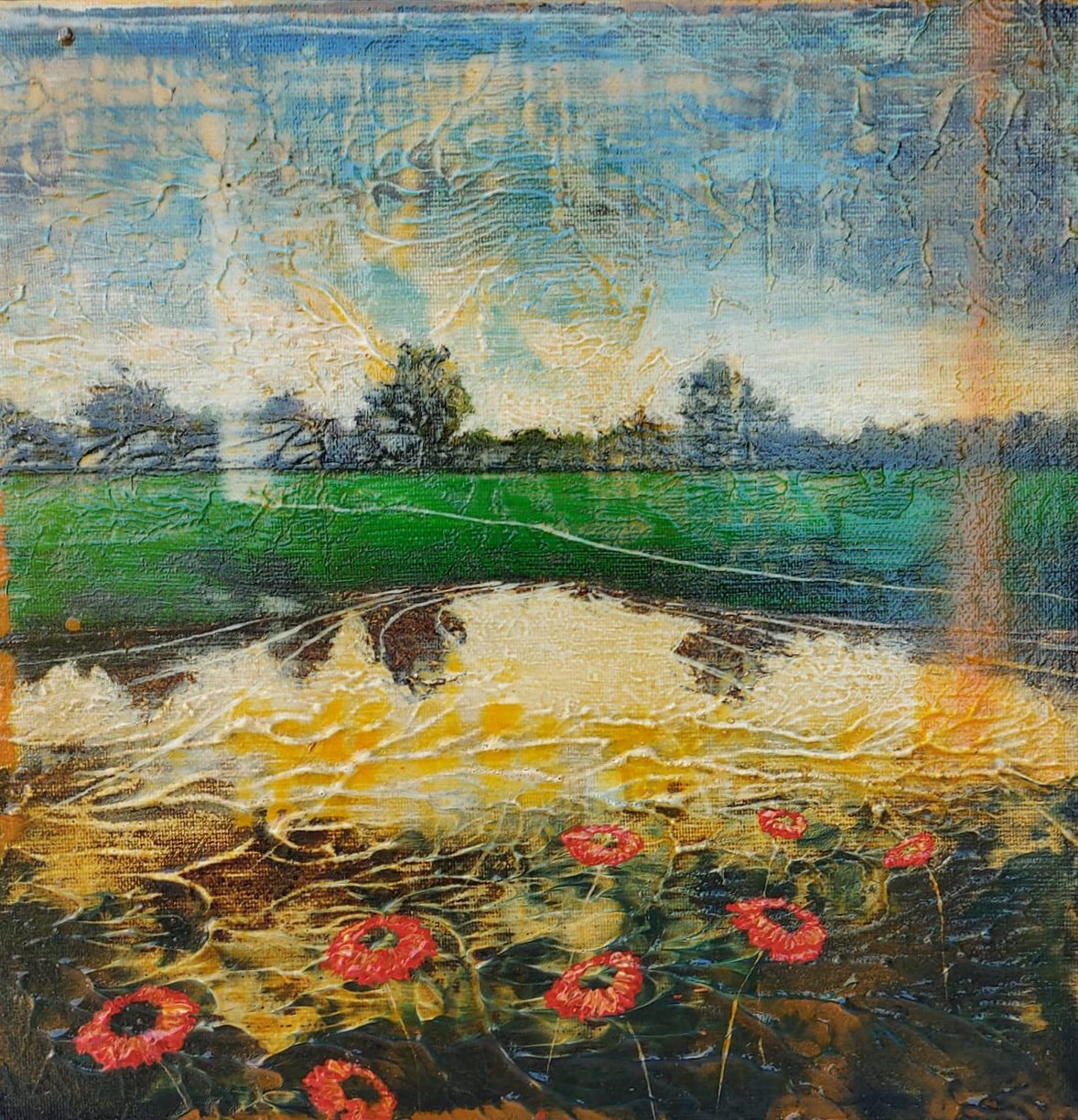 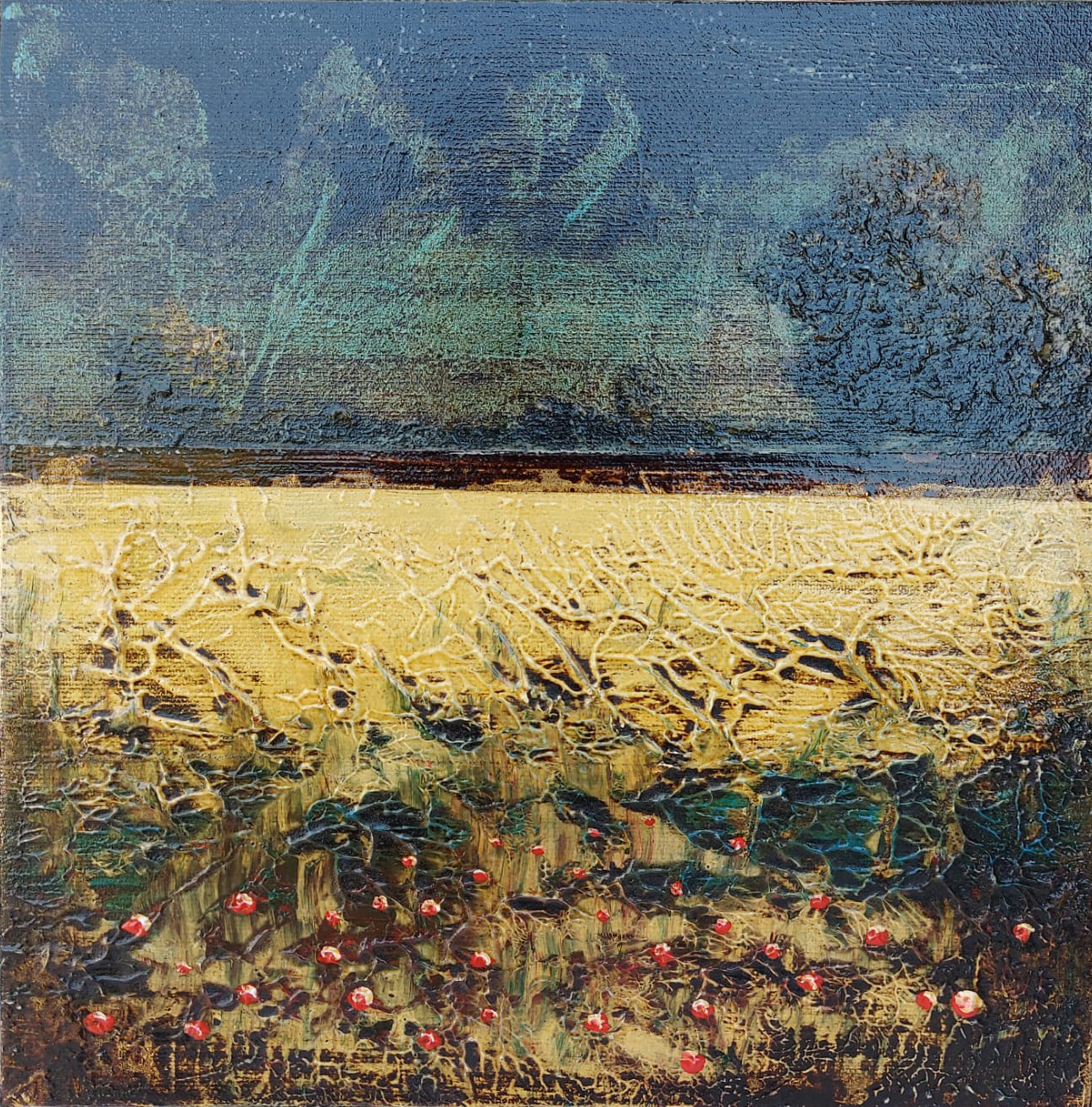 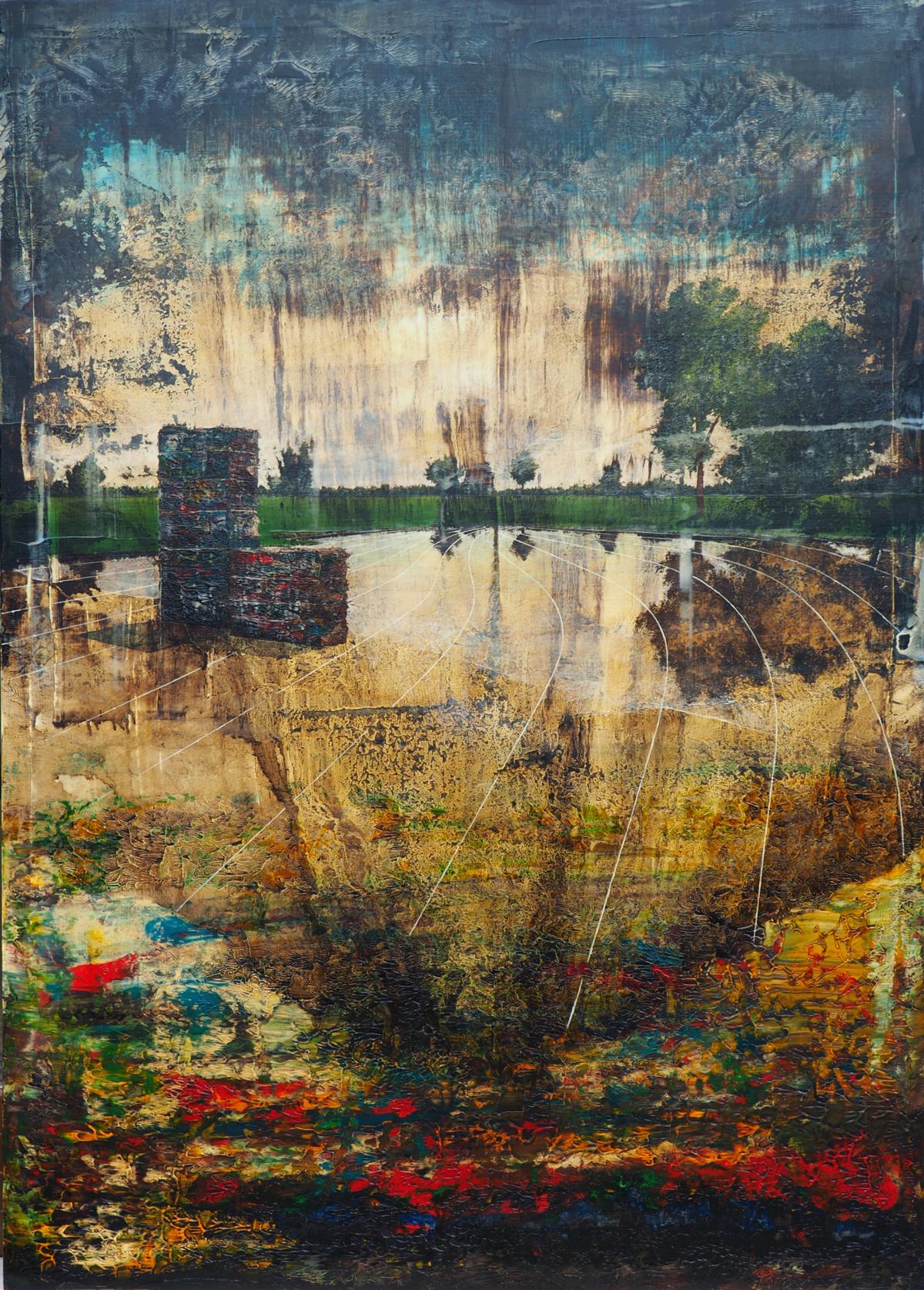 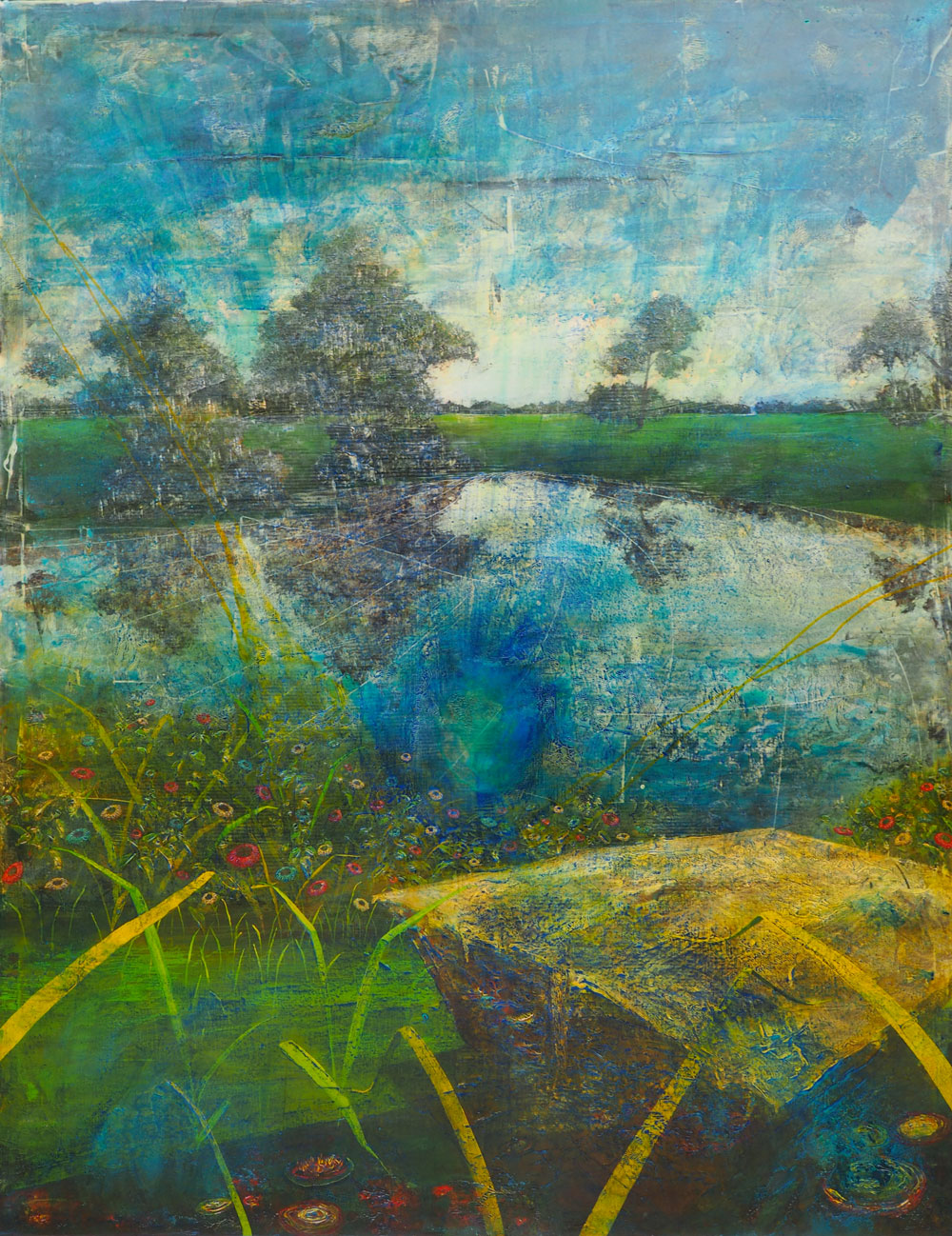 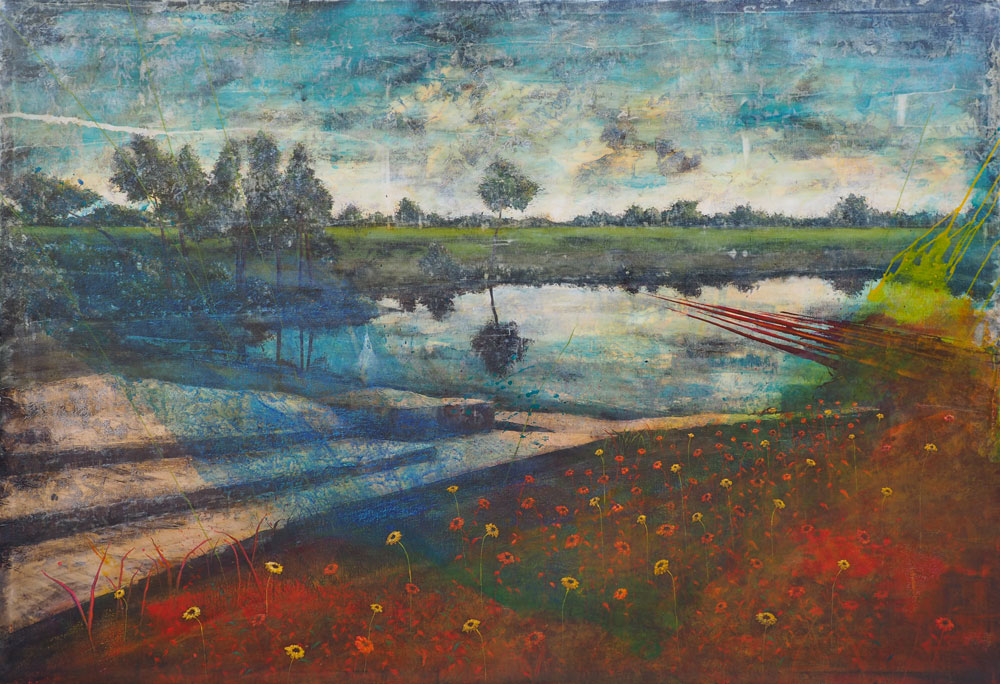 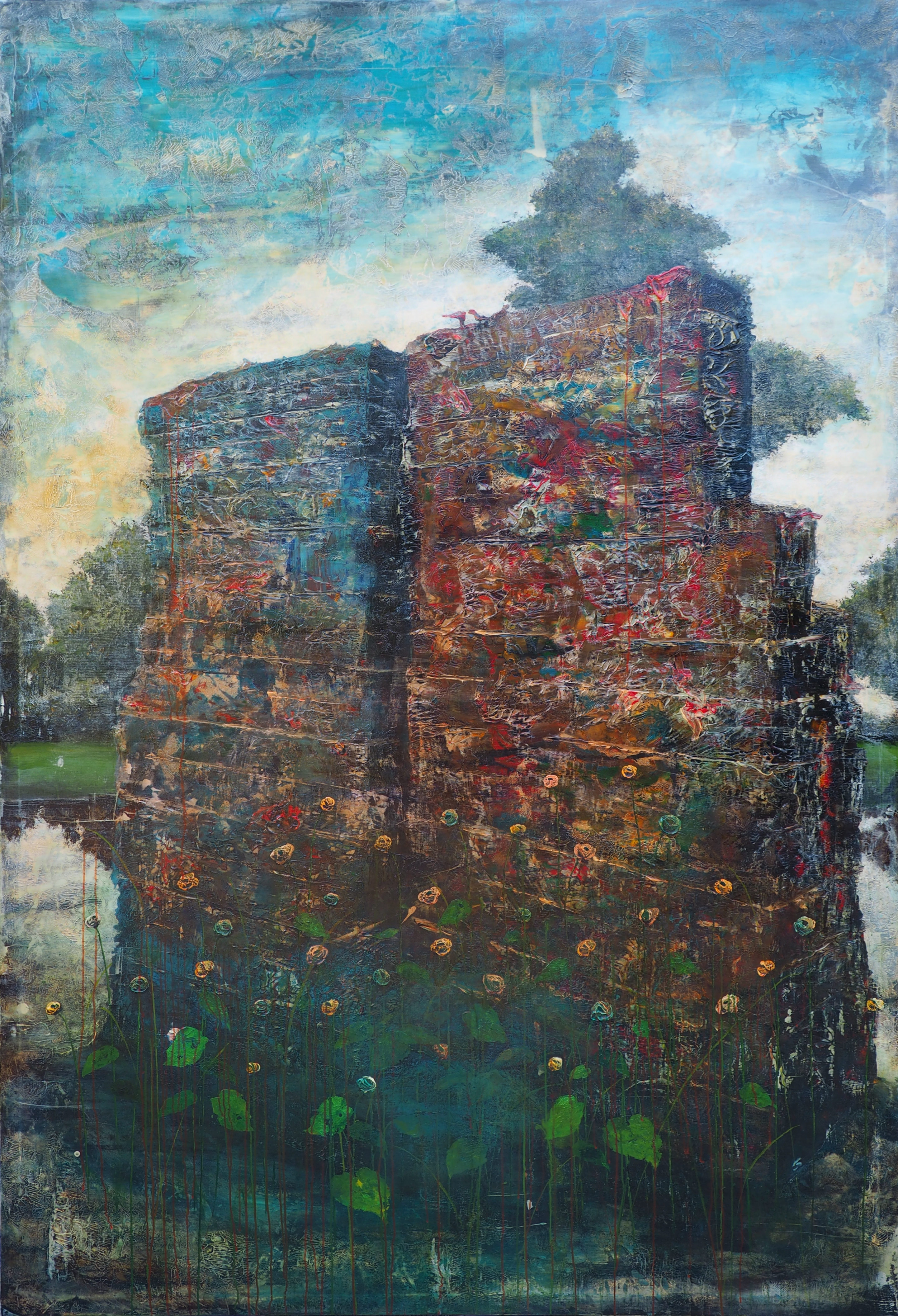