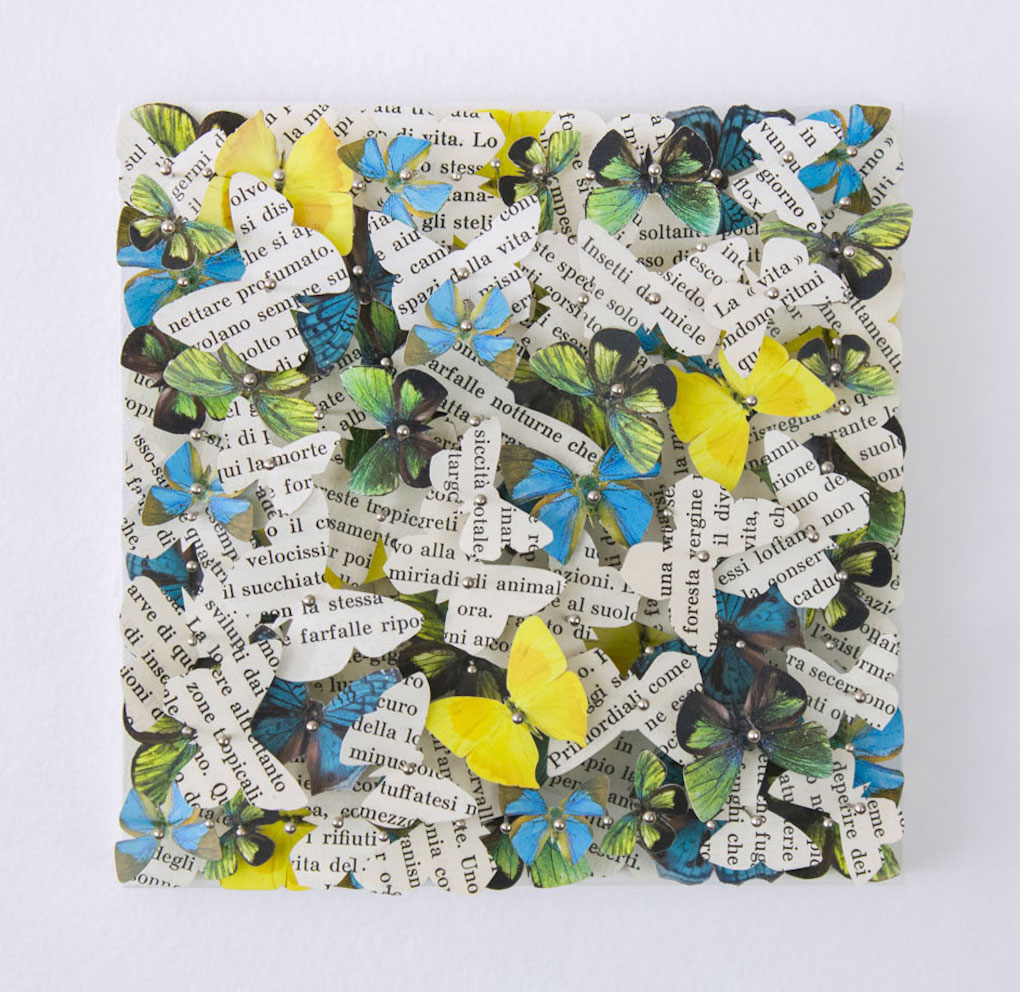 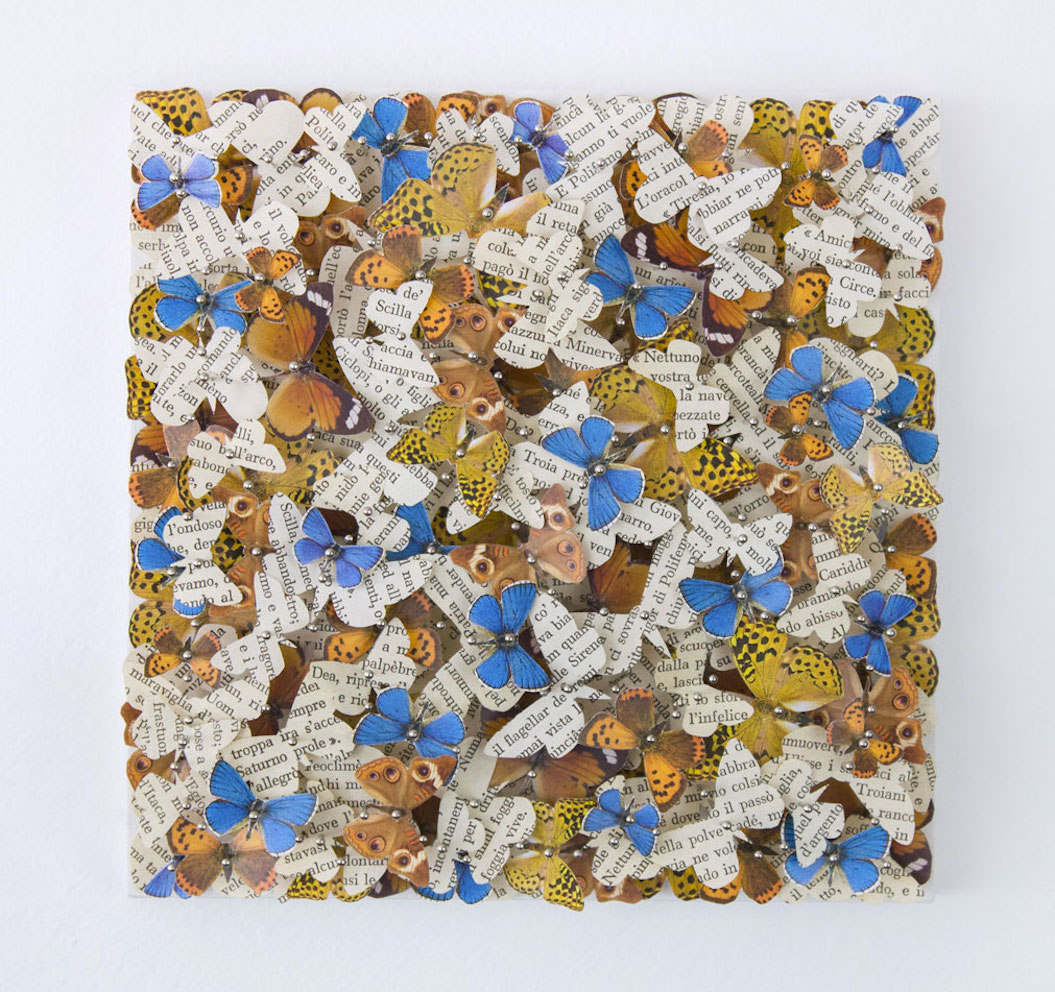 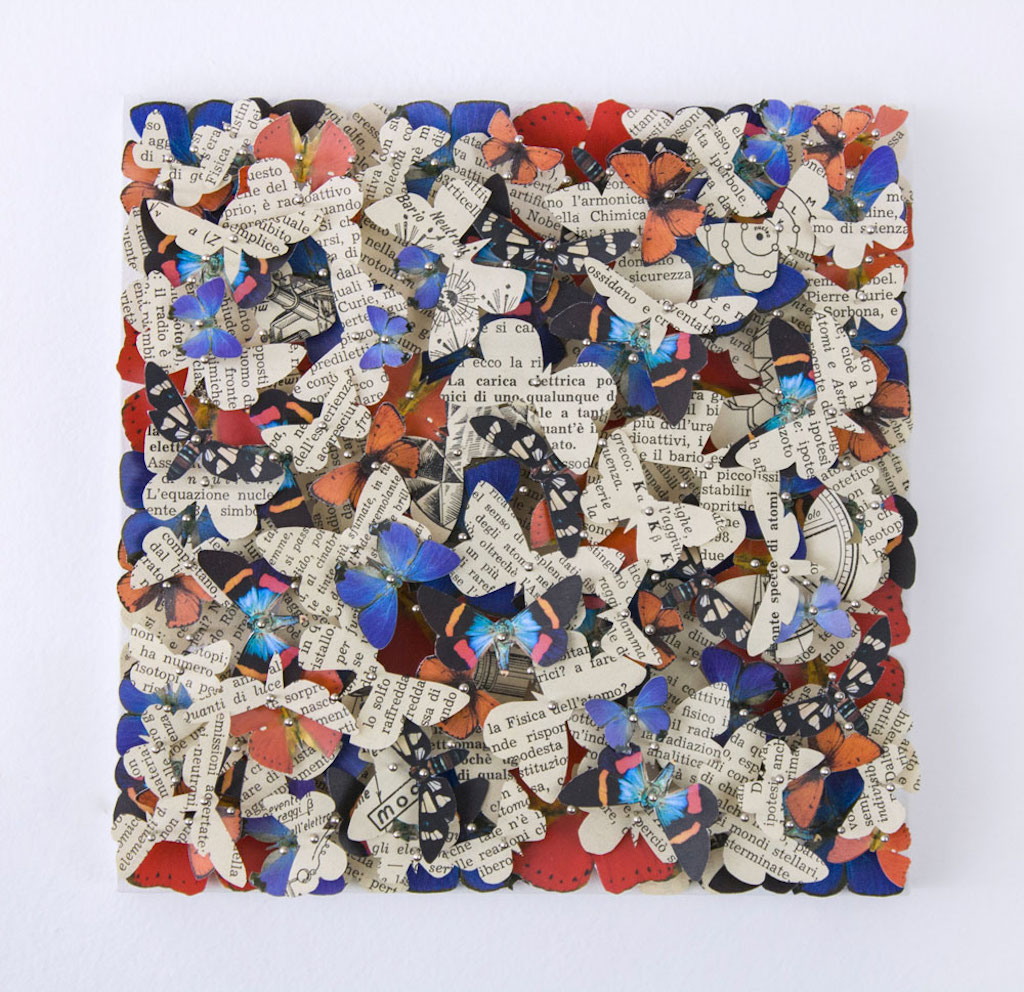 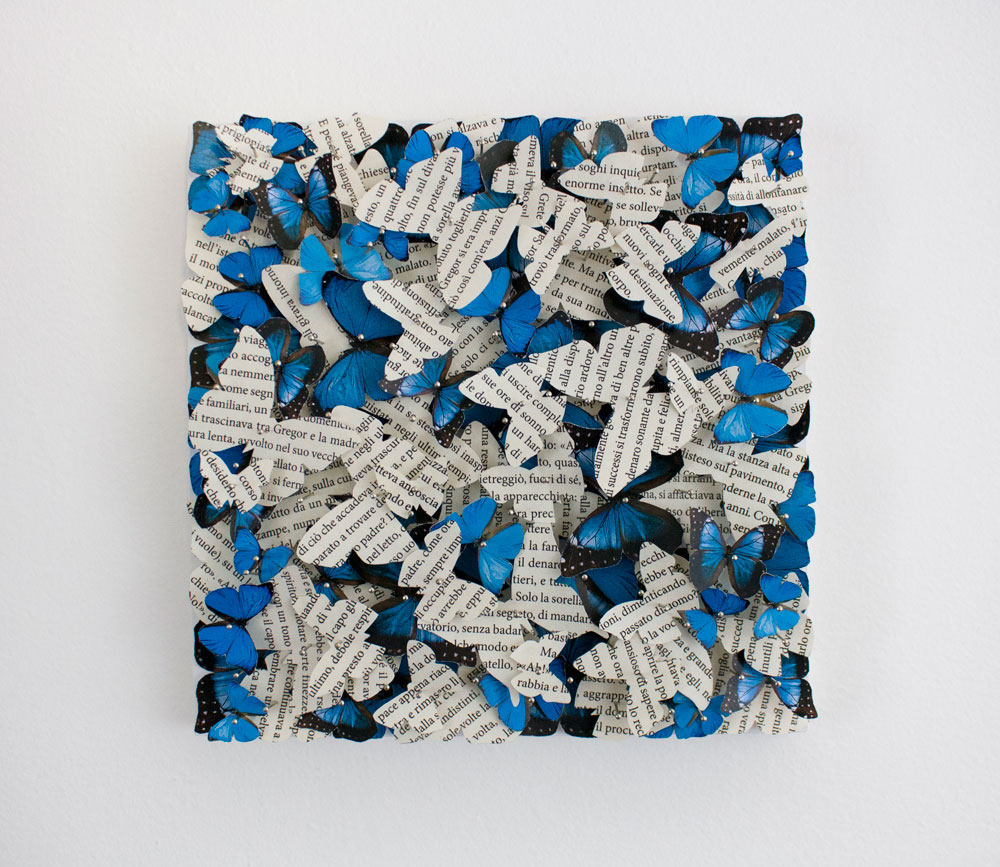 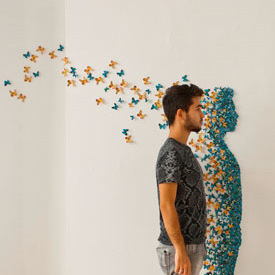 Michael Gambino's works are made of three-dimensional thickenings of paper butterflies (reproducing species that really exist in nature), hand-cut and fixed on the canvas with pins. His research is focused on the reconstruction of the laws that govern the universe (such as Lavoisier's law of conservation of mass "Nothing is created, nothing is destroyed, everything is transformed") through the living beings that inhabit it. He is inspired by the Chaos Theory of the mathematician E. Lorenz, according to which there is a logical system of connections and feedback loops that govern the events at temporal and spatial distances between them, of which the butterfly effect represents the underlying principle. The butterfly thus becomes the piece to represent the dynamics that govern natural, social, political and economic balances on our planet.

Michael Gambino was born in Varese in 1988. After studying science and biology, he graduates from the Brera Fine Arts Academy. Since 2012 he has exhibited in solo shows and group exhibitions in galleries and institutional spaces in Italy and abroad and he has regularly taken part in national and international art fairs, including Artefiera Bologna, ArtVerona and ArtLondon. Since 2013 he has joined the group The Italian Wave with which he has exhibited in Turkey, Greece, Romania and Lithuania. One of his works is permanently exhibited in MAR collection in Ravenna. Since 2018 his works are part of the decoration of the concept Hotel Elizabeth Unique in Rome, for which he has created a site-specific installation with 16 maps on the ceiling of the corridor. He has been invited to create a representative logo for Rome's candidacy for 2024 Olympic Games. He lives and works in Vergiate (VA).