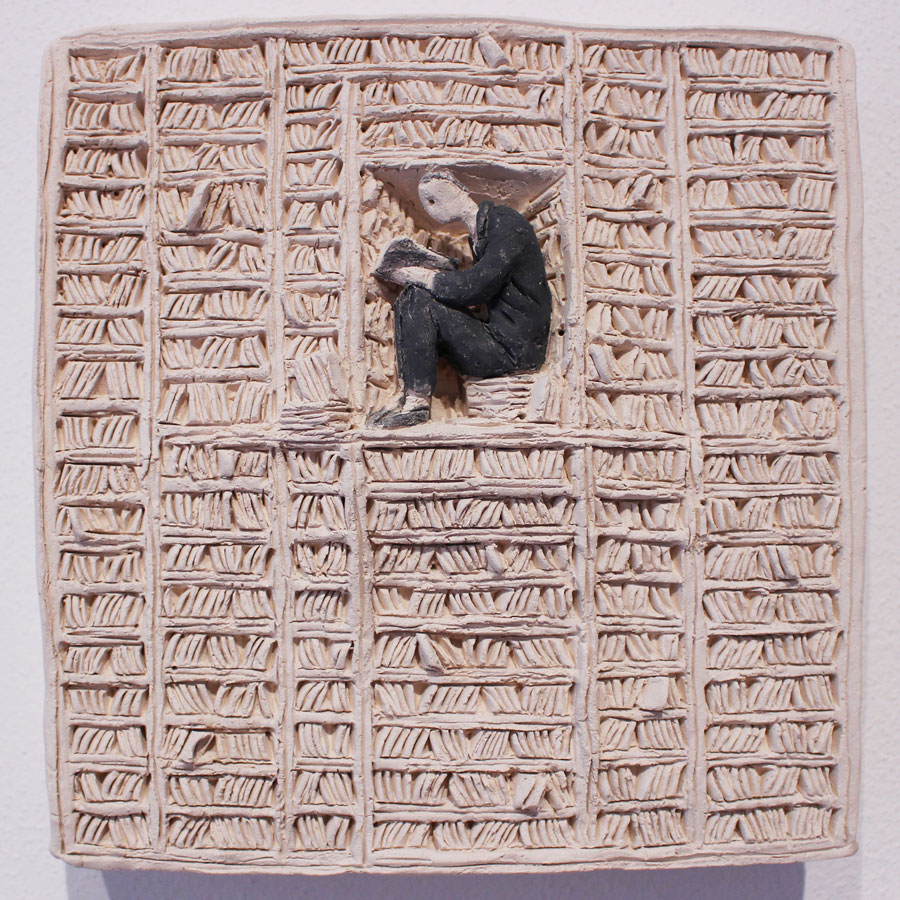 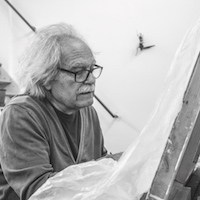 rom the '90s Pino Deodato's artistic expression has been characterised by a magic realism that, finding ispiration in the channels of his memory, gives rise to authentic metaphors of life. This path has continued into the new millennium: Deodato, humanist and alchemist of the image, always moving between sculpture and painting, continues to narrate the history of mankind with a stern and kind, sharp and poetic look, open to the marvellous and fantastic.

Pino Deodato was born in Nao, Vibo Valentia, in 1950. He arrived in Milan in 1969. Here he attended the Brera Academy and came into contact with some exponents of the Milanese art, becoming the assistant to Giangiacomo Spadari. He came to know the French artistic environment during the '70s, a time when culture went hand in hand with political and social events. Deodato developed his artistic creations around these actions. He exhibited in public and private locations in Italy and abroad and he often exhibits his work into Art Fairs. He lives and works in Milan.