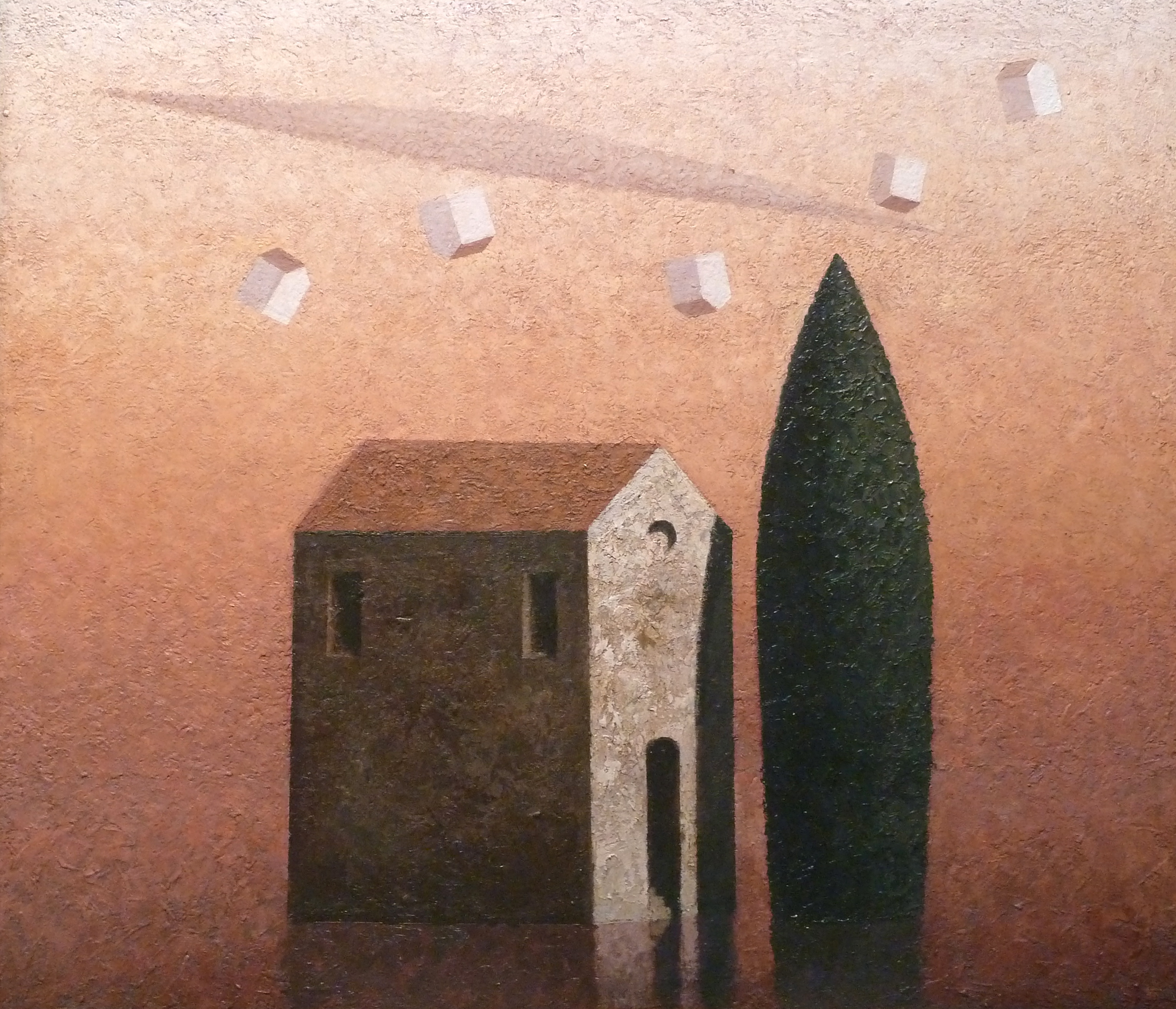 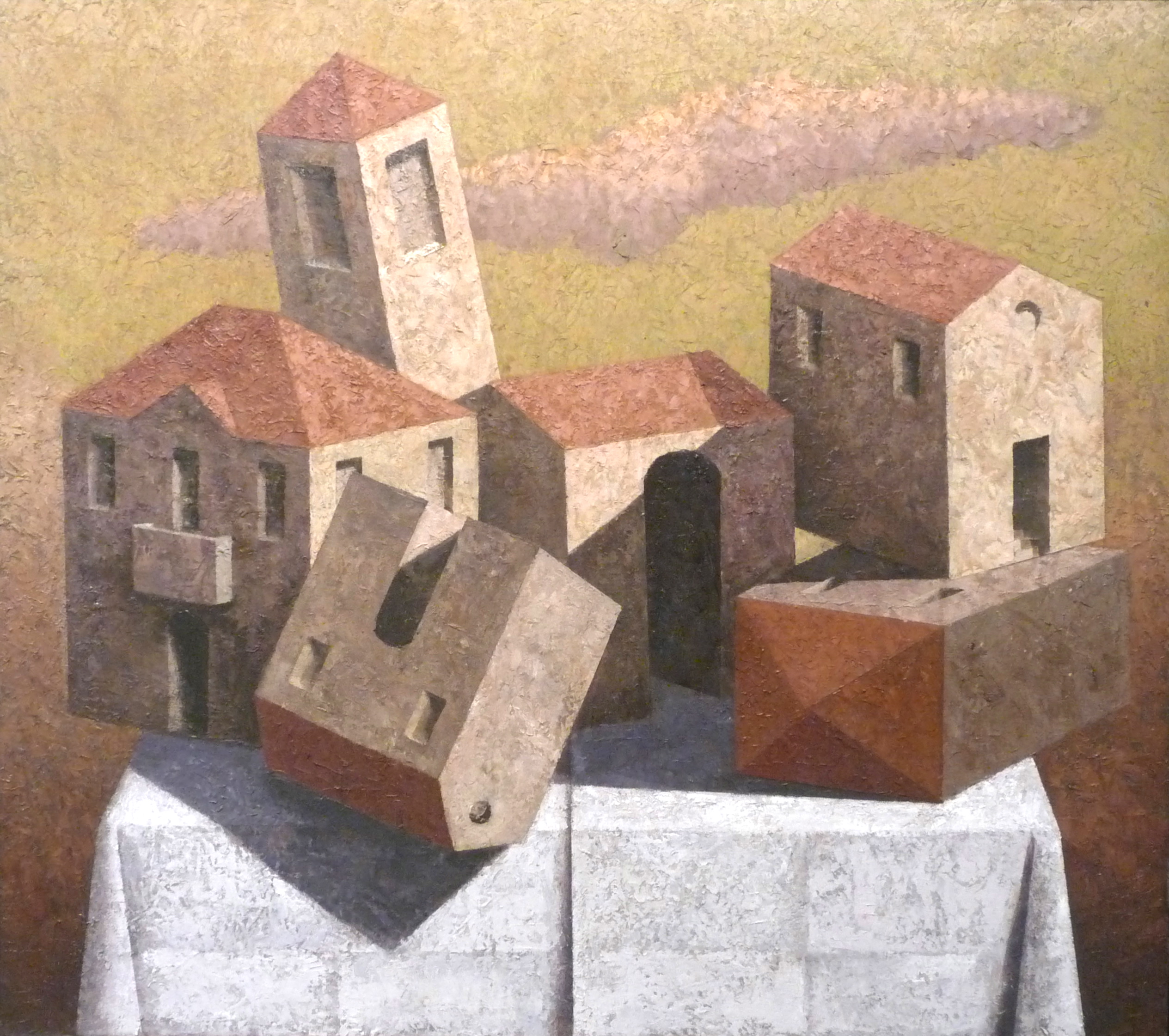 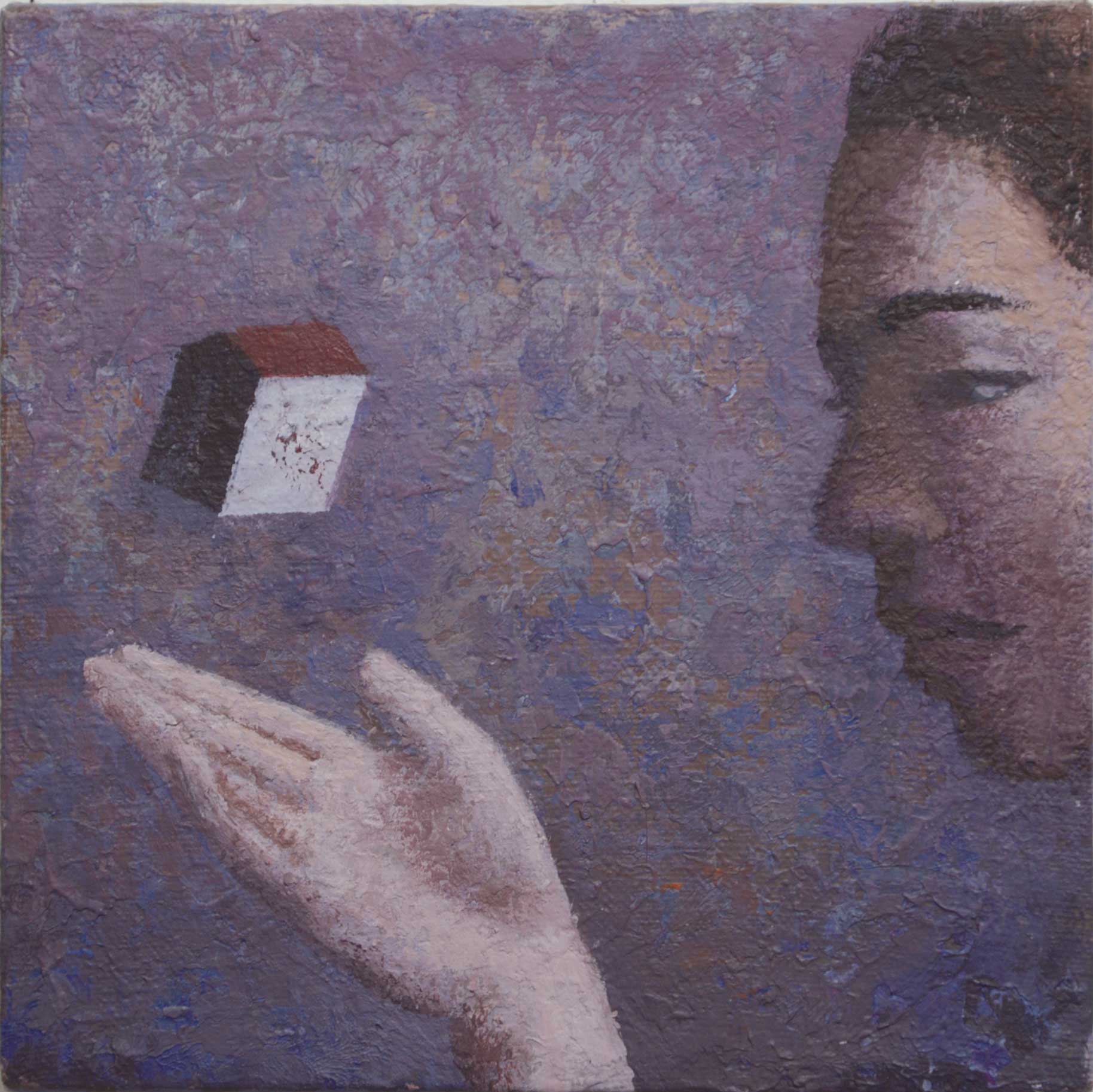 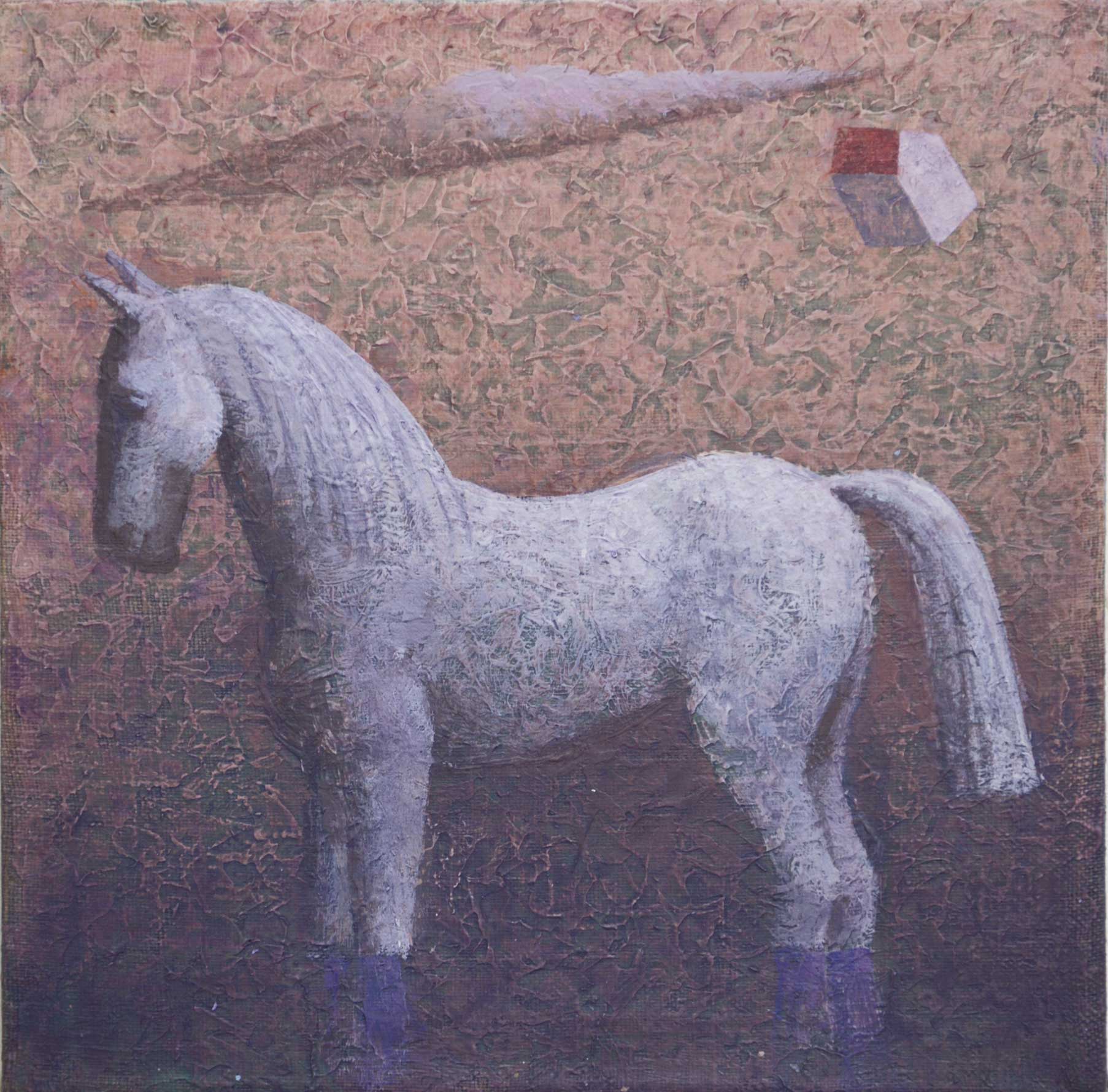 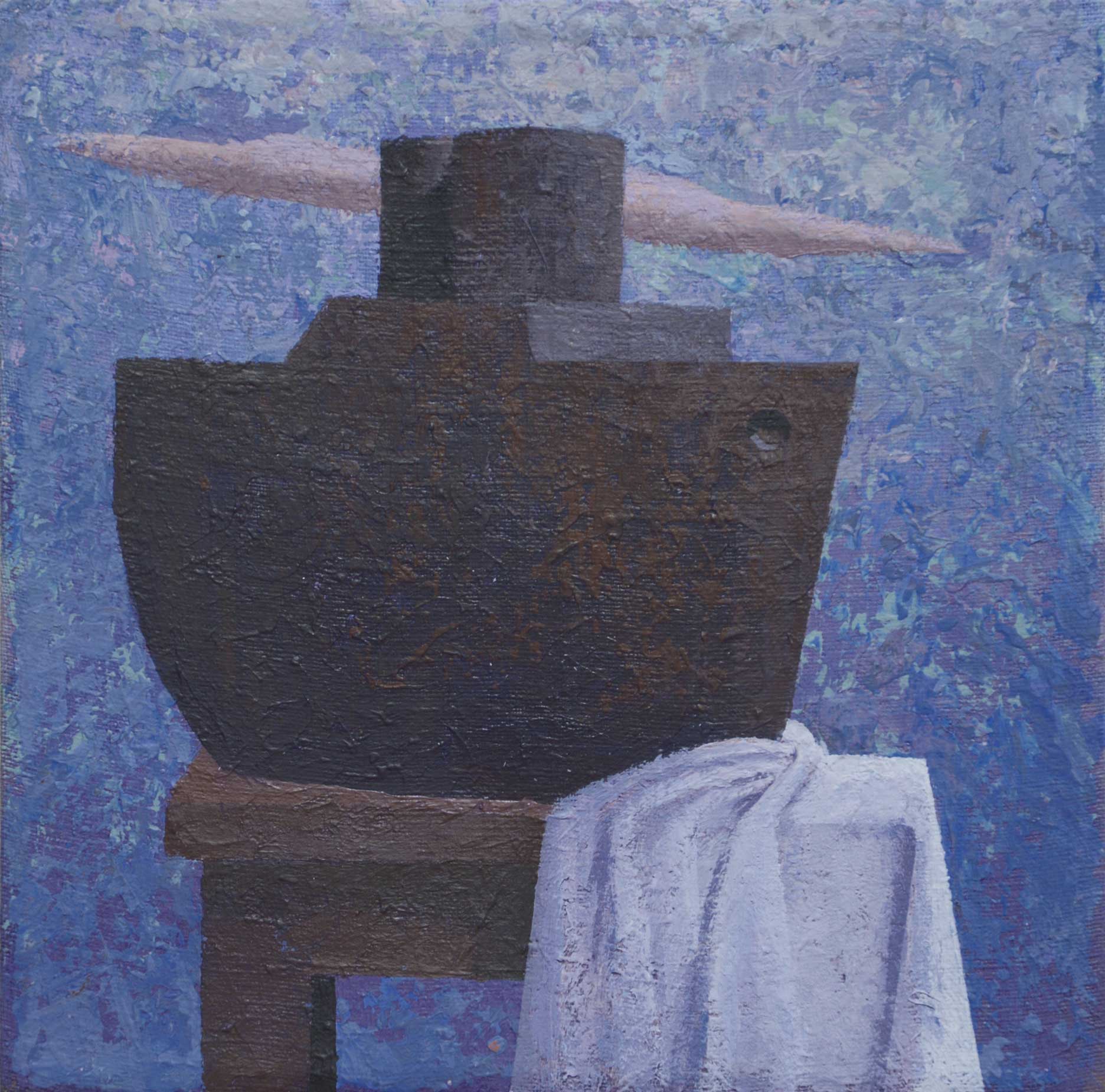 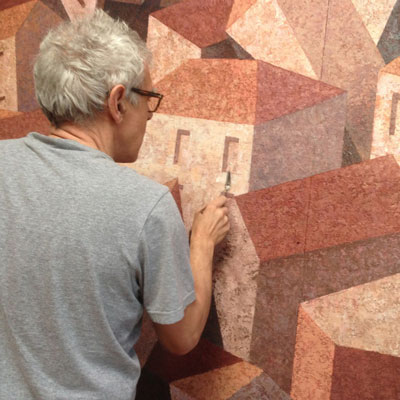 Matthias Brandes' stony and rough landscapes, whose houses, trees, sea and sky seem to be carved in the same granite. Brandes perfectly describes the reaction produced by his paintings: an immediate sense of peace, caused by the precise and reassuring structures, followed by the fear hidden in the dense shadows, the blind windows, the narrow doors which cannot be entered, the compact foliage never shaken by the wind and the solid sky, almost a cover sealing the atmosphere. A metaphysical world, filled with Giotto's reminiscences, for the turgid volumes, Sironi's echoes within the dark perspectives and Morandi's suggestions for the static regality of the objects.

Born in Bochum in 1950. He studied at the Academy of Fine Arts and at the University of Hamburg. Since 1985 he regularly participates into solo and group exhibitions and is invited to the most important art fairs. His works belong to public and private collections. In 2012, during the Olympic Games, the OFA (Olympic Fine Arts, Beijing) bought one of his works to exhibit it at the Creative Cities Collection Fine Arts Exhibition in London. He lives and works in Meolo (Venice).