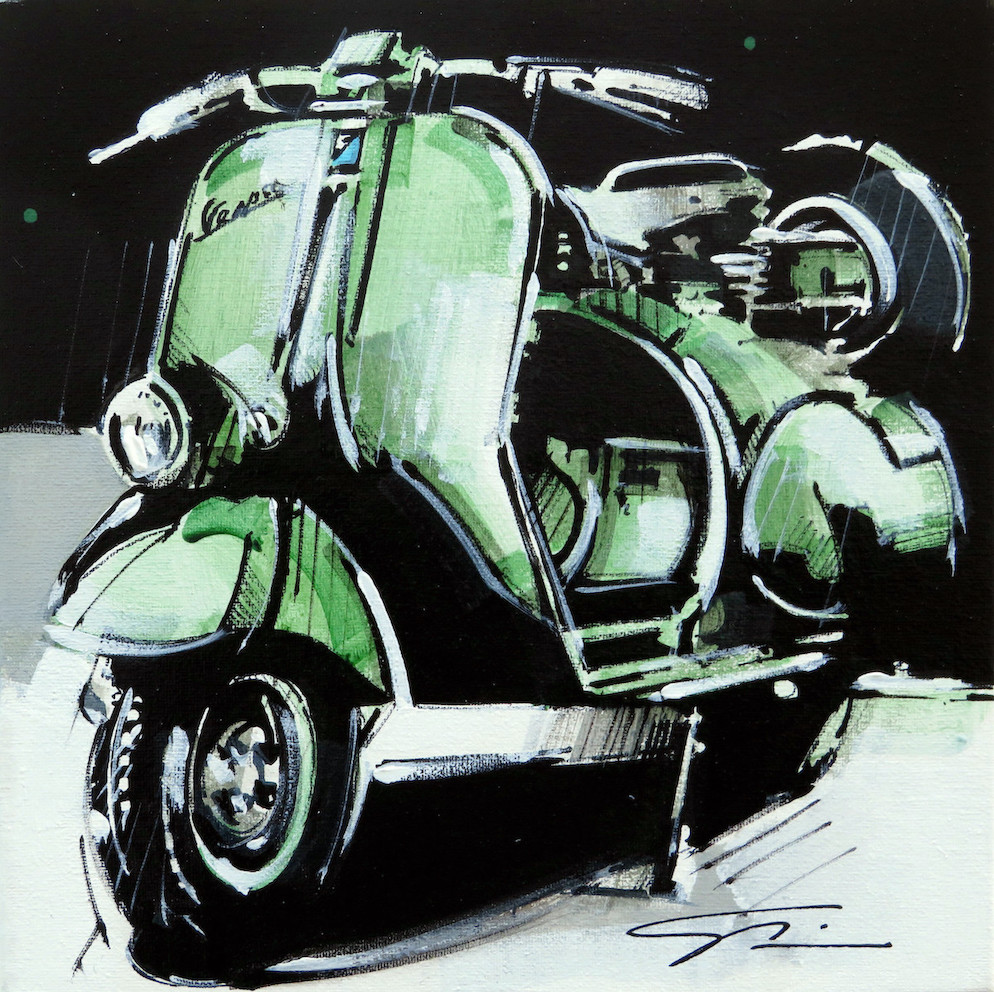 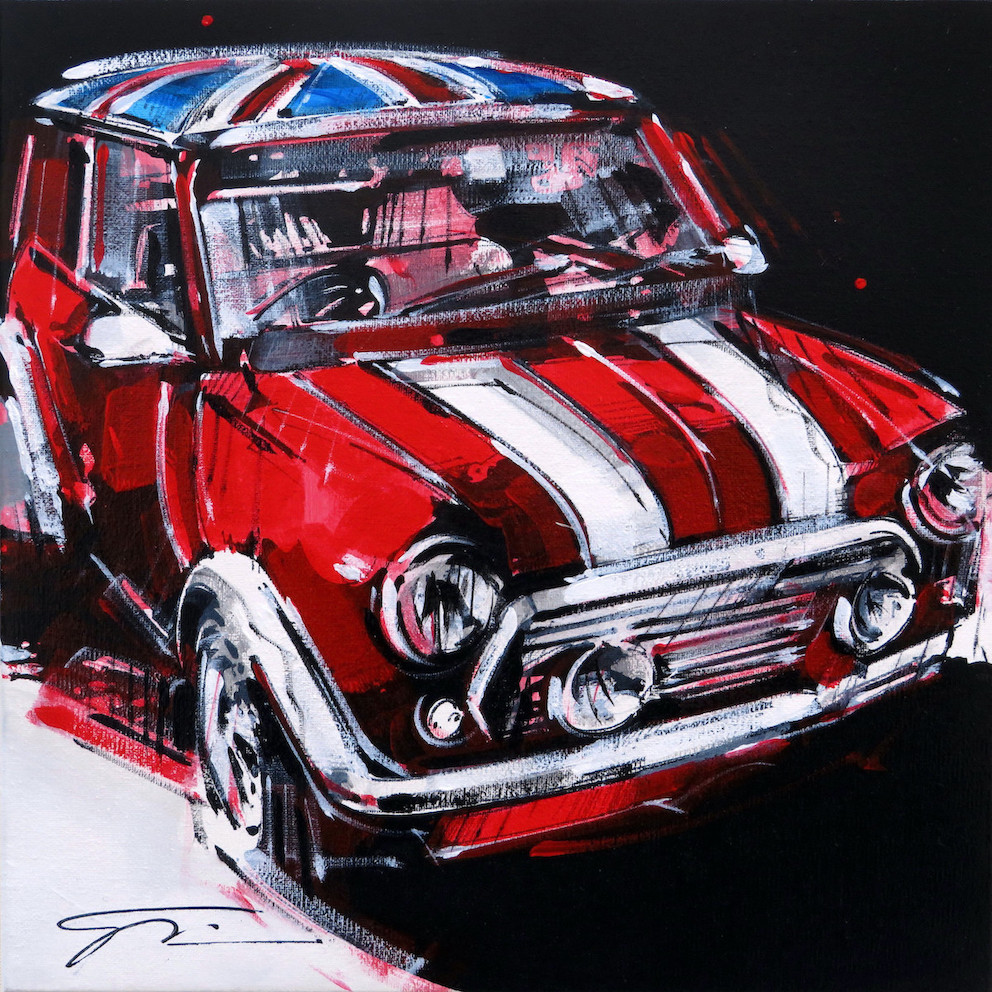 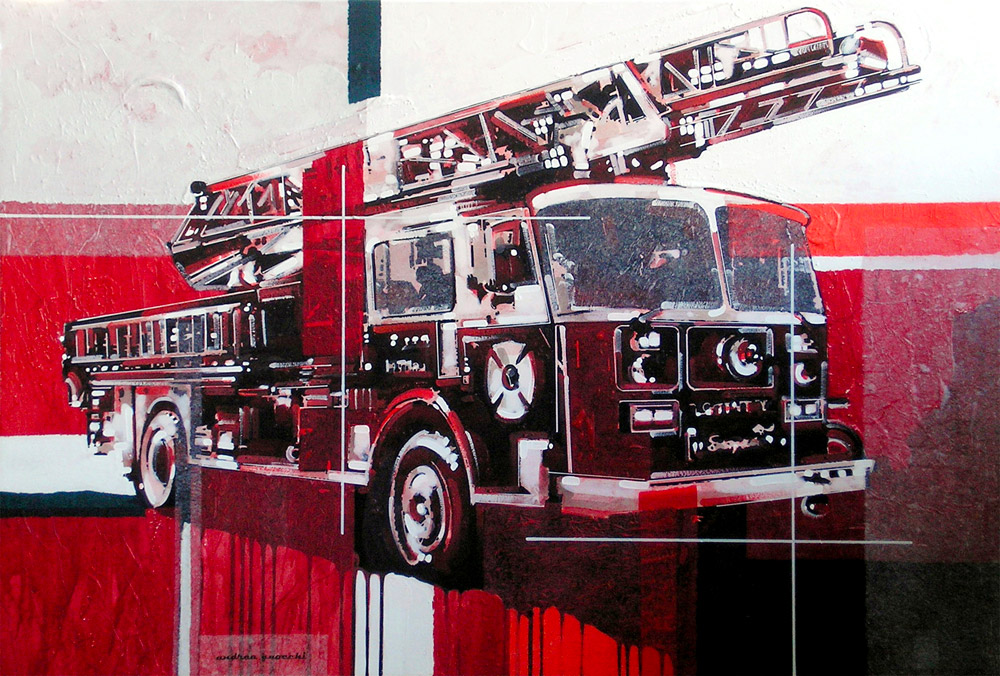 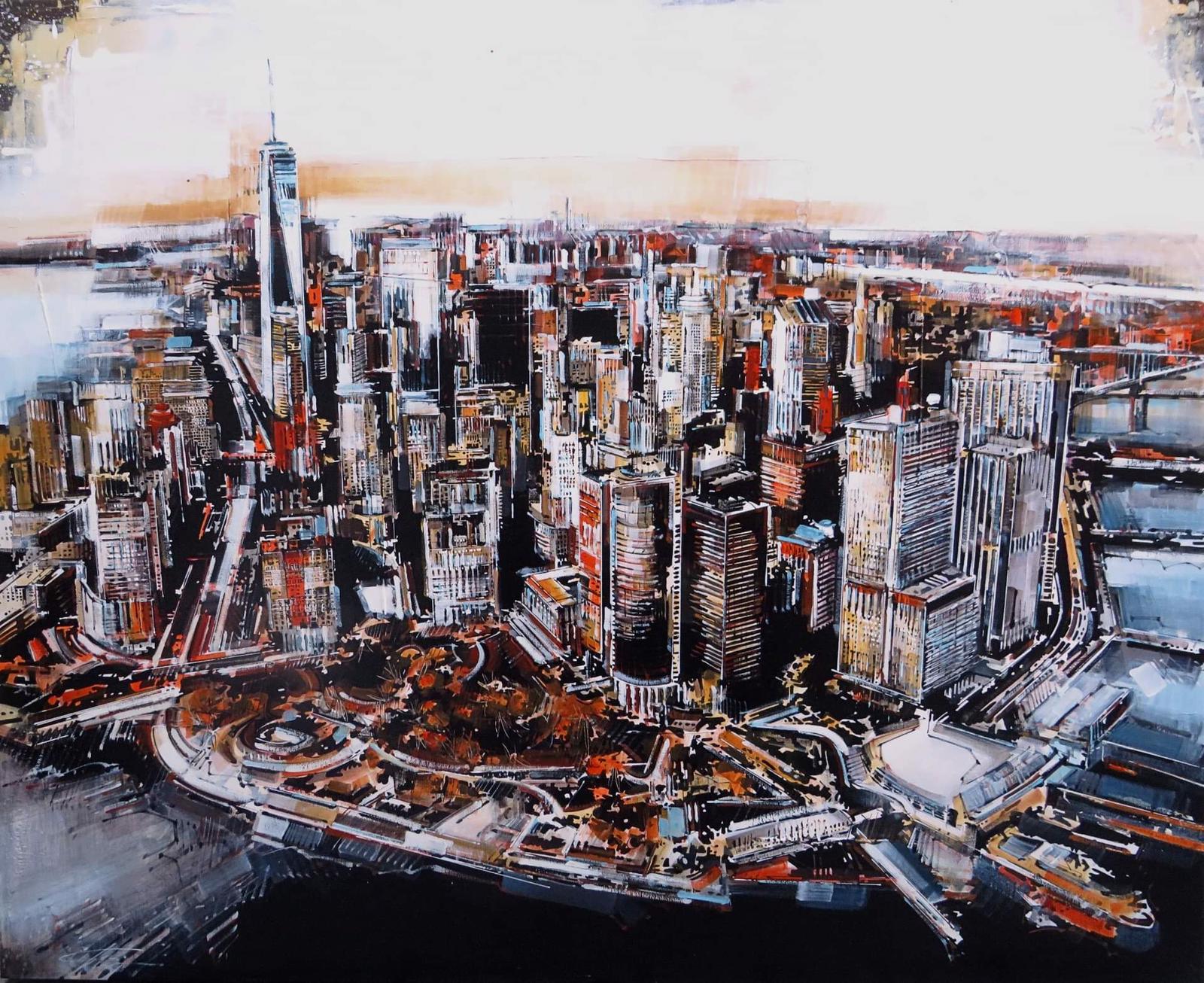 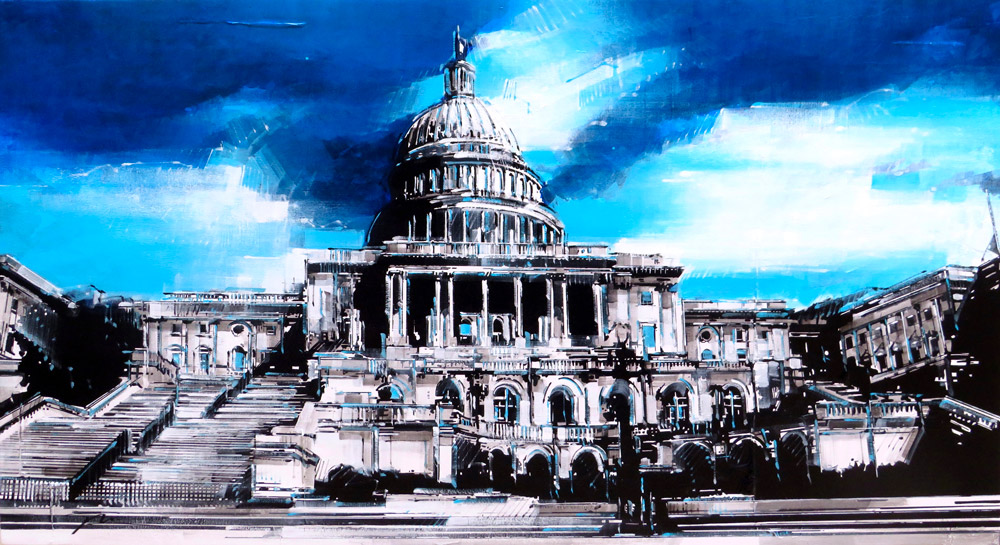 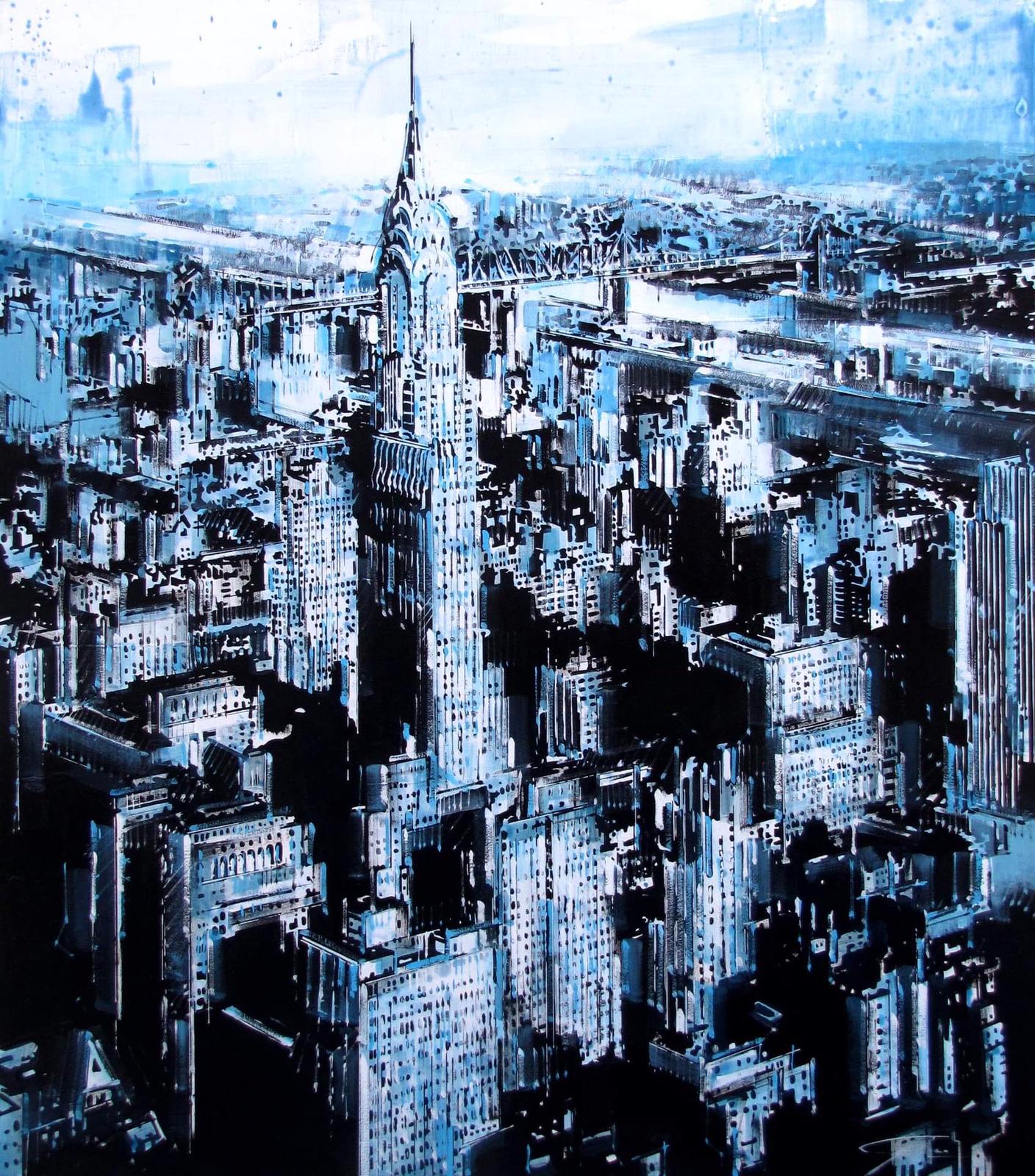 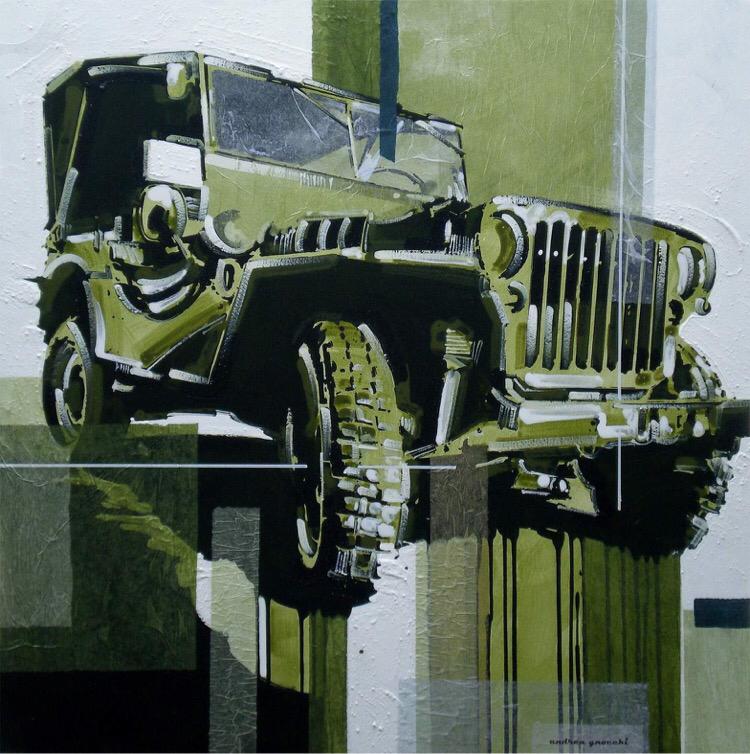 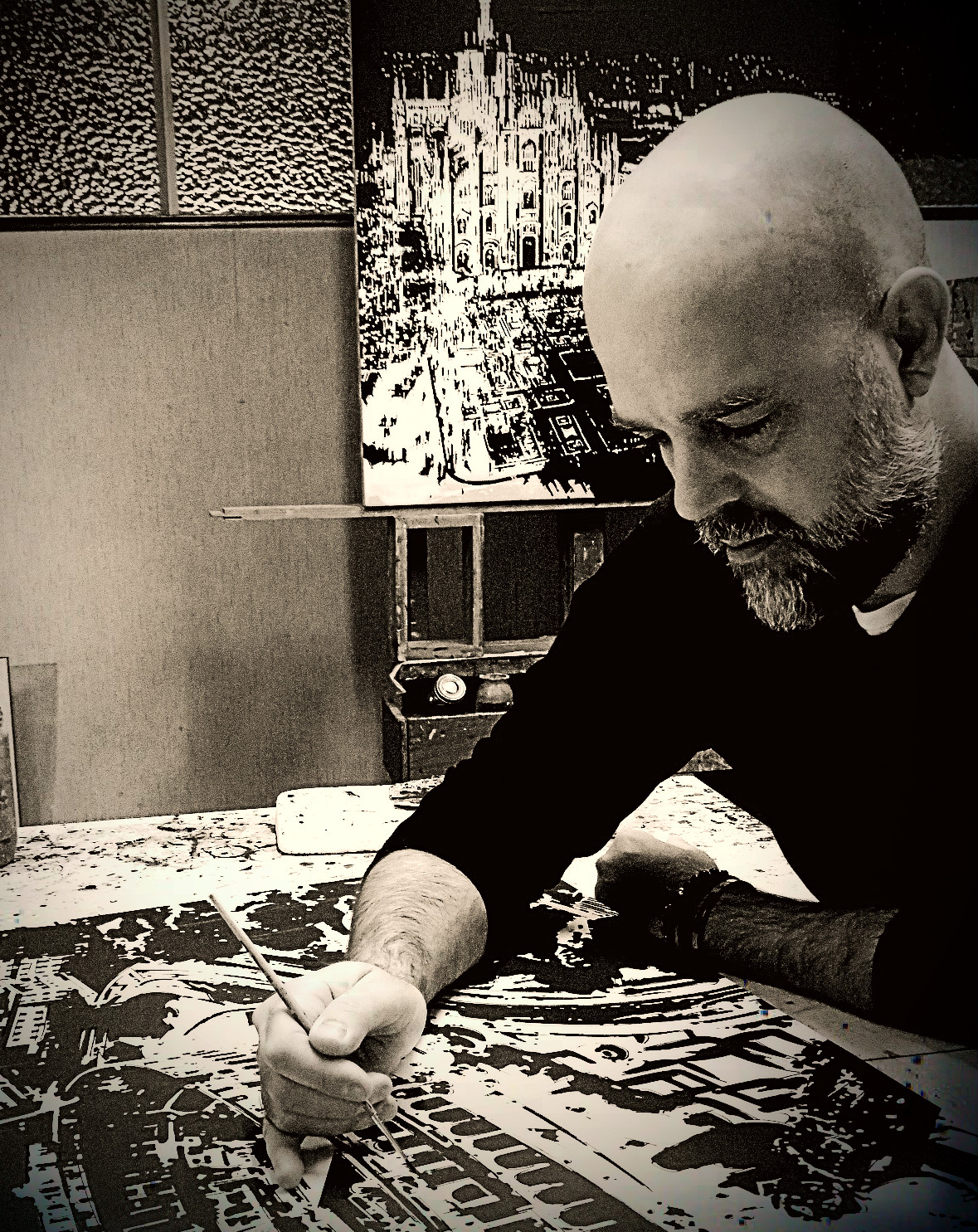 Andrea Gnocchi creates his paintings by taking away from the image any superfluous detail, thus reducing the subjects to abstract counterpoints of blacks and whites and then letting an extraordinary chromatism overflow in a way that it could emphasize a subtle sense of unreality. He has always painted iconic places and objects, images that are recognizable at a first glance and that however bring a sort of metaphysical timelessness.

He was born in 1975, in Gallarate, in the province of Varese. He is the third generation of a family of painters and began his artistic training within the walls of his father's art studio. He then attended a Fine Arts College and later The Academy of Belle Arti di Brera, Milan. After a variety of experiences within painted wall murals and advertising fields, he realized that painting was his true path.  He thus started researching different media and painting techniques, whilst approaching modern art without, however, forgetting studies carried out by the Old Masters. Since 2001 he has become a professional artist. He began collaborating with various art dealers who spread his works through exhibition channels. He then moved on to be represented, by both national and international art galleries, in a crescendo of both quality and importance. He has taken part in approximately one hundred group and solo exhibitions, amongst them, the exhibition “Iconic” at Piaggio Museum in Pontedera in 2015 and the exhibition “Kubrick tra cinema e pittura” at Palazzo Ducale in Lucca in partnership with Lucca Film Festival Europa Cinema in April, 2019. He lives and works in Gallarate, Varese.