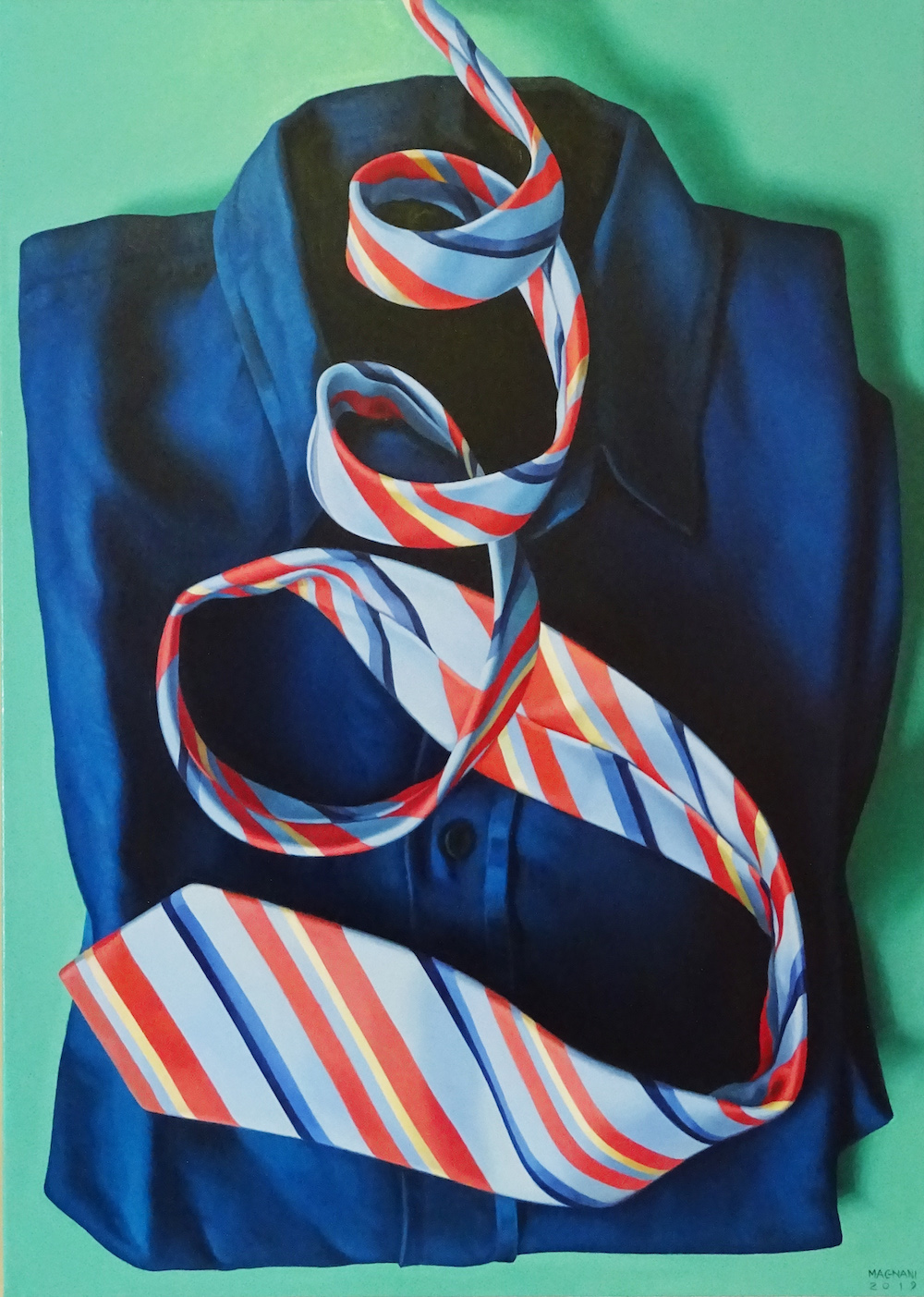 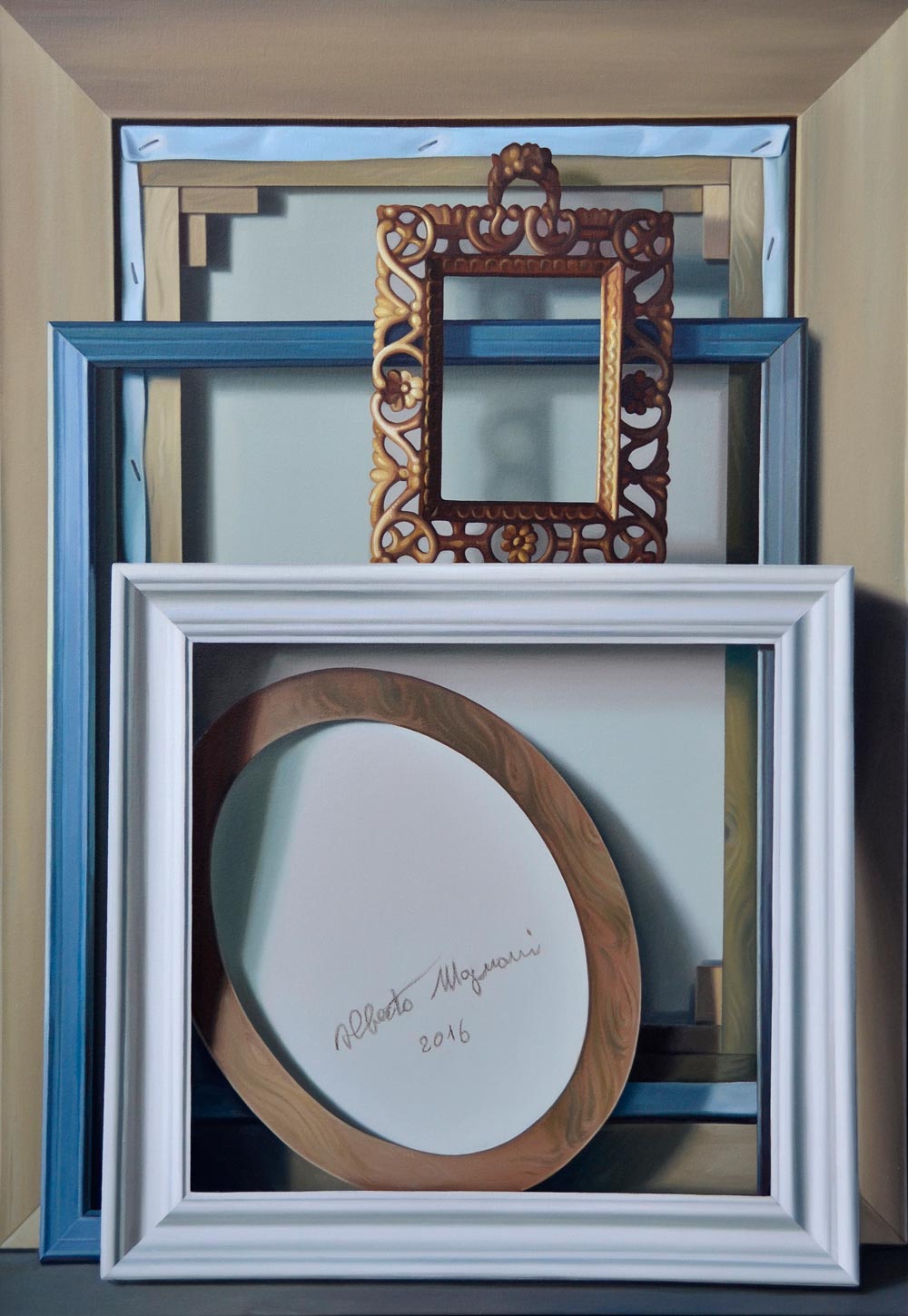 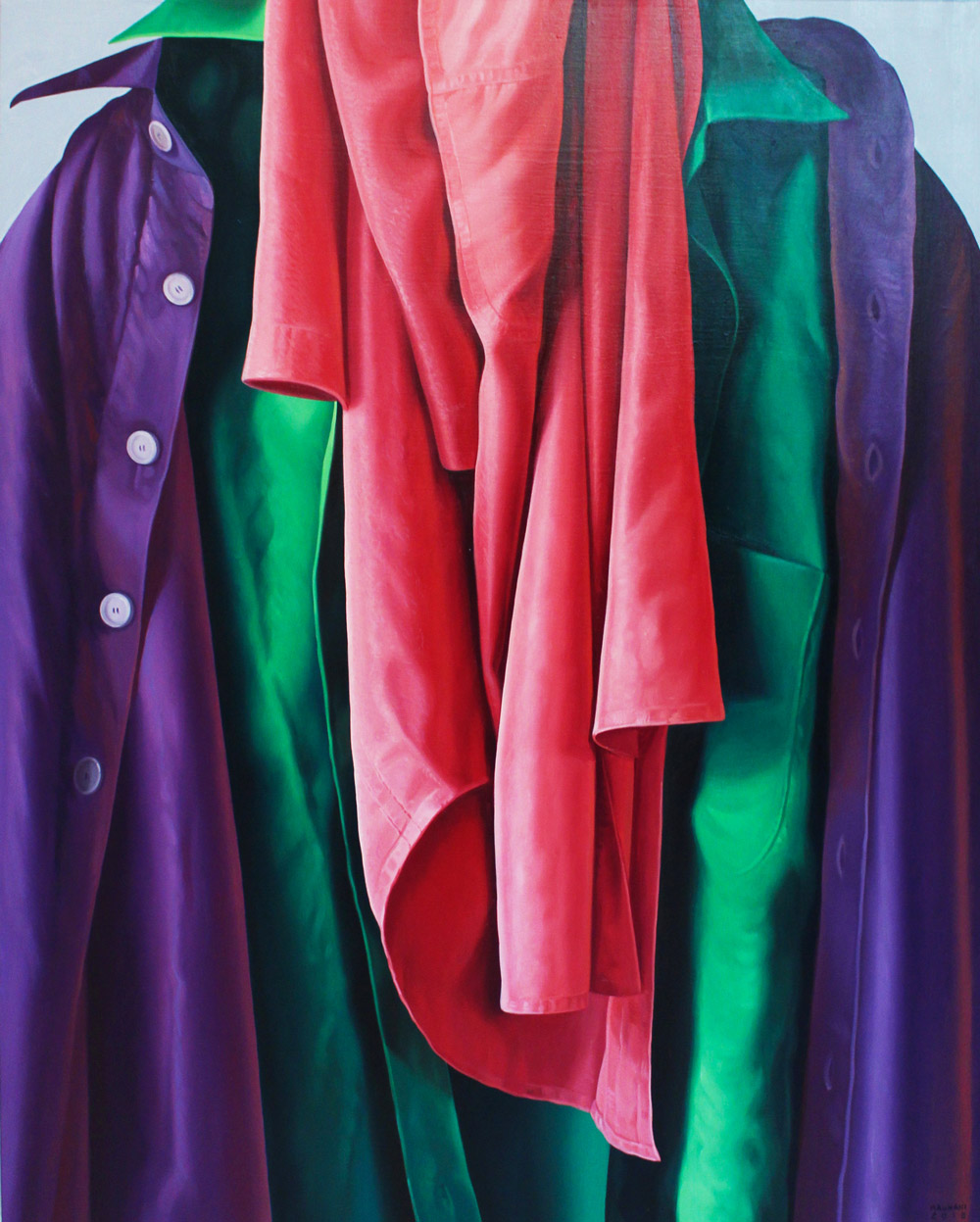 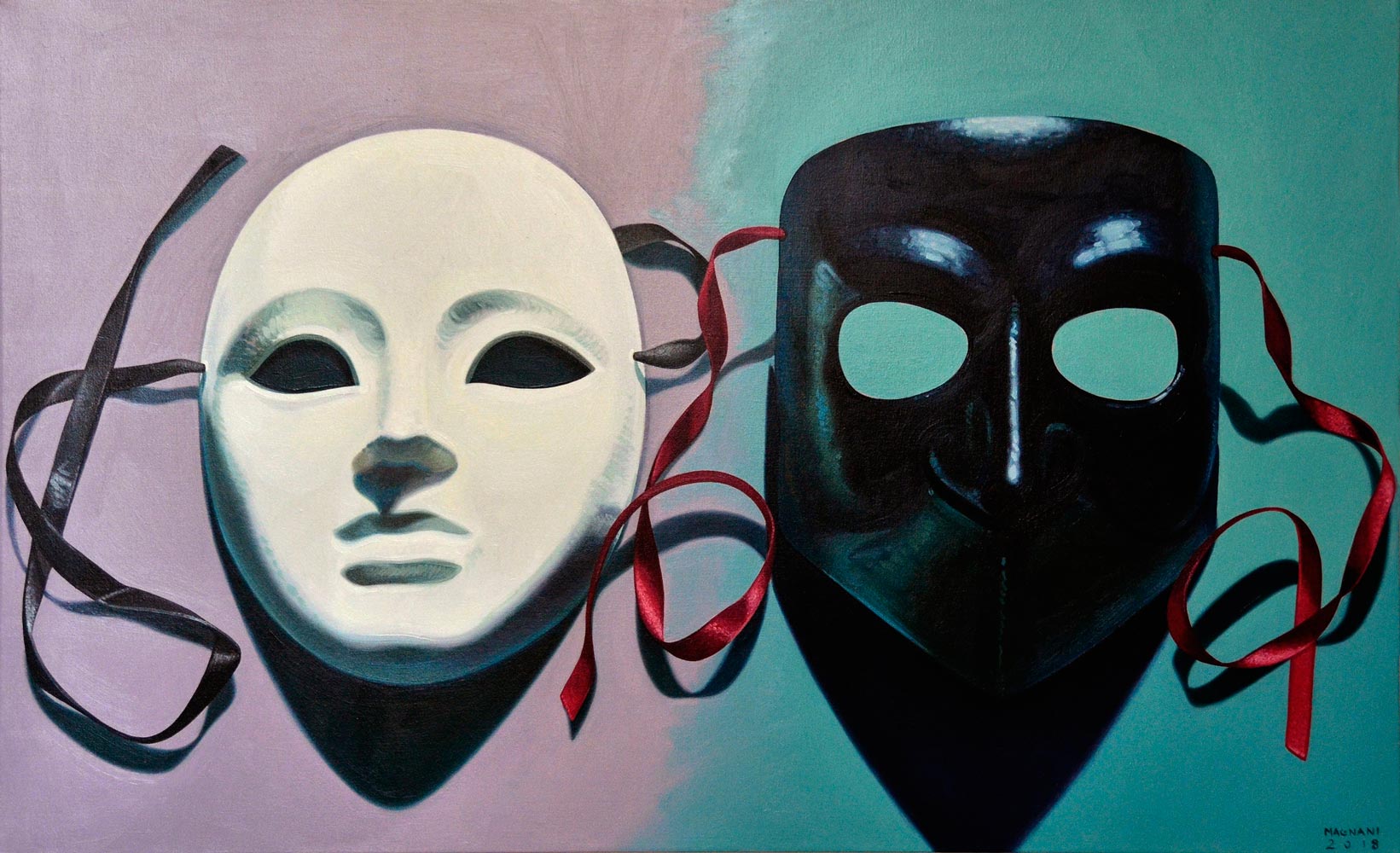 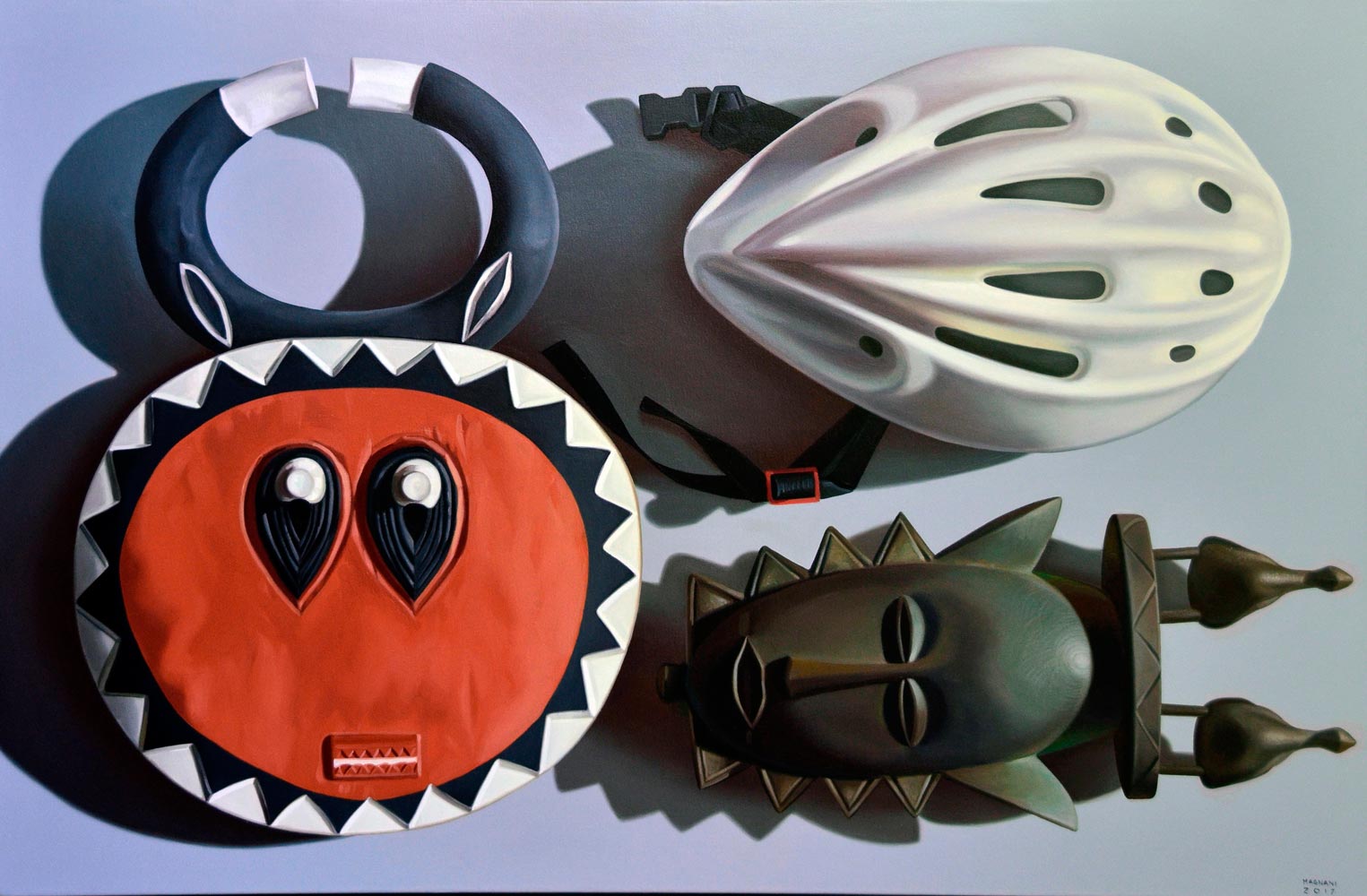 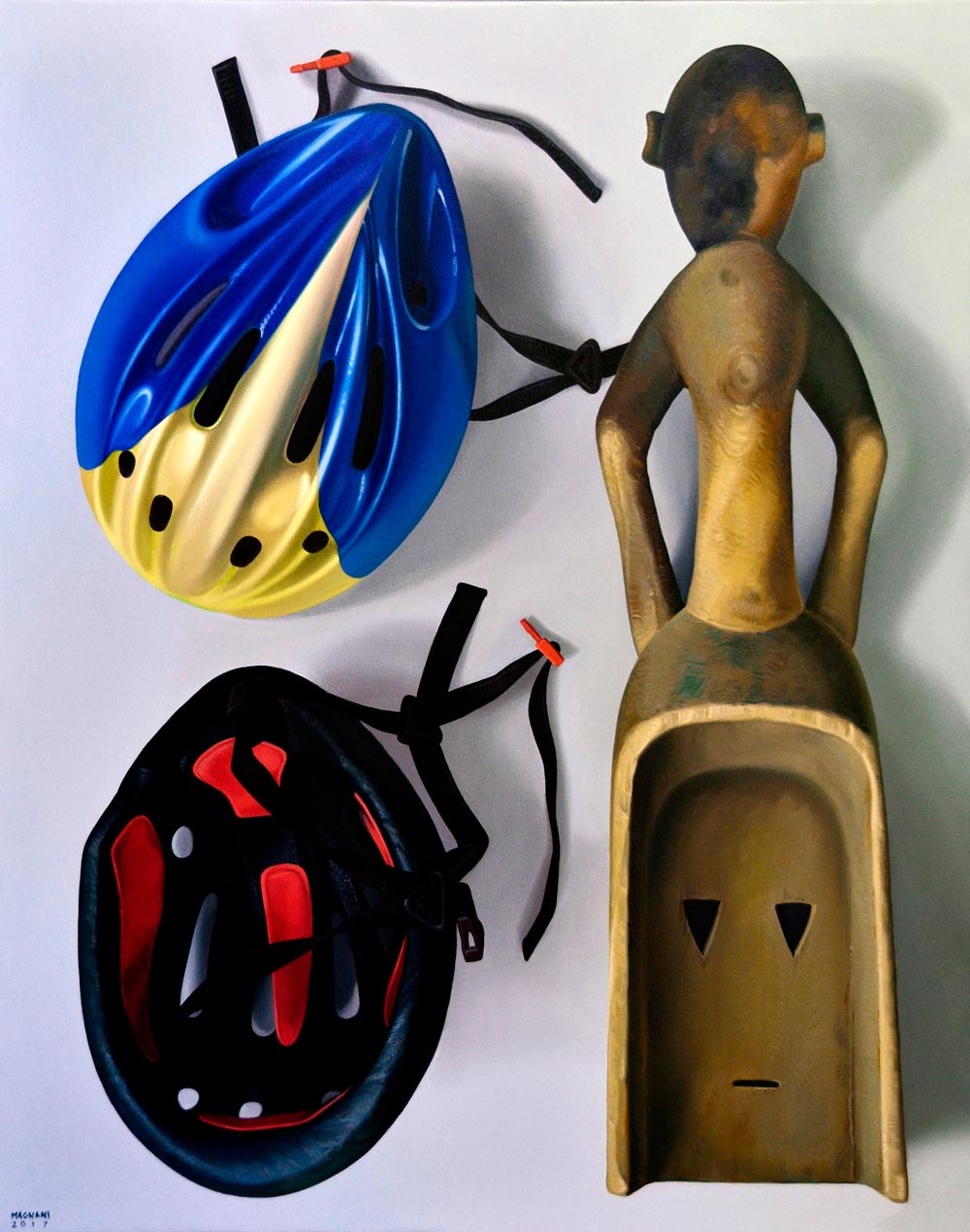 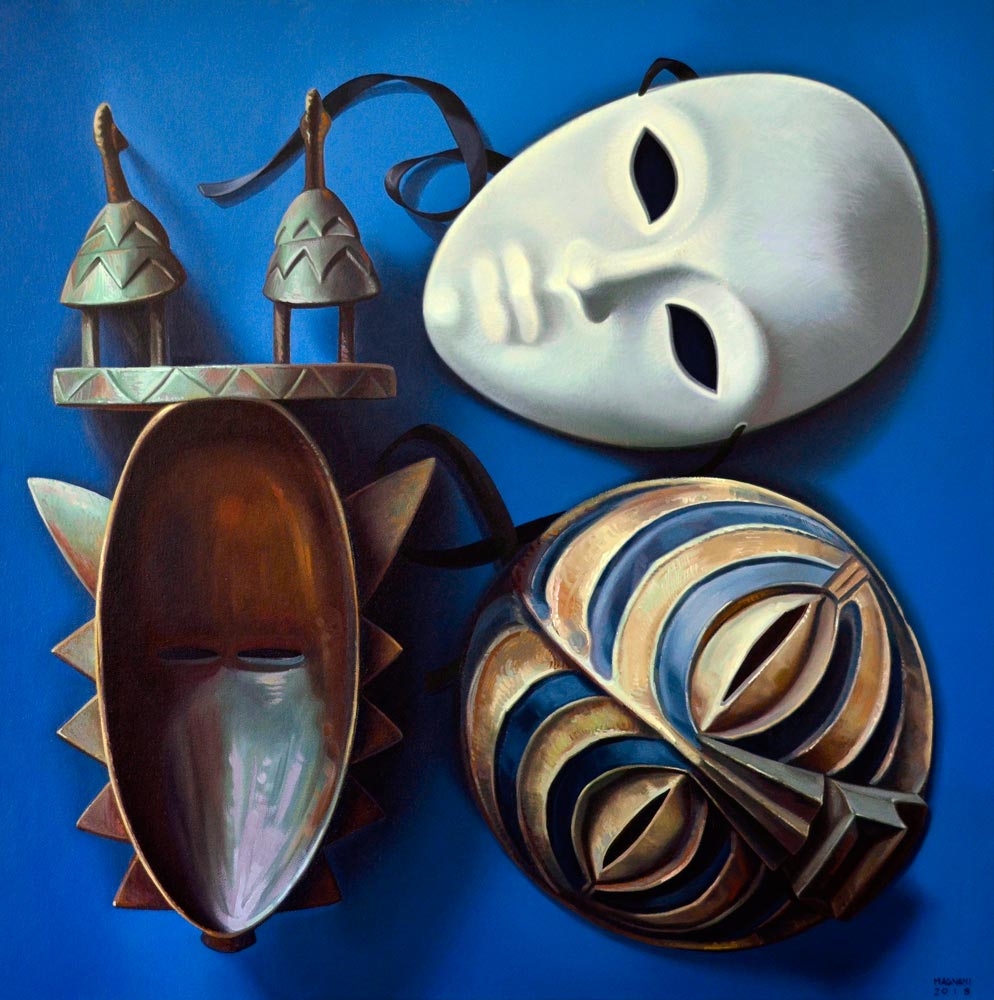 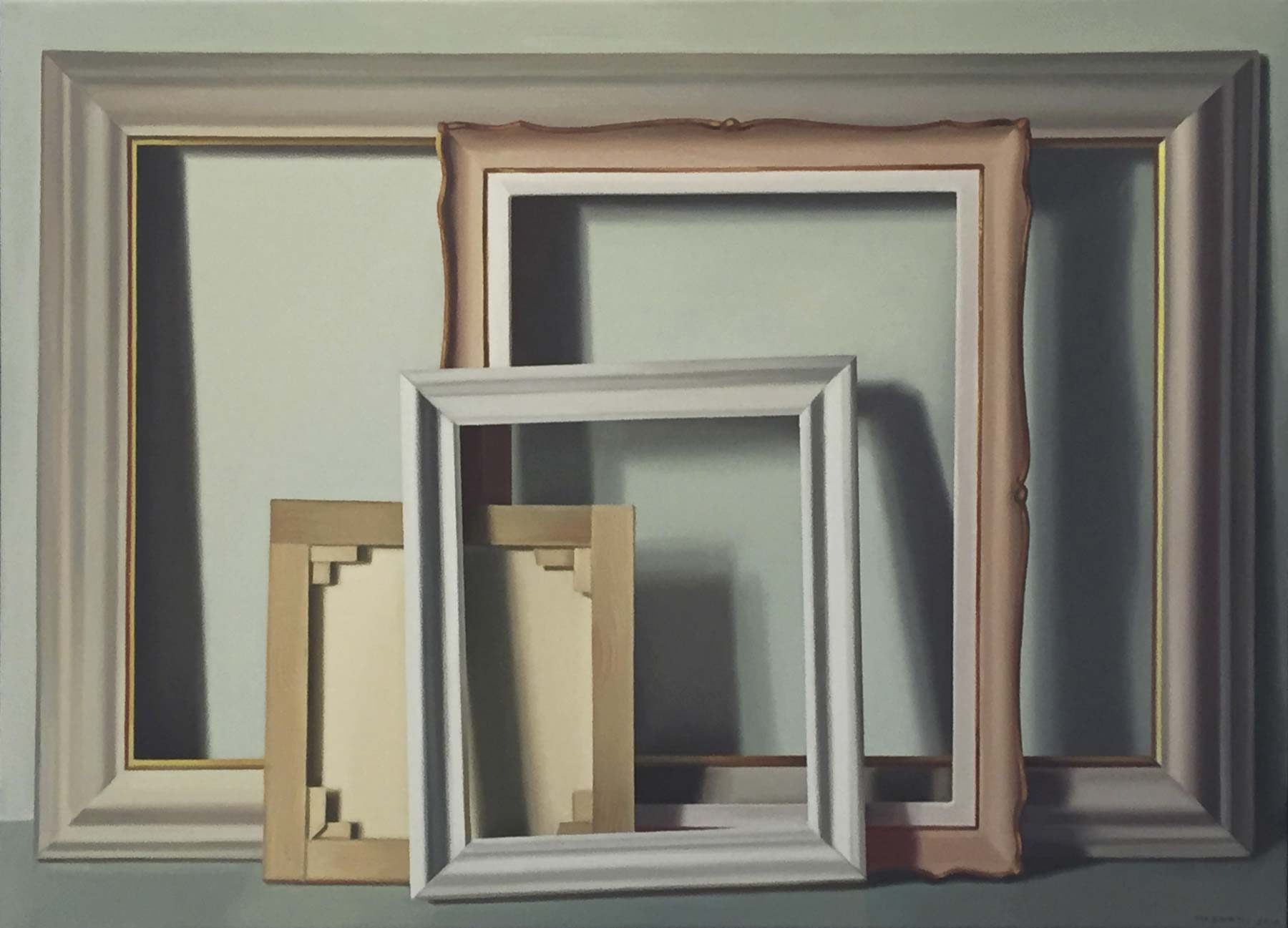 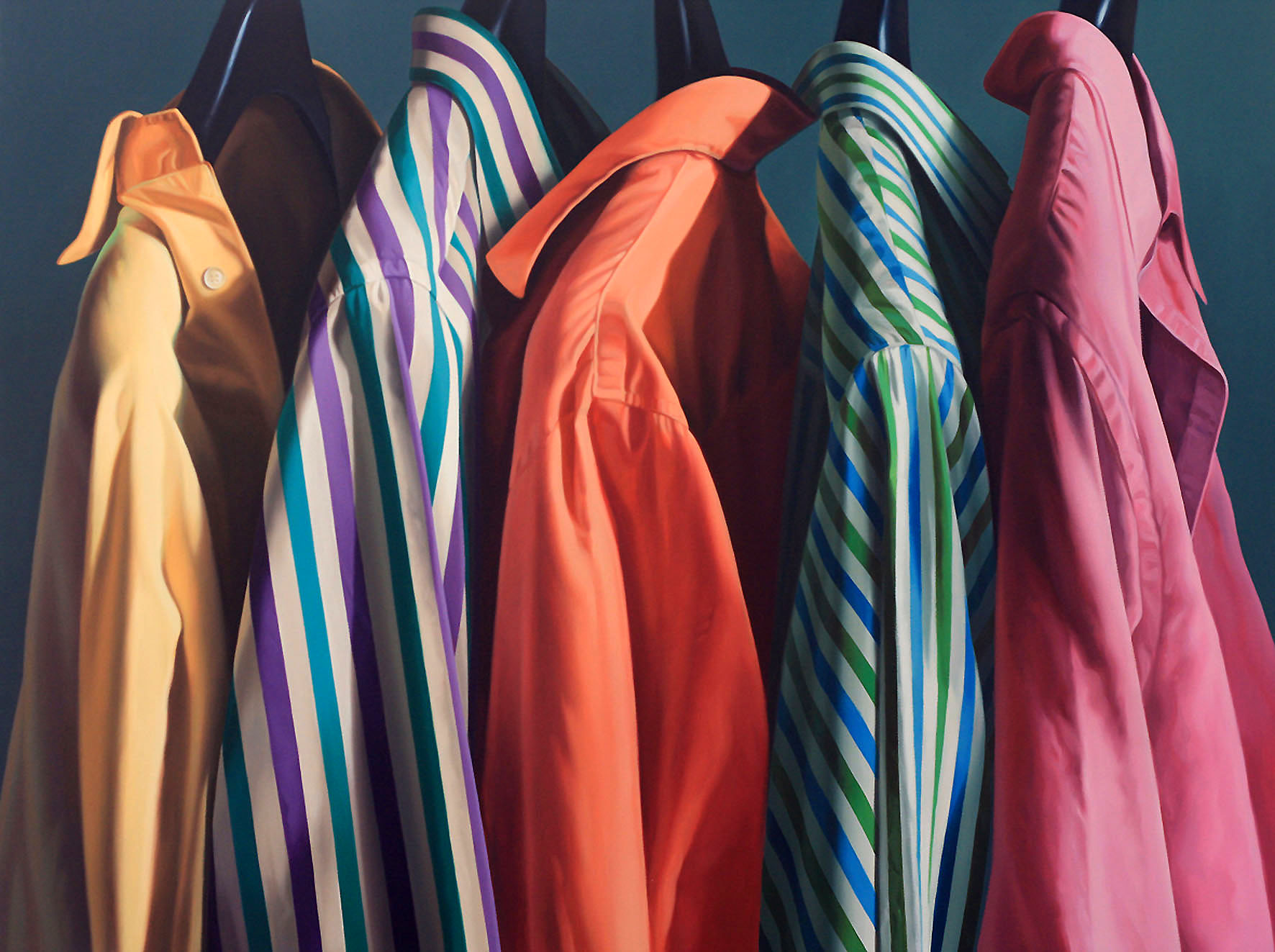 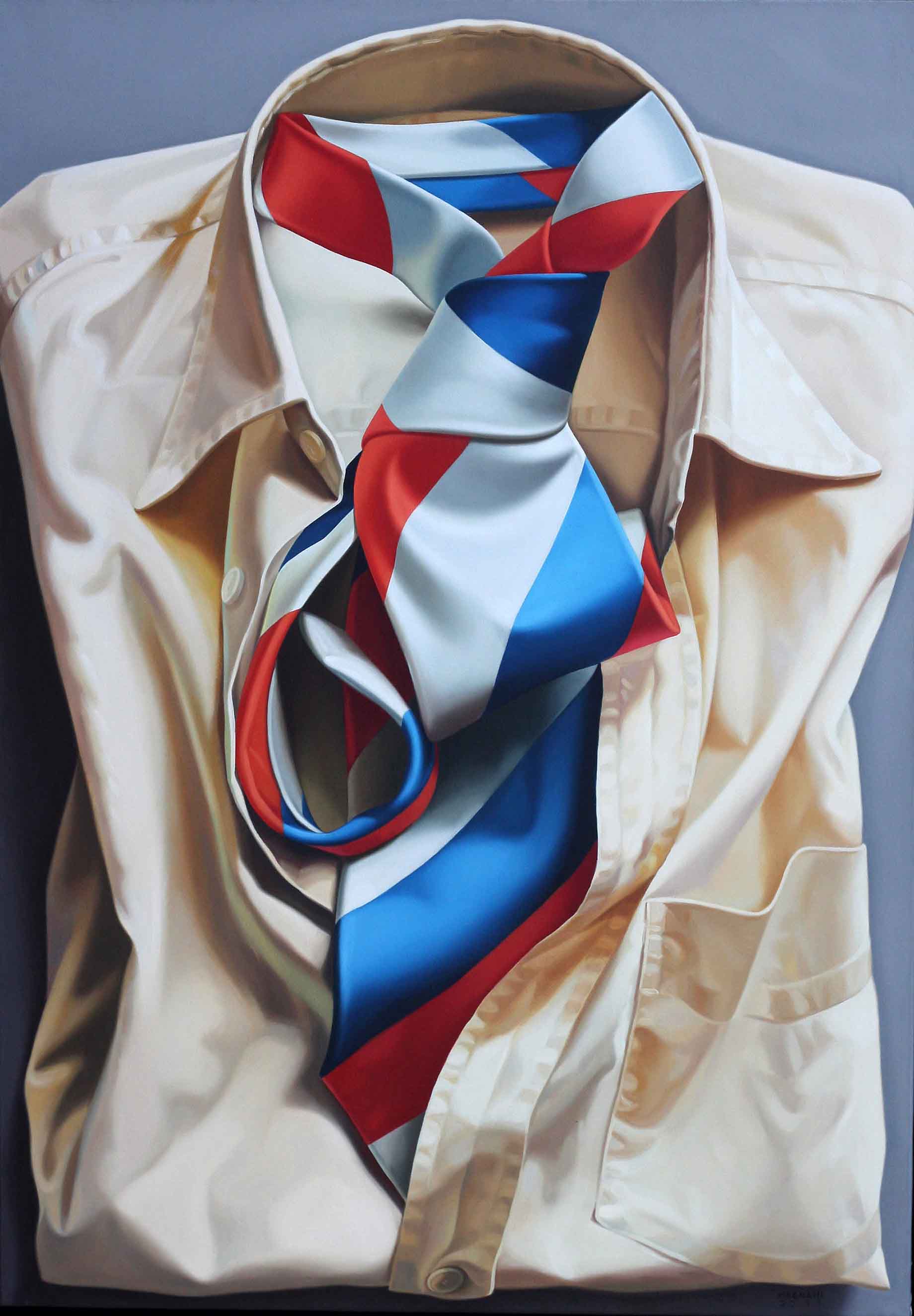 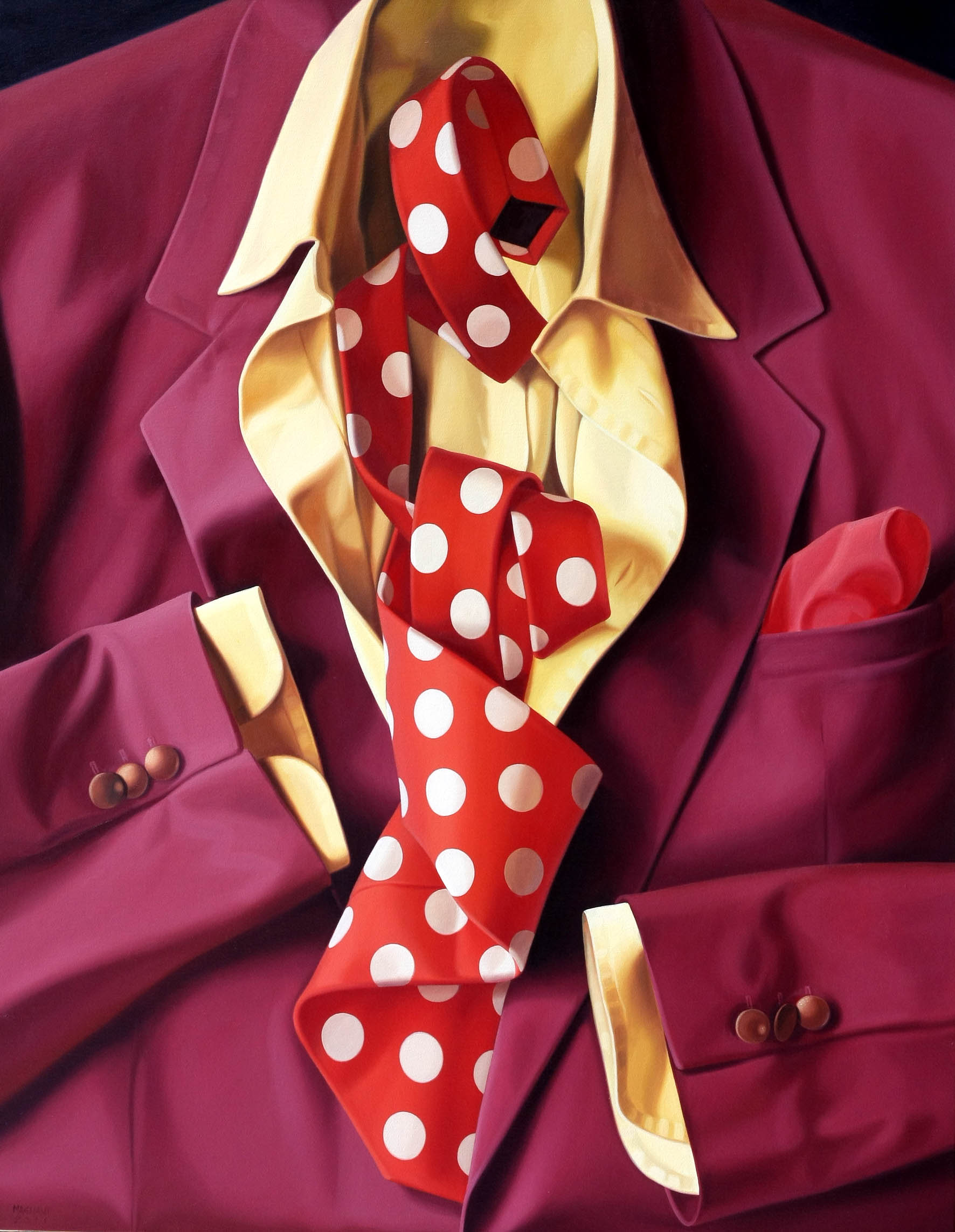 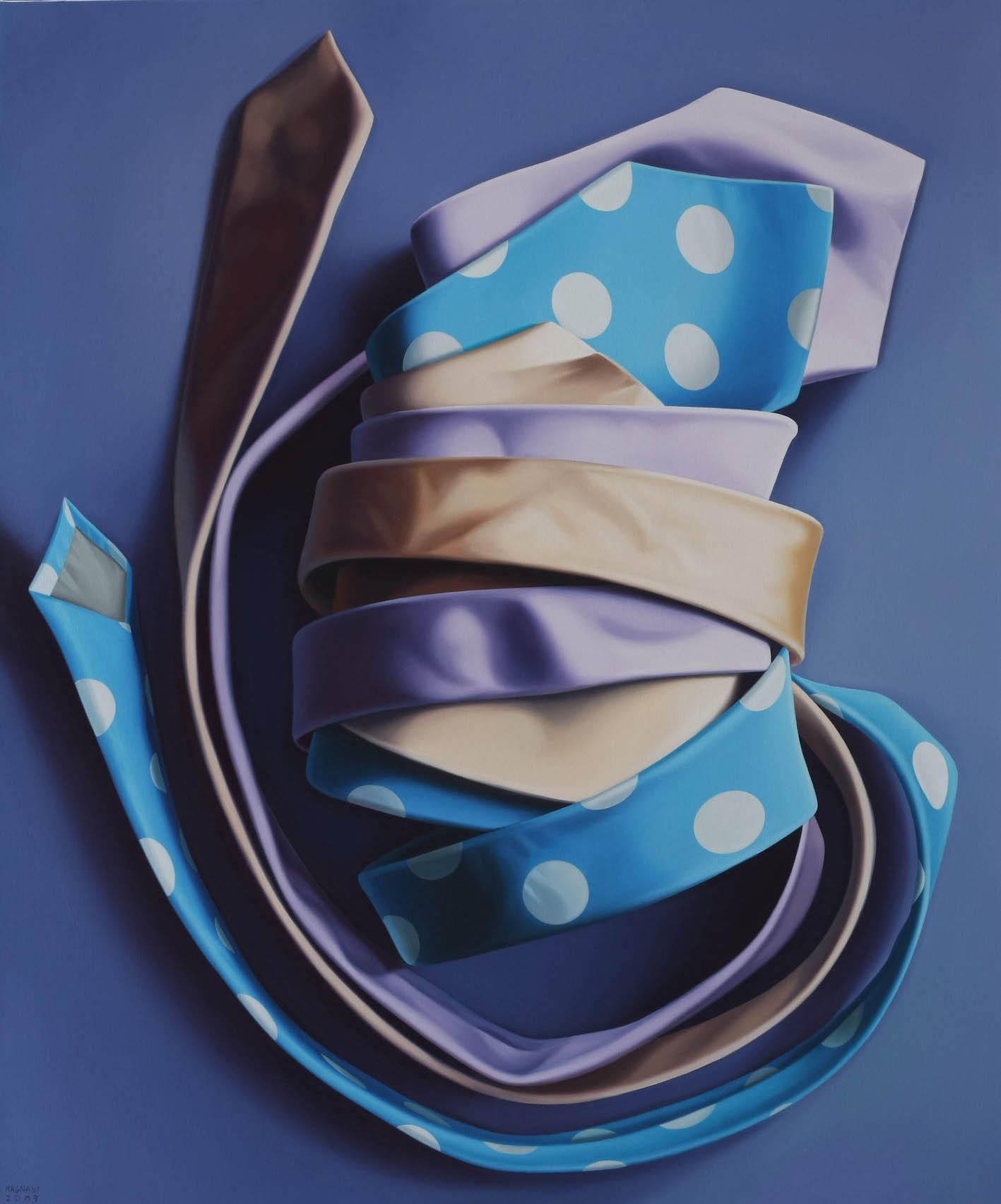 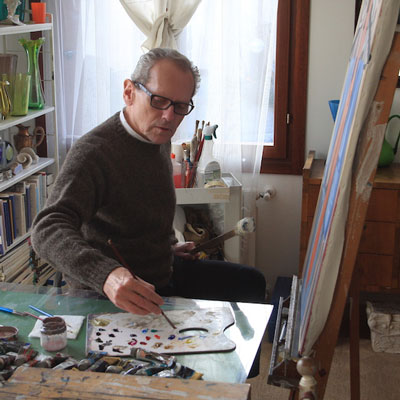 A unique, inexhaustible and always new subject: clothing. According to Alberto Magnani garment represents the absolute symbol of humanity. The choice of displaying mainly masculine clothes is not due to sexist reasons, but to the fact that shirts and ties embody a universal and endless elegance. He uses timbric and crystalline hues: purple, crimson, yellow, light blue, green. Compact and enamelled, never even stained by the idea of soil. Years of experience in the United States and his proximity to Pop Art allowed him this movement with something it didn’t own: a soul. Within the amazing series of clothes man is always there, like a print, a remembrance or an evocation.

Alberto Magnani born in Arborea (Oristano) in 1945. In 1965 he graduated at the senior high school of Brera in Milan specializing in artistic education and in 1974 he visited for the first time the United States. During the 80’s he alternated between long working periods in New York and frequent stays in his atelier in Induno Olona. He took part in various art exhibitions in Italy, Europe and the United States and contributed to projects of editorial graphic. At present time he lives and works in Varese.